The Pandemic Has Crippled Some Craft Distillers, While Others Thrive

Craft distilleries, like most small businesses, have struggled to weather the devastating effects of COVID-19, though some are finding ways to tackle the onslaught of challenges and survive, if not grow. Overall, however, the craft distilling sector is suffering. Sales have fallen by around 41%—or approximately $700 million—and nearly a third of employees have been furloughed, according to a study published Aug. 20 by the Distilled Spirits Council (DISCUS) and American Distilling Institute (ADI). The study—based on a June 2020 survey by ADI of nearly 300 distilleries—attributes a significant portion of the losses to the shutdown of on-site tasting rooms, which drive over half of the business for more than 40% of respondents.

Among those affected is New Mexico's Santa Fe Spirits, which has a tasting room at the distillery as well as a second site downtown; together they accounted for 40% of the company's sales pre-COVID. That revenue is gone, as both venues have been closed since March, and although they're now permitted to do outdoor seating, the summer heat and restrictions on sidewalk tables combine to make reopening near-impossible. Owner Colin Keegan calls the situation “pretty dire,” noting that even with expenses reduced by 25%, operations running with a “skeleton crew,” and the assistance of both the Paycheck Protection Program and a private loan, Santa Fe Spirits can't make ends meet. “A big challenge is just showing up to watch a slow death of what took 10 years to build,” he laments.

Keegan says Santa Fe Spirits could increase its sales by up to 50% if New Mexico permitted direct shipping from the distillery, which some states allow. Among them is Virginia, where Catoctin Creek Distillery has seen a positive sales impact from in-state direct shipping, though co-founder and chief distiller Becky Harris notes that “markets further away are definitely affected.” Catoctin Creek has reduced production in response to its sales declines. 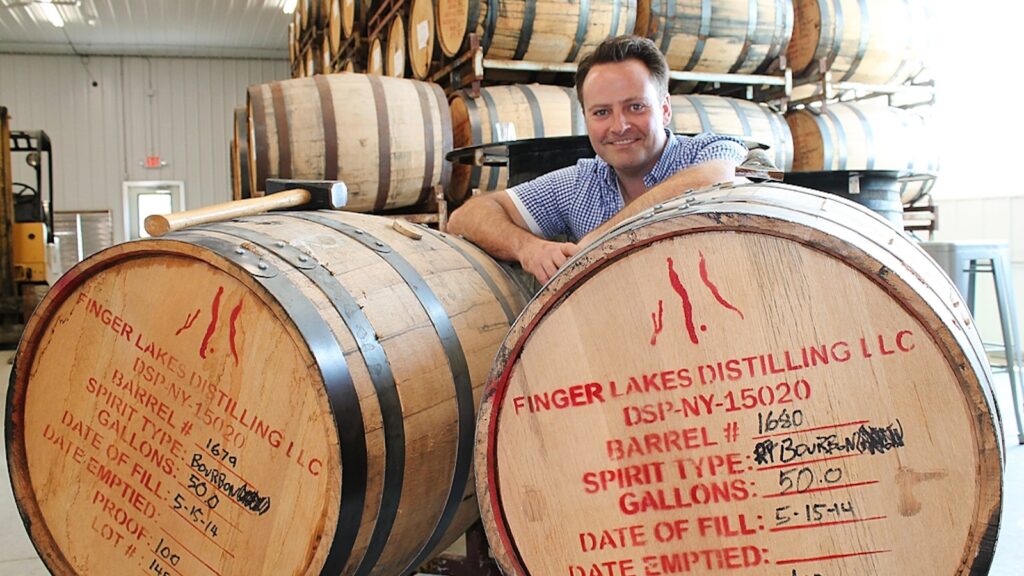 For Some, A Retail Boom

For others, the situation appears less bleak, largely thanks to business models that rely less on tasting rooms and more on traditional retail. “Things didn't shake out quite as bad as the doom-and-gloom scenarios we predicted in March,” says Peyton Mason, CFO at Denver-based Laws Whiskey House. “With people learning to make cocktails, and purchasing whiskey to take home, our off-premise business has done much better than we would've anticipated.” The fact that Laws is a “distribution-focused distillery”—selling more at retail stores—rather than relying heavily on tasting room sales has proved “serendipitous” during the pandemic, Mason adds. “We've put a lot of effort into developing our retail partnerships over the last couple years, and that's paid off tremendously.”

Like so many others, New York's Finger Lakes Distilling had to shut down its tasting room when the pandemic hit in March. Even as the state has gradually reopened, “business is still lacking from bars and restaurants, particularly downstate, where things aren't nearly back to normal,” says president and owner Brian McKenzie. “Fortunately, liquor stores were booming for a while, which kept things going for us, but it still wasn't business as usual.” Since the tasting room reopened in June, “we've actually been pretty busy,” McKenzie notes, adding that the distillery's location works to its advantage. “A lot of people are coming to the Finger Lakes because it's been a relatively safe place right from the beginning—there haven't been many cases of COVID here, you can hold tastings outside, and the weather has cooperated, so we've been pretty fortunate.” 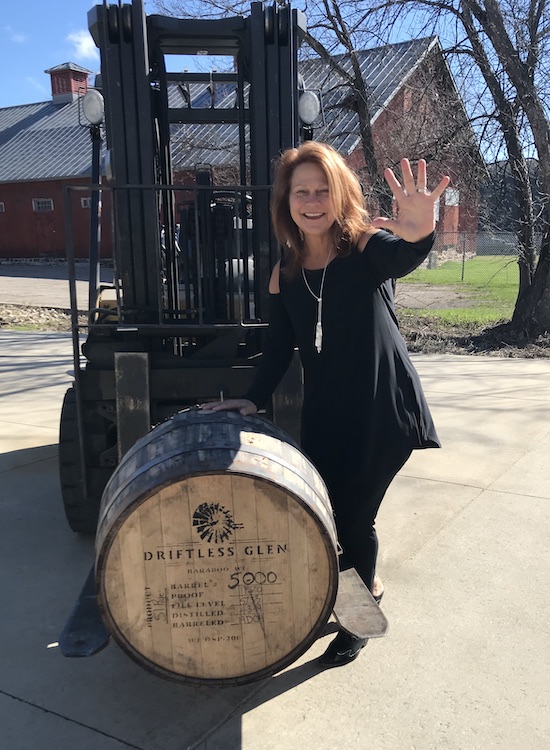 Meanwhile, Baraboo, Wisconsin-based Driftless Glen Distillery is actually doing better than ever, thanks in part to its size. “We're a larger craft distillery,” says CEO and co-founder Renée Bemis, noting that Driftless Glen produces 1,200-1,500 barrels a year. But the distillery also owes its success to the foresight of Bemis and her husband, Brian. “About three or four years ago, we made a strategic marketing plan to push for off-premise [sales],” Bemis explains. “We figured on-premise [business] would come organically from the off-premise.” Their strategy worked out well, as liquor stores have remained open while, in many places, bars and restaurants have closed. “We're probably doing double what we did last year in sales,” Bemis estimates, noting that Driftless Glen's single-barrel program has thrived. And while fewer people are visiting the distillery's gift shop and restaurant—which reopened in May—compared to last year, they're buying more bottles. “Last month [July] we had our best month ever, and this month we're looking to beat that,” she adds.

Single-barrel picks have grown at Union Horse Distilling Co. in Lenexa, Kansas too, which has seen an increase of 45% over projected sales in this area, says co-founder and sales and marketing director Damian Garcia. In addition, the company has offset low bar and restaurant sales with a variety of DIY cocktail and “age your own barrel” kits sold at the distillery. Union Horse has been offering virtual tours and limited-capacity in-person tours, and on the production side, “everything's still firing at our normal levels,” Garcia adds. “Our bottling team has been extremely busy.” 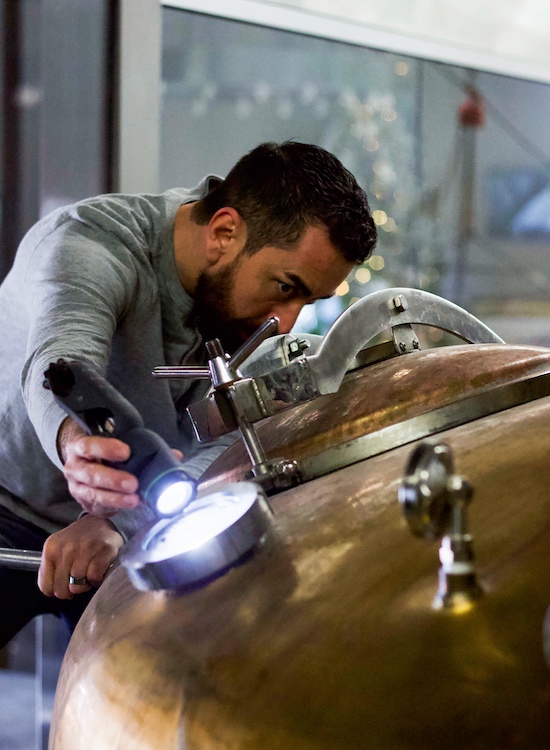 How Whiskey Lovers Can Help

Even for distillers doing relatively well, however, the uncertainty brought on by the pandemic is creating challenges. “We'd love to continue to expand our business, but we're trying to be as conservative as possible,” McKenzie says. “We just don't know the trajectory of things, whether the virus might rear its ugly head again and force us to close down.” Given these circumstances, government assistance in the form of federal excise tax (FET) relief is crucial, he adds. Currently, distilleries benefit from a temporary cut to federal excise tax that's been in effect since 2018 but is set to expire at the end of the year. If legislation fails to pass to extend the reduced rates—$2.70 per proof gallon up to 100,000 gallons, compared to the previous rate of $13.50—it would be “crushing to the industry, especially the small guys.” Fortunately, DISCUS says whiskey lovers can help—by contacting Congress through the Spirits United platform to advocate for permanently lowering FET rates through the Craft Beverage Modernization and Tax Reform Act.

Just as important as advocating for craft distillers: buying their whiskey. “People are buying alcohol one way or another, and as long as they keep local producers in mind, it helps everybody,” McKenzie says. “It doesn't just help the craft producer, but also the local farm that they're buying their grains from, tourism, everything. I think that's the biggest thing—just continue to support us by picking up our products off the shelves.”

Mason believes the stakes are higher than some whiskey lovers may realize. “Small, independent distilleries are important in the broader whiskey world,” he says. “There's absolutely a value to the innovation that's come from them in the last few years, and that's something I think any whiskey enthusiast wants to see continue. Distillers who are trying to push the boundaries of how people think about whiskey and enjoy it—it's important to see those companies on the other side of this.”
News zkostro American Whiskey Craft Whiskey COVID-19