The year 2021 was packed with exciting new whisky releases and a busy calendar of whisky auctions around the globe. Our annual list ranks the world's 20 leading auction houses by the most expensive bottle of whisky they sold in 2021 (excluding cask sales and multi-bottle lots). Hammer prices of the winning bids are shown without buyer's premiums. While half of the bottles are Macallan, the remaining auction houses served up a diverse mix of single malt scotch, rye, bourbon, Irish, and Japanese whiskies to top their sales this year.

2021 MOST EXPENSIVE WHISKY BY AUCTION HOUSE 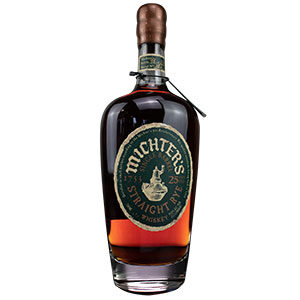 Chicago-based Unicorn Auctions broke their house record several times in 2021, setting a new world record with this 2011 rye from Michter's.

This European auction house sold several bottles of this cask strength independent bottling of Port Ellen, which is unusual to find bottled at such a young age.

The appeal of Karuizawa remains undiminished among collectors, and this Geisha bottling delivered the highest price for this relatively new auction house located next door to Benromach Distillery.

Private Collection Ultra is reserved for Gordon & MacPhail's most precious stocks, and as well as this Glenlivet, the series included a Linkwood 60 year old distilled in 1956, and two Longmorn 57 year olds distilled in 1961 and drawn from twin casks. 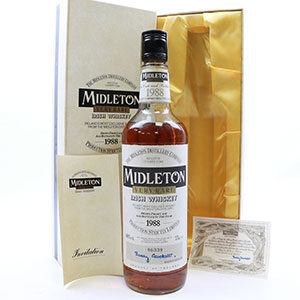 Certain vintages of Midleton Very Rare were produced in smaller quantities, such as 2009 and 2020, and consequently, attract much higher auction prices, but the 1988 release is the rarest of them all.

Drawn from three casks filled on January 14, 1949; Macallan released 900 of these decanters to celebrate the new millennium, so it's always a contender for this list.

Among an array of barrel pick experiences, signed memorabilia, and great bourbon, this auction went live to benefit those affected by devastating tornadoes that hit Kentucky in December. Preston Van Winkle personally donated this Glencairn crystal decanter released in 2009, one of 1,200 produced.

Although it sold for over $100,000 last year, this Macallan Anniversary Malt, drawn from three casks laid down in 1926 and 1928, always draws a crowd.

Sarah Burgess, Macallan's lead whisky maker, selected and created this aged Speyside whisky, the oldest of the six bottles in the Red Collection.

This remarkable-looking decanter was part of a 600 bottle release in 2018 that extended the partnership between Macallan and Lalique.

The bespoke crystal vessel was designed to reflect the architecture of the new Macallan Distillery. 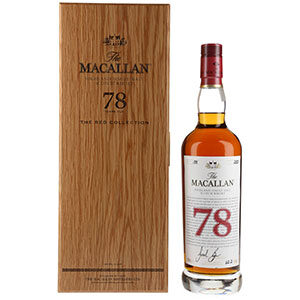 The second of three appearances of this expression on this year's list, the Red Collection reflects the natural red color found in well-aged aged Macallan as well as the life of their founder, Alexander Reid (the Scottish surname Reid meaning ‘Red'), and the red ribbons tied around vintage Macallans from the early 20th century.

Although this is two years shy of the oldest scotch on the market, this Macallan was also Just Whisky's most expensive bottle of 2020.

The penultimate bottling in the Six Pillars Collection arrived in 2014 and comprised a release of 400 decanters shaped to represent Easter Elchies, the spiritual home of Macallan. 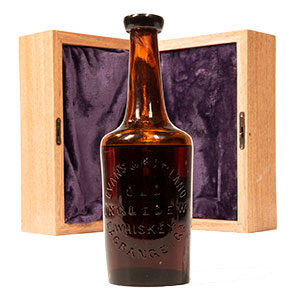 During the pre-auction publicity, Skinner stated that this could be the oldest bottle of whiskey in existence, despite questions surrounding the interpretation and accuracy of the radiocarbon dating. The final auction catalog gave a more measured view and on auction day, it soared to nearly three times its high estimate.

Macallan produced 470 of these decanters in 2005, the first release in the Six Pillars Collection. With deep, rich flavors following decades of maturation in sherry casks, this single malt still has a whiff of peat smoke on the finish like many older Macallans from the early to mid 20th century. 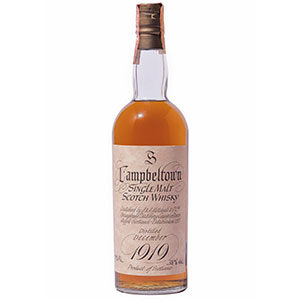 After a muted year of whisky sales, Christie's secured a top 5 place on this list with the sale of this 50 year old Campbeltown whisky bottled at an ABV of 37.8%. It fetched a great price, but this Springbank has sold for more. 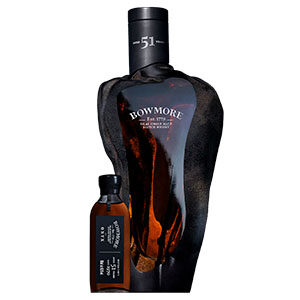 Narrowly beating a bottle of Yamazaki 55 year old to net Sotheby's best single bottle price of 2021, this unique release was created for The Distillers One of One auction, a new biennial charity event. The arresting 1.4-liter hand-blown black glass bottle was inspired by Islay's rugged landscape.

Several bottles of this aged Japanese single malt went under the hammer in 2021 and prices remained strong wherever it appeared. Like with Bonhams in 2020, Yamazaki 55 year old achieved second place in the rankings, although Whisky Hammer's best price still fell short of the auction record. 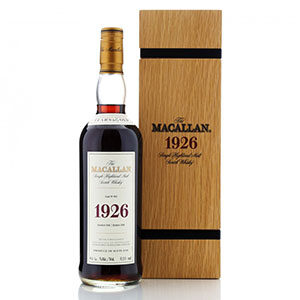 This Macallan was the only million-dollar whisky sold in 2021 and set a new house record for Whisky Auctioneer during the $10 million Perfect Collection sale. The winning bid was 31% higher than the most expensive single bottle auctioned in 2020, although it did not set a new world record. This marks two years at the top of our chart for Whisky Auctioneer-can they make it a hat trick in 2022?