There may be tequila cask-finished scotch on the horizon, as the rules for permitted cask types in scotch production have just been updated to include a much broader range of options than before. And Beam Suntory has announced that it will be bringing back Knob Creek bourbon's 9 year old age statement starting in 2020. In addition, the company is transforming Baker's from a batched bourbon to a single barrel offering—still at 53.5% ABV and 7 years old—later this year. The company says there are no immediate plans to change the price on Knob Creek, although Baker's will now be priced at $60. We'll report more on those developments as details become available.

While we wait for those bottles to roll out, there are plenty of new whiskies coming out much sooner. Heavy metal band Slipknot has collaborated with Iowa's Cedar Ridge Distillery to release two American whiskeys, both a blend of bourbon and rye. Slipknot No. 9 Iowa whiskey ($40) and Slipknot No. 9 Reserve Iowa whiskey ($70) are hitting shelves nationwide in August.

Irish whiskey brand Barr an Uisce has two new releases as well. Barr an Uisce Wicklow Hills ($35) is a blend of grain and single malt whiskeys finished in oloroso sherry casks; it's widely available for $35 starting in August. Meanwhile, there are just over 1,800 bottles of Barr an Uisce 1803 16 year old single malt, aged in bourbon casks, coming to the U.S. for $120 each.

Sullivans Cove, one of Australia's oldest whisky distilleries, is re-releasing its Double Cask single malt in the U.S. after an absence of several years. Priced at $300, there are roughly 900 bottles available. Sullivans Cove has also bottled two single-cask whiskies for the U.S. only—a 10 year old American oak cask ($500; 200 bottles) and a 17 year old American oak cask ($900; 130 bottles). All three whiskies are for sale in New York and California.

Finally, Minnesota's Tattersall Distilling has unveiled a collaboration with celebrity chef Justin Sutherland. Tattersall Signature Series Single Malt combines several mashbills made at the Minneapolis distillery. The whiskey is for sale in the Twin Cities for $50.

6/23/19: This post has been updated to reflect additional information about the price of Knob Creek and Baker's. 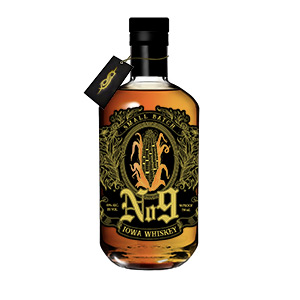 A blend of straight bourbon and straight rye made at Winthrop, Iowa's Cedar Ridge Distillery and aged for 3-4 years, this whiskey was created by Clown, the percussionist for Slipknot. 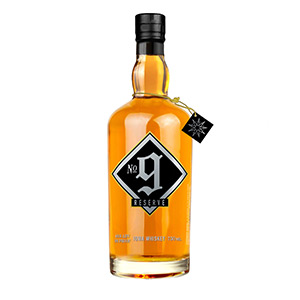 Similar to the whiskey above, this is a blend of straight bourbon and straight rye—all aged at least 4 years—from Cedar Ridge, bottled at 49.5% ABV.

Shawn "Clown" Crahan is a native of Des Moines, where he and other bandmates formed Slipknot in 1995, so it makes sense that the band's collaboration would be with an Iowa distillery. Cedar Ridge has been making bourbon, rye, and other whiskeys since 2005, often using grain from its own farm.

Both of these whiskeys will be available nationwide starting in August, as well as atKnotfest Roadshow. 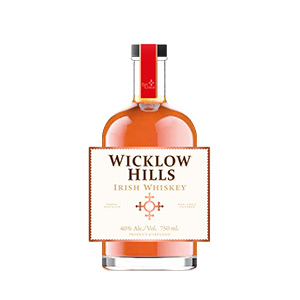 This is a blend of 79% grain whiskey and 21% single malt whiskey, all aged 3-4 years, and finished for 3 months in oloroso sherry casks. 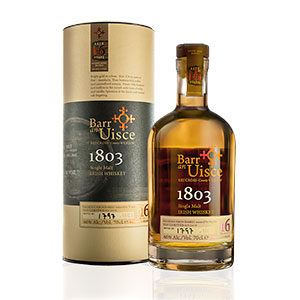 This single malt whiskey matured for 16 years in bourbon barrels.

Barr an Uisce sources the whiskeys for its single malts and blends from Teeling, which has a deep stock from Cooley Distillery. (The Teeling family owned Cooley until 2011, when they sold it to Beam Suntory.) The Barr an Uisce brand touts its use of Wicklow water in proofing the whiskeys and, indeed, "uisce" means "water" in Gaelic. The brand's other whiskeys include a 10 year old single malt and Rare blend, made with 80% grain whiskey and 20% 10 year old single malt. 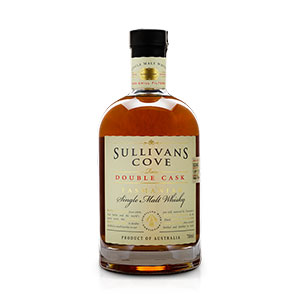 Age: Not stated, but at least 11 years old

After an absence of several years, Sullivans Cove Double Cask is returning to the U.S. This whisky was made in Tasmania, Australia, and the current batch—available in the U.S. only—is a combination of two French oak casks (12 and 18 years old) that formerly held Australian tawny port-style wine and two American oak bourbon casks (11 and 12 years old). 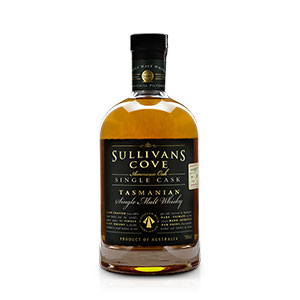 This single cask of single malt was matured for 10 years in a bourbon barrel. 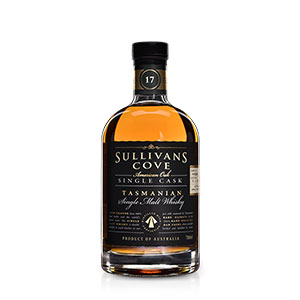 Also a single cask whisky, this single malt spent 17 years in a bourbon barrel. It's bottled under Sullivans Cove's Old & Rare label, which is reserved for whiskies aged 16 years or more.

Sullivans Cove was the second modern whisky distillery to open in Australia, way back in 1994, and it made single malt whisky under the radar for years. That changed after some notable award wins, and the distillery couldn't keep up with global demand for its whiskies. So while you may have seen Sullivans Cove on shelves several years ago, it's been a while since the distillery exported to the U.S. Even now, there aren't very many bottles of these three whiskies—and the price has gone up considerably from before—but if you're looking for a taste of Tasmanian whisky, Sullivans Cove is the best option. These whiskies are for sale in New York and California only, mainly through Astor Wines & Spirits and K&L Wine Merchants. 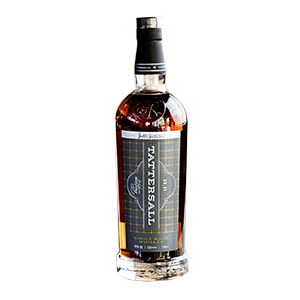 Age: Not stated, but at least 2 years old

This single malt whiskey was made at Tattersall Distillery in Minneapolis, the result of a collaboration between Tattersall head distiller Bentley Gilman and chef Justin Sutherland, Top Chef season 16 participant who helms several restaurants in the city. The whiskey combines three different single malt styles: mesquite-smoked, applewood-smoked, and one made with chocolate malt. There are 1,200 bottles available in the initial run, with more to come if there's enough demand.

Tattersall is releasing this whiskey on Tuesday, June 25, and after that it will be available in Sutherland's restaurants—which include Handsome Hog as well as six other venues—as well as at retail outlets in the Twin Cities and online at France44.com. The Signature Series brings together Tattersall and "notable artists and artisans" from across the country to create unique spirits, which will not always be whiskey, as Tattersall makes 30 different types of spirits. The next collaboration is already in the works.