Memorial Day is on Monday, May 28, and if you're looking to show your support of our nation's armed services through whisky, look into some of the distilleries founded and run by veterans. You may just find your new favorite bourbon, rye, or corn whiskey.

Or check out this week's newest whiskies. Smooth Ambler has unveiled Big Level, a 5 year old wheated bourbon made entirely at the West Virginia Distllery. Smooth Ambler had previously released a wheater, and this whiskey is made with the same mashbill, process, and barrels, but, according to director of sales John Foster, the team has "gotten better at divining the best of our own-make." Big Level—which is named for the area of West Virginia where Smooth Ambler is located—is 100 proof and costs $55. It's distributed in around 26 states currently.

Next up, Old Carter Whiskey Co. is rolling out its second batch of rye, after Batch 1 (released in early March) sold out. Founded by Mark and Sherri Carter—who were previously partners in Kentucky Owl, before that brand was sold to SPI Group—Old Carter uses sourced whiskeys to create blends; each batch will have a unique flavor profile from the others. Bottled at barrel proof, Old Carter Rye is currently available in Kentucky for $179.

How often do you run across a whisky made behind the Iron Curtain? Close to never—except that now you can get your hands on a 28 year old single malt made in then-Czechoslovakia. Hammerhead was made with Czech barley dried over Scottish peat and aged in Czech oak. It's bottled at 51.2% ABV and costs $350. A single-cask bottling, just 300 bottles are available, all in the U.S.

Texas-based brand Oak & Eden has debuted its first two whiskeys, a bourbon and a rye. Both are made in Indiana and aged for two years before being bottled with an oak spiral—a patent-pending technique the company calls "bottle finishing." They are 45% ABV and are available in Texas only for around $40-$45 a bottle.

In addition, Tennessee's Chattanooga Whiskey is releasing two new experimental batches. Batch 007 is a straight rye malt whiskey, while Batch 008 is a single malt. Both whiskeys are bottled at 51% ABV and available for $80 at the distillery while supplies last.

Finally, Prestige Imports has teamed up with the Boone and Crockett Club for a new line of whiskeys honoring the Teddy Roosevelt-founded conservation group. Boone and Crocket Club Whiskies (their spelling) will be releasing a straight bourbon, straight rye, and American blended whiskey, each sourced from undisclosed distilleries, on July 4th. Read on for full details. 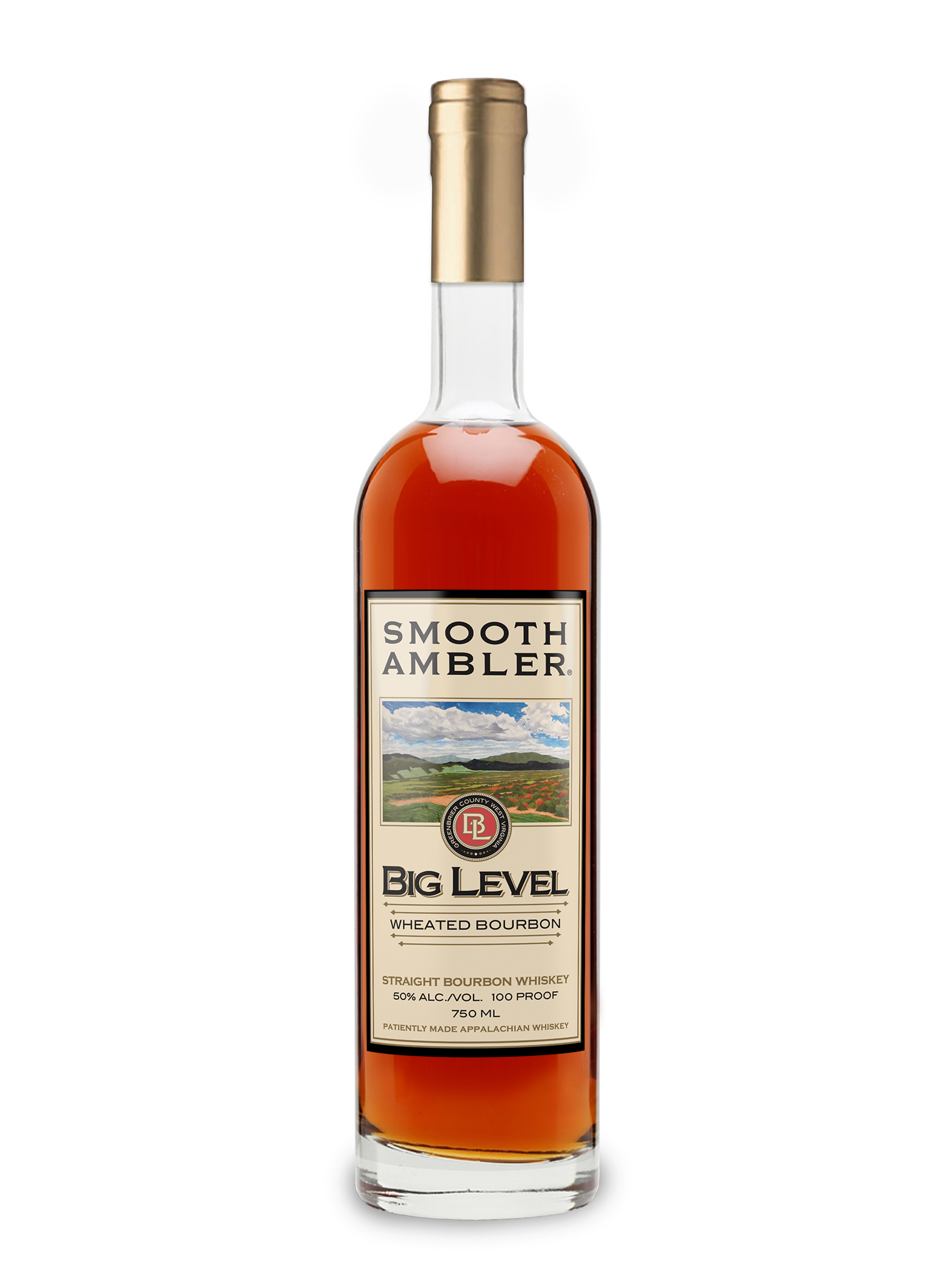 Age: Not stated but at least 5 years old

This is a wheated bourbon made at Smooth Ambler's Maxwelton, West Virginia distillery. It is aged for a minimum of five years. The name Big Level refers to the area of West Virginia where the distillery is located.

Although best known for its Old Scout whiskeys, which are sourced from other distilleries, last year, Smooth Ambler released its own Wheated Bourbon, made entirely on-site. Big Level is a relaunch of sorts for that whiskey. It is the same mashbill and barrels, but a bit older at 5 to 6 years, and director of sales John Foster says, "Frankly I think we've just gotten better at divining the best of our own-make." Whisky Advocate gave Smooth Ambler Wheated Bourbon 84 points. We look forward to tasting and reviewing Big Level soon—stay tuned. 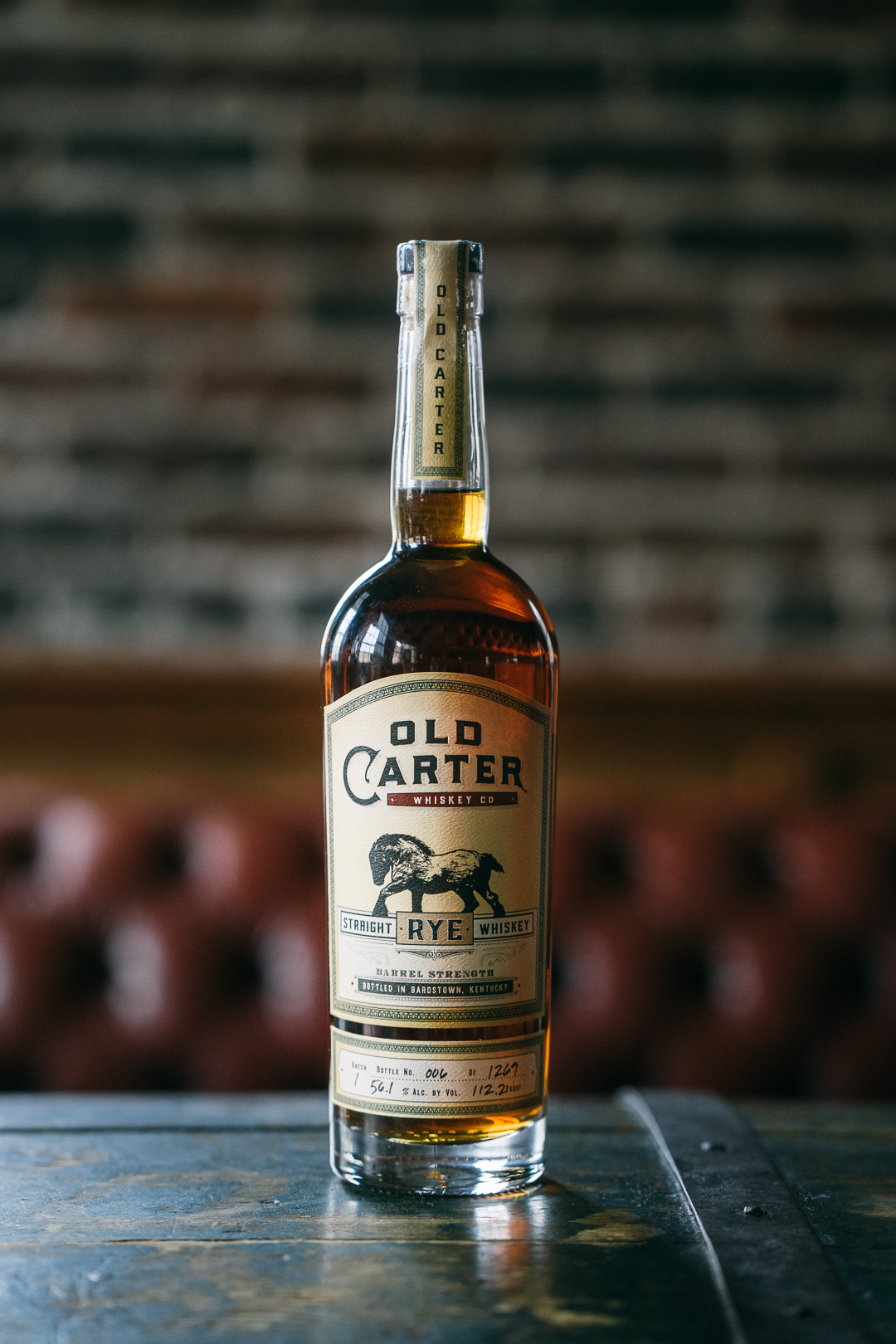 Availability: 1,289 bottles in Kentucky only

This is a blend of rye whiskeys, made with a 95% rye mashbill in Indiana (which means it was made at MGP Distillery). The blend was produced by Mark and Sherri Carter, who were partners with Dixon Dedman in Kentucky Owl before that brand was bought by SPI Group in 2017. Each blend of Old Carter will have a unique flavor profile.

Mark Carter has been making acclaimed wines under the Carter Cellars label for nearly two decades. After the success of Kentucky Owl, he and his wife, Sherri, wanted to continue in the bourbon and rye business. Old Carter released its first straight rye in March, with Batch 2 launching in June; the first bourbon will be arriving in September. Currently all the whiskey is sourced; however, the Carters have been contract-distilling straight bourbon and rye at undisclosed Kentucky distilleries for use in future blends. 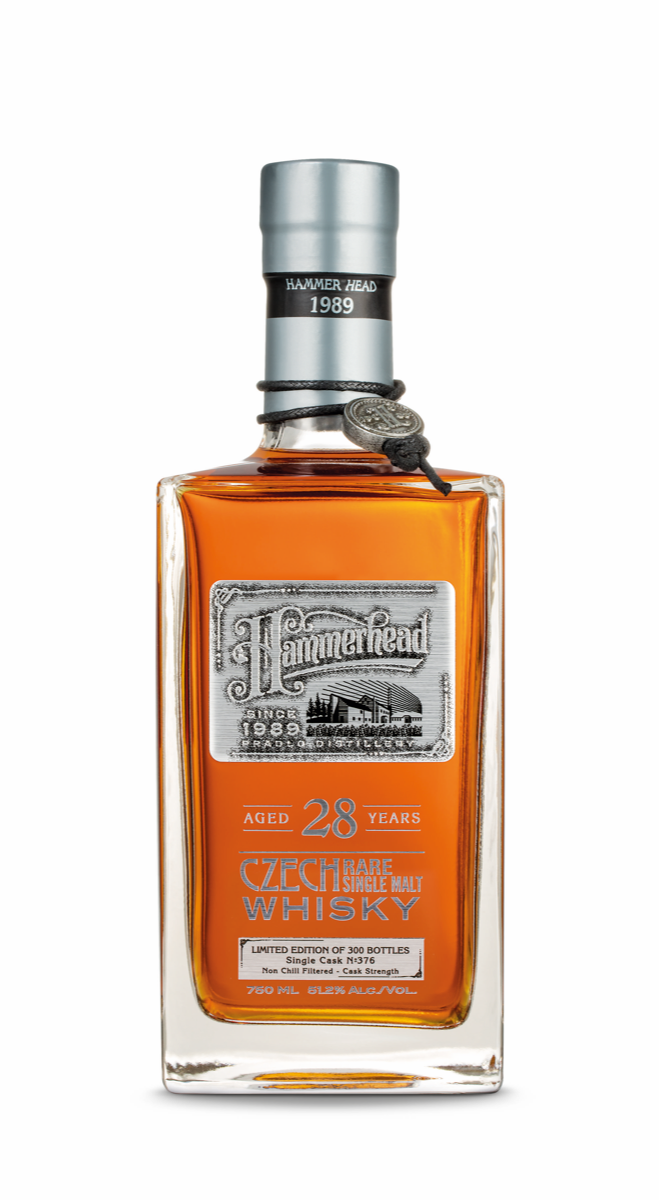 Availability: 300 bottles for the U.S. only

Back in 1989, Prádlo Distillery, located in what was then Czechoslovaia, distilled this single malt whisky using local barley—some of it dried over Czech peat. The whisky then aged in Czech oak casks. Some of those casks have surfaced in the last few years; this bottling, from Glass Revolution Imports, is available only in the U.S.

This whisky was distilled just before the fall of Communism in Czechoslovakia, known as the Velvet Revolution, which took place in November and December 1989. It lingered in casks, unbottled, for nearly three decades—far longer than it would have otherwise spent aging, had the country not been so suddenly opened to an inpouring of Western products, including whiskies. It's got a unique flavor all its own, no doubt in part to both the Czech oak and peat, which after 28 years seems to have softened into a vegetal, almost pickle-like flavor. Consider this a unique taste of history. 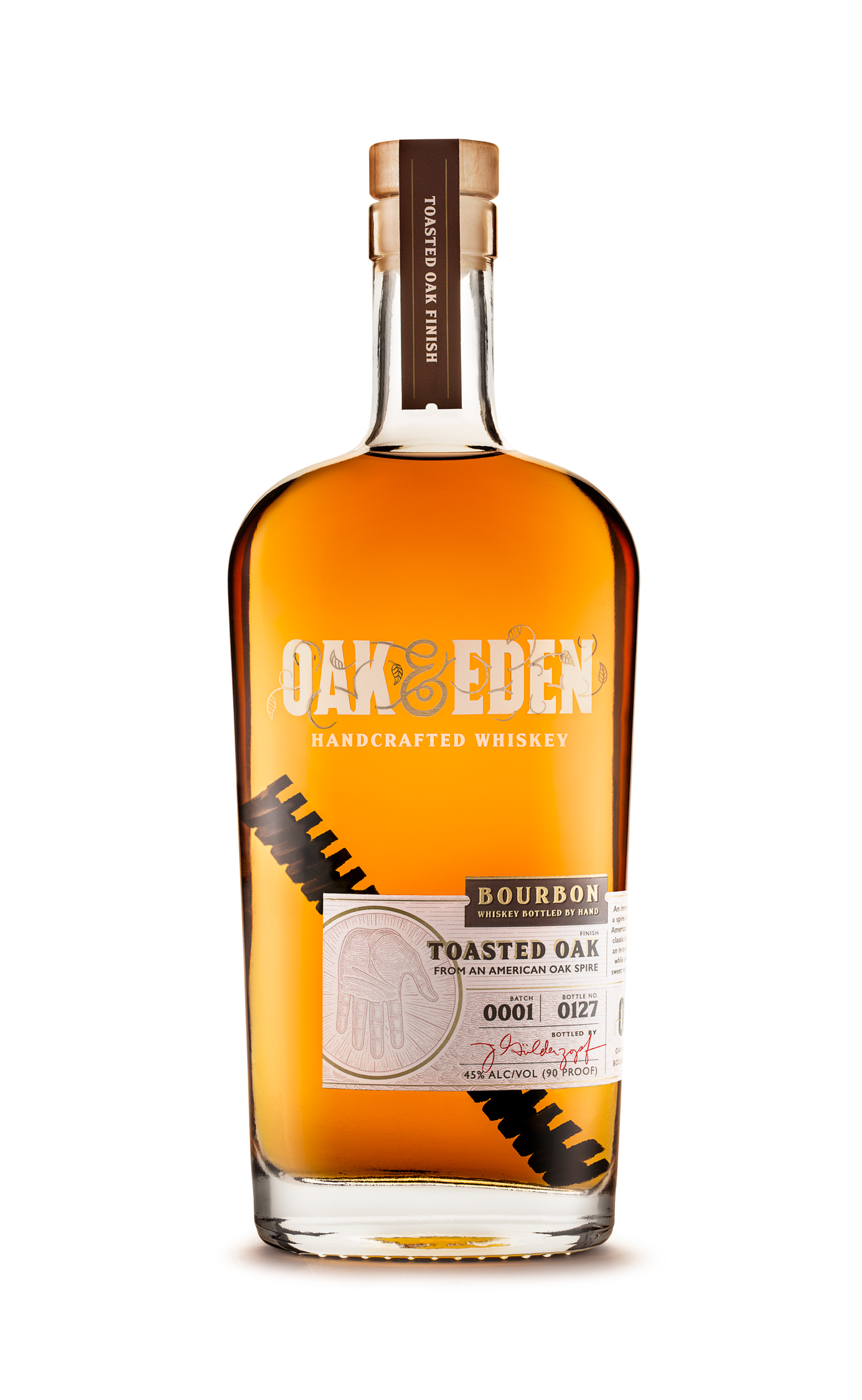 Age: Not stated but both 2 years old

A new brand sourced from Indiana and based in Texas, Oak & Eden calls itself "bottle finished whiskey" thanks to the placement of wood spirals into each bottle of bourbon and rye. The patented spirals impart additional flavors onto the whiskeys, which have been initially matured for two years in new charred oak barrels. The bourbon features a toasted oak spiral, while the rye has a charred oak spiral.

Oak & Eden currently sources its whiskey from Indiana (so, MGP Distillery), with plans to open its own distillery in the next few years. There are other craft distilleries that use oak spirals to add flavor to their whiskeys, but none have done so at the bottling stage. Oak & Eden says its bottle-finishing process is patent-pending. 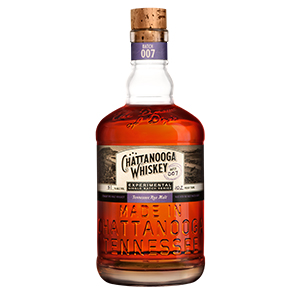 Availability: 330 bottles at the distillery only

With a mashbill that is majority rye malt, including some caramel rye malt, this whiskey was aged in both 25- and 53-gallon barrels. 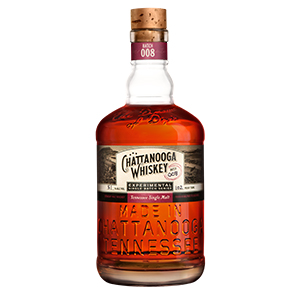 Availability: 330 bottles at the distillery only

This whiskey was made with four types of malted barley: dark Munich malt, double roasted crystal malt, chocolate malt, and pale malt. It was aged in both 25- and 53-gallon barrels and finished in barleywine-style beer barrels.

Chattanooga Whiskey creates its Experimental Series whiskeys on a 100-gallon column still. Each batch uses different ingredients, techniques, and/or barrels to create unique products. Past Experimental Series batches have included the use of smoked beer barrels, smoked malted barley, high-malt mashbills, and more. Batch 007 and Batch 008 will be released on May 30 at a party at the distillery, and will be for sale at the distillery only. 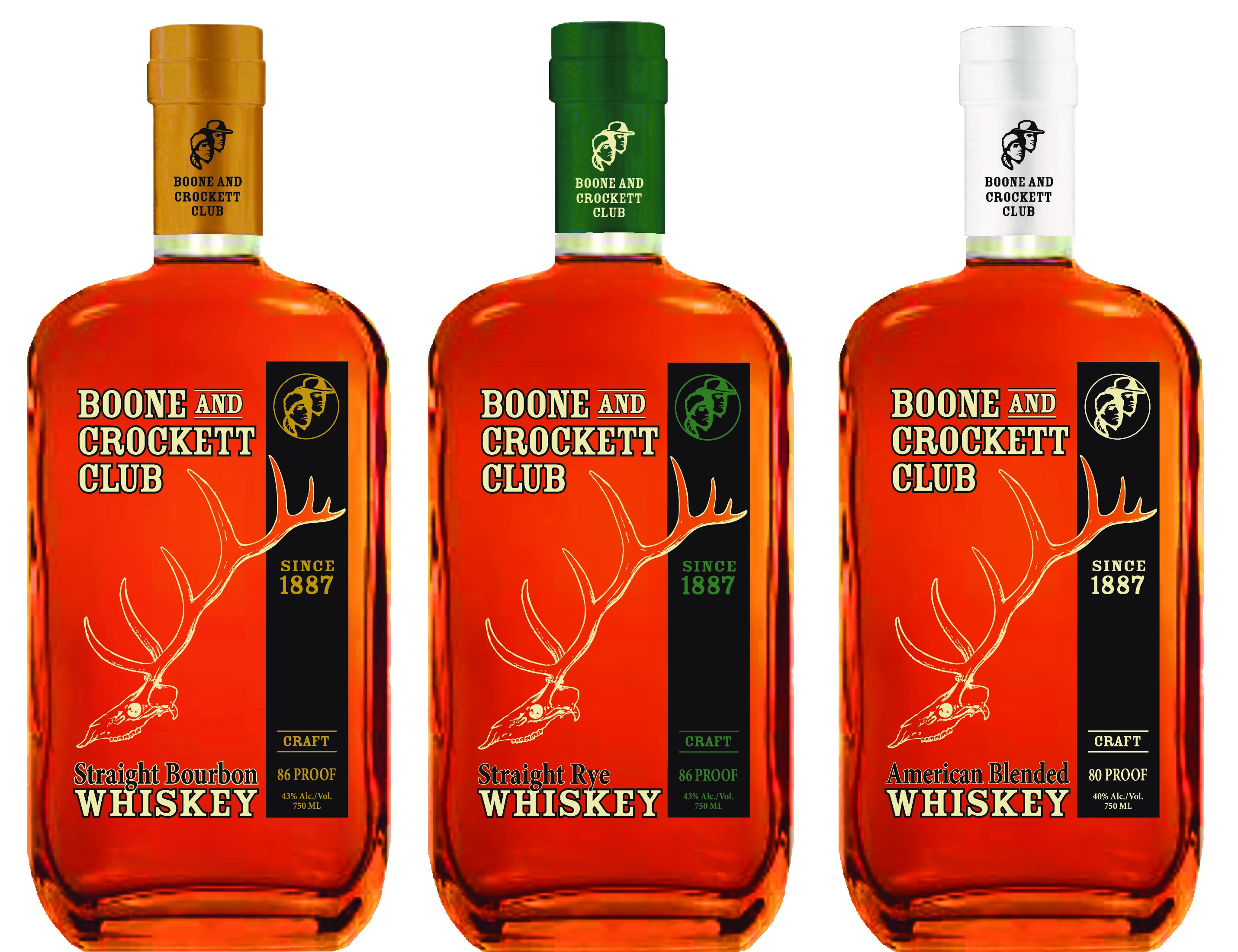 Distilled in Tennessee at an undisclosed location, this straight bourbon was aged for two years.

Similar to the straight bourbon, the straight rye comes from an undisclosed Tennessee distillery and was aged for two years.

This blend includes 30% Tennessee-sourced bourbon, with the remaining 70% a neutral grain spirit.

Named after Daniel Boone and Davy Crockett, the Boone and Crockett Club was founded by Theodore Roosevelt in 1887 with the mission to conserve wildlife and the habitats they depend on. The new line of whiskeys by the same name will support those causes by sending a licensing fee and a contribution to each state's hunting and fishing club's conservation efforts. The more whiskey sold in each state, the more conservation projects can be completed there.