Stranahan's makes only one style of whiskey—American single malt—and uses local barley from the town of Golden in the foothills of the Rockies, yeast from Colorado Springs, and snowmelt from Boulder's Eldorado Canyon for its water. The distillery offers a number of expressions: Original, Snowflake, Diamond Peak, Sherry Cask, Blue Peak, and Mountain Angel 10 year old.

Put Stranahan's at the top of your Colorado whiskey visit list. Tour the facility, which is located just one mile south of Denver's city center, and taste its whiskeys, including distillery exclusives. As the state's oldest distillery, Stranahan's has mature whiskeys to offer. Ask about tastings specifically geared toward these older expressions, and taste the difference between its 4, 7, and 10 year olds. Or you can relax in the rustic atmosphere of the Cocktail Lounge, the distillery's watering hole. Participate in a Distiller's Experimental Guided Tasting that features rare and innovative cask-strength whiskeys, like Stranahan's finished in casks that previously held carcavelos, a fortified Portuguese wine. 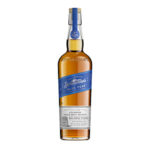 Eat here: Bull + Bush
This Denver landmark dates back to 1971. The brewery and casual restaurant were inspired by a historic pub near London of the same name. Today, Bull + Bush has one of the largest whisky selections in the state, with more than 500. Ask about the “off-menu” whiskies, too.

Stay here: Brown Palace
This historic hotel is celebrating its 130th year. It's a Denver icon, with fine dining, high tea, an on-site spa, and pure artesian water from its own well.