Tamdhu: Behind the Curtain Lies a Sherry Lover's Dream

Far from Speyside's main drag, Tamdhu doesn't have a visitor center, so it must be experienced through the rich, lush flavor of the whisky—a profile that hearkens back to an old-school regional style, as might have been made when the distillery opened at the turn of the 20th century. Indeed, Tamdhu has its fair share of Victorian-era dunnage warehouses and stillman's cottages, and even a former railway station hugging the River Spey. But it also has a phalanx of stark, modern palletized warehouses and a distillery building from the 1970s that can only be described as borderline Brutalist in style.

Tamdhu's environs may not be a thing of beauty, but the whisky that emerges from them certainly is. Downward-angled lyne arms on the stills create a full-bodied malt, and maturation solely in first- and second-fill oloroso sherry casks amplifies and builds upon the inherent richness. For much of its history, Tamdhu has supplied blends, but recently owner Ian Macleod Distillers has been beefing it up as a single malt, with great results. Tamdhu now has 12 and 15 year old expressions, along with a range of cask-strength and special releases.

Macallan fans exhausted by Macallan prices would do well to pick up a Tamdhu, which compares favorably with its more famous neighbor (at one time they were siblings and sourced sherry casks from the same bodegas). In fact, Tamdhu often overdelivers on deep, sherried amplitude. The second release of Tamdhu Batch Strength was No. 8 inWhisky Advocate's 2017 Top 20, a meaty, complex whisky that's dangerously easy to drink without water. Don't say you weren't warned. 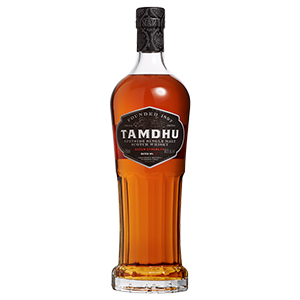 Tamdhu Batch Strength (#004)
91 points, 57.8% ABV, $90
Viscous and muscular, with a deceptively velvety texture and notes of chocolate ganache, dried ginger, figs, and spice, thanks to its sherry maturation.