As much as we love whisky, sometimes it's fun to seek out other spirits types. Those looking to go off the beaten path should consider gentian liqueur, made from its namesake plant and used for centuries as a bittering agent. While it's found in classic cocktail ingredients like Aperol and Angostura bitters, in France—where it originated—gentian is enjoyed over ice with a squeeze of fresh lemon. Of course, it makes a delicious addition to whisky-based cocktails, too, and we've got recipe ideas for you right here, as well as four gentian labels to recommend.

But new whisky is the main news here, and this week's crop will surely please single malt scotch fans, though there are also Irish and American releases. Gordon & MacPhail is releasing a rare 72 year old single malt from a Speyside distillery name that won't be familiar to many whisky lovers, The Balvenie has added a 16 year old single malt to its Cask Finishes range, Glen Scotia is bringing the Campbeltown Malts Festival to you with an 8 year old peated PX cask finish, and Washington-based Dry Fly Distilling has debuted a series of finished wheat whiskeys within its Cask & Release collection. Read on for full details. 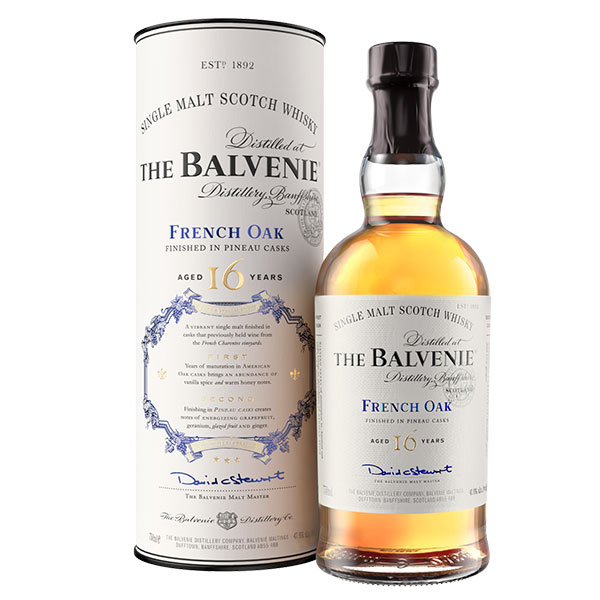 The Cask Finishes range explores the impact of secondary maturation on whiskies, and also includes the DoubleWood 12 year old, Caribbean Cask 14 year old, and Portwood 21 year old whiskies. This release is the first permanent addition to the range since 2013, when the Caribbean Cask finish was introduced. These whiskies have scored in the range of 88 to 91 points with our tasting panel. 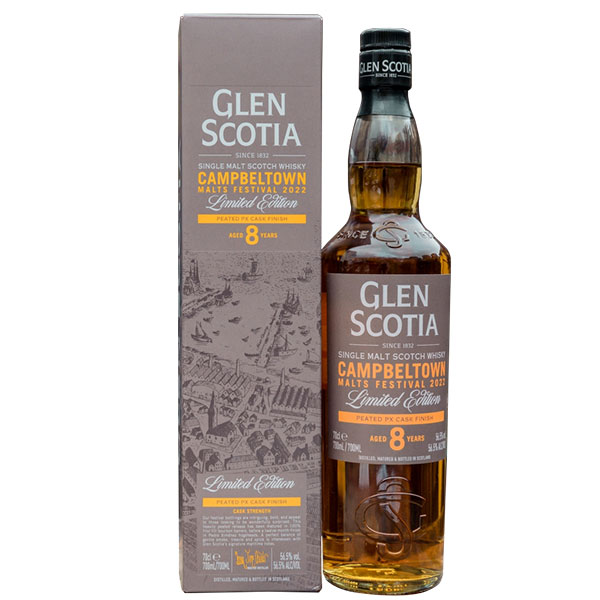 This heavily peated whisky spent 7.5 years maturing in first-fill bourbon barrels before finishing for a year in first-fill Pedro Ximénez hogsheads. At press time, it was due to arrive in the U.S. in late July and will hit retail shelves in late August or September. 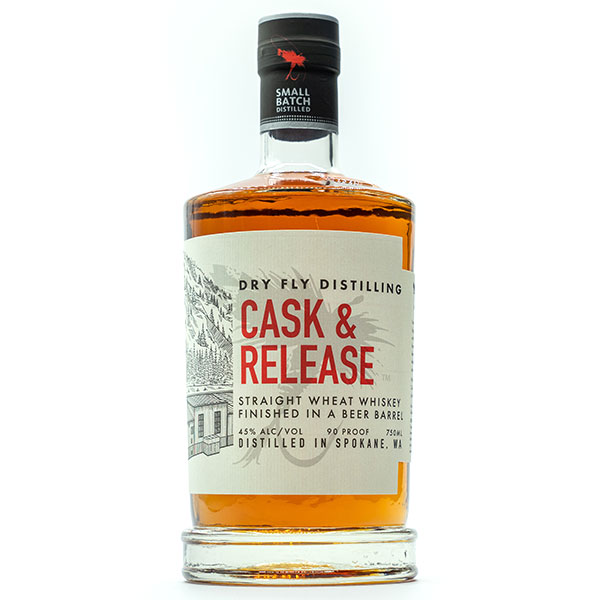 Spokane, Washington-based Dry Fly Distilling has announced the latest releases in its Cask & Release beer barrel finishing program in which Dry Fly lends used whiskey barrels to local Northwestern breweries to age their beers before refilling them with whiskey. For the Summer 2022 releases they collaborated with the following:

Today, American whiskey makers are using barrels that previously held sherry, port, rum, cognac, and other liquids to finish their whiskeys, but once upon a time it seemed like beer would be the go-to secondary barrel. Jameson produces its popular Caskmates series, and we recently scored Sagamore Spirit's Ale Cask Finished 92 pointsin the Spring 2022 Buying Guide, but we are more often seeing and tasting whiskeys made from beer than ones finished in beer barrels. Still, it's common practice for craft distilleries to send their used barrels to neighboring businesses so that each can impart the flavors of their products to the other. We've seen this with honey and maple syrupas well. It creates a nice circuit of flavors and gives barrels that would maybe no longer be of use, some additional utility. These whiskeys will be available at the Dry Fly Distillery, and in WA, OR, ID, MT, and AK. 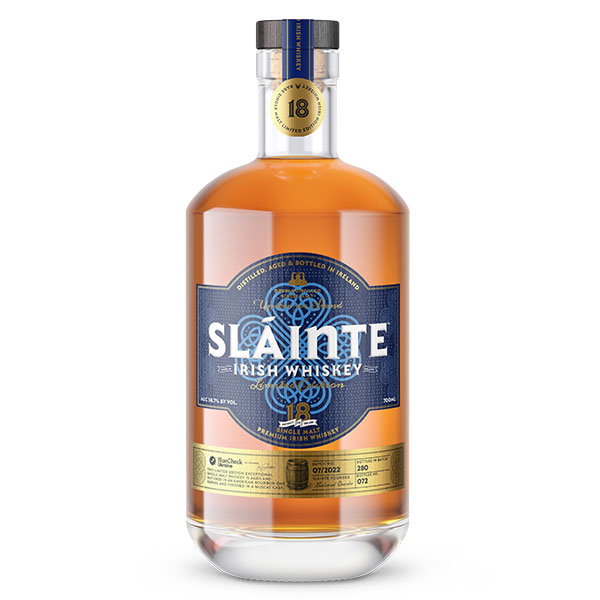 Actor Liev Schreiber is launching a limited-edition 18 year old single malt under his Irish whiskey brand Slainté, with all proceeds going directly to BlueCheck, a non-governmental organization that identifies, vets, and fast-tracks financial support to aid initiatives in Ukraine. The single cask whiskey was distilled in 2004 at Cooley distillery, aged in a bourbon cask and transferred to a muscat hogshead in 2015. It was bottled at cask strength on June 22, 2022.Bottles can be purchased on the Slainté websitefor a price of $500, though purchasers can choose to give more.

This single malt adds to the collection of whiskies that raise money for a good cause, and at 18 years and cask strength, we'd bet it tastes great as well. This specific cause hits close to home for Schreiber, who some may know from his time as the titular character on the show "Ray Donovan," as his maternal grandmother emigrated from Ukraine. The actor references Ireland's decision to welcome 43,000 Ukranian refugees as capturing the spirit of slainté. "For me that is the genesis, mission, and spirit of Slainte, at least when we're talking about this spirit. It's also why I'm genuinely excited to see where it will go and what it will achieve along the way," he say. 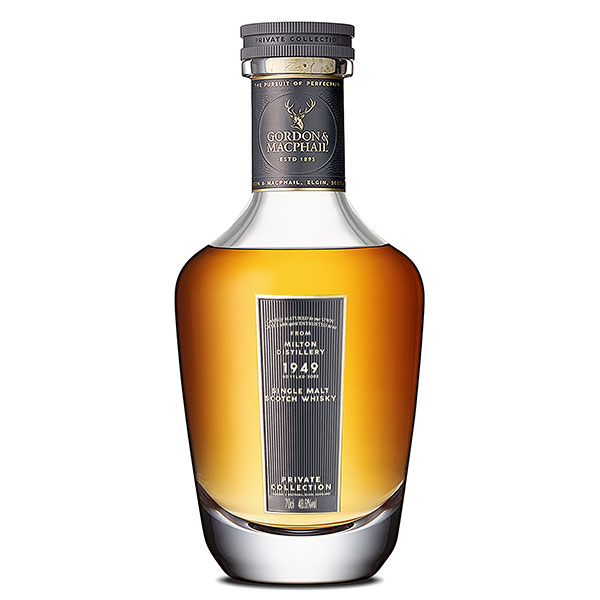 This whisky is from the oldest cask of single malt at Milton Distillery, now known as Strathisla. It was distilled on May 19, 1949. This historic bottling comes from the last remaining cask in existence prior to the renaming of the distillery from Milton to Strathisla in 1951 following its acquisition by Seagram.

Strathisla Distillery is the oldest working distillery in Scotland, legally operating since 1786. It was known as Milton Distillery until 1949 (other than a brief spell as Strathisla in the 19th century), but the whisky it produced was called Strathisla.

This whisky was matured in Cask No. 383, a first-fill sherry puncheon, and bottled on January 6, 2022. It is priced far above any current auction records for Strathisla, but if you're feeling a little short of the necessary finances, you may still be able to track down its sibling, Cask No. 384. This was a refill sherry butt filled for Gordon & MacPhail on the same day in 1949 and bottled under a Strathisla label at 56 years old in 2006 for a fraction of the price.Or look out for one at auction—this one sold for $2,470 in 2018.