The Whisky Lover's Guide to Pisco

In Herbert Asbury's 1933 book “The Barbary Coast: An Informal History of the San Francisco Underworld,” he reports on the most popular drink in San Francisco during the 1870s, the Pisco Punch. “Its base was Pisco brandy, which was distilled from the grape known as Italia, or La Rosa del Peru, and was named for the Peruvian port from which it was shipped,” Asbury writes. “It was thus described by a writer who first tasted it in 1872: ‘It is perfectly colorless, terribly strong and has a flavor somewhat resembling that of Scotch whiskey [sic], but much more delicate, with a marked fruity taste.” As Diego Loret de Mola, founder, director, and master distiller of Barsol Pisco points out, “Since the very first time pisco landed in the United States in the 1800s, it was compared to whisky.”

Indeed, pisco is well worth exploring for the whisky drinker. This brandy is produced in the winemaking regions of Peru and Chile, with both countries claiming it as their national spirit. American consumers tend to be more familiar with Peruvian pisco, as it's more widely available in the U.S. than its Chilean counterpart. There's a bit of controversy as to which country can actually claim to be the birthplace of pisco. “I try not to argue on the topic since I'm Peruvian and I may come off as biased,” says Miguel Maruyama, beverage manager for the Doral, Florida-based Centurion Restaurant Group, owner of Peruvian restaurant Pisco y Nazca. “But I'm a firm believer that competition benefits everyone.”

As with whisky, where each country has its own rules and methods of distillation, pisco production differs depending on where it's made. Pisco from Peru can be made from eight separate grape varietals. The country offers three main pisco types: puro is a single-varietal pisco; acholado is a blend of different varietals or different piscos; and mosto verde is made from crushed grapes (musts) that aren't fully fermented, thus retaining some of the natural sugars. “Stopping fermentation halfway gives you a complex spirit that's very aromatic and easy to sip on, and is usually more expensive because it requires more grapes to make,” Maruyama notes.

Like single malt scotch, Peruvian pisco must be distilled in copper pot stills. It's only distilled one time and distilled to proof—usually between 38% to 48% alcohol by volume (ABV). Chilean pisco can be distilled multiple times, and water is added after distillation to attain the desired proof. In addition, Chilean pisco can be made with 14 separate grape varieties, and is categorized by ABV: Pisco Corriente o Tradicional contains 30% to 35% ABV; Pisco Especial is 35% to 40%; Pisco Reservado is 40%; and Gran Pisco is 43% or higher. Chilean pisco can also be aged—usually in American oak, French oak, or Chilean rauli wood—while Peruvian pisco cannot, though it must rest for a minimum of three months in a nonreactive vessel.

While pisco's dominant flavor is most often grapes, there are many secondary notes that appeal to whisky enthusiasts—including stone fruits, citrus, fresh-cut grass, cinnamon, vanilla, and in the case of aged Chilean pisco, wood notes. For fans of the Whisky Sour, a Pisco Sour—pisco, lemon juice, simple syrup, egg white, and bitters—is a welcome step in a new but also familiar drinking direction. Prefer a Manhattan? The El Capitán, comprising pisco, sweet and dry vermouths, and bitters, is sure to please. Of course, you can always sip pisco neat or with ice like you would your favorite dram. “I love having conversations about beverages with whisky drinkers because they're very open-minded and can value a spirit for what it brings to the table,” Maruyama says. “Piscos are complex and have an explosion of aromas—that's what makes them unique.” 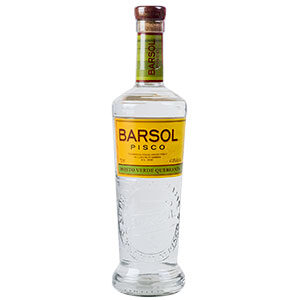 Barsol Mosto Verde Quebranta Pisco—41.8%, $43
Made from 100% quebranta grapes, this Peruvian pisco has aromas of pastry notes, caramel, butterscotch, red apple, pear, apricot, toasted almonds, and dried fruits, with hints of citrus. On the palate, the aromas are confirmed, along with light herbal notes and honey flavors that a Highland single malt fan will appreciate. The lingering finish introduces cacao, dark chocolate, toasted nuts, and cereal that may draw in a rye whiskey or high-rye bourbon enthusiast. 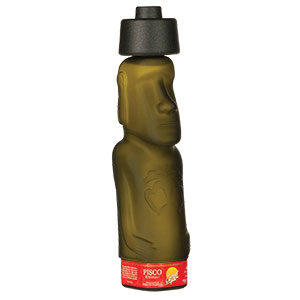 Capel Moai Reservado Pisco—40%, $27
This Chilean pisco, which is aged in American oak for four to six months, will likely please a rye whiskey fan. Double distilled from muscat, Pedro Ximénez, and torontel grapes, it has fresh fruit aromas with hints of oak that give way to intense spice and fruit flavors balanced by black pepper and wood notes, supporting a long finish. 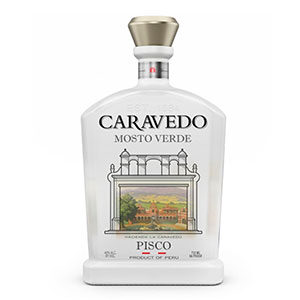 Caravedo Mosto Verde Pisco—43%, $50
This pisco from Peru comprises quebranta, torontel, italia, and albilla grapes and is rested in stainless steel for at least one year. The nose is fresh, clean, and fruity, with melon, grape, white vanilla, and Honeycrisp apple aromas. On the palate, it's rich, warming, and full-bodied, with a creamy texture and notes of cinnamon, orange blossom, chocolate, and citrus that a Speyside scotch fan would appreciate. 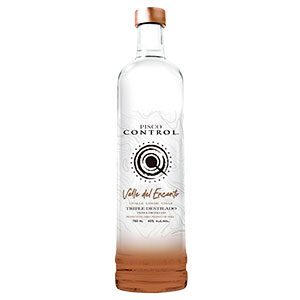 Control Pisco—40%, $25
Made in Chile from Pedro Jimenez and moscatel grapes, this is the only pisco on the market that is distilled three times in copper alembic stills. A Lowland or blended scotch drinker may be drawn to the fresh, herbaceous aromas with hints of citrus. The mouthfeel is soft, round, and creamy, with a long and clean finish. 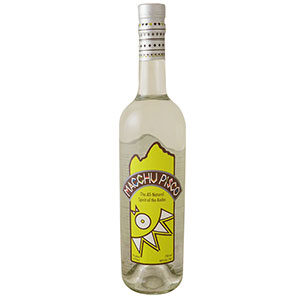 Macchu Pisco—40%, $27
Produced by one of Peru's only female-run distilleries, this contains 100% quebranta grapes and shares some aromas and flavors with Japanese whiskies. On the nose, vanilla, lime peel, and white pepper give way to vanilla sugar, wet cement, lime, yuzu, and cinnamon on the palate, with pepper and some earthiness on the finish.
Distillations Summer 2021 Insights skral Pisco