This article was originally published in June 2020. COVID-related restrictions may affect some of the opening times and offerings of these venues, so check in advance of a visit.

No city in the country has deeper roots in whiskey history than Pittsburgh. It was virtually the epicenter of the Whiskey Rebellion in 1794, when farmer-distillers raised arms against federal agents. The area gave rise to our nation's first named whiskey style: Monongahela rye. It was famous long before Kentucky bourbon, and dominated the national market until after the Civil War.

Pittsburgh's history is also entwined with the industrialization of the U.S., and it embraces its hard-working reputation decades after the decline of the steel industry. Once a shot-and-a-beer town, the Steel City's move into the 21st century has seen tremendous improvements in everything from air and water quality to food, drink, and entertainment. This heritage makes the city more a rye and bourbon mecca than a haven for other styles, like scotch.

Nothing quite prepares you for your first glimpse of this city. After a rolling drive from the airport and emerging from the Fort Pitt tunnel, the dramatic skyline before you is reminiscent of the Emerald City of Oz. Defined by the confluence of the Allegheny and Monongahela Rivers forming the Ohio, it's breathtakingly beautiful, and Pittsburghers are approachable, friendly, and genuine.

Since downtown is laid out on a triangle, traffic intersections are less than traditional and parking in some areas is at a premium, so opt for the “T,” Pittsburgh's light rail system. There is no fare between downtown stations, and charges are reasonable to the southern suburbs. There's also great bus service with citywide access. 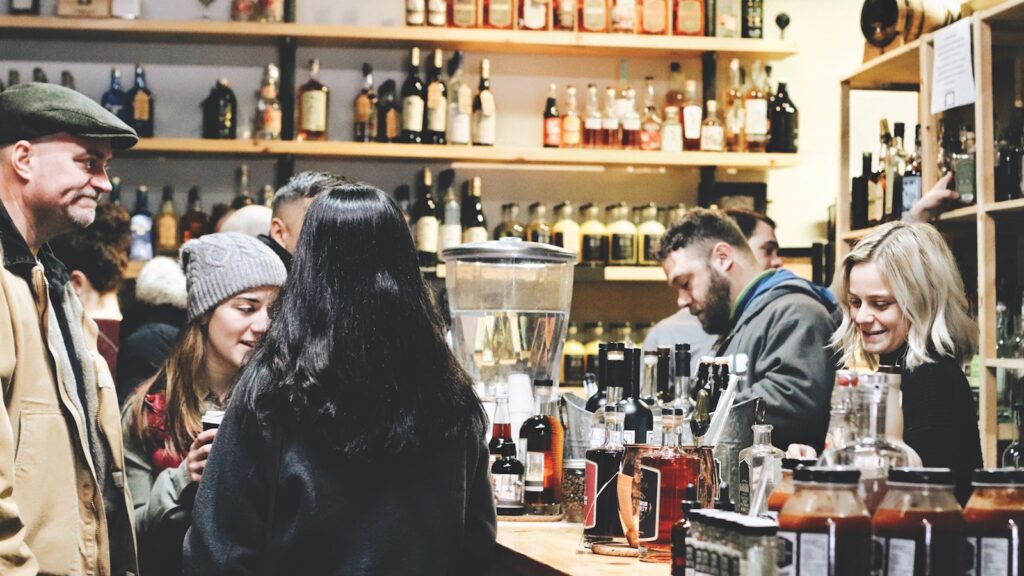 Serving as a satellite location for multiple distilleries, Pennsylvania Libations has challenged control state norms, allowing customers to taste before they buy.

Breakfast, anyone? Head to the Strip District, named for the long, thin strip of land between the Allegheny River and the hillside. Once the rail terminal for supplying the city with produce, the Strip's transformation from industrial to retail has made it one of Pittsburgh's top destinations.

DeLuca's Diner has been here long enough to witness that transformation and keeps busy serving breakfast and lunch daily. You know you're in “the 'Burgh” when you have kielbasa with your eggs! Also here is Pamela's Diner, a local chain famous for its crepe-style pancakes and Lyonnaise potatoes.

The Strip is Pittsburgh craft distilling's beating heart, so get started at Wigle Whiskey, the first distillery in the city since Prohibition. Named for whiskey rebel Philip Wigle, it has a wide selection of spirits, some organic, including rye and bourbon, offered up in a contemporary tasting room. Try the Kilted Rye, finished in Laphroaig quarter casks. Tours are available on Saturdays by reservation. This is also the western terminus of the Whiskey Rebellion Trail that extends to Philadelphia and Washington, D.C.

Pennsylvania is a control state, so one liquor store is much like another, but Pennsylvania Libations has smashed that model to bits. The state's craft distillers are allowed to operate up to three satellite locations, and this store represents multiple distilleries in a single storefront. You can taste before you buy (a concept foreign in Pennsylvania's “state stores”) from a selection of over 20 craft brands.

Once you've made a purchase, stroll up the street to Leaf & Bean, a BYOB-friendly cigar lounge and coffee shop. It's a great place to relax, and there's often live music mingling with the aroma of coffee and cigar smoke.

Next, head down Smallman Street to Kingfly Spirits, the newest distillery in town, located in a beautifully restored old warehouse. The only whiskey currently offered is a blend made from sourced bourbon. Its own bourbon will be ready after 5 years in cask, while rye is in the planning stage. The cocktails here are top-notch. 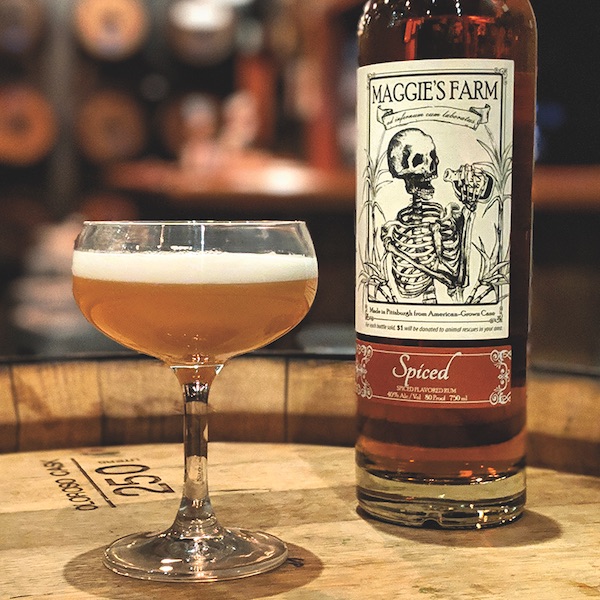 Take in a rum cocktail at Maggie's Farm as you rest in the lounge overlooking the distillery's pot stills.

The Strip offers some of the best food in the city. Choose from any of the many restaurants for lunch: Iron Born Pizza makes great Detroit-style pizza, while Wholey's fries the city's favorite fish sandwich. Primanti Bros. created the much-imitated “Pittsburgh” sandwich—the one with fries inside. Sit at the counter and have an iconic Iron City beer with your sandwich, but order it like a local: “I'll have an 'arn.”

Cinderlands Beer Co. is new to the Strip but has developed a devoted following for its creative approach to brewing, including refermenting with fruit and vegetable juices resulting in inventive brews. Next, swing by Maggie's Farm. There's no whiskey here, but the rums are exceptional and diverse. Try an amazing cocktail in the lounge overlooking the distillery's Spanish-made pot stills.

Visit the Heinz History Center, located on the Strip, offering a compelling look at the history of Western Pennsylvania and its contributions to the world. Then take a stroll through scenic Point State Park, where the rivers converge, and dip your toes into all three at once. Another must-visit is Phipps Conservatory and Botanical Gardens, a 14-room glasshouse and 23 distinct gardens on 15 acres.

The most whiskey-focused distillery is in nearby Washington, about a half-hour south of the city and the very hub of activity during the Rebellion, where Mingo Creek Craft Distillers makes Liberty Pole whiskeys. Its rye may be the best local representation of the modern Monongahela style, and the peated bourbon is delicious. Tours are offered by reservation—with a focus on the history of the Rebellion—and include a cocktail and a tasting flight.

Once back in the city, head across the Allegheny on one of the many bridges to the North Side, where the Pirates play baseball at PNC Park, one of the most beautiful ballparks in the country. This area also has numerous world-class attractions: the National Aviary, the largest in North America; the Mattress Factory, a pioneer of site-specific installation art; and the Andy Warhol Museum. (Andy was a 'Burgh native.) Do not miss Bicycle Heaven, the world's largest bicycle museum and store, with a mind-blowing 4,000-plus bikes on display.

Pittsburgh's first craft brewer, Penn Brewery, is still on the North Side after over 30 years, offering authentic German food and stellar beers, including Kaiser Pils, one of the best pilsners anywhere (including Germany) and the seasonal German chocolate cake stout, served with a coconut-dipped rim. 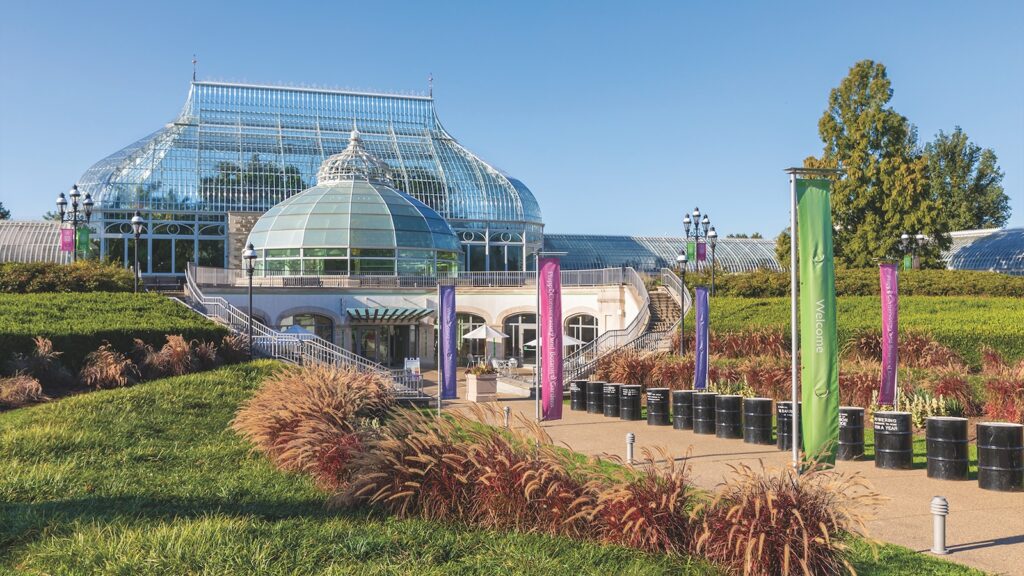 The Phipps Conservatory and Botanical Gardens is a must when visiting Pittsburgh in the warmer months.

For dinner, head back downtown for more whiskey-themed dining options. Butcher and the Rye has the best selection in town—nearly 700 bottles, including more than 25 Willett Single Barrel whiskeys and some from silent distilleries—two bars, great cocktails, and a whiskey-friendly menu. Bridges and Bourbon is a newcomer to the downtown Cultural District, but has quickly earned a reputation for its whiskey selection, high-end cocktails, and small plates. For starters, try the grilled cheese and tomato bisque, then bourbon chocolate chip cookies for dessert. At Spirits & Tales in nearby Oakland (about a 10-minute drive from the Strip District), which was recently named best hotel bar in the city, you can enjoy a Toki Highball dispensed from an official Suntory-branded machine, with fresh East or West Coast oysters on the half-shell to get things started.

For a nightcap, visit Speakeasy at the Omni William Penn. The hotel was built just before Prohibition by industrialist Henry Clay Frick, the grandson of Abraham Overholt and one of the owners of his family's flagship distillery. Frick included this clandestine space in the hotel's design to continue serving his Old Overholt rye to discerning patrons. Choose from the Collins menu, or try a pour of Old Overholt or Booker's 25 year old.

Take the T across the Monongahela to Station Square, a shopping and dining destination on the South Side, where the river was once lined with steel mills, with their requisite bars running up and down East Carson Street. Carson is Pittsburgh's equivalent to Bourbon Street in New Orleans, with multiple watering holes and quirky shops on every block. Breakfast today is at Waffles INCaffeinated, a casual, brightly colored joint where you can top your waffle of choice with bourbon syrup.

Piper's Pub is your best option for scotch whisky, with its British vibe and Premier League soccer on the telly, while Acacia mixes up elaborate cocktails in a speakeasy-style setting. There are also any number of local dives waiting to be explored.

Make it a point to seek out The Pretzel Shop, hidden along East Carson, where they have been making hand-twisted, hearth-baked pretzels since 1927. Get the pepperoni-mozzarella pretzel or a chicken-jalapeño pretzel sandwich. Great cheap lunch, cash only. 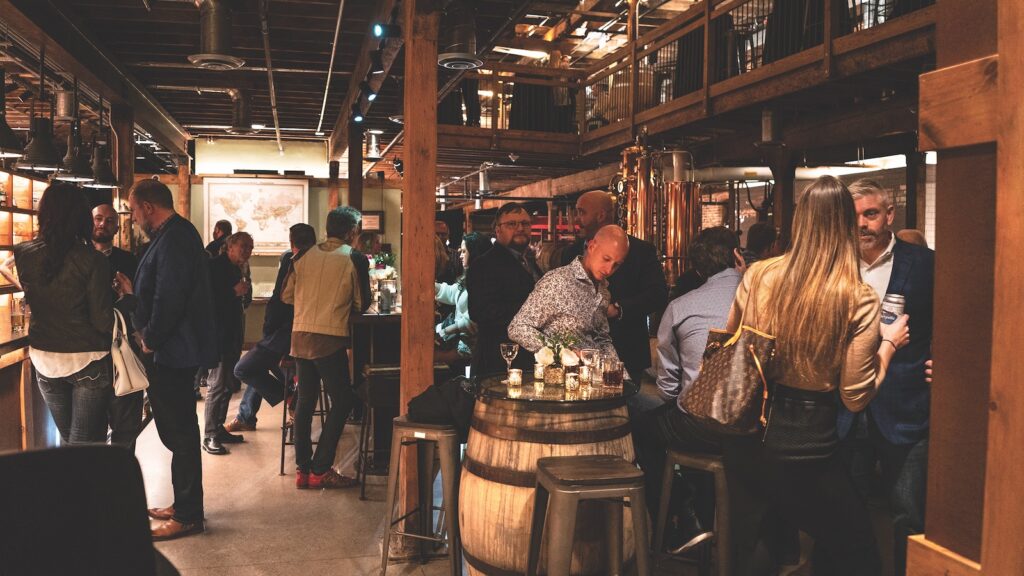 Sip a blended whiskey at Kingfly Spirits which is set in a beautifully restored old warehouse.

Then take the dramatic ride up Mount Washington on the Duquesne Incline. Pittsburgh once had 17 passenger funiculars, and two remain. Check out aptly named Grandview Avenue for its stores, restaurants, and an unbelievable view of the city below. It's about a mile between the incline stations, so you can walk or rideshare your way across. There are plenty of shops and drinks along the way.

Linger and have dinner while you're up here, and enjoy the view; there's a number of fine-dining contenders. Monterey Bay Fish Grotto offers a killer blackened shrimp and scallop étouffée over cheddar grits; pair it with a Black Walnut Old Fashioned. Enjoy wagyu beef on the deck at Grandview Saloon and Coal Hill Steakhouse or delicious, crispy-roasted raspberry duck at LeMont. Both offer full bar service. Then catch the Monongahela Incline back down for the best incline view of town, and rideshare back to your hotel.

After two days of fun, food, and fantastic dining and drinking in one of the country's prettiest and friendliest places, Pittsburgh knows “yinz'll” be back. 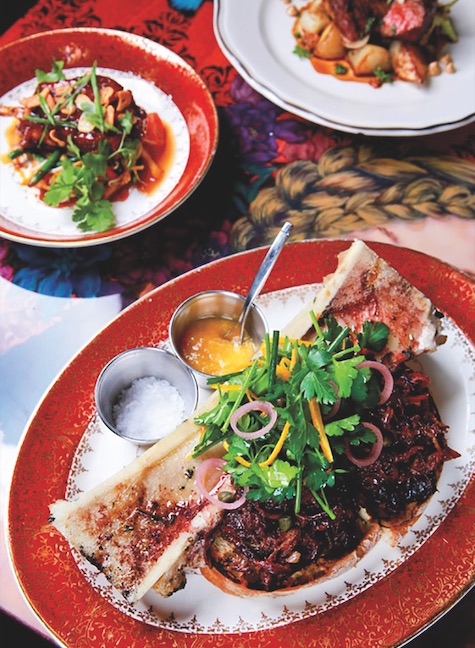 Butcher and the Rye offers a range of hearty fare, including bone marrow.