This Whiskey Spent Its Entire Life on the Mississippi River

Where a whiskey ages has a big impact on its flavor, with temperature, humidity, and seasonal changes all contributing to the maturation process. While it's taken for granted that barrel warehouses should be on land, that certainty doesn't hold water for Hank Ingram, the creator of O.H. Ingram River Aged straight whiskey.

With a passion for rivers and a penchant for whiskey, it makes sense that Ingram, founder and proprietor of Nashville, Tennessee-based Brown Water Spirits, would come up with an unusual way of aging the spirit that harnesses the water's temperaments. “I had the idea of what would happen if we put a barrel on a barge,” he says. “My history is in the barge business, and we always refer to the river as brown water. The whiskey is brown water, the river is brown water—it kind of just came to me.”

On Oct. 9, Brown Water Spirits launched its first release, O.H. Ingram River Aged straight whiskey. The blend of bourbon and rye aged for 3 years in a “floating rickhouse”—a barge moored to the bank of the Mississippi River in Ballard County, Kentucky. While it matures, the whiskey is exposed to conditions that Ingram says bolster interaction between spirit and barrel, and ultimately affect the flavor. “The barrels are exposed to large diurnal shifts,” he explains. During the day, sun hitting the metal of the barge heats the inside of the rickhouse, while at night, the metal cools, and the water acts as a heat sink to pull even more heat off the barge. Meanwhile, “the humidity off the river keeps the barrels moist and the sugars in the wood more active,” and the motion of the river itself causes the whiskey to continuously buffet the barrel's charred interior. As a result, the spirit interacts with the wood “in a more forceful way than in a traditional rickhouse,” Ingram adds. 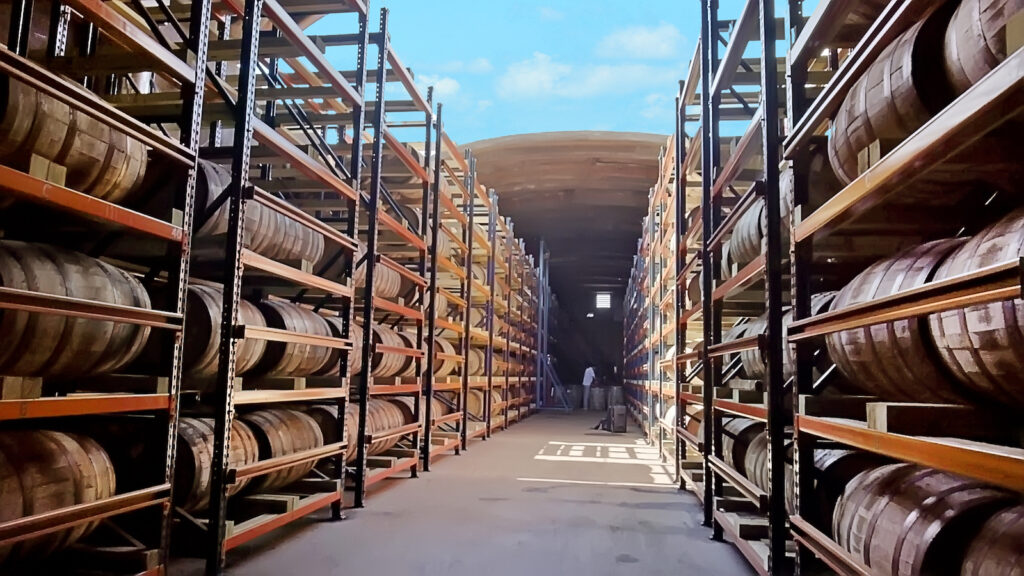 An interior view of the barge on which Brown Water Spirits ages its straight whiskey. While it matures, the whiskey is exposed to conditions that bolster interaction between spirit and barrel to ultimately affect the flavor, according toHank Ingram. (Photo courtesy of Brown Water Spirits)

The Water of Life

Aging whiskey on a water-borne vessel isn't unprecedented. Jefferson's Ocean Aged at Sea bourbon comes from barrels that are loaded onto aship, typically crossing the equator four times before being bottled, while Kaiyo Japanese whisky also sends its casks out to sea for up to three months at the end of the maturation period. But Ingram—whose great-grandfather, O.H. “Hank” Ingram, founded Ingram Barge Co. in 1946—claims his whiskey is different. Rather than just finishing the spirit on the water during its final months in the barrel, it matures entirely on the Mississippi. “When we fill the barrels, we bring them over to the barge, and we don't pull them off until they're ready to be bottled,” he says.

Granted, the barge doesn't travel anywhere, but the barrels themselves move plenty. Due to the river's rise and fall, “you can get 30-35 feet of vertical fluctuation just over the course of a year,” Ingram says, noting that his choice to moor the barge in Ballard County was intentional. “That's where the Ohio River and the Mississippi River come together. If you get a big rain storm over in Cincinnati, all that water will rush past, you'll get a rise at this real wide point—about half a mile wide—the wind can kick up, and we get some good wave action. It's really a rough part of the river to be on, and gives a little extra motion.” 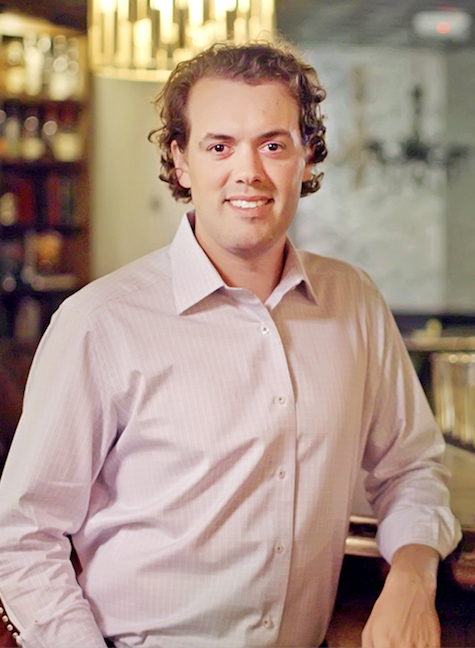 Brown Water Spirits founder and proprietor Hank Ingram has a passion for rivers and love for whiskey, which gave him the idea to age O.H. Ingram on a barge in the Mississippi. (Photo courtesy of Brown Water Spirits)

The whiskey itself is sourced from MGP, a blend of straight bourbon and straight rye. “We took a 36% rye bourbon, and blended it with a 95% rye whiskey,” Ingram says, noting that the final rye content of the whiskey is about 67%. “The rest is corn and malted barley. The combination of the two [mashbills] just kind of hit my flavor palate. I prefer whiskeys that are a little sweeter, and we chose the rye because it responded so well to the barge—like cotton candy, a lot of brown sugar, things you wouldn't necessarily associate with a rye—but it also had that spice to it. It was really kind of an accidental discovery—let's see what happens if we mix a couple of [spices from] our spice rack.”

O.H. Ingram River Aged straight whiskey is currently available in Tennessee, with expansion into other states planned as more comes of age, Ingram says. The barge rickhouse currently stores “about 1,200 barrels on various aging plans,” with capacity to ramp up to around 2,100. The next offering in the River Aged series—a straight rye—is slated for November, followed by a wheated bourbon in 2021. “It's our intention to release some older whiskeys down the road,” Ingram adds. “Just like the initial release, they'll be on the barge for their whole life. We're looking to grow, but it's a factor of how much whiskey we have ready. I want to make sure that it's spent time on the barge—it's all about the quality of the taste, and the authenticity of our process.”
New Releases News zkostro American Whiskey