Although the year is winding down, there are still new whiskies to be had.

Retired hockey star Ed Belfour has partnered with Southern Distilling in North Carolina to produce the first whiskeys in the Belfour Spirits line. The bourbon and rye are each priced at $89, with availability in Texas and Illinois for now.

Fashion house Tommy Bahama is launching a new line of spirits, including whiskey, under the banner of Coral Cay Distilling. Made in Washington, Tommy Bahama straight bourbon ($100) and rye with blended rum ($45) are available in a few states to start, with expansion planned.

Finally, Brain Brew Distilling of Ohio is launching its WoodCraft Spirits line in the UK. While sold as whiskey in the U.S., these aren't considered as such overseas, as they're not aged at least three years. The WoodCraft line uses Brain Brew's alternative aging technology to impart barrel characteristics more quickly. Priced at £40 to £50, the four spirits are rolling out in the UK, and are also available in a few places stateside. 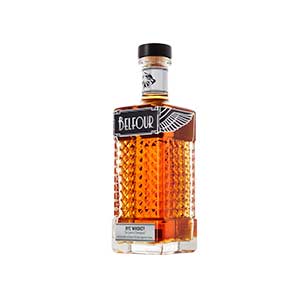 Availability: For sale in Texas and Illinois, with expansion planned 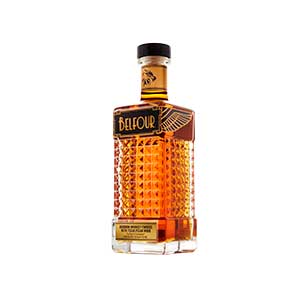 Availability: For sale in Texas and Illinois, with expansion planned

Made at Southern Distilling in Statesville, NC, this bourbon is aged at least 18 months in new charred oak and finished with Texas pecan wood staves added to the barrel. The pecan wood came from a 300 year old tree on the Belfour ranch in north Texas.

Retired NHL player and Olympian Ed Belfour and his children have started Belfour Spirits, debuting with these whiskeys made in North Carolina. Their plan is to eventually open their own distillery in Kentucky in 2022. For now, the company has laid down 1,700 barrels of whiskey, which is a not-insignificant investment for a new producer. In addition to these two core whiskeys, Belfour is offering a limited-edition straight rye ($299) made at Woody Creek Distillers in Colorado, aged for 27 months, and bottled at 50% ABV. 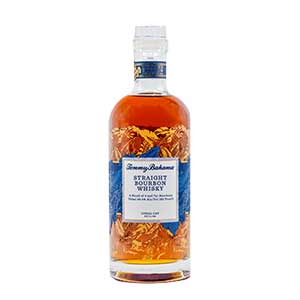 Made at Blue Spirits Distilling in Leavenworth, WA, this straight bourbon is a combination of 7 and 4 year old liquids. It's among the first whiskey releases from designer Tommy Bahama's new spirits line. 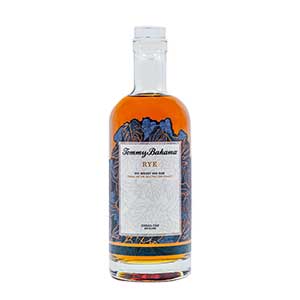 Officially designated a "whisky specialty," this spirit is mainly rye with a little Tommy Bahama rum blended in.

The Tommy Bahama line of spirits also includes rum, gin, and several flavored vodkas. The spirits are made at Blue Spirits Distilling in Leavenworth, WA, although Tommy Bahama is using "Coral Cay Distilling" as its trade name. Tommy Bahama is also offering a single-cask program of American single malt, available to both restaurant and bar accounts and individuals. 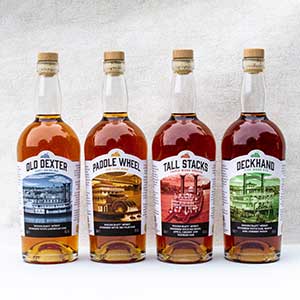 Availability: For sale in the UK only

Ohio-based Brain Brew Custom Whisk(e)y has launched its first products in the UK under the WoodCraft Spirits name. Technically, these are not whiskies by UK and European standards as they are not aged in cask for at least 3 years. Instead, the unaged grain-based spirits are matured using Brain Brew's custom "finishing" technology, which imparts wood flavors without the use of a barrel. The four spirits include:

These spirits are making their UK debut, but are already for sale in the U.S. at the Brain Brew distillery in Newtown, Ohio, and The Party Source in Kentucky. (Expanded availability is in the works.) One of the services the distillery offers is the chance to create a custom whiskey using its alternative-aging technology, selecting a "woodbill" for the finishing process.