Forgive us if we get romantic about our whisky, but some drams make it easy to fall in love. Whisky aromas can be described as fragrant and floral, textures can be lush and velvety, and some pours even have transportive abilities. Perhaps a whisky reminds you of time spent abroad, or a certain home-cooked dish, or even a special person—and suddenly, you're reliving some of your fondest memories.

Any day can be a great whisky occasion, but sharing a dram with someone you love—whether a partner, friend, or family member—on Valentine's Day can heighten your enjoyment. Try pairing it with the usual treats of the day, like chocolates—this year, Woodford Reserve has teamed up with Memphis-based Phillip Ashley Chocolates to craft custom sweets to pair with its Double Oaked Bourbon. Or make your own special delicacy, like bourbon balls or donuts with maple-bourbon glaze. You might even try a whisky-chocolate cocktail.

Or check out one of the whiskies below, whose names and flavors evoke the sweetness of Valentine's Day. No matter what, if you drink what you love with the one you love, you'll be celebrating right.

Uncork the Romance with One of These Whiskies 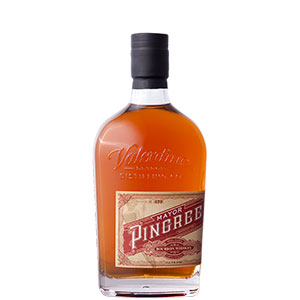 Valentine Distilling Co. Mayor Pingree Red Label Straight Bourbon—87 points, $50
Detroit's Valentine Distilling was established in 2007, and it pays homage to the city with this line of whiskeys, all named after Hazen S. Pingree, who served as mayor from 1890 to 1897. Mayor Pingree Red Label bourbon is aged at least 4 years and bottled at 47% ABV. The distillery also produces Orange Label rye, 10 year old Blue Label single-barrel bourbon, and 9 year old Black Label bourbon, as well as gin and vodka. The older whiskeys are sourced from MGP and of excellent quality; when Whisky Advocate's tasters reviewed the limited-release Mayor Pingree 11 year old Straight Bourbon in Summer 2019, it scored 93 points, making it among the highest-scoring whiskies in that issue's Buying Guide. 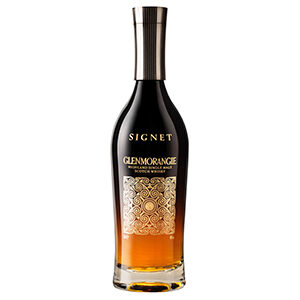 Glenmorangie Signet—94 points, $220
Glenmorangie is known for producing affordable yet inventive whiskies, like the port cask-finished Quinta Ruban, which landed at No. 9 on Whisky Advocate's 2019 Top 20 with a price of just $55. Signet, however, is a different story, a summit of sorts for Glenmorangie fans. One of the most accessible high-end scotches on the shelf, Signet uses a portion of chocolate malt in its mash, giving the whisky's final flavor a rich dessert-like quality with notes of honey, orange marmalade, coffee beans, and of course, lots of chocolate. Our reviewer called it “Glenmorangie at its very best,” and you could do a lot worse when treating yourself to some indulgence. 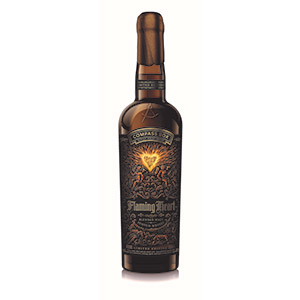 Compass Box Flaming Heart (2018 Edition)—94 points, $150
Compass Box blends a wide array of scotch whiskies, each with its own special recipe and design, and recurring limited edition Flaming Heart is a fan favorite. The blended malt whisky has been released six times since being introduced in 2006 and combines scotch aged in new French oak barrels with peat-smoked Islay whisky (more details can be found on Compass Box's website). The most recent edition, released in 2018, heightens the complexity with sherry cask-finished whisky, enhancing that sweet and smoky contrast. Compass Box recommends enjoying this one late into the night, with the higher proof making it a good pairing with rich cheeses. Only 15,050 bottles were released, so it may be hard to find, but there's a good chance Compass Box will blend a new batch of Flaming Heart in the future. 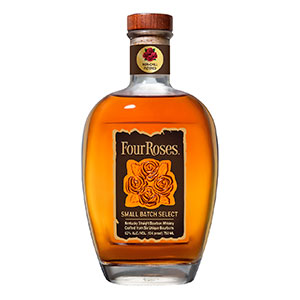 Four Roses Small Batch Select—93 points, $55
Don't just give your loved one a bouquet of roses—give them some Four Roses whiskey as well, specifically this fourth rose in the Kentucky distillery's lineup. Introduced in 2019, Small Batch Select takes Four Roses' standard Small Batch bourbon up a level, with a higher proof of 52% ABV and a heightened flavor profile, showcasing notes of orange blossom and cedar chest on the nose with leathery dark fruit and chocolate on the palate. Small Batch Select was the No. 3 whisky in our 2019 Top 20, and its wide availability and fair price make it a perfect bottle to share. 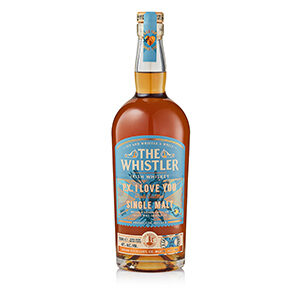 Laphroaig PX I Love You 2005 Vintage Cask (No. 3)—94 points, $300
The Whistler P.X. I Love You—not yet reviewed, $45
Coming up with whisky names can be challenging—how many Distiller's Selects can there be?—but a good pun is always welcome. Both this single malt scotch and Irish whiskey play off a popular love letter sendoff while alluding to their use of Pedro Ximénez (PX) sherry casks in maturation. The Laphroaig was a Julio's Liquors exclusive, released in 2020, and with just 288 bottles produced, may be hard to find, but at 94 points it was quite the treat. The Whistler launched its PX cask-finished single malt in December 2020 as a U.S. exclusive. Pair either bottle with the 2007 film “P.S. I Love You” for increased effect.