What's It Worth? Midleton Very Rare: The Pinnacle of Irish Whiskey

In our “What's It Worth?” series, Whisky Advocate auction correspondent Jonny McCormick examines the current collectability of a distillery or brand.Midleton master distiller Kevin O'Gorman recently unveiled the release of Midleton Very Rare 2022. This long-running series has become the most traded Irish whiskey at auction, so with the new release marking the 39th bottling in the series, we examine the highest auction values for Midleton Very Rare vintages released by Brian Nation, O'Gorman's predecessor as Midleton master distiller, whose signature adorned the bottles released during 2014 to 2020.

When Barry Crockett launched the first release of Midleton Very Rare in 1984, the international market for Irish whiskey was markedly smaller than it is today. But Crockett had instituted a policy of laying down 100 casks of top-quality stock every year for future use in Midleton Very Rare as it found its place in the hearts of Irish whiskey lovers. That decision bears fruit to this day, as the current Midleton team assesses hundreds of American oak bourbon casks of single pot still and grain whiskeys across many years of production in pursuit of the finest stock.

Brian Nation's appointment in 2013 followed Crockett's retirement, and as the new master distiller began to select the barrels for his first Midleton Very Rare, the Irish whiskey industry was on the cusp of a decade of exceptional growth. During Nation's tenure, the popularity of Midleton Very Rare reached new heights, with the packaging benefiting from an upgrade in 2017. In parallel, the auction market for collectible Irish whiskeys was also gathering momentum, with substantial sums changing hands for the hardest-to-find back vintages: A record hammer price of $36,386 was set in March 2021 at Irish Whiskey Auctions for a single bottle of Midleton Very Rare 1988.

While new distilleries are now flourishing across the island supported by a burgeoning number of Irish whiskeys to choose from, Midleton Very Rare has endured, thanks to its prestige and an unwavering reputation for quality, paving the way for further luxury Irish whiskeys.

Here, we roll back the years to the 31st to 37th releases of Midleton Very Rare—the Brian Nation years. Unexpectedly, in late 2020 Nation quit Ireland's top distilling job to join O'Shaughnessy Distillers Co. in Minnesota where he has created Keeper's Heart whiskey as he begins to apply his Irish whiskey expertise to the production of his first American whiskeys.

Midleton Very Rare vintages subtly vary in aroma and flavor every year, so each bottling has its own personality within the boundaries of the brand's profile: part of the excitement is the producer's intention never to reproduce an identically consistent and indistinguishable flavor profile year after year. That said, it is always a blend of single pot still and grain whiskeys produced at Midleton Distillery and matured in bourbon barrels. The ages of the whiskeys in the blend change each year too, so it doesn't carry an age statement, but the use of progressively older whiskeys, especially grain whiskeys, has been a trend for many years.

Vintage 2017 remains the only release where the same liquid was presented in both the old and new style packaging, which has generated significant differences in the secondary market values. If buying at auction, be sure to check if you are bidding on a 750 ml U.S. import version or the more abundant 700 ml bottle.

None of the vintages signed by Brian Nation have been bottled for more than a decade so evaporation issues should be negligible, but it can be more noticeable in poorly stored vintages from the 1980s and 1990s. Check the labels on older bottles for creasing, peeling, and loss of adhesiveness, though again, this would be more likely to be restricted to early Barry Crockett releases. The bottling has been presented in a wooden box since Midleton Very Rare Vintage 1990, so ensure the integrity of the box and confirm the hinges and clasps are in good working order before you bid.

The vintages created by Brian Nation demonstrate how quickly previous releases of Midleton Very Rare can rise three to five times in value, and sometimes even higher. Release volumes for each vintage are not disclosed but fluctuate every year: Prices can rise steeply for scarce vintages such as 1988, 1989, 2003, 2009, 2014, and 2020. Collecting Brian Nation's releases and starting a collection of O'Gorman's bottlings ahead of the 40th vintage in 2023 are achievable goals for many collectors, but at today's auction prices, you would need a budget of $70,000-$90,000 to build a full set of mint-condition Midleton Very Rare from scratch. 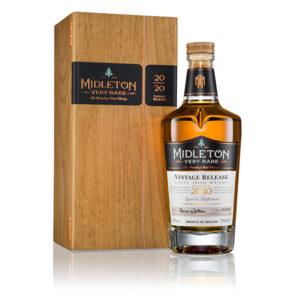 Brian Nation's final Very Rare release scored 93 points, favoring a more prominent spicy character. It was also the final bottling to be released toward the end of the year. Smaller quantities were released to make way for the spring release of the 2021 edition, so it sold out quickly and auction prices spiked. 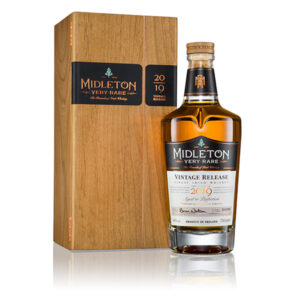 This classic scored 94 points, and has notes of green apple, toffee, vanilla, and mint. It makes regular appearances at auction in good quantities and is the most affordable Brian Nation-made Very Rare to buy at auction: Bids in the region of $300-$400 should be sufficient. 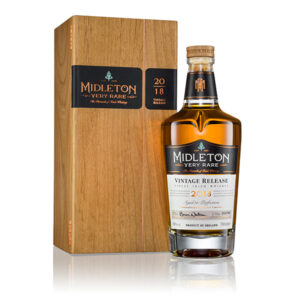 The first full release in the new bottle scored 94 points and contains whiskeys aged between 12 and 28 years: a sweet, fruity affair with honey, toffee, citrus, melon, and ripe stone fruit. Hammer prices run only fractionally higher than the 2019 release and a dozen or more bottles are sold at auction every month. 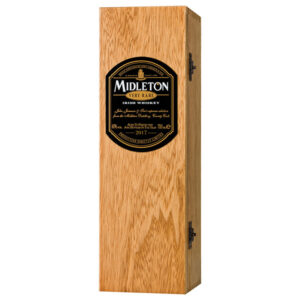 Often a packaging revamp results in higher prices for the discontinued line over the new version, but not in this case. In its tall bottle with cream labels inside a narrow box, the 2017 in this guise was mainly sold in Europe, making it more common at online auctions in the UK and Ireland, helping to keep a lid on its auction value. 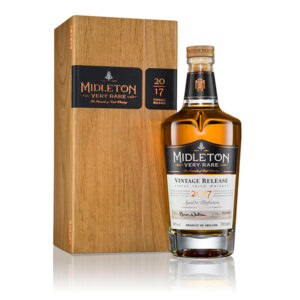 The stylish contemporary Midleton Very Rare ushered in a new era of luxury for Irish whiskeys, and was the line's first major redesign in more than 25 years. Aiming to better represent the quality and rarity of the contents, the bespoke bottle shape was inspired by Ireland's literary greats to incorporate design elements like a writer's inkwell and pen nib. The 2017 release includes 32 year old grain whiskey and 26 year old single pot still whiskey, among others, and scored a respectable 93 points. 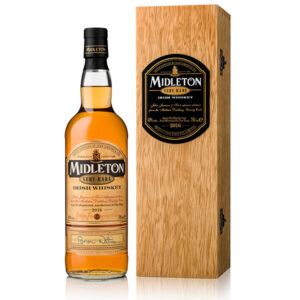 A delicate and soothing creation, the 2016 bottling scored 92 points and was a lighter style of Midleton Very Rare with beeswax, grassy notes, barley sugar, and citrus. 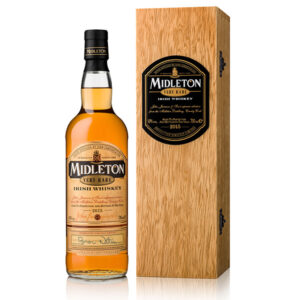 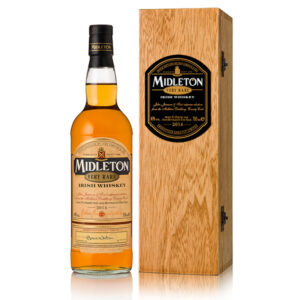 As the new custodian of the series, Brian Nation had the privilege of becoming only the second person to see his signature on the Midleton Very Rare label. Release volumes were slightly lower than most years but it is a fabulous whiskey scoring 94 points: Dense and oily with intense flavors of vanilla and cinnamon. Auction prices have risen steadily, making 2014 the most expensive Midleton Very Rare at auction from the 2010s. There's still a good argument for picking one up now, however, because it wouldn't even appear in the top 10 most expensive Midleton Very Rare vintages on the secondary market looking back to the inception of the series in 1984.