Legions of whisky fans flooded a cavernous ballroom at the Marriott Marquis in Times Square on Dec. 3 for WhiskyFest New York, thirsting for knowledge, whisky, and kindred spirits. And they found all three in abundance thanks to distillers, blenders, and experts pouring more than 425 whiskies from around the world, in-depth seminars, and fellow whisky enthusiasts who'd flocked from near and far.

Many of the 2019 and past years' Top 20 whiskies—including Whisky Advocate's 2019 Whisky of the Year, George Dickel 13 year old Bottled in Bond, poured by Cascade Hollow Distilling Co. general manager and distiller Nicole Austin herself—flowed throughout the night, alongside drams from dozens of producers from around the world: single malt scotch titans such as Glenmorangie and Laphroaig; elite blenders like Dewar's and Compass Box; American whiskey heavyweights, including Jim Beam and Jack Daniel's; boundary-pushing craft distillers like High West; Japanese whisky leaders such as Hibiki and Nikka; and innovative distillers from less-heralded whisky regions like France's Brenne and Mexico's Sierra Norte. 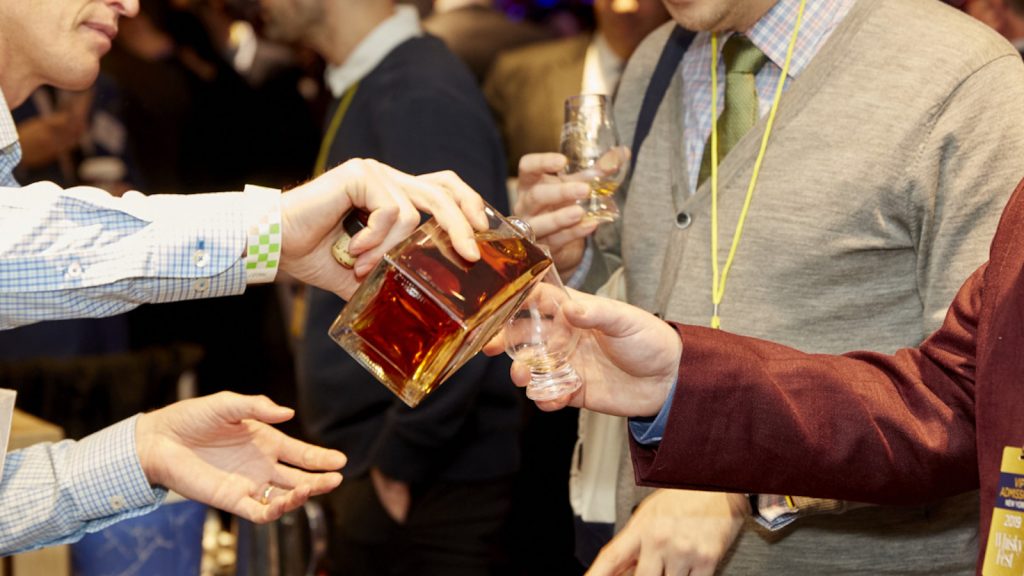 Whisky enthusiasts enjoyed unforgettable drams—including many of Whisky Advocate's 2019 and past years' Top 20 whiskies—poured by distillers, blenders, and experts, on Dec. 3 at WhiskyFest New York 2019.

WhiskyFest New York is “undoubtfully the biggest event of the year in the whisky calendar in the U.S.,” said Glenmorangie and Ardbeg global brand ambassador David Blackmore, who estimates he's attended more than a dozen WhiskyFests. “What's great is you see a lot of old friends, but every year you see a lot of new people as well. I think that's its strength—that there can be the regulars, but also new people coming to explore and experience whisky for almost the first time.”

The evening also offers a chance to taste coveted limited-edition whiskies that seem to vanish as soon as they hit shelves—like Maker's Mark Wood Finishing Series: Stave Profile RC6. Yet it's the crowd's curiosity that makes the night even richer. “You are meeting people that genuinely care about the brands, the history of [the whisky], how it's made, why it's made, where it's made,” said Beam Suntory east coast American whiskey ambassador Tim Heuisler between straight-from-the-barrel pours of Knob Creek Cask Strength Rye. “New York is one of the larger WhiskyFests,” he adds. “Doors are at 5:30 and at 5 o'clock people are already waiting in line. That's a really good symbol that people—pardon my French—give a crap.” 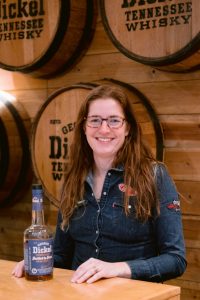 But perhaps such enthusiasm shouldn't come as a surprise given the presence of whisky luminaries like Suntory chief blender Shinji Fukuyo, who led a seminar celebrating the brand's 30th anniversary with a number of rare whiskies—including single malts from Yamazaki and Hakushu distilleries, as well as grain whisky from Chita Distillery—that each contribute unique flavor characteristics to the final blend of Hibiki Japanese Harmony. Fittingly, the tasting culminated with a dram of the exquisite Hibiki 30 year old. “It's not every day that you get Fukuyo in town,” Heuisler says. “These are the big nights where you get to meet the people that are really the reasons we have these brands today.”

Indeed, Fukuyo's seminar—and the entire evening—made first-time WhiskyFest attendee Jason Ford glad he bought a ticket. “I've been able to sample a huge range of [whiskies],” Ford said, noting Bruichladdich's Octomore 10.1 and 10.3, Tobermory 21 year old, and elusive 18 year old whiskies from Yamazaki and Hakushu. “And then to hear the chief blender of Suntory talking about all his whiskies is pretty amazing. It's just fascinating to see the separated components that go into Hibiki Japanese Harmony that otherwise you would not be able to get.” 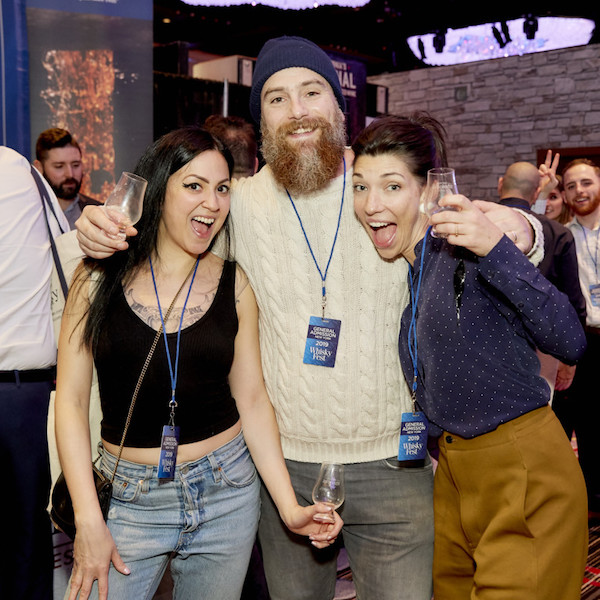 Several attendees who splurged on VIP tickets agreed it was worth every penny, including friends Max Handelsman and Lena Holubnychy, who hit the Laphroaig table early. “You're able to taste things you [may] never even buy,” Holubnychy said. “We tasted a 30 year old Laphroig. That was really special.” Beyond the whisky itself, however, it was the sense of shared appreciation—both in seminars and on the floor—that made for an epic night. “You're in a room full of people who love whisky, talking about it, and tasting different whiskies,” Holubnychy said. “I love the camaraderie.”

The first WhiskyFest of 2020 kicks off in Chicago next March, followed by Big Smoke Meets WhiskyFest in Hollywood, Florida in April. WhiskyFest returns to New York in October and closes out the year in San Francisco in December. Score tickets for all four events at WhiskyFest.com.
News WhiskyFest zkostro