WhiskyFest San Francisco Brought the Makers and Drinkers Together

WhiskyFest San Francisco brought together whisky makers and drinkers as only it can, filling the Marriott Marquis ballroom on October 4 with eager attendees seeking outstanding pours, as well as the distillers, blenders, and experts who produce them. The evening began in a truly memorable way as a select number of Golden Ticket winners—selected via raffle from among VIP ticket holders—entered early to enjoy a pour of Clynelish Select Reserve, a rare bottle from the 2014 Diageo Special Releases Collection, with the Whisky Advocate editors.

Throughout the night, guests were treated to a wide array of scotch, bourbon, Japanese, and other whiskies. Top 20 whiskies like 2018 Whisky of the Year Nikka From The Barrel, Knob Creek Cask Strength Rye, GlenDronach 15 year old, Belle Meade Cask Strength, Glendalough 13 year old, Elijah Craig Barrel Proof, and many more were well supplied. 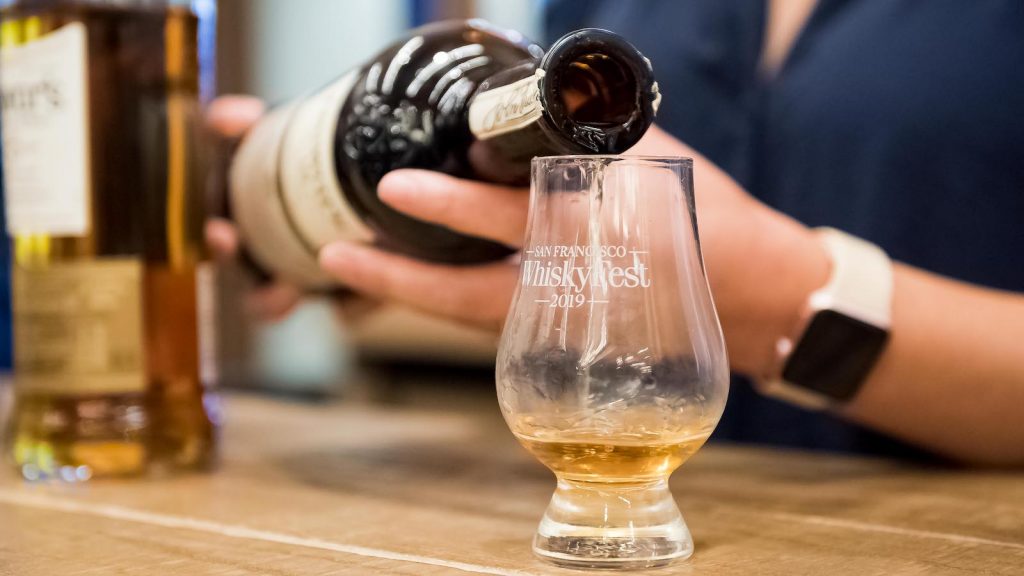 Over 400 whiskies were available to choose from, including award winners from Whisky Advocate's Top 20.

Attendee Derek Jackson, who was selected for the Golden Ticket pour, called the experience icing on the cake. “It was great to meet several others who have vast knowledge of whisky and to see consumers who take it seriously,” he said.

Jackson had given a set of tickets to his younger brother for his 50th birthday; he, his two brothers, and his nephew flew in from Philadelphia, Atlanta, and Tennessee to attend their first WhiskyFest together. The highlight for the bunch was meeting and taking a picture with Julian and Sissy Van Winkle at the highly popular Old Rip Van Winkle table. Jackson said the photo opp was even better than the birthday celebration.

Elsewhere on the floor, experiences far beyond just a simple taste drew in attendees. At front and center, the Maker's Mark booth recreated its Kentucky tasting cellar. Inside, a dozen whiskeys were being offered, including nine versions of Maker's Mark Private Select, highlighting custom expressions crafted by nearby bars and restaurants. 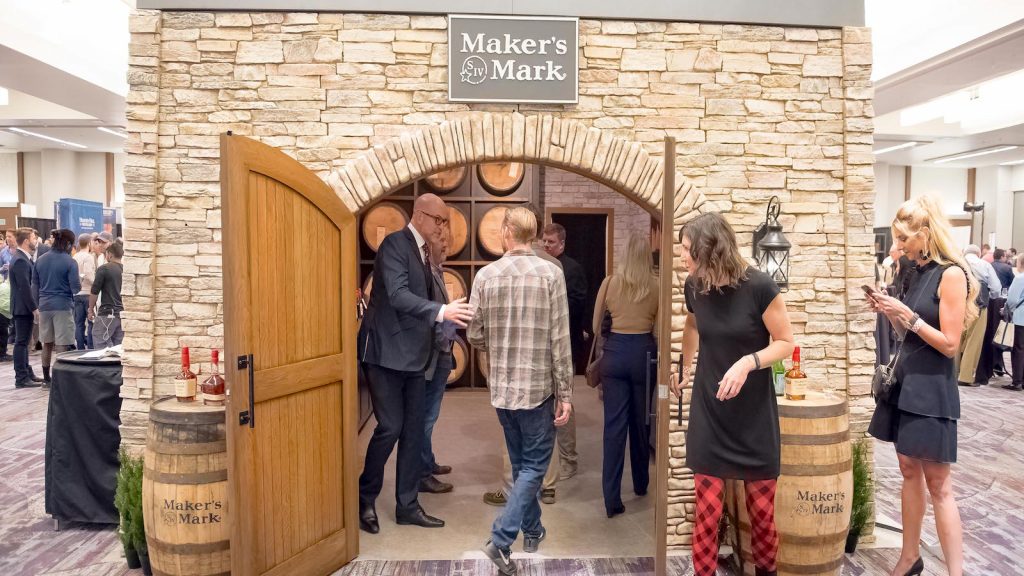 Johnnie Mundell, brand ambassador for Maker's Mark, said that the booth facilitated conversation and provided an element of discovery for guests. “The key thing for me was being able to invite guests into a different space,” he said. Maker's was also pouring its newly unveiled Stave Profile RC6, a popular selection throughout the evening that was further explored in a seminar hosted by Mundell and Maker's chief distillery officer Rob Samuels.

Across the room, longtime WhiskyFest exhibitor Rob Dietrich returned—but this year, for the first time, he came as a part of the Blackened team, which confused some guests who knew him as the distiller for Stranahan's single malt. “People have been very supportive of the shift,” Dietrich said. Blackened was the final project of late distiller Dave Pickerell, whose untimely death occurred just before WhiskyFest San Franciso in 2018. The night before this year's event, at local bar Elixir, several brands Pickerell had helped create honored the man by creating an infinity bottle of the whiskeys. Dietrich, who stepped into Pickerell's shoes earlier this year, said, “There's a lot of Dave Pickerell fans who have come up and said ‘Once we heard you were taking over, we really thought that was the perfect fit.'”

The 2019 WhiskyFest events conclude in New York this December. Be sure to scoop up your tickets while early bird prices apply.
tsimmons News WhiskyFest