It's Valentine's Day—a great opportunity to enjoy whisky in the company of someone you love (even if that someone is your dog or cat, or your grandma, or just your own inimitable self). Hopefully you already have a great dram planned, but if you want inspiration from the newest releases, keep reading.

Woodford Reserve is rolling out the 2020 edition of Batch Proof, an incredible bourbon that was named No.6 in our 2019 Top 20. It's limited edition—meaning once it's gone, it's gone until the 2021 bottling comes out—and available nationwide, priced at $130.

Glenfiddich has debuted two single cask whiskies, both distilled in 1975 and bottled at cask strength. They're 44 years old, so understandably both rare (100 bottles of each) and expensive ($9,000 apiece).

Country musicians Florida Georgia Line and Jason Aldean have teamed up to offer Wolf Moon, a straight bourbon distilled at MGP in Indiana. It's currently for sale on reservebar.com, priced at $25, and will hit retail shelves in the coming weeks.

The Crabbie's scotch brand is launching Yardhead in the U.S. The single malt scotch is widely available, priced at $25.

Sadler's Peaky Blinder is also making its U.S. debut. The blended Irish whiskey is priced at $19 and widely available.

Finally, Westland Distillery has teamed up with Filson to launch Coldfoot, a heavily peated American single malt. There are 978 bottles available, priced at $100 each. 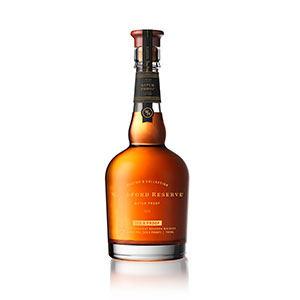 Woodford Reserve releases limited-edition whiskies semi-annually through its Master's Collection; Batch Proof has been the spring release since 2018, always bottled without dilution. At 61.8% ABV, this bottling of Batch Proof exceeds last year's, which was 61.6% ABV, though it's not as high as the 2018 release at 62.9% ABV. By bottling these releases at barrel proof, Woodford Reserve sets them apart from their usual 45.2% ABV releases.

It's no secret that we're big fans of barrel-proof whisky here, but the 2019 Batch Proof proved its quality by earning the No.-6 spot in our 2019 Top 20. It's safe to say that we have high hopes for this new release—stay tuned for a review in an upcoming Buying Guide. 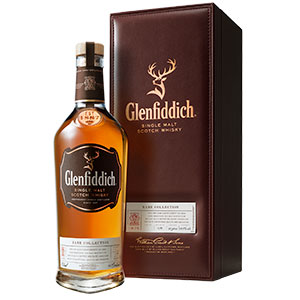 Availability: 100 bottles of each cask available in the U.S.

These two single malts are part of Glenfiddich's Rare Collection, casks that are selected by master distiller Brian Kinsman as exceptional. The whiskies were laid down in the same week in 1975—one (Cask No. 4706) in a European oak sherry butt and the other (Cask No. 5114) in a European oak hogshead. Both are bottled at cask strength.

These whiskies are exactly the same age and from the same distillery, and both are bottled without dilution—but their ABVs are radically different. Why is that? There are numerous factors that impact the final proof of a whisky, including cask size. Here, the sherry butt (which holds about 500 liters of liquid) has a higher ABV than the hogshead (which holds half the butt's capacity, 250 liters). The smaller the barrel, the more rapid the evaporation. In Scotland, whiskies tend to lose alcohol at a higher rate than water, leading to a proof drop over time. So it makes sense—at least as far as these two factors are concerned—that the hogshead's whisky would be at a lower ABV. 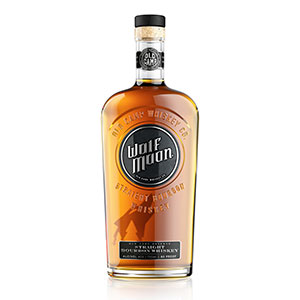 Created by country music artists Jason Aldean and Florida Georgia Line (Brian Kelley and Tyler Hubbard), this bourbon was made at MGP Distillery and aged for four years.

Plenty of musicians have endorsed whiskies in recent years, with some even taking a hand in their creation. Kelley and Hubbard are actually experienced in this, having launched the Old Camp brand of flavored whiskeys a few years ago. At the time, they said it was "whiskey for the non-whiskey drinker." With Wolf Moon being a straight bourbon, it seems they've maybe changed their tune. 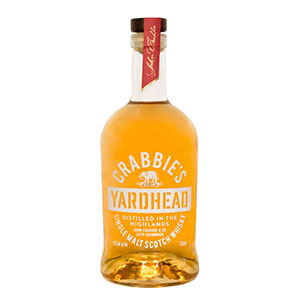 Sourced from an undisclosed distillery in the Highlands, this whisky was matured in bourbon casks.

The historic Crabbie's brand was revived several years ago by Halewood International, who began by sourcing whisky and have now opened two distilleries in Edinburgh—one in the Granton area for production, and the other in Leith. Called the Bonnington Distillery, it's currently wrapping up commissioning (testing all the equipment) with production set to begin imminently, and a visitor center opening this summer. 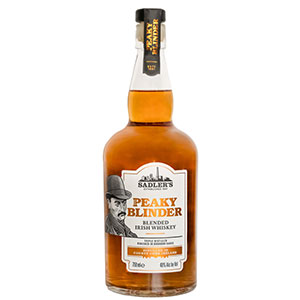 Made in West Cork, this whiskey is triple-distilled and matured in bourbon casks.

The name comes from the 19th-century Peaky Blinder gang, based in Birmingham, UK. The members wore peaked caps; "blinder" was slang for someone who was particularly striking. Sadler's was a local pub where the gang gathered. 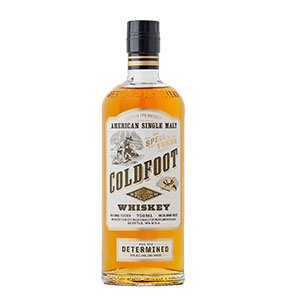 Seattle distiller Westland created this whisky in partnership with outdoor gear company Filson; it's heavily peated and includes some malt matured in a dry-style sherry cask. Concurrently, Filson is launching the Coldfoot Collection, which includes T-shirts, hats, and a stoneware shotglass, among other goods.

The name Coldfoot comes from the Klondike Gold Rush, when a group of prospectors set up at a remote camp called Slate Creek. Not everyone could take the harsh conditions; those who left were said to have "cold feet," and the camp's name changed accordingly.