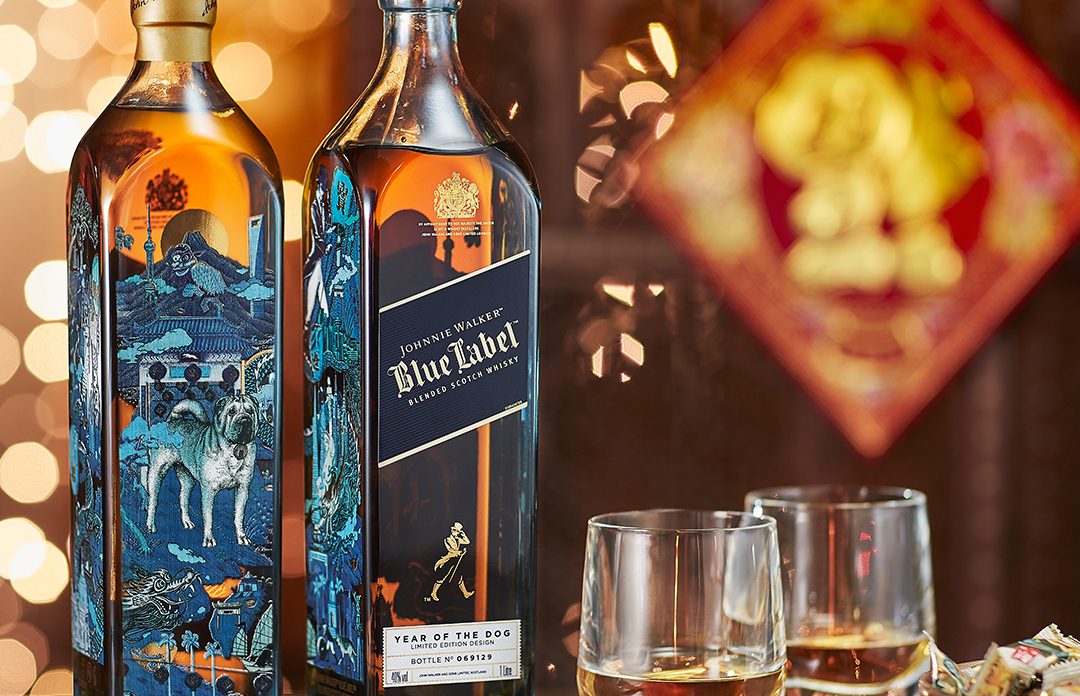 Just last week, Lux Row Distillers in Bardstown, Kentucky filled its first barrel with new-make spirit. While that whiskey will spend a good couple of years aging, there are plenty of other whiskies to enjoy that are coming out now.

Hot on the heels of Macallan’s special Chinese New Year package, Johnnie Walker has unveiled its annual Lunar New Year Blue Label. Celebrating the Year of the Dog, the bottle’s design features a Shar Pei in an elaborate triptych.

Speaking of Macallan, the distillery is releasing a new single cask bottling in its Fine & Rare Vintage collection. Just four bottles of the Macallan Fine & Rare 1977 Vintage will be hitting the U.S. for now, though more will be on their way later in the year. Each bottle costs $15,000.

A new Irish whiskey brand, Lambay, is making its U.S. debut after launching in Europe last year. Sourced from West Cork Distillers, Lambay is a joint venture between cognac house Camus and the Baring family of Ireland. There is currently a blend and a single malt, both finished in cognac casks from Camus.

Finally, Old Forester has a new release: not a whiskey, but something whiskey lovers will probably still enjoy. The distillery’s master taster Jackie Zykan teamed up with Bourbon Barrel Foods to create cocktail ingredients that match the bourbon perfectly. The Old Forester Cocktail Provisions line includes bitters, syrups, and tinctures for crafting your own bourbon cocktails at home. Read on for full details. 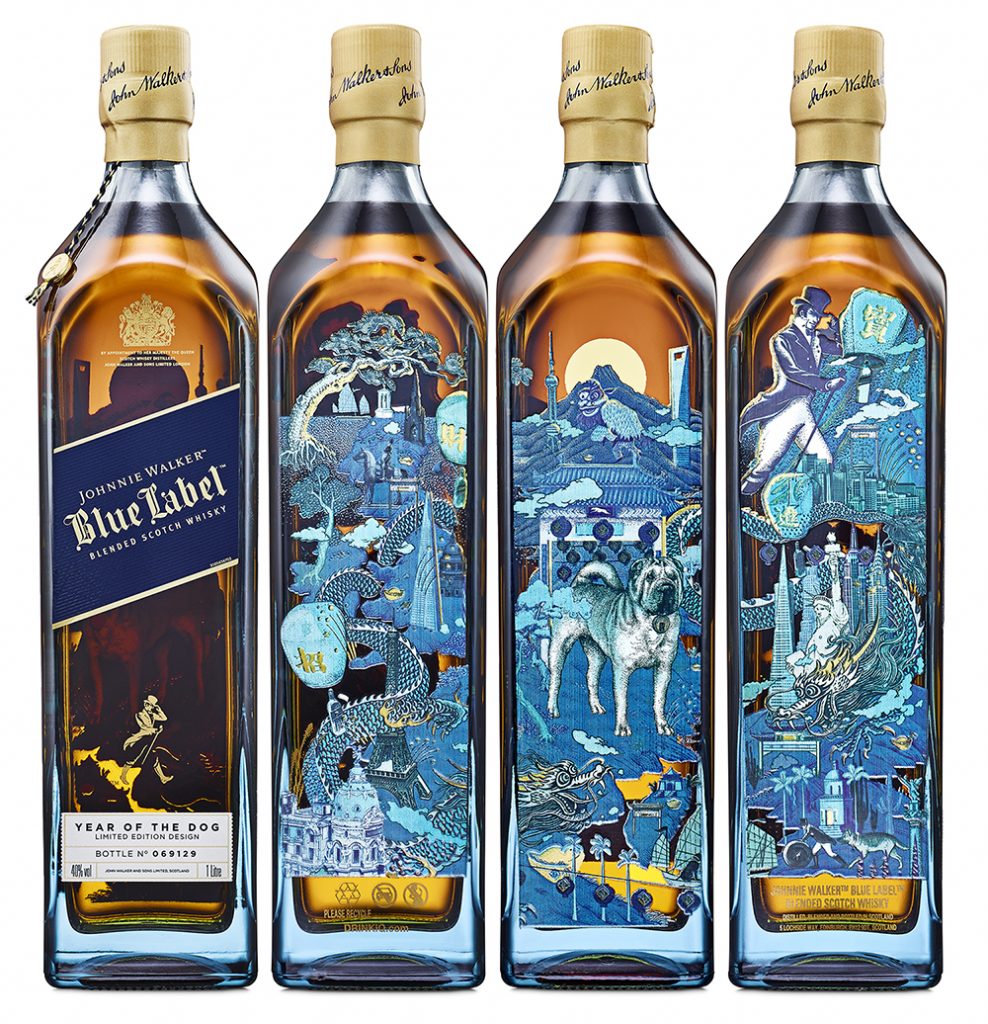 Johnnie Walker releases a special bottle of Blue Label annually to celebrate the Lunar New Year. This year’s edition, honoring the Year of the Dog, features a triptych design by Taiwanese artist Page Tsou. The dog depicted is a Shar Pei, originally bred as a guard dog for Chinese nobility.

While it’s not as good a deal as Macallan’s Lunar New Year bottling of Double Cask 12 year old, this eye-catching Blue Label looks pretty spiffy. If you want to impress with a gift for someone special, this one doesn’t even need to be wrapped up. 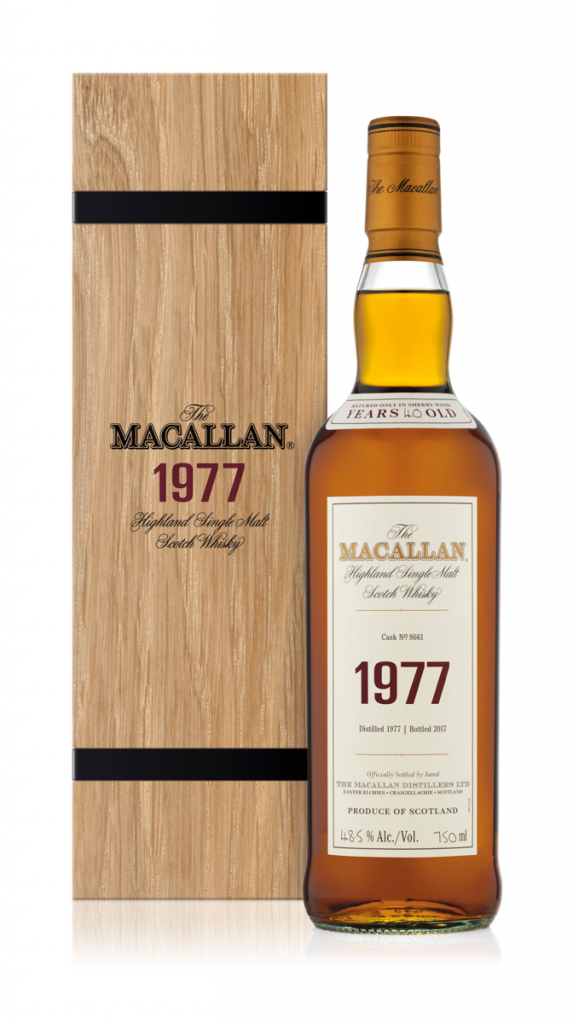 Each year, Macallan’s distillers, blenders, and tasters select a single cask as the best of all those maturing in the distillery’s warehouses. This year’s selection yielded only 151 bottles, four of which are coming to the U.S. right now, with a few more parceled out later in the year or next year. 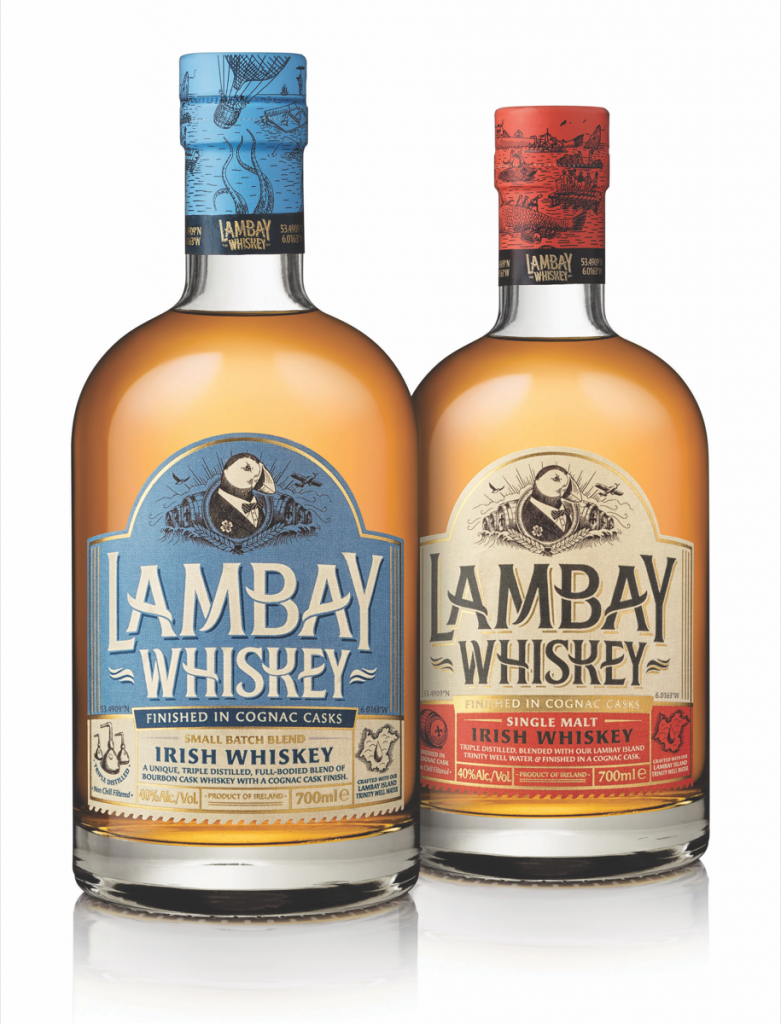 This blend combines malt, grain, and pot still whiskeys sourced from West Cork Distillers and aged in bourbon barrels. A portion of the blend is finished in Camus cognac barrels.

Lambay Irish Whiskey is a new joint venture between family-owned cognac distiller Camus and the Revelstoke Community Trust, a non-profit organization helmed by Ireland’s Baring family. The whiskeys debuted in Europe last year and are now coming to the U.S. They are blended and finished in Camus cognac barrels; for the single malt, the barrels were stored on Lambay Island, a wildlife preserve on Ireland’s east coast that the Barings have owned for over a century. 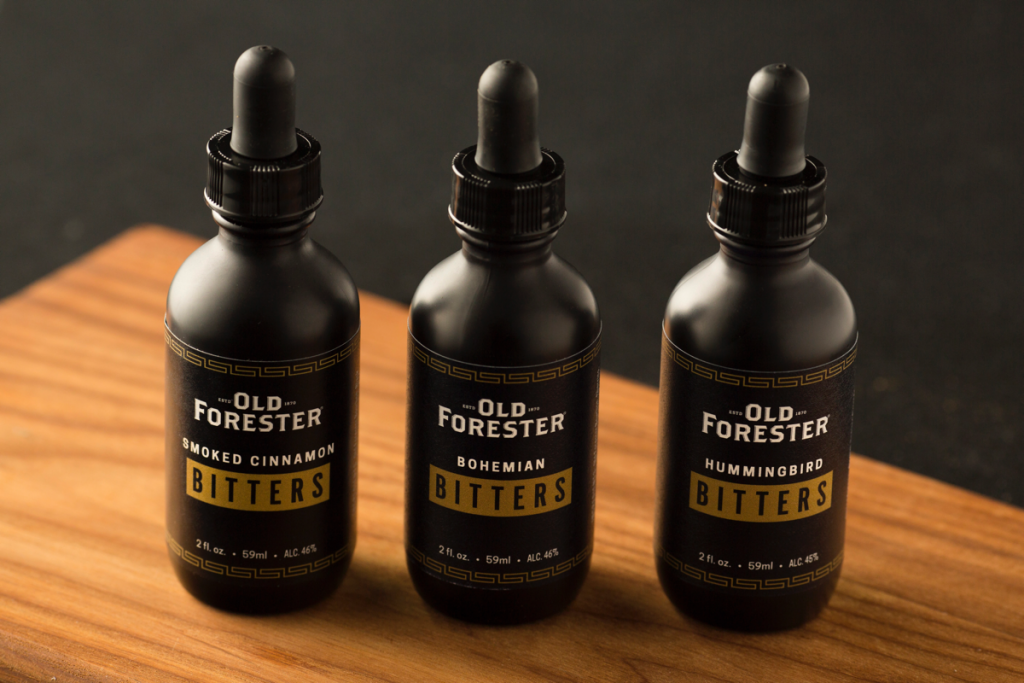 What it is: Bitters, syrups, and tinctures
Use it for: Making bourbon cocktails
Price: $7.50 to $11.50
Release: January 2018
Availability: Online and at Bourbon Barrel Foods storefronts

Old Forester has partnered with Bourbon Barrel Foods to create a line of cocktail bitters, syrups, and tinctures, designed to work perfectly with Old Forester bourbon. The collection includes

Making great whiskey cocktails has never been easier (look at the many recipes you can choose from!), and if Old Forester is your go-to bourbon, these products are supposed to match up perfectly next time you want to make a punch or Old Fashioned. (Even if you don’t use Old Forester, we’re guessing they’ll be just fine with whatever rye-forward bourbon you choose.)