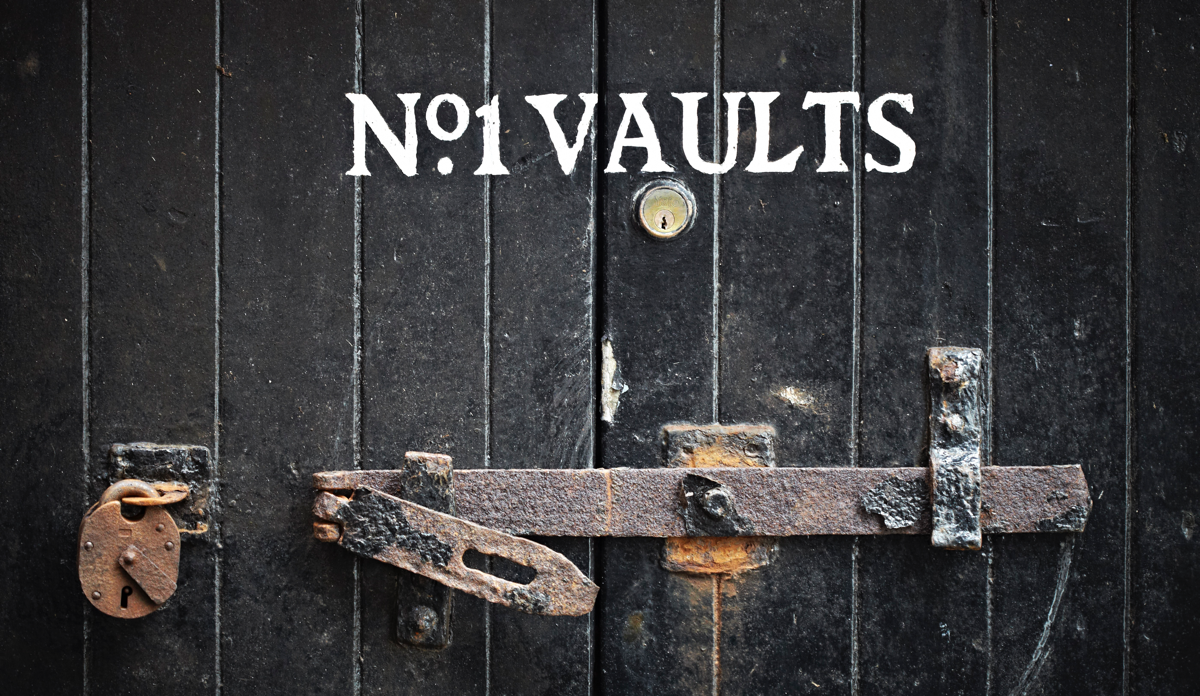 Bowmore's No. 1 Vaults contain some of the distillery's best whisky casks.

Did you see Monday’s reveal of the full Top 20 list? Check out all 20 of the most exciting whiskies of 2017, including Whisky of the Year.

Beyond the Top 20 list, there’s more excitement to be had in this week’s new whisky releases. Glen Moray—whose 18 year old was number 10 on our list—is launching a sherry cask-finished, NAS single malt. For only $30, it’s worth picking up if you’ve never gotten acquainted with this Speyside distillery.

Higher up the pricing ladder, Macallan has a new line of single cask whiskies ranging in age from 12 to 22 years old—and priced from $250 to $1,300. There’s not much other information available about these seven single cask bottlings.

If you prefer peatier scotch at a lower price, Bowmore has a new 18 year old ($127) partly matured in manzanilla sherry casks and a 26 year old ($540) that spent half its life in wine barriques. Both are limited in quantity.

Meanwhile, the Big Peat blended malt brand is launching its first age-statement whisky. Only 3,000 bottles of Big Peat The Golden Edition 25 year old are available, but two more age-statement expressions will follow in the coming years.

Beyond scotch, The Sexton is a new single malt Irish whiskey that was made at Bushmills Distillery and matured for four years in sherry butts. It’s only $28.

Finally, just a couple weeks after announcing its 18 year old rye whiskey, Redemption is releasing a 36 year old bourbon. It’s the oldest bourbon we’ve ever seen, and there are only 18 bottles available at a whopping $1,200 apiece. Read on for full details.

Glen Moray is launching a new sherry cask-finished expression in its Classic series of entry-level single malts. This whisky was aged 6 to 7 years in bourbon barrels, then finished for 9 to 12 months in oloroso sherry casks.

Glen Moray tends to fly under the radar of whisky lovers in the U.S., but it’s a well-respected distillery and one of the best-selling single malt scotches in France. Whisky Advocate named Glen Moray 18 year old its #10 whisky of the year in the 2017 Top 20. If you aren’t ready to drop $90 on a bottle of that yet, this NAS expression costs one-third of the price and should be a good starting point for exploring the distillery’s whiskies. 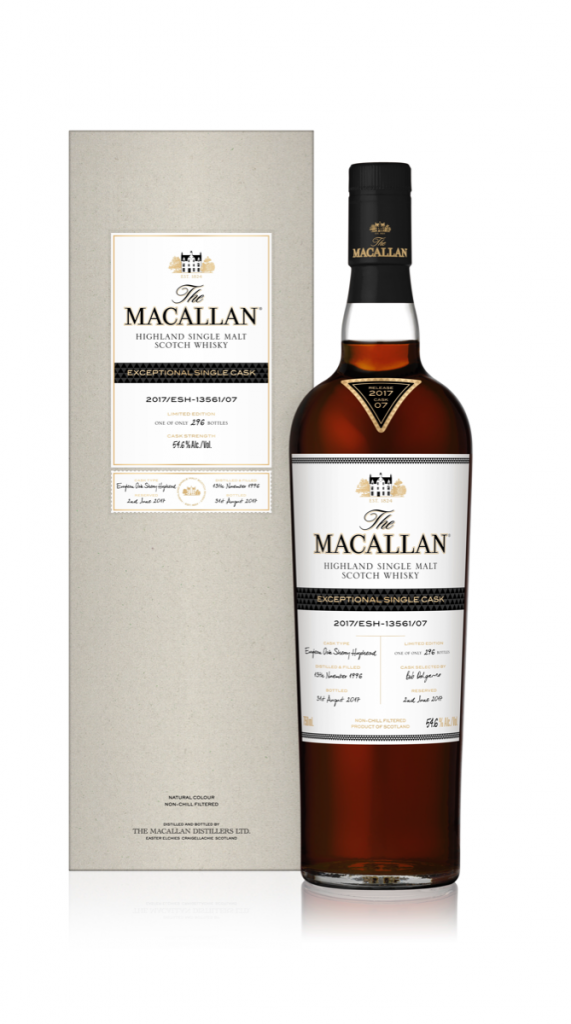 Macallan is releasing seven single casks whiskies ranging in age from 12 to 22 years old. Each expression comes from a single sherry-seasoned cask.

Macallan hasn’t made any other information available about these seven single cask whiskies—so we don’t yet know how much each will cost, or even their ages or ABVs. 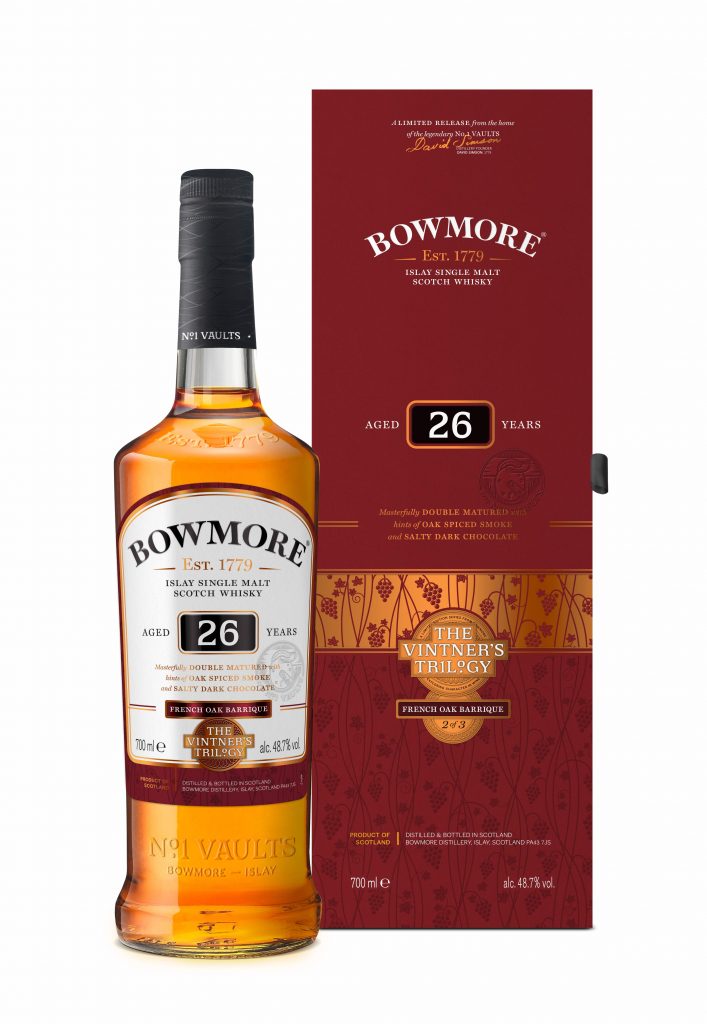 This single malt was aged in both bourbon and manzanilla sherry casks. Manzanilla isn’t a very common type of cask to use in whisky aging, so this is a good opportunity to taste the influence of this dry-style sherry on the final whisky. 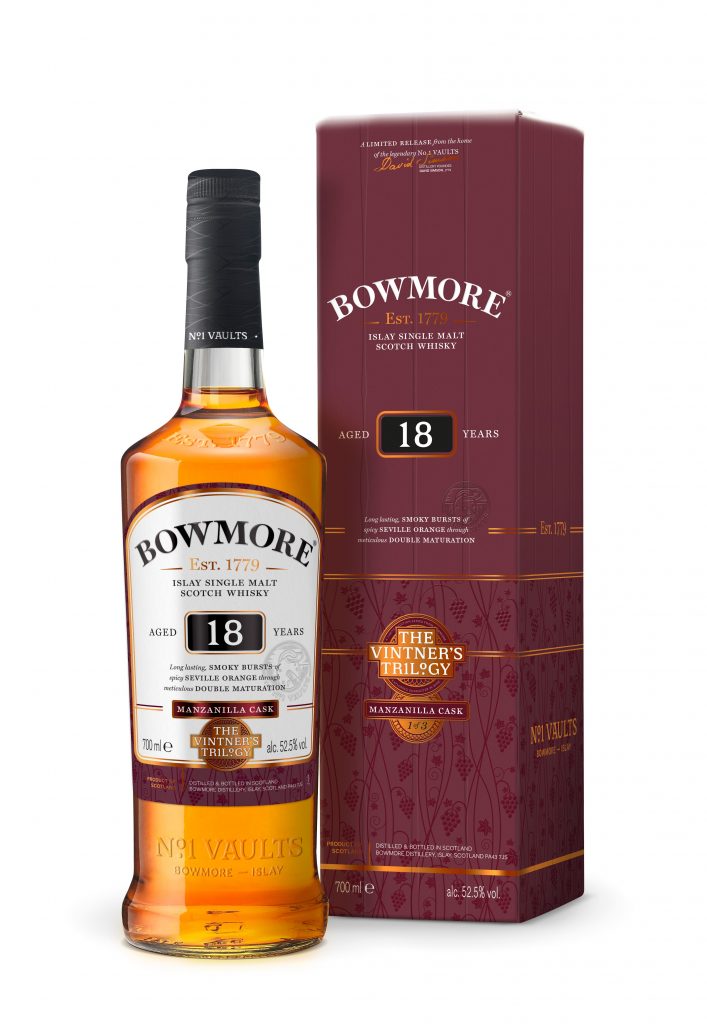 This whisky spent the first half of its life in bourbon barrels, followed by another 13 years in wine barriques.

These two whiskies are part of a new Vintner’s Trilogy from Bowmore; the third release will come out in 2018. The whiskies come from manzanilla sherry, wine, bourbon, and Islay malt whisky casks that matured in Bowmore’s No. 1 Vaults on Islay. 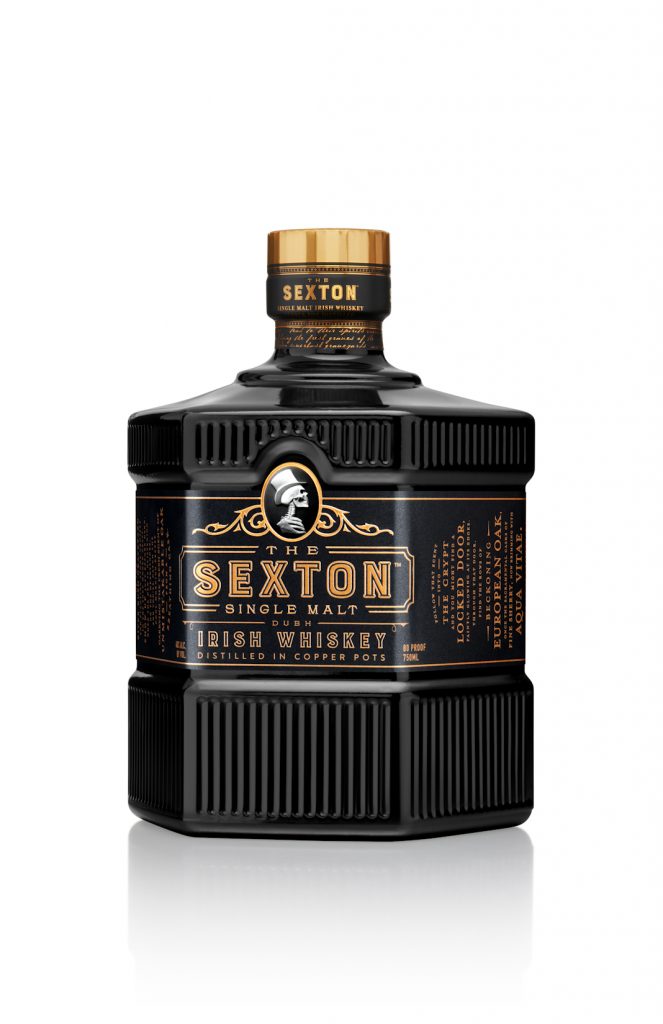 A sexton is the custodian of a church, often including its cemetery, and this whisky includes a lot of death-related imagery. The press release states that The Sexton challenges people “to make choices every day that will add up to a life story worth telling.” 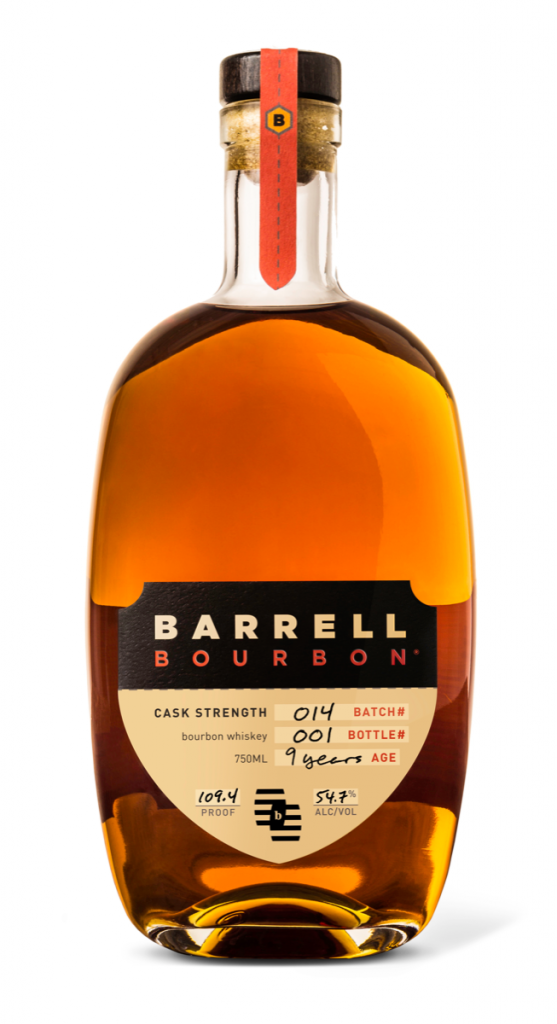 Fans of Barrell’s custom bourbon blends don’t need to be told that they’re well worth seeking out. But if you haven’t tried any Barrell bourbon yet, bear in mind that it consistently scores in the high 80s and 90s in our Buying Guide. 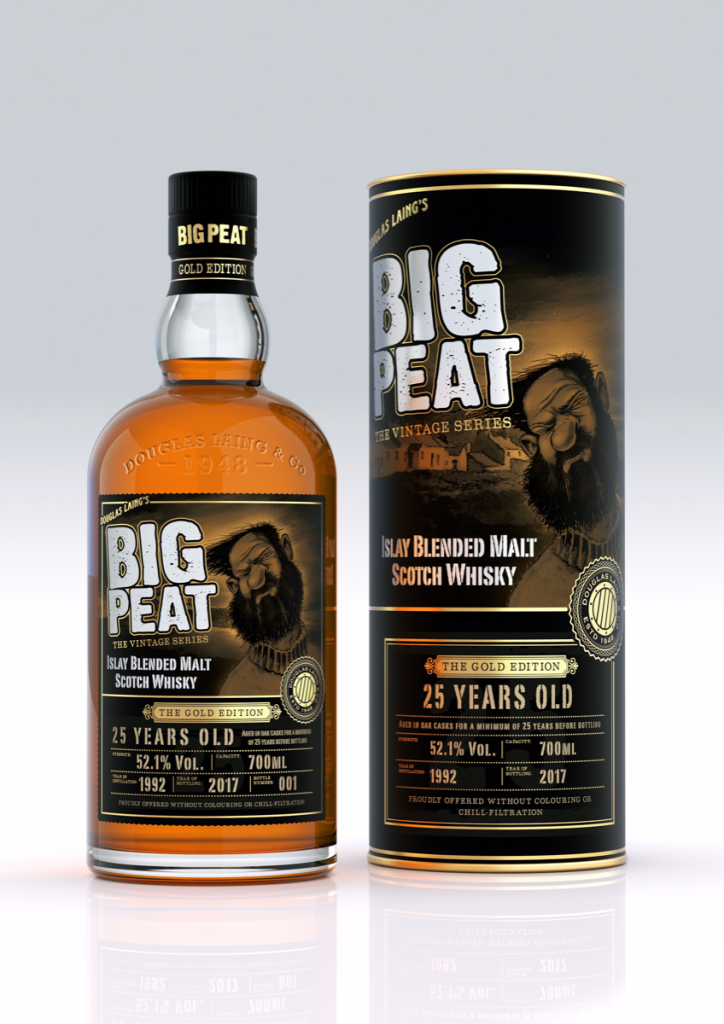 Douglas Laing & Co.’s popular Big Peat blended malt is adding a trio of limited-edition expressions featuring age statements for the first time. The Gold Edition debuts first at 25 years old, with the other two releases coming in the future.

Big Peat uses single malt whiskies from a number of Islay distilleries, including Caol Ila, Bowmore, Ardbeg, and the silent (soon to be revived) Port Ellen. Of course, the Port Ellen component of the blend has always been well aged, since that distillery closed in 1983. But now it’s guaranteed that all the whiskies are at least a quarter-century. 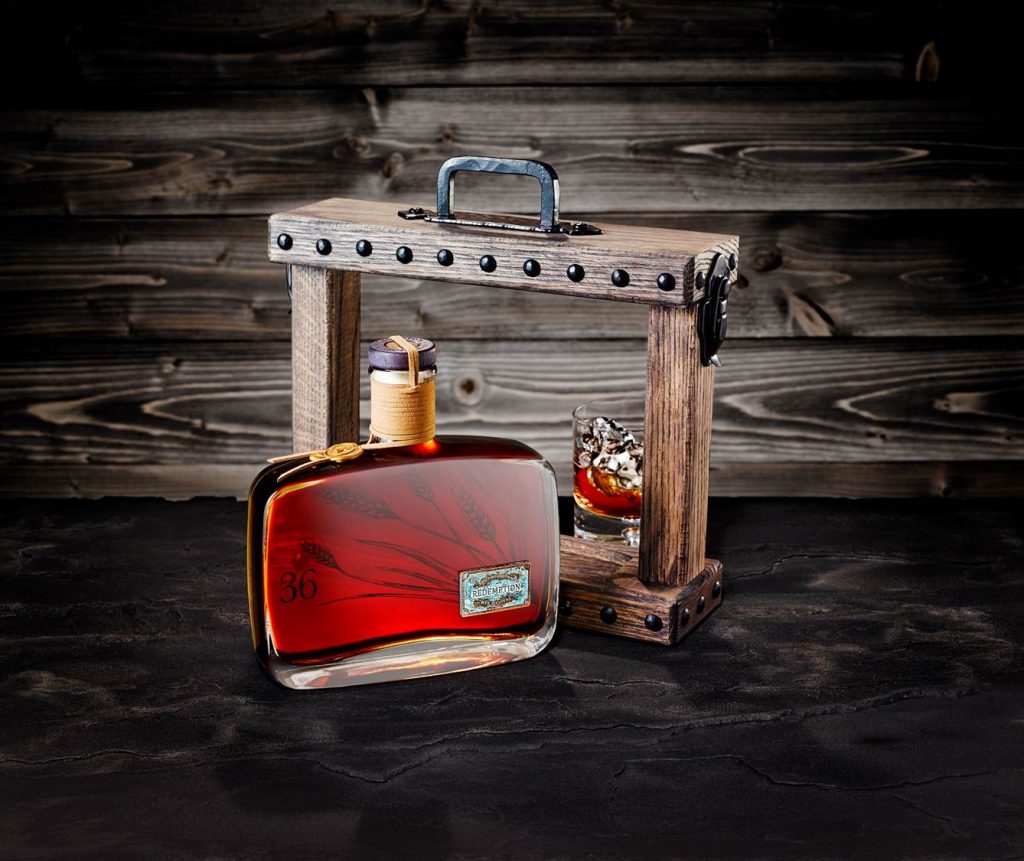 Redemption is launching a new collection of rare, super-aged whiskeys called “The Ancients.” The first release, an 18 year old rye, was announced a few weeks ago, and now the company has unveiled a bourbon that’s a whopping 36 years old. It was made at MGP Distillery (formerly Seagram’s Distillery) in Indiana. Four barrels, which had lost 94% of their liquid over the years, contributed to the 18 bottles available.

Many bourbon drinkers have a preferred age for their whiskey—for example, Wild Turkey master distiller Jimmy Russell likes his at 8 to 12 years old. This bourbon is three times that age, which almost guarantees it’s going to taste of nothing but wood. But if that’s the type of bourbon you like, and you have $1,200 to spend on a single bottle, then this whiskey should be right up your alley. Just let us know what you think of it.