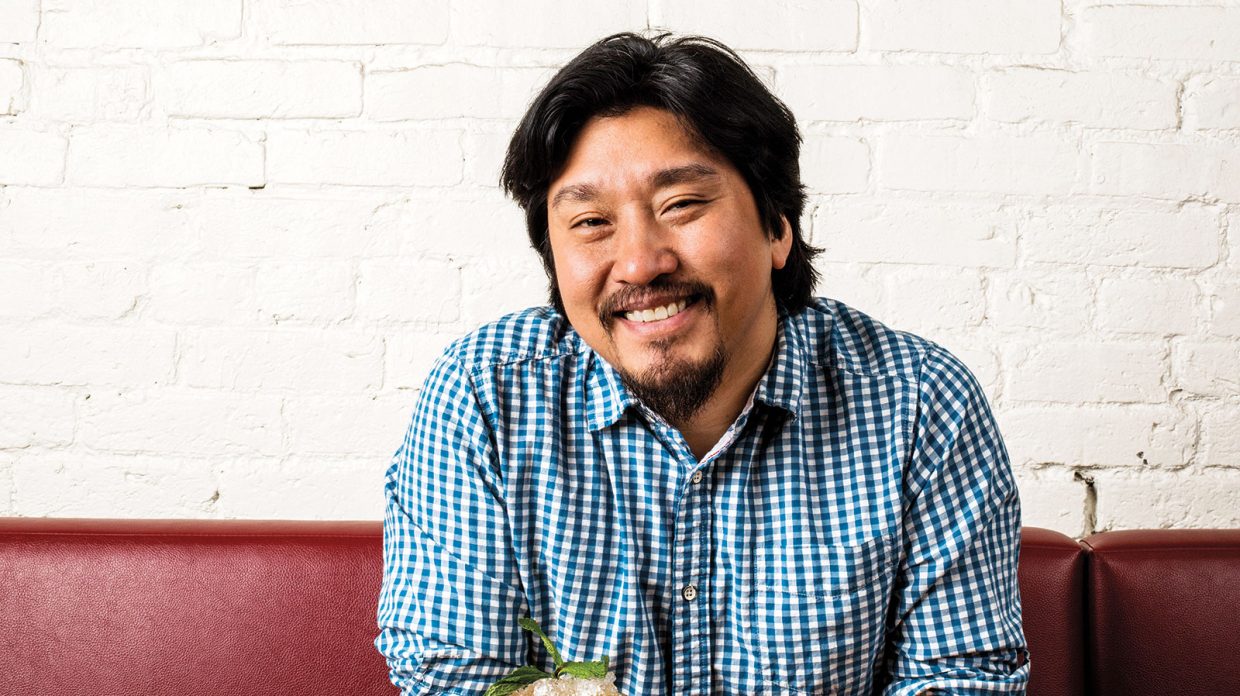 Put down that beer! Too often our favorite spirit gets cast aside in favor of a cold brew or a white wine when the heat is on. But bourbon, our great American whiskey, is also one of the most versatile spirits at the table, according to celebrity chef, author, restaurateur, and whiskey lover Edward Lee.

Lee has created a summer menu that pairs perfectly with our love of bourbon. At his standout restaurants in Louisville, Ky. (MilkWood, 610 Magnolia, The Wine Studio, Whiskey Dry) and the Washington, D.C. area (Succotash), Lee gets playful with flavors of the American South. Green curry boudin sausage, for example, challenges expectations with Lee’s signature Asian twists, while his riff on a cheeseburger comes slathered in pimento cheese and slab bacon jam. No matter what he’s cooking, Lee’s food is fresh, contemporary, and often pairs brilliantly with whiskey, a personal passion of his. Indeed, his restaurants feature extensive selections of the spirit, with a particular focus on bourbon. From Four Roses Single Barrel to George T. Stagg and beyond, whiskey lovers are likely to get blissfully thirsty while perusing the lists at his establishments.

“Whiskey is really a perfect pairing for a lot of contemporary American food,” Lee explains, noting how influences from around the world have greatly expanded the palette of flavors in new American cuisine. “Anything that has a smoky flavor to it, anything that has a spice flavor to it, even a cheeseburger…[which is] very fatty, it’s very rich, it’s very aggressive in flavor. I feel like whiskey does a really good job of standing up to it, and not overpowering it at the same time. So you really need to pair aggressive food [flavors and textures] with the aggressive flavor of whiskey.”

As with all pairings, success is about balance. Sipping a high-proof whiskey alongside particularly spicy foods can create an unpleasant collision of hot and potent flavors, often highlighting the spice heat at the expense of more subtle nuances, cautions Lee. When mixed into a cocktail, however, the complex flavors of whiskey are set free from the intensity of alcohol. “Let’s think about a whiskey cocktail,” says Lee, “where we can add some acid, we can add some bubbles to it, and at that point, whiskey becomes a really beautiful flavor backdrop, and you can really go anywhere you want with it. It’s about then being smart with your cocktail flavors that you’re creating.”

Starting with three classic bourbon cocktails as inspiration, Lee developed these summer recipes as a means to champion whiskey at the American table. The combinations are both quintessentially American and thoroughly contemporary—just like Lee’s cooking.

Why it works: Lee likes the fact that this cocktail is carbonated, the same palate-cleansing quality that makes beer a natural partner with fatty wings. Bourbon and Ginger, however, is an even better match with this recipe! The sweetness from the bourbon and the hint of spice from the ginger beer or ale complement the heat of the wings. As a bonus, this cocktail lacks the filling heaviness of a high-test beer.

Why it works: “The whiskey has all the structure to stand up to the chocolate, the umami, the nuts, the sugar, all that—the caramel. But then, the sourness [of the lemon] is just giving you that burst of relief; you’re giving your mouth a little break from all of that heaviness,” says Lee. 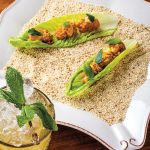 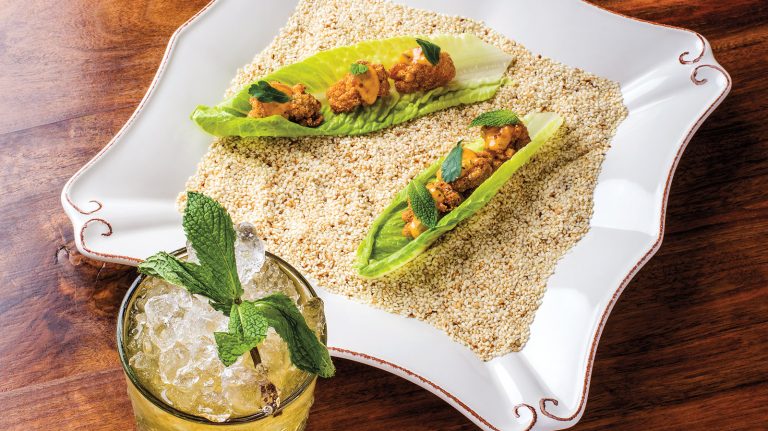 Created by chef Edward Lee, this crunchy and tangy appetizer makes a perfect match for a bracing Mint Julep. 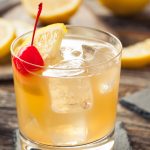 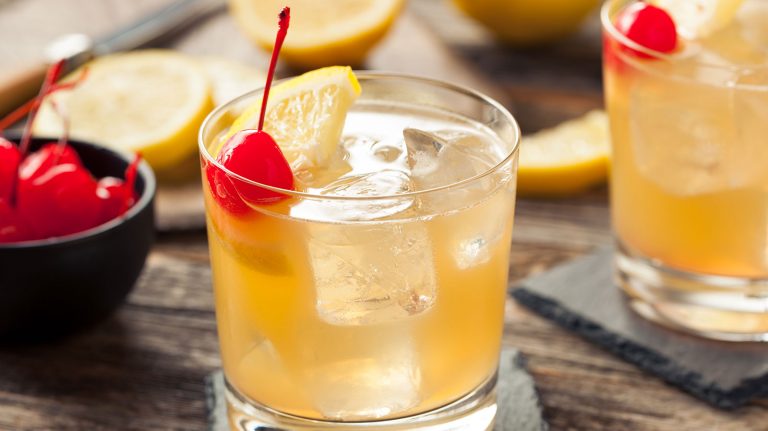 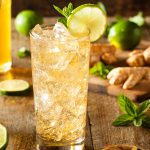 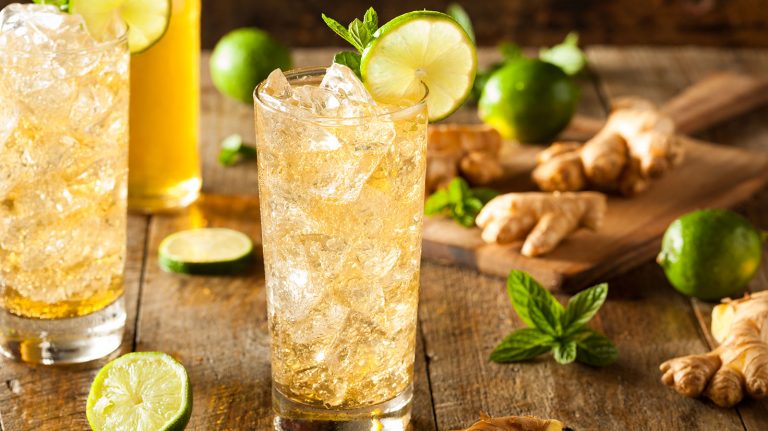 One of the simplest whiskey cocktails, it can be made with ginger ale or ginger beer.