St. George’s Day falls on April 23rd, and commemorates the death of England’s patron saint. On that day in 2022, 15 English distillers came together to form their own association, called the English Whisky Guild. Thus far, the group has applied for Geographical Indicator status, and is now working to create definitions for English whisky and English single malt whisky. All its members are fairly new distilleries, the oldest among them being founded in 2006.

Indeed, the contemporary English whisky scene is barely 20 years old, with most of England’s 40 or so distilleries opening in the last 5 to 10 years. Unburdened by tradition, English distillers are embracing innovation, without a backward glance to the lost English distilleries visited by Alfred Barnard in the 19th century. This fledgling industry observes the broad principles of scotch whisky production, though interpretations are a bit more relaxed south of the Scottish border, especially in regard to grains, distillate styles, and cask selection. “Ten years ago, if someone had said there would be a proper whisky distillery in Yorkshire, you wouldn’t have believed them,” says Spirit of Yorkshire whisky director Joe Clark. “We’re young distillers and bright minds. In 10 years’ time I do believe that we’ll be leading the way in progressive whisky making.”

Spirit of Yorkshire, co-founded by Tom Mellor and David Thompson, is situated on Yorkshire’s North Sea coast and began distilling in 2016 as a field-to-bottle producer with a keen focus on sustainability and environmental responsibility. Mellor runs Hunmanby Grange farm, which produces 600 tons of malt and 80 tons of rye a year. Its whisky is named for Filey Bay, which lies along the Yorkshire coastline. Mellor and Thompson engaged the late whisky consultant Dr. Jim Swan, who helped with the distillery’s design. Spirit of Yorkshire makes two different styles; both are laid down in the warehouse in first-fill bourbon casks, with smaller proportions filled into oloroso sherry casks and PX hogsheads. On the experimental side, peated casks and sister company Wold Top Brewery’s IPA barrels are used for finishing. And before long, the distillery will be filling its first casks of English oak. 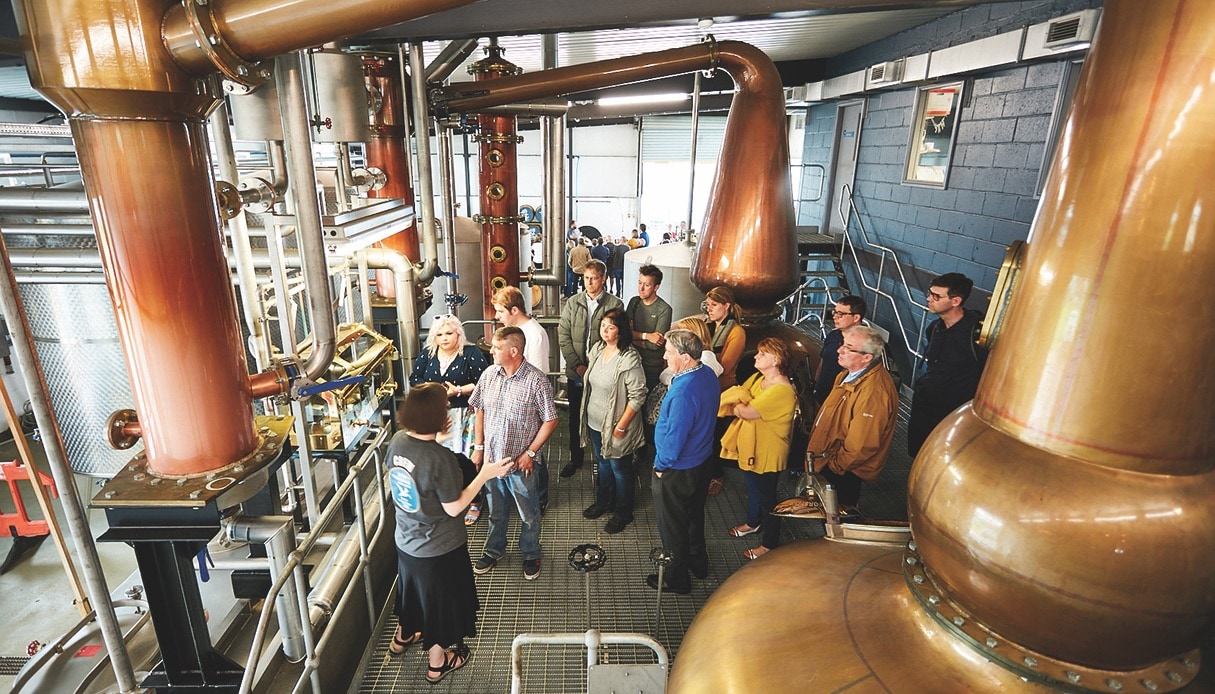 Production is split between the working farm and the distillery, with 4 tons of malted barley put through its mash tun and 10,000-liter fermenters annually, using equipment shared with the brewery. It’s a manual operation with hand-turned valves controlling things—cuts are made by directly assessing the spirit rather than via computer. “Nosing and tasting through the cut points allows you to keep a tight middle cut, so you’re not letting in any unwanted flavors,” says Clark.

Spirit of Yorkshire was attracting 36,000 visitors a year before the pandemic hit, and its shop is stocked with interesting bottlings. Around 3,500 casks lie in the warehouse, with Clark monitoring the inventory and deciding what to bottle. Some 85% of each year’s production is held back to ensure sufficient stocks for the future. Spirit of Yorkshire grows enough barley on its farm to step up production from the current four days a week to six, though that move will create the need for a second warehouse.

Not everyone agrees on how to define English whisky’s style. “English single malt whisky is closest to single malt scotch, rather than world whisky, because we’re part of the same land,” says Dariusz Plazewski, the Polish-born master distiller who founded London-based Bimber Distillery in 2015. “We’re more like a region of Scotland—that’s why English whisky is so successful.” His view is that England began making single malt using scotch whisky methods, just like the Japanese did. The English whisky industry is already splitting into two groups, he says: one making single malts, the other producing whisky from various grains, closer in style to bourbon or rye. “The [other style] is going to struggle in bigger markets,” he predicts. “Everyone knows what single malt and bourbon are, but nobody knows what bourbon-style English whisky is. I’m more of a single malt lover, so that’s why I created Bimber, to make single malt.”

Designed to be drinkable as a young whisky, Bimber is full-bodied and fruity, with notes of sweet vanilla and a hint of spice. The small production team works seven days a week using traditional methods to produce 50,000 liters of pure alcohol (lpa) annually. Bimber uses floor-malted English barley from a single farm, Fordham & Allen, in Farleigh Wallop, Hampshire and fermentation is long, taking place in seven open-topped wooden washbacks over seven days. At present, distilling is in two 1,000-liter direct-fired pot stills, with Plazewski making early cuts to capture the fruity character in the new make spirit. The acquisition of a larger 2,000-liter wash still and seven new washbacks is in the planning, but they will eventually need to relocate to a larger space in London. To accelerate maturation, active casks of European, American, and Japanese oak are filled, which contribute lots of flavor to the whiskies, and these benefit from England’s much warmer climate than Scotland, leading to greater interaction between the oak and the spirit. London experienced heat wave conditions in 2022, hitting 104° F in July.

With limited capacity, Bimber has attracted a strong community of whisky lovers through its single cask program. The distillery’s releases, like the Spirit of the Underground series, emphasize a strong design aesthetic: Co-founder Ewelina Chruszczyk creates the eye-catching Bimber labels and tubes in-house, giving the husband and wife team greater agility than with a design agency to manage their need for distinctive packaging, as Bimber releases each single cask as a separate limited release. 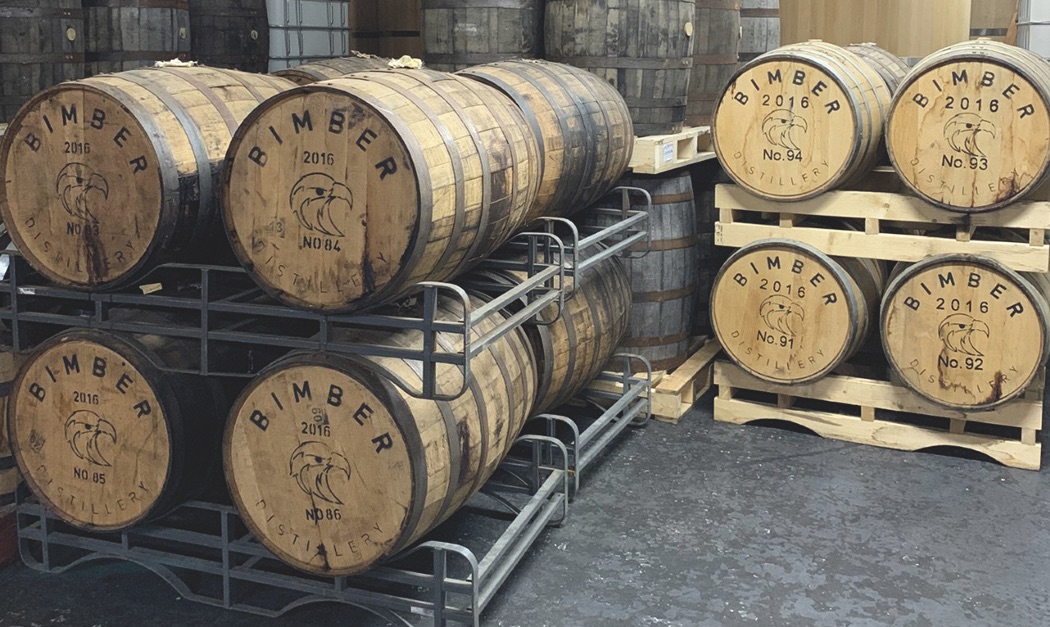 Plazewski would prefer English whisky to remain a niche, crafted product, but while there will be further Bimber U.S. releases in 2023, it is already one of those distilleries that can never satisfy that market in its present form. “Americans like the style we produce because it’s quite fruity, sweet, easy-drinking whisky,” he says, and his only aspiration is that each release finds its way to whisky enthusiasts to enjoy.

His next priority, however, is Dunphail Distillery, a new project on Speyside, that will open by the end of 2022 and be the first to produce single malt whisky on both sides of the English–Scottish border. “We’ve got limitations; we’re in an industrial space in London, so we’re never going to get the same feeling as Scotland,” Plazewski admits, with reference to the romanticism of the iconic single malt scotch distilleries. “I just fell in love with this beautiful old steading in Speyside.” While the search for the Bimber relocation continues, Plazewski is finding peace and quiet away from the commotion of London to continue his cross-border whisky journey.

The rural idyll of the Cotswolds is one of the most unspoiled parts of England, with its attractive market towns built from golden-colored Cotswolds stone. Its quality of life attracted Daniel Szor, a native of New York City, to found Cotswolds Distillery here in 2014. “I did this out of a love for whisky and a love of the Cotswolds,” he beams. “The people who live here have the huge privilege of essentially living in 19th-century England, just one hour away from London by train, and that’s a big draw for visitors.”

Szor sees his contemporaries as part of a broader world whisky movement far beyond the UK’s shores, like Chichibu in Japan, Stauning in Denmark, Zuidam in the Netherlands, Westland in Seattle, Swedish distilleries Mackmyra and High Coast, and leading producers in India and Tasmania. 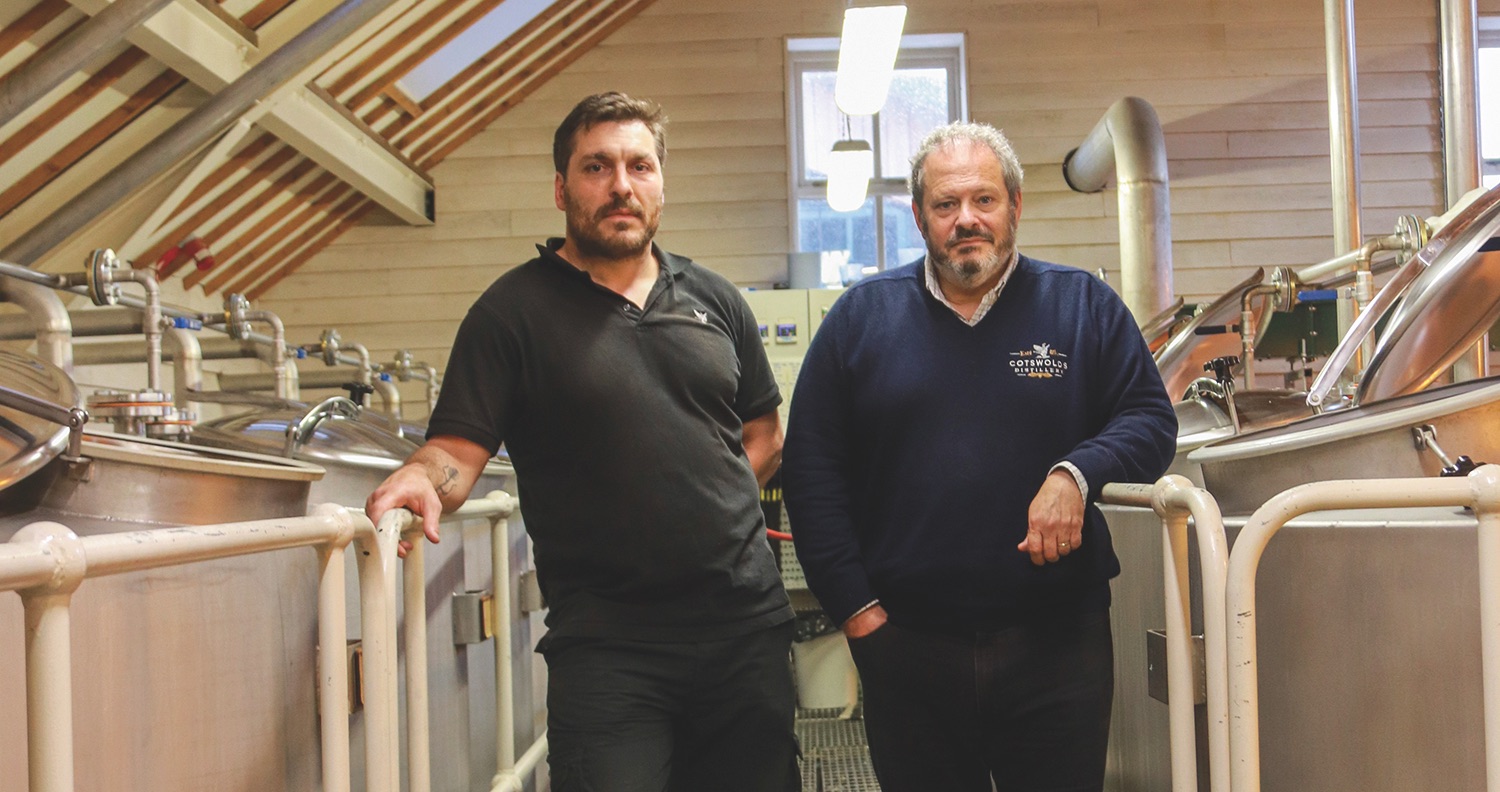 Cotswolds gin started getting noticed in the U.S. long before its whisky debuted in 2017. Now, Cotswolds whisky is exported to 40 countries, with the U.S. being the largest overseas market. It offers six core bottlings (see below) and seasonal and single cask releases that will be available here in time. “Founder’s Choice has particularly resonated,” says Szor, “because those freshly charred casks give you a bourbon-like quality with a lot of flavors that Americans understand: big, intense coffee and chocolate flavors, beautifully balanced with berry notes.”

Szor estimates that the current combined output of all English distilleries is below one million lpa; that’s less than the capacity of a mid-sized scotch distillery like Glencadam. Cotswolds recently expanded, making it one of the largest whisky distilleries in England, with a 2-ton mash tun, a 10,000-liter wash still, and 7,500-liter spirit still, increasing production capacity from 125,000 lpa up to a potential 750,000. It’s England’s first modular distillery too; Forsyths constructed the entire distillery in a hangar on Speyside, broke it down into sections to transport, and then reassembled it in the Cotswolds.

As for the English Whisky Guild’s evolution, it will require consensus on batch versus continuous distillation, using pot or column stills, and whether to insist on 100% English grains, which could make life difficult for peated whisky producers. “We’re trying to create a definition strong enough to protect the reputation, image, and quality of the category, like the Scotch Whisky Association (SWA), but loose enough to encourage the creativity that the SWA maybe stifles,” says Szor, vice chair of the group. “We have more in common than what separates us, so we’re in the enviable position of being able to honestly cheer on the next guy down the road. I can still be world whisky, but I can be English whisky too, which is cool.” 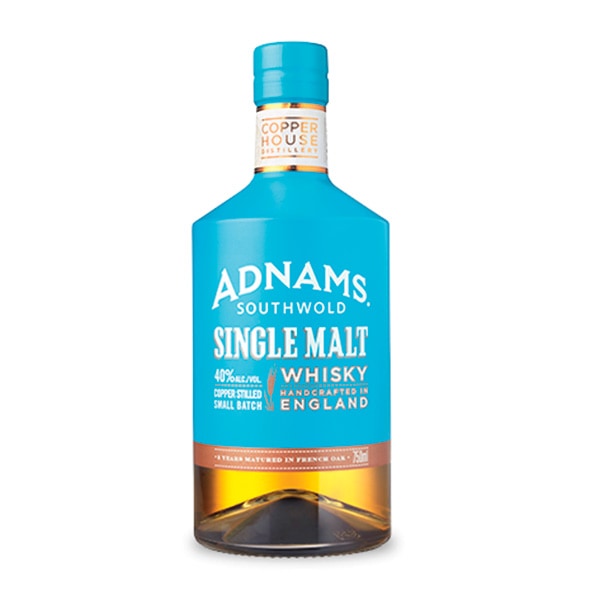 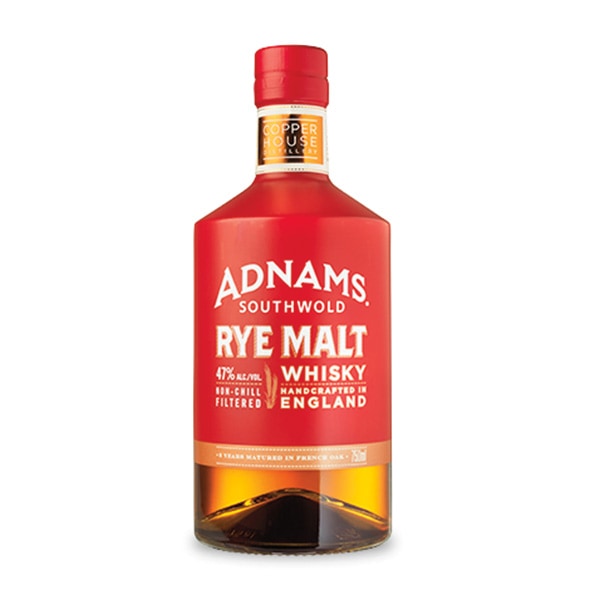 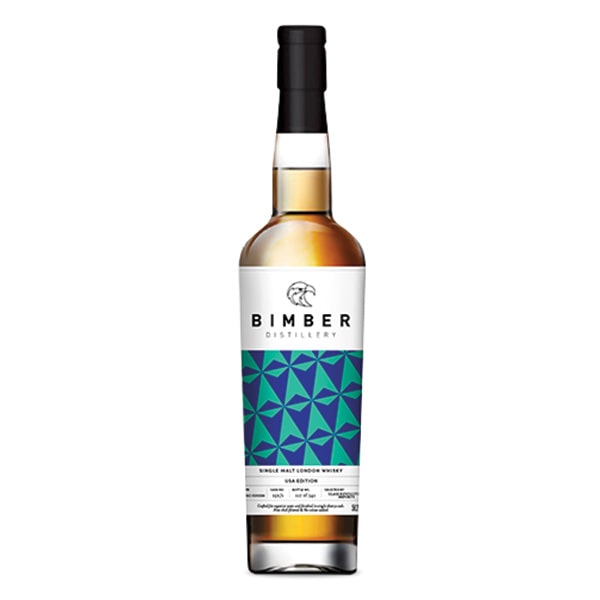 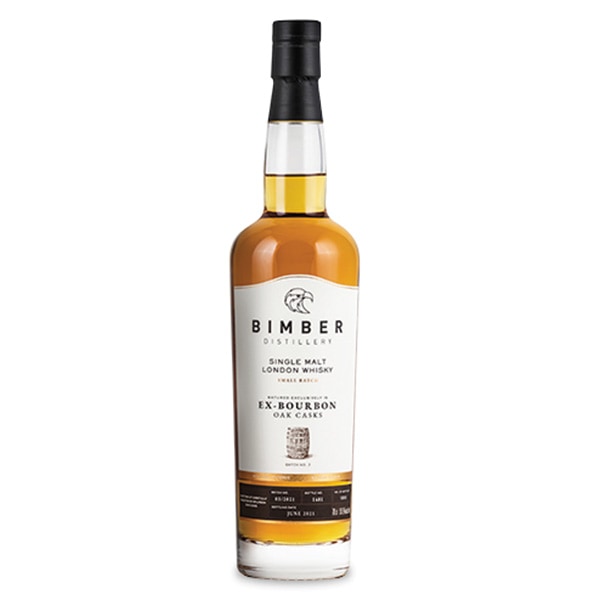 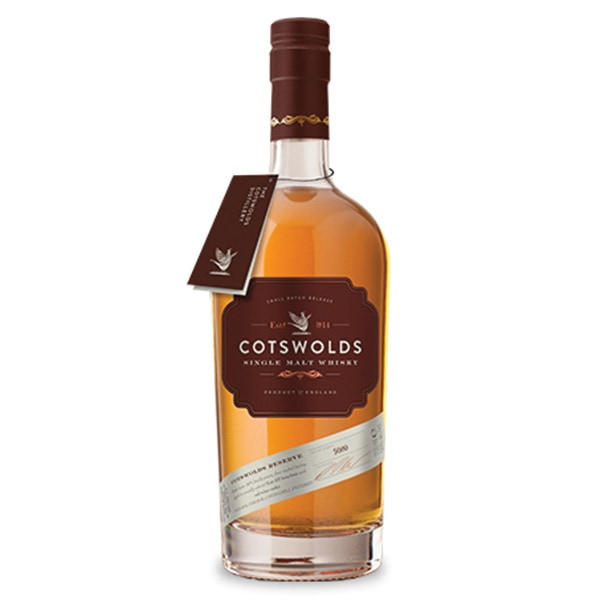 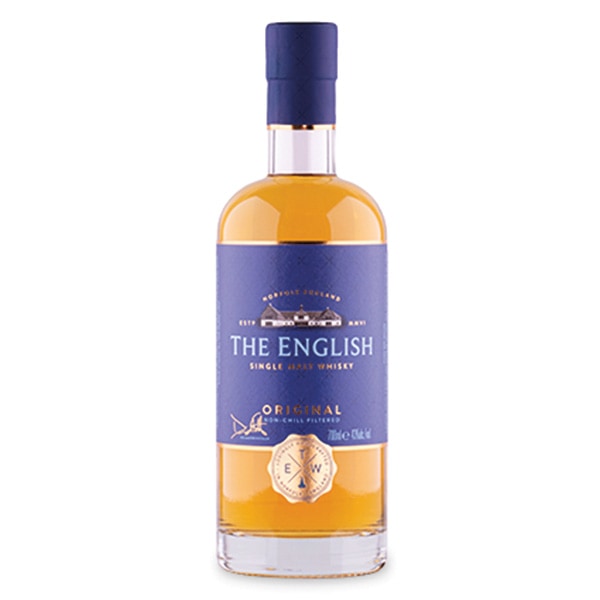 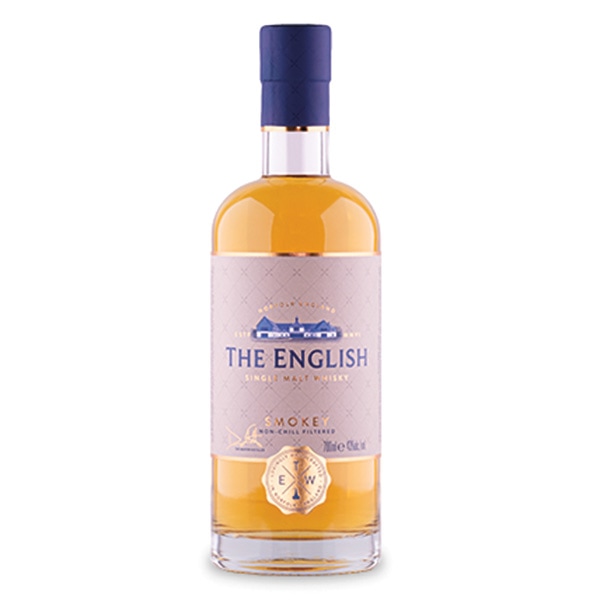 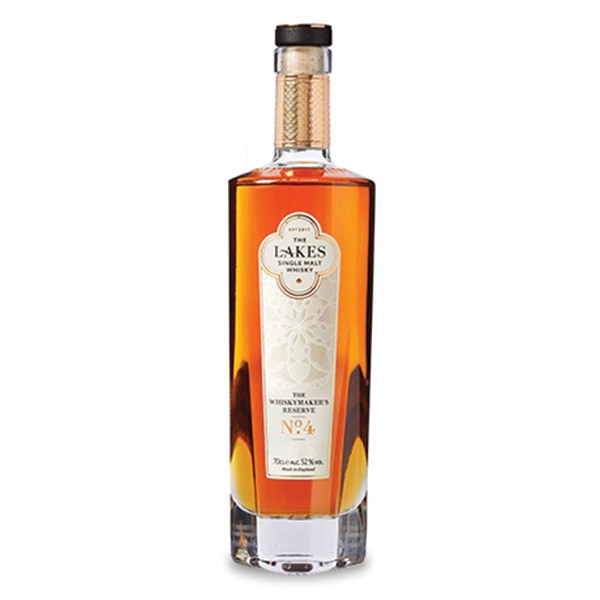 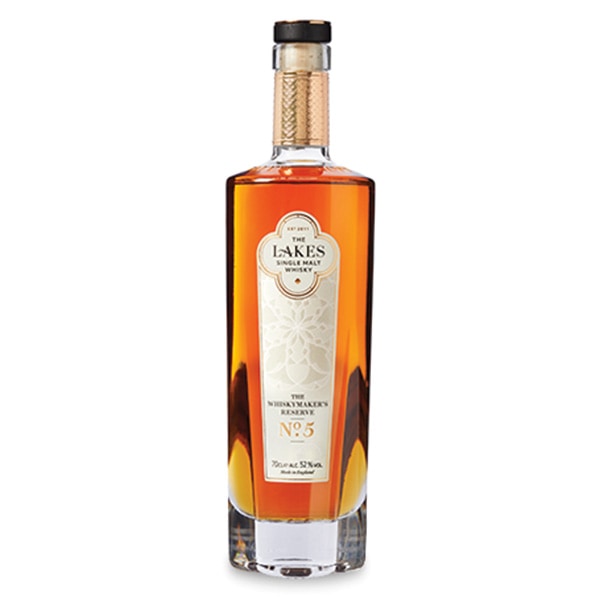 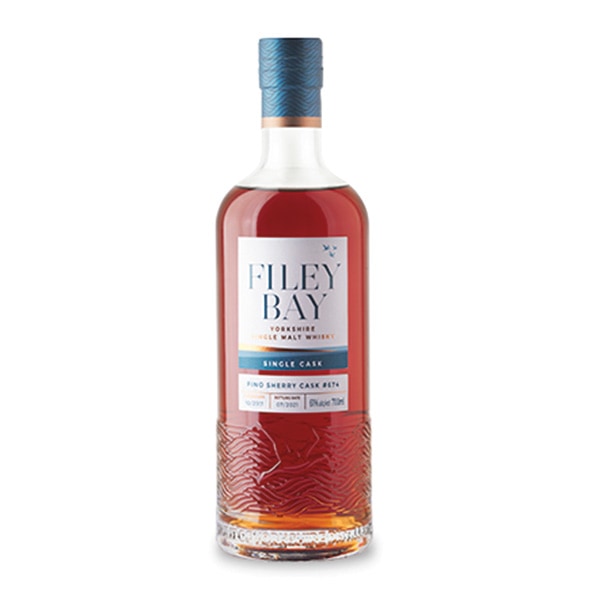 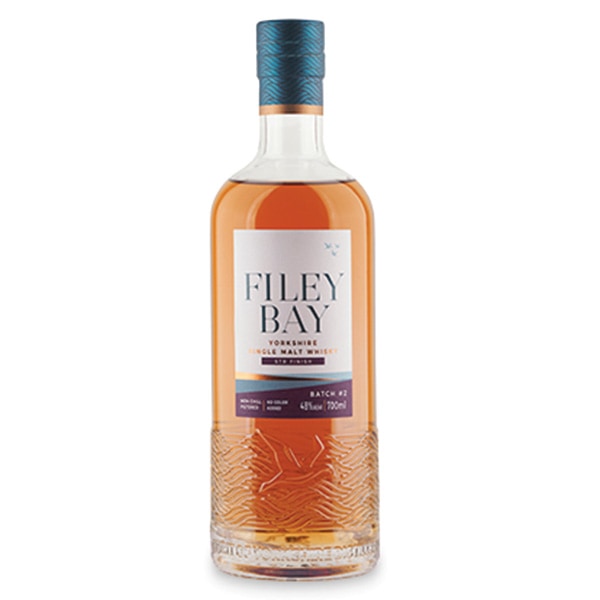