Nelson's Green Brier Distillery to Renovate With Emphasis on Hospitality

A new generation of distillers has been rekindling Tennessee’s whiskey culture beyond its great stalwarts Jack Daniel and Cascade Hollow. Nashville is home to a number of these players, including Nelson’s Green Brier, which has just unveiled plans to remodel its distillery, with a heightened focus on hospitality and the visitor experience.

Nelson's Green Brier is located in Nashville's Marathon Village, an old brick auto factory that now houses a collection of business, retail, and entertainment operations. The revamp of Nelson's will create a 50,000-square-foot space that will feature an expanded tour and tasting experience–including a hall of history highlighting the Nelson family’s distilling roots, in addition to a view of the bottling line, and enhanced education around the distilling and barrel-aging process. A bar, restaurant, open-air garden, and private event spaces are also part of the mix. The renovation is currently underway and will be completed by early summer.

“It's just wild to see,” co-founder and head distiller Andy Nelson says of the foot traffic at their home base. “We were bursting at the seams. All of our tours have been packed, particularly Fridays, Saturdays, and Sundays. We were starting to have to turn people away.” Nelson notes that they hope to attract more local residents, in addition to the steady stream of tourists, with the remodel. “We're quite thrilled to be able to offer something here in the next few months that more locals can enjoy on a daily basis." 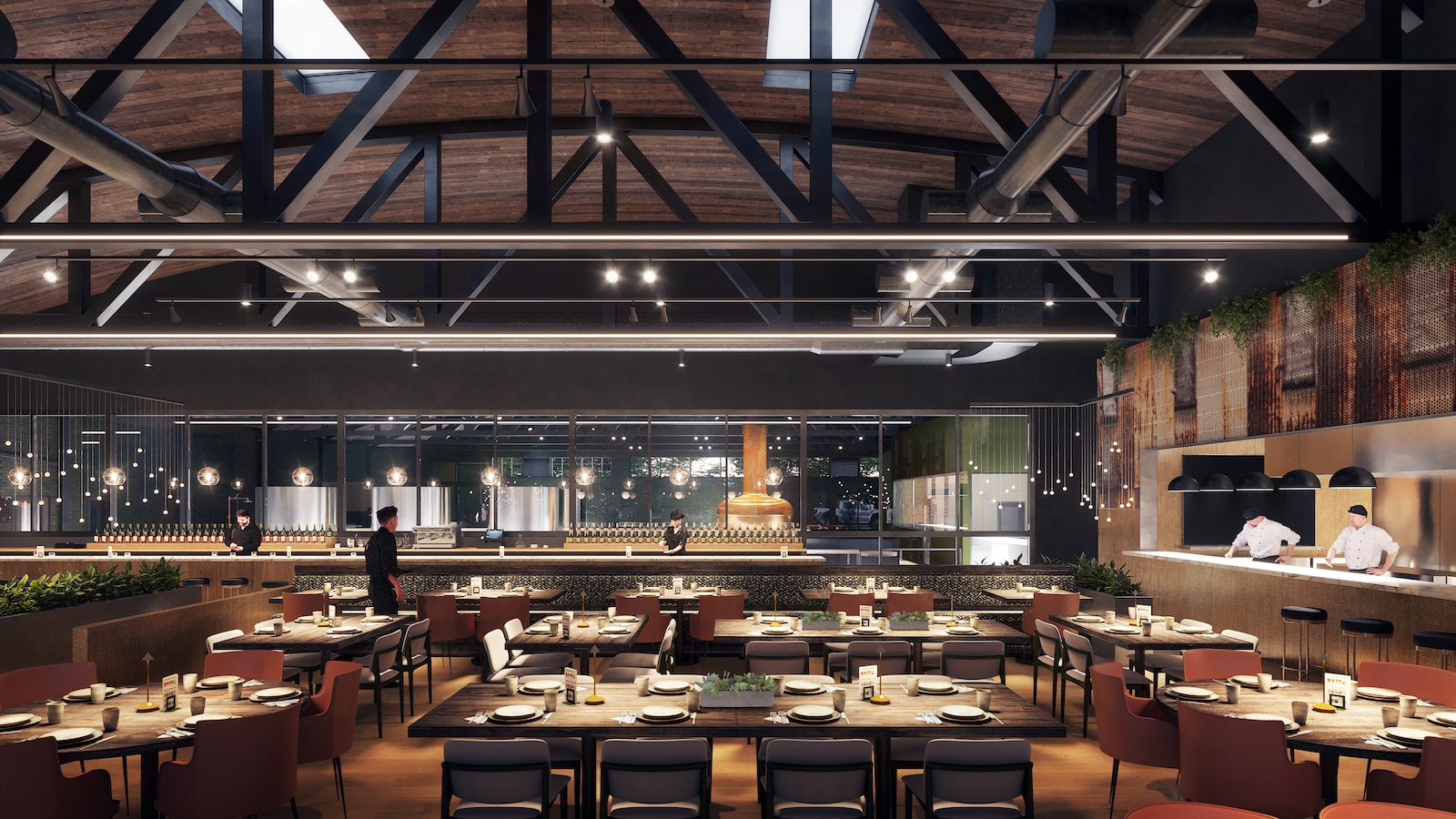 A rendering of the forthcoming Nelson's Green Brier Distillery restaurant.

Nelson says that the emphasis is on giving visitors the best experience possible and improving upon their previous tour and tasting programs. “We had so many years to figure out what's working well, what we want to highlight and keep, and what we want to adjust and make better.”

Nelson and his brother Charlie relaunched Green Brier Distillery in 2009, revitalizing a family distilling business that had shut down in 1909. They started by sourcing whiskeys for their Belle Meade line, with Belle Meade Cask Strength landing at No. 10 on the 2018 Top 20 list. They have been making whiskey in-house since 2014, though they continue to source, blend, and produce line extensions. Nelson Bros. Reserve, a blend of sourced whiskeys released last year, likewise landed at No. 10 on the 2022 Top 20 list, scoring 93 points.

This new project highlights the brand’s growth in recent years, though Nelson says production will only grow slightly as a result. They won’t be adding new stills, but will be replacing all the ancillary equipment, including new fermenters, which will make for more modern and efficient production. “We will eventually and more quickly be able to go to three shifts a day production. So once that happens and we staff up appropriately, we’ll go from [producing] roughly four barrels a day to six. It's not four to 400, but it's really nice to be able to do that.” Nelson says. As for barrel storage, the renovations actually mean less being kept on-site, as Nelson estimates it will retain about 1,000 barrels with the rest stored at an offsite warehouse.

While the changes won’t result in more whiskey in the short term, Nelson says there are improvements like a new loading dock, which will drastically enhance daily operations. He’s also excited to have more office space and a new blending lab. Nelson’s Green Brier was at 60,000 annual visitors prior to the pandemic, and is projecting a 50% increase each year with the newly transformed space. “It's really nice to be able to show the world and Nashville in particular that we're growing,” Nelson says. 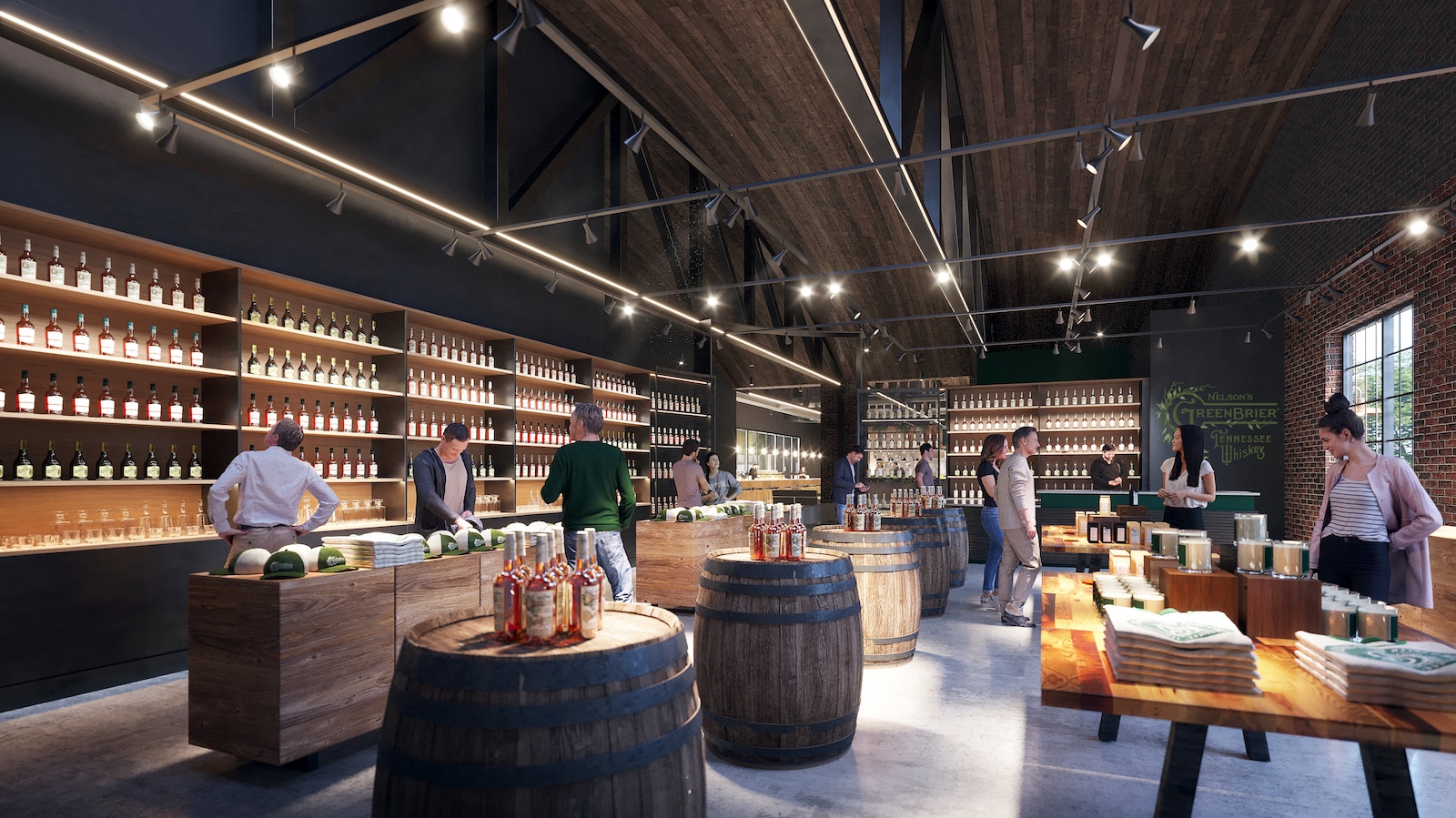