Mark Reynier is famous for his leadership role in acquiring and resurrecting Islay’s Bruichladdich Distillery back in 2000. Bruichladdich was sold to Remy Cointreau in 2012, and since then Reynier has developed Waterford Distillery, the terroir-driven Irish whiskey maker. He has also been trying his hand at rum, founding Renegade Rum Distillery on the Caribbean island of Grenada.

Renegade Rum Distillery officially opened earlier this year, though the first phase of the project began nearly seven years ago. Compared to making whiskey, rum is a very different beast—partly because there are so many ideas about the right way to make, age, and sell it. For starters, there is a divide between those who distill rum from molasses versus those that use sugarcane. Some use traditional pot stills to make full-bodied flavor bombs, while others use giant column stills that produce a lighter, more neutral distillate.

At Renegade, there was little debate on these basic questions. Given Reynier’s interest in the terroir of spirits, the column still was not an option. Nor was molasses, since this ingredient, a by-product of sugar processing, isn’t capable of expressing Grenada’s unique conditions. Since the cane was going to be the centerpiece of this rum’s story—just like barley is the star at Waterford—the first problem was finding the right people to grow it.

That would prove to be a substantial hurdle, as according to Reynier, the sugar cane industry and farming in general had been deliberately dismantled during Grenada’s Marxist revolution in 1979. “Farming, subsequently, was deemed unsexy,” he says, “After three years trying to convince small-scale farmers to grow cane for us, offering guaranteed returns, not one farmer took up the deal.”

That’s why Reynier came to add another line to his resumé—cane farming. Renegade had little choice but to establish Cane Co., a subsidiary that rents small farms in different regions of Grenada and grows several different varieties of sugarcane. And, although it was never the plan to get into farming, there was an “unintended benefit,” he says. “Not only could we be in control of it ourselves, but we could rent land on a wide and diverse array of beguiling terroirs, soils, and microclimates. We could set out with our own totally unique, and once-in-a-lifetime opportunity to explore the concept of terroir in rum from scratch.”

The plan also gave Reynier total control over the meticulous record-keeping that’s needed for the “Cane Code”—the nine-character code on the back of each bottle that can be used to access each spirit’s dossier. The Cane Code lists everything you might want to know (and more) about the provenance of the spirit—its cane variety, farm name, harvest dates, distillation method, and the number of bottles produced. You can even sip away while listening to the sounds in the field where the cane was grown.

Over-the-top? Consider, though, that of all the many fractious debates in the rum industry, transparency might well be the most controversial. Rum is often plagued by misleading age statements, liquid unnamed sources, and the use of additives, especially sugar. Those practices have held rum back from being taken as seriously as it could be—Reynier notes that it has “failed to attract the cognoscenti.” In that context, Renegade’s detailed transparency serves as a path forward.

It’s also the only way to demonstrate terroir because it helps the drinker understand how the ingredients can be affected by conditions in the growing areas. There’s perhaps no better example of this than rums from the Lake Antoine Lower Crater parcel and its neighbor, the Lake Antoine Upper Crater parcel—both of which were part of the recently released pre-cask series. As the names suggest, the main difference between the two is elevation—49 feet above sea level and 167 feet, respectively. Both are pot-distilled. Both are made from Purple Tallboy, a thick and hardy variety of cane. The Lower Crater juice has deep earthy notes, while the Upper Crater is fresh and light. What a difference 118 feet can make.

Nursery and Hope, the two other expressions in the pre-cask release, are also distinct. These will all soon be joined by two more bottlings from a new series, Études—Renegade’s first-ever launch of lightly-aged cane rums, scheduled to arrive early next year. That release is likely to be a lightbulb moment for a lot of rum enthusiasts since the entire goal of this ambitious project comes into focus after tasting these bright and elegant spirits.

With a warehouse full of stock aging in French, American, and Andean oak, there will be plenty more to come. 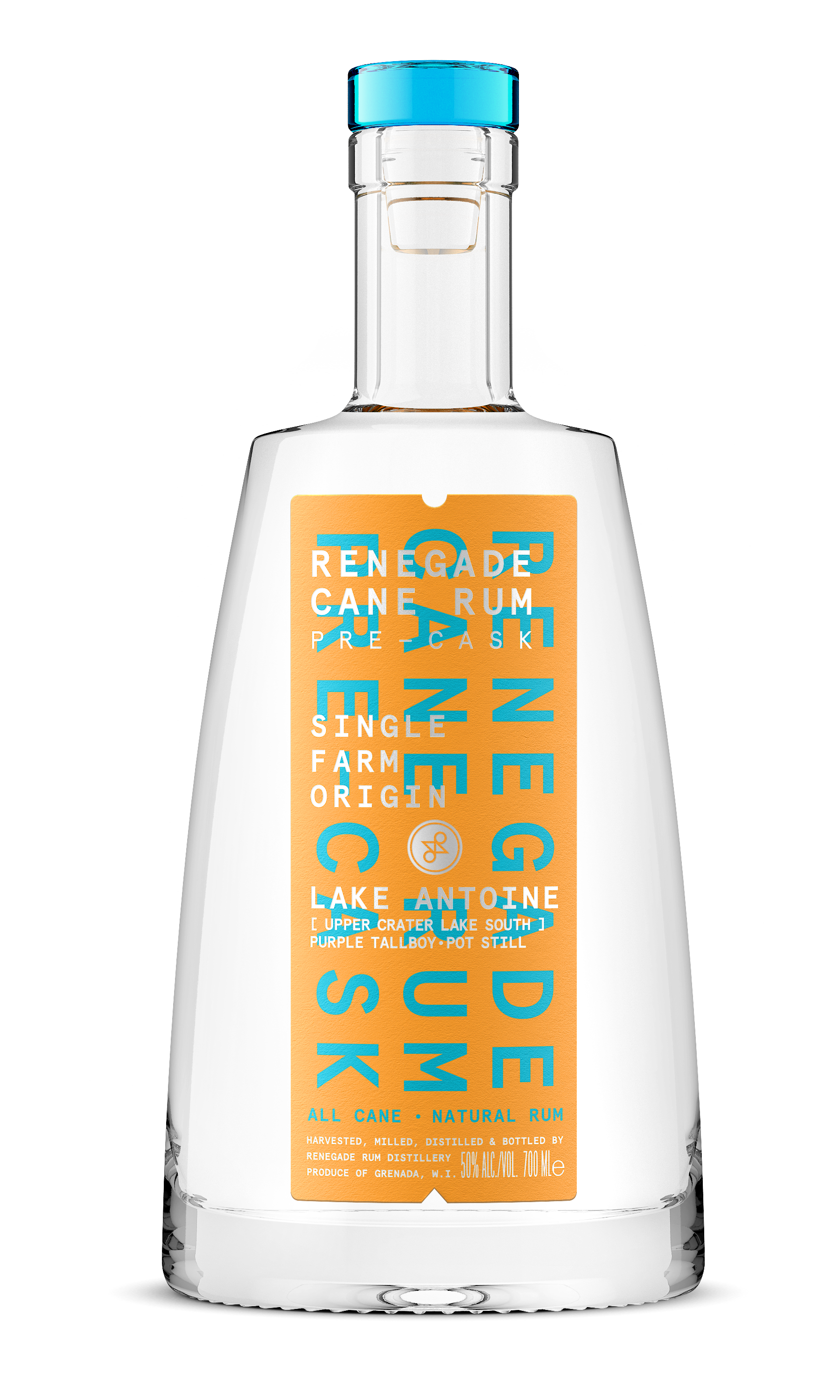 Fragrant and grassy on the nose, with lovely bright fruit and salted-caramel flavors. 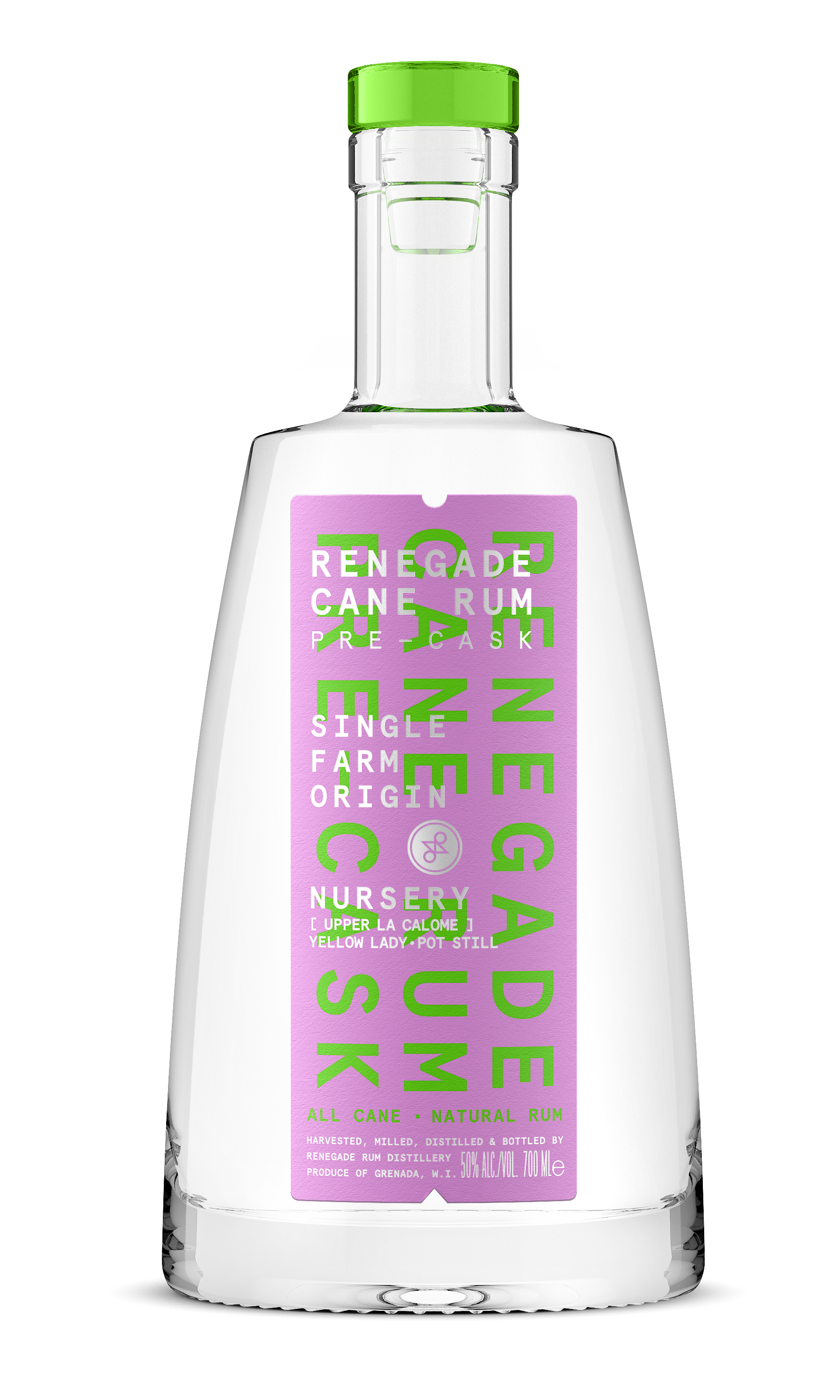 Complex and savory with layers of spice, berries, and a touch of dried flowers. 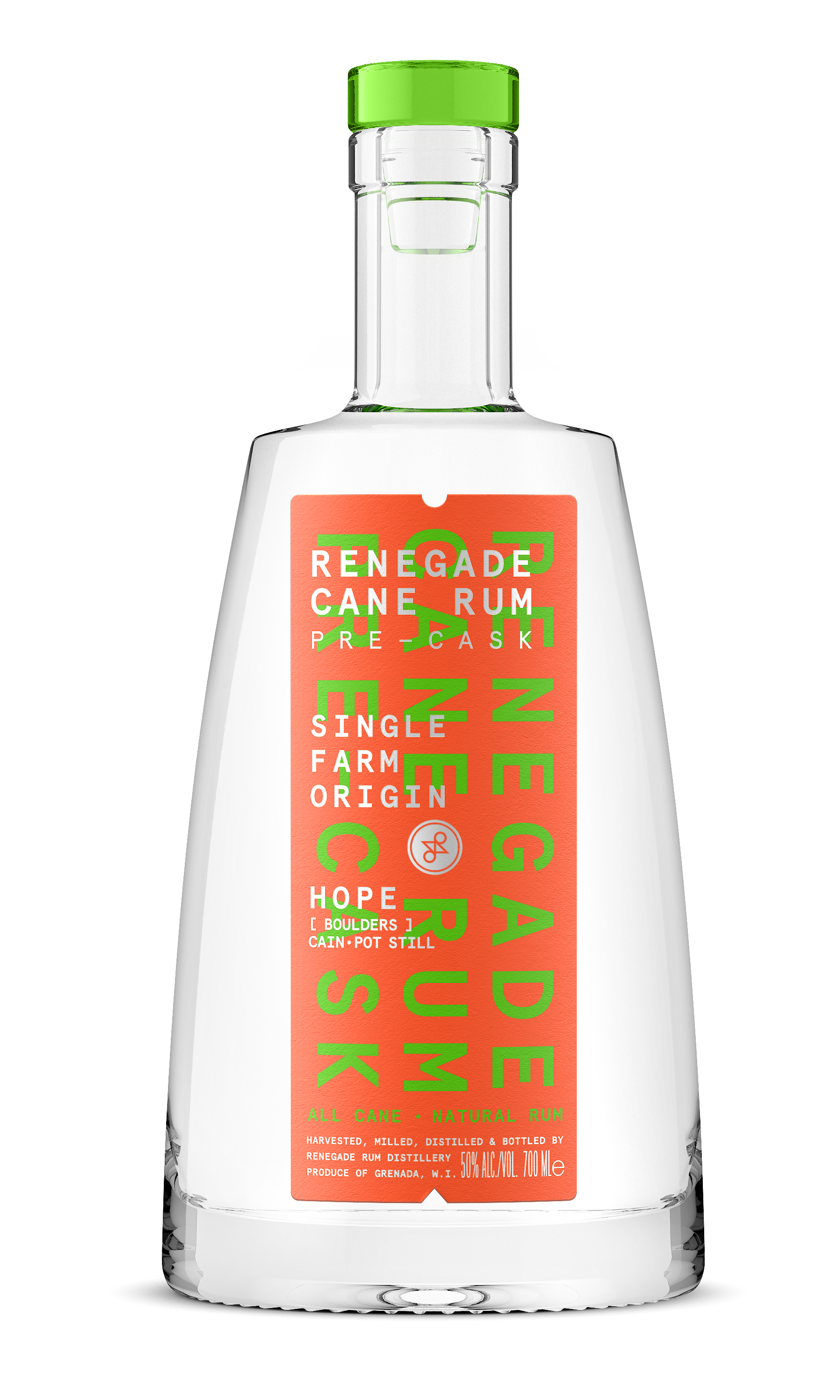 This is bright and clean, with pepper and a hint of citrus.

Lively and refined with tropical fruit, vanilla, and, after 480 days in French and American casks, just the right touch of oak.

With a light touch of honey, spice, plenty of bright complexity, and a slightly bitter finish, this rum stays with you long after you put down the glass.