New Orleans is a city with many sobriquets. It’s the Birthplace of Jazz, as it fostered the genre and great jazz musicians like Louis Armstrong. It’s also known as the Big Easy, by virtue of its laid-back lifestyle. And for geographical reasons it’s called Crescent City; as the city expanded beyond its French Quarter center it followed the curve of the Mississippi River, forming a crescent shape.

While there’s no nickname connecting New Orleans directly to whisky, the ties to revelry are legendary, and date back as far as its founding. Even in the 1700s, New Orleans was well-known for its culture of drinking and dancing, and by the early 1800s, distillers to the north were shipping barrels of whiskey down the Mississippi straight to the city, further fueling the exuberance. In fact, American whiskey aging practices might be traced back to these shipments—legend goes that distillers sent their white whiskey downstream in used barrels that were charred to prevent contamination, causing the liquid to turn brown over the course of the journey; the flavor, of course, was also impacted, and distillers began getting orders for this newfangled liquor that was turning up in New Orleans. The city is also home to the Sazerac, a stiff combination of rye, absinthe, and Peychaud’s bitters. Today, the Mardi Gras celebrations are revered, Bourbon Street is world famous, and the festive atmosphere is a permanent fixture. Fans of world-class jazz, good food, and good times should turn to New Orleans, where rain or shine the party is always on.

Staying centrally located in the famed French Quarter is a great idea (though staying directly on Bourbon Street isn’t; rowdy crowds persist most of the day and all night long). Some of the city’s best hotels are in this bustling neighborhood, among them The Roosevelt New Orleans, a Waldorf Astoria Hotel, which offers a refined stay that highlights historic memorabilia from the city, a rooftop pool, and a variety of places to eat and drink, including the famed Sazerac Bar.

If you prefer to lodge outside of the French Quarter, consider staying in the Lower Garden District, a charming neighborhood defined by tree-lined streets, colorful mansions, and ornate gardens. Here, The Pontchartrain Hotel serves up a Wes Anderson-esque aesthetic and plenty of old-world charm, as well as multiple bars and eateries that will make any whisky lover happy. Jack Rose, in particular, has a sprawling whisky list that focuses heavily on American offerings. 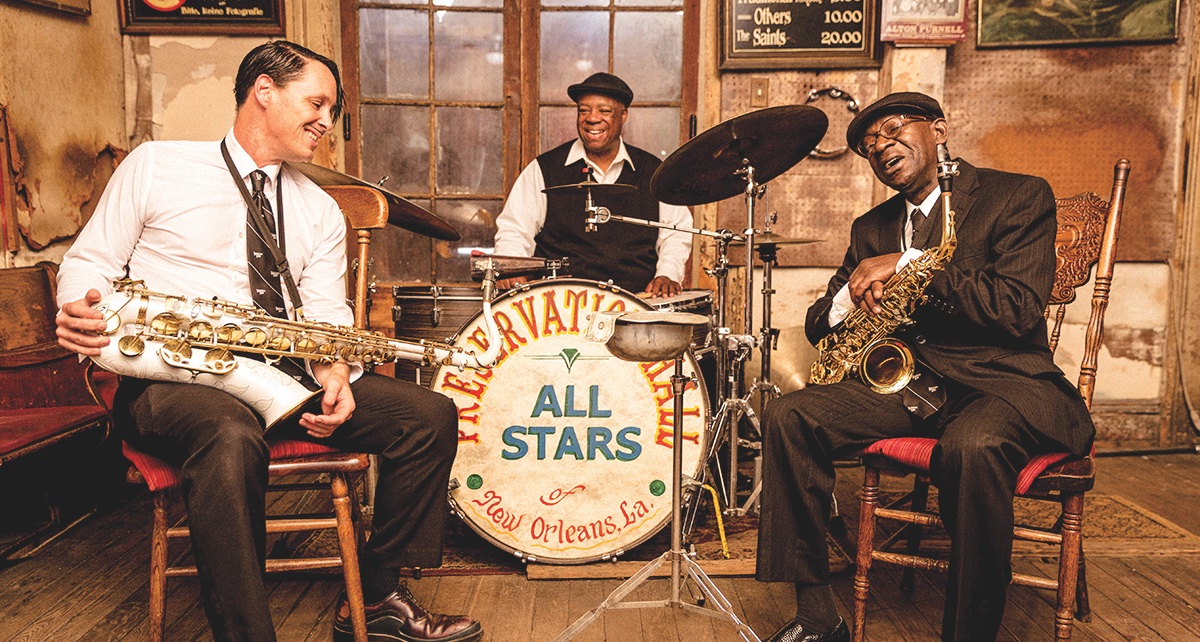 No matter where you stay, there’s a whole lot to tackle in New Orleans, so it’s best to get an early start. Much of your visit can be navigated by walking, driving, or hopping on the city’s iconic streetcar. Kick the day off with a quick but classic New Orleans breakfast at Surrey’s Café & Juice Bar on Magazine Street, a short jaunt from The Pontchartrain. Service is friendly and fast, regardless of whether you’re just getting a fresh juice or a more decadent start, like the crabmeat omelet, chock-full of brie and avocado, topped with a rich lump crab sauce, and served with a homemade biscuit.

After fueling up, it’s time to get a feel for the city. Head to the streetcar at St. Charles and Melpomene, just blocks from Surrey’s, and travel eight stops to Canal at Carondelet, which is around where the French Quarter begins. From here, it’s about a 15-minute walk to the waterfront, where the Steamboat Natchez awaits at the Toulouse Street Wharf, ready to depart promptly at 11:30 a.m. for a two-hour daytime jazz cruise. Throughout the journey, Duke Heitger’s Steamboat Stompers Jazz Trio plays, offering your first taste of all the music the city has to offer. Live narration during the cruise also means you can learn about New Orleans’s rich history and get oriented with your new surroundings.

Once you’re back on land, it’s time for a proper lunch. Stroll a mile back through the French Quarter to Cochon for a top-notch Cajun experience in the trendy Warehouse District. Pork lovers will be especially happy here, as there’s all manner of pig on the menu, accompanied by plenty of seafood—the woodfired oysters with chile-garlic butter are superb, as is the bacon and oyster sandwich. For the more adventurous, there’s fried alligator on the menu too, served with chile-garlic mayonnaise. The cocktail menu is short but sweet, and there’s plenty of local beers on offer. But the whiskey selection is deep, and highlights American small batch drams like Weller Antique 107 and Willet Family Estate 4 year old rye.

After lunch, history buffs should consider heading to the nearby National WWII Museum, the official WWII Museum of the U.S., as designated by Congress. As a bonus, boutique merchant Keife & Co. is right around the corner, should you want to pick up a unique bottle of whisky for later. For the more art-inclined, galleries galore populate the Warehouse District, and a walk along Julia Street will bring you to many of them. Whatever you end up doing in the late afternoon, make sure you have some energy left for the night ahead.Keife & Co.

Start that night with dinner at Compère Lapin, which is a stone’s throw from Bourbon Street. Unlike Cochon, where the flavors are unapologetically Cajun, Compère Lapin serves up more Caribbean-inspired iterations of New Orleans cuisine; the curried goat, served over sweet potato gnocchi, is sumptuous, and one of the signature items on a constantly rotating menu. While you can’t go wrong with any one of the inventive cocktails, wet your whistle with the Pachinko, which blends Nikka Coffey malt with fernet, averna, and white vermouth.

When dinner is done, it’s time for a stop on Bourbon Street. Though not named for the whiskey itself but rather for the French royal dynasty, the street is now known for its bacchanal nature, and that energy is infectious. Be sure to check out Dickie Brennan’s Bourbon House, home of the New Orleans Bourbon Society. Here, you’ll find the city’s most extensive bourbon list on its menu of over 250 American whiskeys, with nearly every bourbon you could dream up. After this pit stop, you can continue the crawl down or around Bourbon Street, hitting the Old Absinthe House for a detour from whisky—absinthe cocktails are the name of the game here—or another of the city’s more iconic landmark bars, like French 75 Bar or The Carousel Bar & Lounge; the former has a top-tier cocktail program, with plenty of whisky-forward drinks on offer, while the latter is situated on an actual moving carousel and has a great deal of whisky on its shelves (as well as a prolific cocktail menu of its own). No matter where you settle, you’re sure to hear live music pouring out from windows and doors all along the Quarter; if you dig the sound, pop in for a drink and some tunes. Cap the night with beignets from the famous Café du Monde, where a bag full of the powdered sugar delights will only set you back $3.

A classic white tablecloth brunch at Galatoire’s sets the tone for day two. Tucked away in the French Quarter, the restaurant is among New Orleans’s most historic venues, opened by Jean Galatoire in 1905. It’s still family-owned, now in the fifth generation, and its culinary customs remain intact and beloved by both locals and visitors alike. The oysters Rockefeller are delicious, as are the shrimp remoulade and eggs sardou. You’d do well to have a reservation in advance, even for lunch service, and gentlemen, jackets are required. There are cocktails aplenty, and they rotate seasonally, with at least one whisky option always on hand 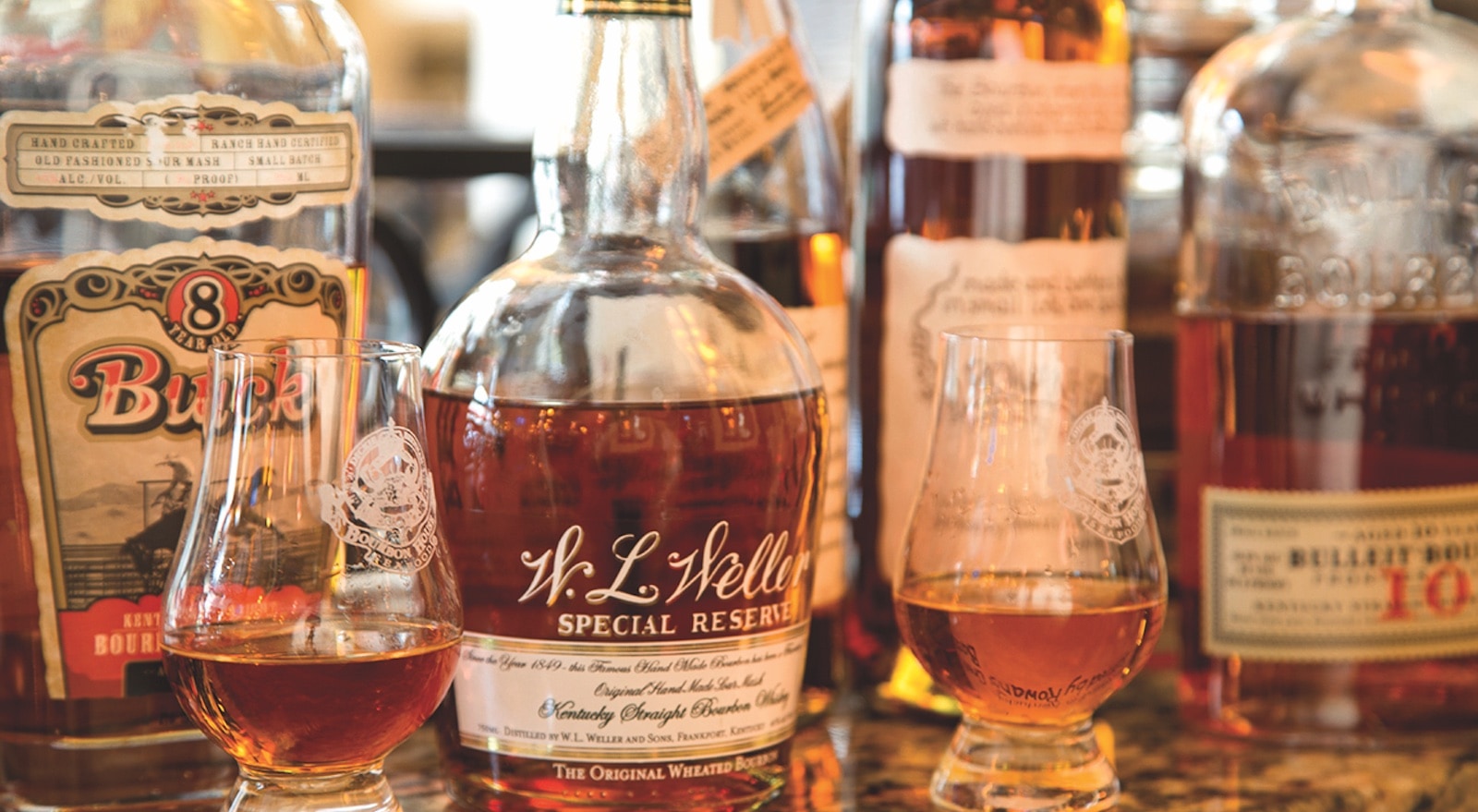 After lunch, immerse yourself in New Orleans whiskey history by visiting The Sazerac House, a relatively new addition to the city. An ode to and celebration of the Sazerac cocktail, The Sazerac House dives deep into the cocktail’s origin and details how Sazerac rye is distilled and Peychaud’s bitters are made. There are tours, tastings, exhibits, and a working distillery (where a fairly limited quantity of Sazerac rye is made and bottled, and available for purchase) to explore here, and it should keep you busy for an hour or two. In addition to The Sazerac House, Seven Three Distilling and NOLA Distillery are also making various styles of whiskey and are well worth a visit; Seven Three is quite close to The Sazerac House, while NOLA is about three miles away, down on the Mississippi in the city’s East Riverside district.

Some fresh air is needed after all that food and drink, and a trip to one of the city’s parks will do the trick. City Park is by far the largest at 1,300 acres (making it about twice as large as New York City’s Central Park, for perspective), and while it’s a bit off the beaten path, it’s only a short jaunt by bus or car. Winding waterways and beautiful bayou scenery abound here, and if you want to extend your outdoor time, there’s an art museum, botanical garden, golf course, and more to explore.

Once you’re done at the park, consider checking out Ralph’s on the Park, be it for just a drink or for a little nibble, too. Ralph’s is a two-story farm-to-table restaurant with amazing views of the park, and its modern Creole cuisine is supplemented by a host of fantastic drinks options that are sure to refresh and revive.

In the evening, a trip to Preservation Hall is in order. This historic music venue opened its doors in 1961, and is the preeminent place for live jazz in New Orleans. Variations of the Preservation Hall Jazz Band play daily, with four time slots each night. Book tickets in advance if you want a seat; otherwise it’s likely you’ll be standing. Each set is 45 minutes long, and you’ll leave wanting to hear more.

Which you certainly can do if you head over to Frenchmen Street, where some of the city’s best jazz clubs lay in wait. Blue Nile is a great spot to soak up more live jazz, though you can’t go wrong with The Spotted Cat either. While there’s no shortage of sit-down dinner spots, if you want to keep the focus on the music, grab something simple like a gourmet hot dog from Dat Dog. Take your handheld bite to the street, as you can hear music from most anywhere on Frenchmen. It makes for the best sort of dinner and a show. 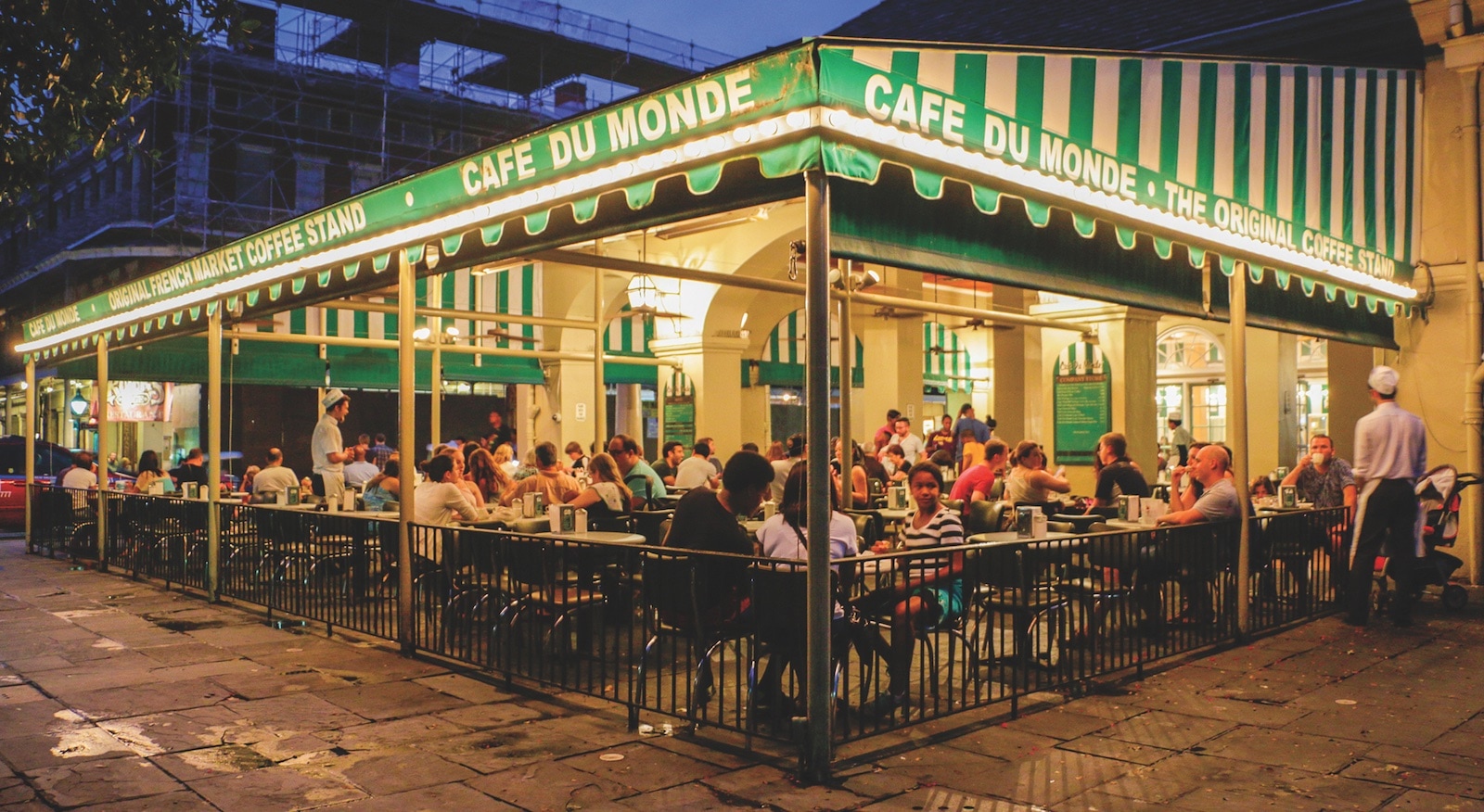 If you end up staying in the Lower Garden District, on your way home for the night make a pit stop at Barrel Proof, a world-class whisky bar with over 350 bottles, many of them limited, single barrel picks, or otherwise rare (like Pappy). Tie the night up in a neat little bow with a delicious and rarefied nightcap, and toast to a great weekend in New Orleans.