Whiskies Fit for Royalty: Drams to Toast “The Crown”

Season 5 of multi-Emmy award-winning drama “The Crown” returns to Netflix today, November 9th, picking up screenwriter Peter Morgan’s fictionalized account of events from 1991 onward based on the life and reign of Queen Elizabeth II. Here are Whisky Advocate‘s five recommended royal whiskies to pour as you watch—as well as five collectibles available at auction for a king’s ransom (palace not included) if you’re so inclined. All 10 of these gems were chosen for their royal connections, their status as royal warrant holders, or because they commemorate significant royal events. So pour yourself a regal dram and enjoy the show. 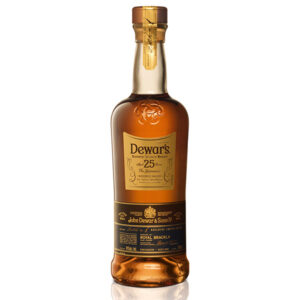 Finished in Royal Brackla casks, this blended scotch is double-aged for a minimum of 25 years. Royal Brackla was the first single malt whisky to receive a Royal Warrant, awarded by King William IV in 1833. John Dewar & Sons is now a royal warrant holder as scotch whisky distillers to Queen Elizabeth II, enabling them to display the Royal Arms on every bottle. When a new monarch ascends to the throne, royal warrants can still be displayed for up to two years while the Royal Household reviews the status of each business. 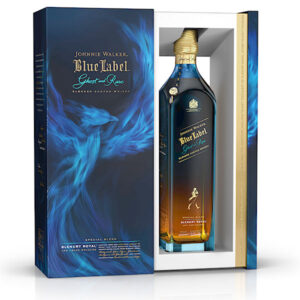 The third release in the Johnnie Walker Ghost and Rare series is built around rare stocks from Glenury Royal Distillery, which closed in 1985. Another royal warrant holder by appointment to Queen Elizabeth II, Johnnie Walker received its first royal warrant in 1934 from King George V. Glenury Royal Distillery was one of only three distilleries permitted to use Royal in its name, and the privilege was secured because it was a malt whisky favored in King George IV’s household.

Now released in batch after glorious batch, the strength and profile of this classic cask strength Laphroaig varies with each bottling, but never disappoints. Laphroaig received its royal warrant in 1994 by appointment to Prince Charles following his visit to the distillery. This is the same time period covered in season 5 of “The Crown.” We’re not expecting a cameo appearance by Laphroaig’s famous warehouse No. 1, but you never know! 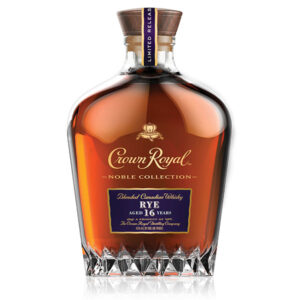 This 16 year old Canadian whisky, made from 90% rye, is a fitting, and noble, addition to this royal list. Crown Royal was created in 1939 by Seagram’s Sam Bronfman to coincide with the state visit to Canada by King George VI and Queen Elizabeth in 1939. King Charles III is now king of Canada, while his late mother, Queen Elizabeth II, reigned as Canada’s head of state for more than 70 years. 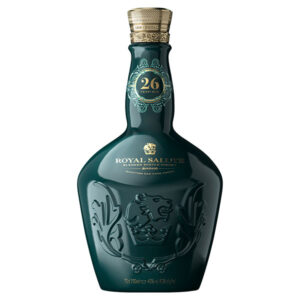 Royal Salute was first created to mark the coronation of Queen Elizabeth II in 1953. In honor of the famous 21 gun salute, the first expression was composed of whiskies aged for a minimum of 21 years, older than most whiskies on sale at the time. To this day, Royal Salute has never been bottled at less than 21 years old. This inaugural release in the Kingdom Edition series is an apt selection, as its whiskies were distilled in the mid-1990s, the time period covered by season 5 of “The Crown.”

Royal Salute created 255 decanters of this special 50 year old blend to mark the 50th anniversary of the coronation of Queen Elizabeth II. It was the first 50 year old whisky created by Colin Scott, then Chivas Regal master blender, and it would be many years until his next 50 year old blend was released. The whisky cost $10,000 a bottle on release in 2003.

Known to most collectors as Macallan Diamond Jubilee, this was released to celebrate the 60thanniversary of the Queen’s accession to the throne in 1952 following the death of her father. Rated 87 points and bottled at 52% ABV as a nod to that significant year, this was a UK-only release of 2012 bottles—originally retailing at £350 a piece—that continues to be sought after by Macallan collectors around the world. It is often sold with two boxes, as Macallan rushed out replacement bottles to the original owners when it was noted that the ornate label could scuff the satin-lined lid of the original box during transit.

This hammer price represents the charity sale of bottle no. 1 of 206 from this Royal Lochnagar single cask, which was presented to Prince Charles, then Duke of Rothesay (his title when in Scotland). It was distilled in 1988, marking the 140th anniversary of the first royal visit by Queen Victoria and Prince Albert to Royal Lochnagar Distillery in 1848, and bottled on the occasion of Prince Charles’s 70th birthday on November 14th, 2018. Bottles were sold for charity to benefit The Prince’s Foundation, while others were sold by ballot, and they still appear at auction periodically for much lower sums. Royal Lochnagar Distillery is only a mile from Balmoral Castle and Estate, and Queen Elizabeth II granted the distillery a royal warrant in 2021.

Macallan Coronation, as it is known, was released the year after Macallan Diamond Jubilee and was the final edition in Macallan’s trio of commemorative royal bottlings that began with the Macallan Royal Marriage in 2011, released on the occasion of the wedding of Prince William and Kate Middleton. Macallan Coronation sold for £350 in the UK, though 59 fewer sets were made than Macallan Diamond Jubilee—just 1,953. It consisted of two 350 ml bottles; a golden American oak sherry cask bottling at ABV 58.1% that scored 83 points and featured a photograph by Cecil Beaton of the Queen in 1953, and a mahogany whisky from a Spanish oak sherry cask bottled at 55.7% that was rated 88 points with a photograph of the Queen by Julian Calder taken in 2004.

This bottle was released to mark the wedding of Prince Charles to Lady Diana Spencer in 1981. The whisky label proclaimed “Long Life and Happiness” under an illustration of the two casks, and it was a marriage of Macallan from 1948 and 1961, representing the birth years of the bride and groom.