Whisky Auctioneer concluded its first sale of 2023 with a colossal 9,841 lot auction. The top seller of the group was Samaroli Laphroaig 1967 15 year old, which fetched a hammer price of $51,252. The auction also included 56 charity lots for The BEN, Scotland’s drinks and hospitality charity, which raised a sum of $12,573. 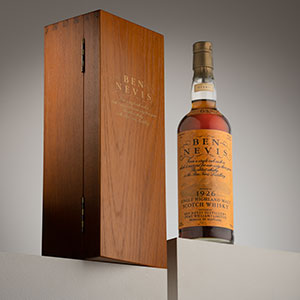 Although 2023 has barely begun, some seriously old bottles have already gone under the hammer, giving the winning bidders the chance to taste some historic whiskies produced around a century ago. Whisky Auctioneer sold a single cask bottling of Ben Nevis 1926 63 year old bottled for the Japanese market for $25,016 on January 9th, as well as a Springbank 1919 50 year old for $28,677 in the same auction. Meanwhile, Whisky Online Auctions sold an official distillery bottling of Clynelish—The Finest Highland Malt Whisky Made—bottled in the 1920s. What we know as Clynelish Distillery today is a modern distillery dating back to 1967, so the name Clynelish on this bottle tells us this was produced at Brora Distillery. Whisky Online Auctions produced a fascinating account of how it dated this bottle, making this rare Clynelish the irresistible choice as our lot of the week.

Late last year, we reported on the growing trend of unsold bottles at auction. When Whisky Auctioneer’s sale concluded on January 9th, it sold only 62% of its top 100 lots, i.e. those bottles attracting the highest bids. That means around 2 in 5 bottles of these top 100 failed to meet the reserve price set by the sellers. For context, the sell-through rate was much higher at a comparable Whisky Auctioneer sale 12 months ago, when 86% of the top 100 sold through. Reserves protect sellers from selling at an unacceptably low hammer price, but when there are fewer bidders at the top end of the market, reserve prices can lead to increasing numbers of bottles left behind. 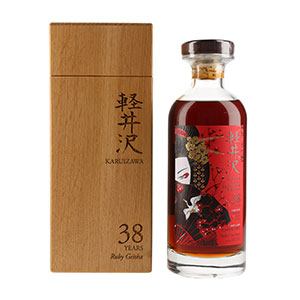 Finally, if you are concerned that reserves are keeping you from getting the bottle you want, then the obvious solution is to head to Unicorn Auctions for its January “No Reserves” Auction. This sale offers 1,796 lots to choose from, including bottles of Michter’s 20 year old Kentucky Straight Bourbon, but be quick: bidding concludes on January 15th.

Lot of the Week 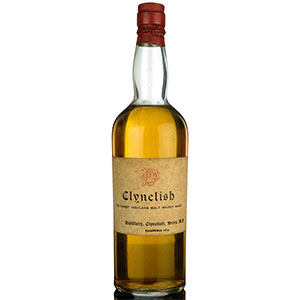