Las Vegas has come roaring back this year, and visitors will find many new additions to the city’s lodging, dining, and drinking options. Among the new hotels, the 3,500-plus room Resorts World is the first mega-casino addition to the Strip in 10 years, and Circa is the first all-new major casino resort built in old downtown in four decades. The beloved Palms Casino Resort has reopened under new ownership and a $620-million facelift, a new NFL (and concert) stadium has debuted, new shows abound, and new restaurants and attractions are running at full steam. What’s in it for the whisky lover? Thanks to some of these recent additions, the answer is plenty.

In terms of getting around, after a historic struggle with public transportation, the underground Las Vegas Loop, now under construction, promises to change all that. Until then, the airport is close to the Strip, so taxis or rideshare remain the best way to get into town, and in many cases, to then get around. The one standout alternative is the Deuce, a 24/7 bus that runs the full length of the Strip and to downtown and the growing Arts District, with one ($8) and three-day unlimited ride passes ($20).

For the latest and greatest, check into Resorts World, the new giant in town, with three varied price-point hotels—the Hilton, the more upscale Conrad, and the luxury Crockfords. The resort has more than 40 restaurants and bars—including an elaborate Singapore-style street market, Famous Foods Street Eats, with 14 different pan-Asian stalls, one of the best casual dining options in the entire city, with greatly varied choices, affordable prices, and fast service. It also has the speakeasy Here Kitty Kitty Vice Den, whose specialty cocktail The Golden Ticket (Glenfiddich 23 year old, Lillet Blanc, Cynar, orange bitters) runs $150 and includes free admission and line skipping at Zouk Nightclub or Ayu Day Club. (Other drinks are more affordable!) 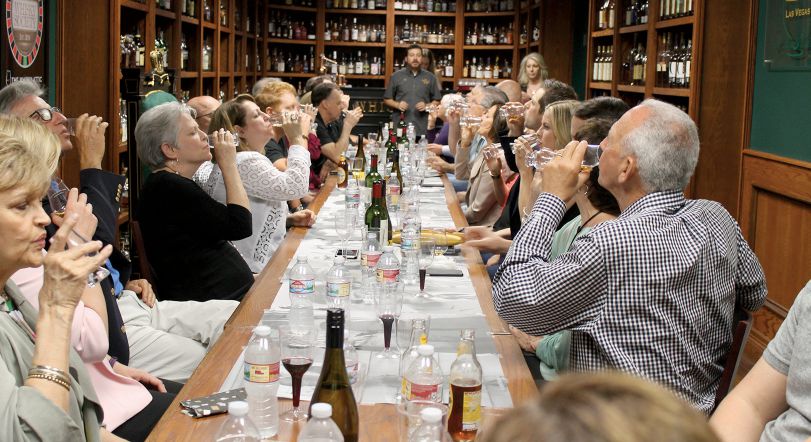 For a value-priced alternative, staying downtown is considerably less expensive than the Strip, but requires more commuting time. Circa is easily the top choice, with reasonable rates for all-new large rooms with luxury bathrooms, a full slate of bars and restaurants, and arguably the best pool complex in the city. 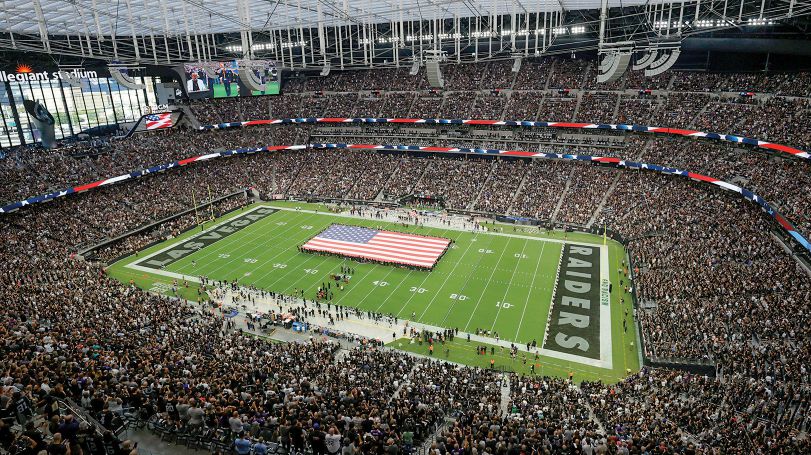 Once you’ve settled in, head to Las Vegas’s newest distillery, Lost Spirits. Right now it only makes rum (whiskeys are made at its sister facility in California), but it’s absolutely worth a visit, offering a distillery tour like nothing you’ve ever seen. Lost Spirits is an immersive theatrical experience with themed tasting rooms (opium den, submarine, etc.) and live performers throughout, including acrobats, burlesque, singers, and more. After a short guided intro, guests wander a darkened labyrinth of tunnels and alleys with tasting venues scattered along the way. Expect to spend about two hours ($59 with four 4-oz. 19th-century English-style rums). 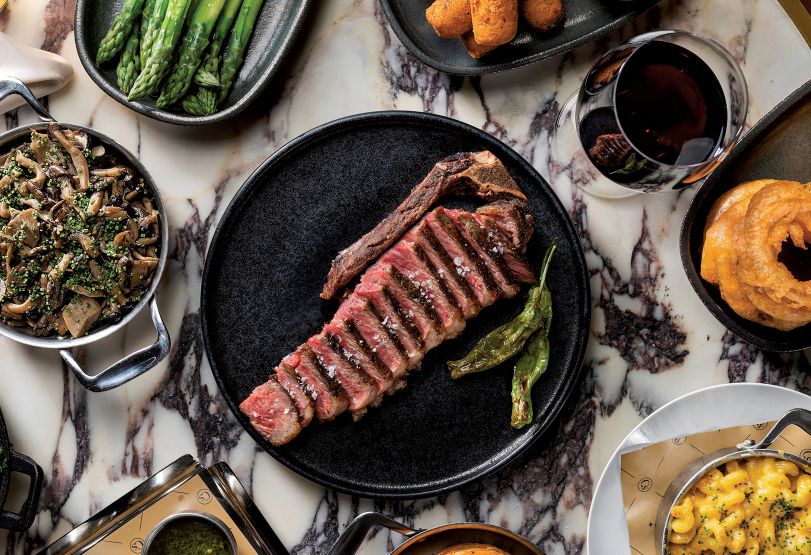 Lost Spirits Distillery is located within Area 15, a large entertainment complex opened in late 2020 that includes shops, virtual reality zombie combat, a flying simulator that turns you into a virtual “bird,” and most significantly, the second outpost of famed Santa Fe-based arts collaborative Meow Wolf. Here you’ll find Omega Mart, an immersive puzzle-solving environment disguised as a grocery store, with secret passages and a complex “X Files”-style backstory that can be solved by following hidden clues. Drawing thousands of visitors daily, it has quickly become a signature Vegas attraction worth one to two hours ($55). Touring Lost Spirits and visiting Omega Mart fills half a day, so refresh with lunch at The Beast, a gastropub-style eatery by four-time James Beard award-winning celebrity chef Todd English. It’s a funky test kitchen with a barbecue smoker, Argentinean live-fire grill, and wood-fired pizza oven. Its signature cocktails include a Smoked Maple Manhattan made with Westward single malt and a Fig and Prosciutto Old Fashioned featuring Bulleit bourbon.

Perhaps you’ll want to pick up some whiskey for yourself, from Nevada producers Frey Ranch and Nevada H&C Distilling, maker of Smoke Wagon bourbon, to harder to find scotches and single barrel bourbons. Vegas relies on a couple of superstores rather than boutique whisky specialists, and those outposts are closer to Area 15 and downtown than the Strip. Liquor Lineup has the best selection, but it’s a bit of a ride into North Las Vegas, while Total Wine & More is closer, toward Summerlin. There’s a smaller but well-curated selection with a lot of oddities (Distiller’s Art, Harp Song 16 year old Irish single malt, etc.) at Spirits & Spice, an independent liquor and food shop at The Venetian Resort. The new giant Resorts World casino at the north end of the Strip (near Wynn) is home to an outpost of fabled Southern California wine and spirits retailer- cum-eatery Wally’s. This location is a bit more of a full-service restaurant and does not have as huge a bottle selection as the original, Carversteak but it’s still quite sizeable–about 8,000 wine and spirits labels–including bourbon, scotch, and international whiskies. The food is great, with a huge by-the-glass wine list and cocktail program. For basics like Johnnie Walker or Glenlivet, every major casino resort has a gift shop with a spirits, beer, and wine selection. 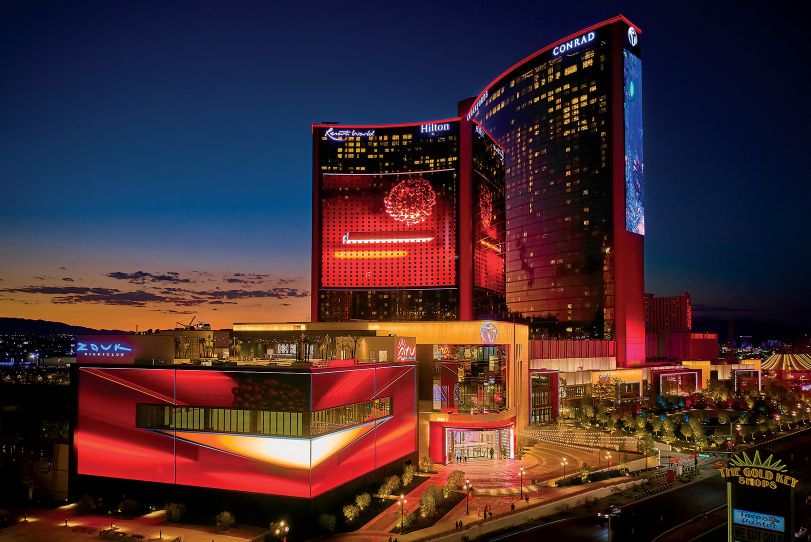 It’s also convenient to check out Las Vegas’s most unusual whisky bar, Oak & Ivy, which is in the downtown Container Park—a public park, playground, and open-air retail and food complex made from repurposed shipping containers and “guarded” by a giant metal fire-spitting praying mantis sculpture acquired from the Burning Man festival. Here, in between taco shops and a tattoo parlor, you’ll find the small Oak & Ivy, where bartenders armed with blowtorches serve craft cocktails, barrel-aged cocktails, and at Happy Hour (Sunday to Thursday, 1-3 p.m.), $5 Jameson Picklebacks. 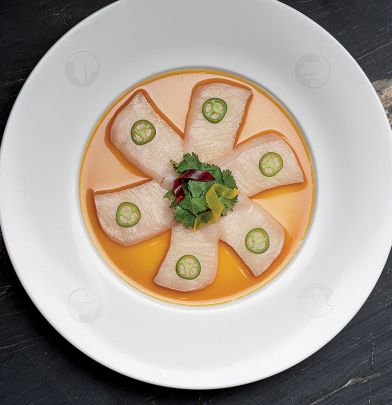 If you’re still awake, frequent performers at the 5,000-seat Resorts World Theater include Katy Perry, Luke Bryan, and magician David Blaine. Check the listings before you head to Vegas, as these often sell out, but day-of tickets are sometimes available.

A Vegas icon dating back to 1972, the Peppermill restaurant and attached 24-hour cocktail lounge have been a movie location in “Casino,” “Showgirls,” “The Cotton Club,” and more. It’s an atmospheric spot famed for oversized portions, right across the Strip from Resorts World. Try the signature French toast ambrosia, steak and eggs, or choose from pages of diner-style breakfast specials. A Bloody Mary is optional, but the one here makes every “Best” list in town.

Las Vegas has quickly become the “away game” favorite for sports fans nationwide, so if it’s the right season, catch a Raiders NFL game at Allegiant Stadium or Golden Knights NHL match at T-Mobile Arena, both new facilities are walkable from the Strip. With a lavish new open-air stadium, the city’s AAA baseball team, the Las Vegas Aviators, have quickly become an affordable (from $14) warm-weather crowd favorite, with fireworks and themed games. 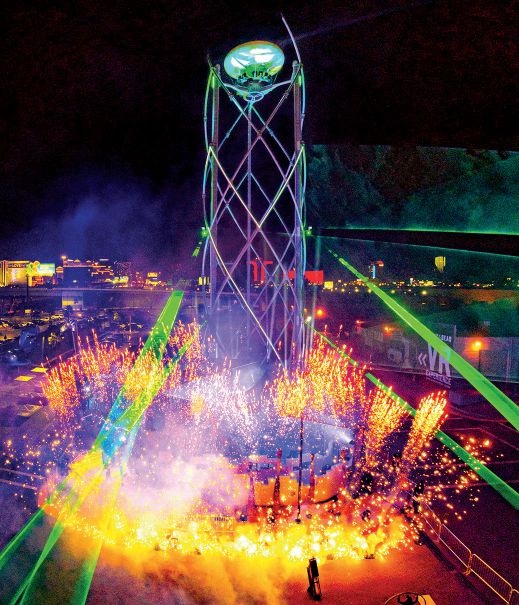 Other top daytime tourist attractions are the one-of-a-kind open-air Neon Museum, where you can see much of the city’s history through its iconic signage, and The Mob Museum, an excellent trip through Sin City’s organized-crime past set in the original Federal Courthouse located downtown. One of the biggest exhibits is “The Road to Prohibition,” and to bring that story to life, The Underground at the Mob Museum contains its own distillery and speakeasy. A 30-minute guided tour of its pot still production and taste of Museum moonshine (corn whiskey) is included with the Deluxe Pass ($45) museum admission. They also brew their own beer, and the Speakeasy, decorated with 1920s artifacts, serves craft cocktails and three four-whiskey tasting flights ($35-$45). For a quick lunch, walk over to the new Circa casino and its Saginaw’s Delicatessen, a standout Jewish-style deli from the founder of Michigan’s venerated Zingerman’s, considered by many the nation’s best sandwich specialist (and serving the same pastrami and corned beef). 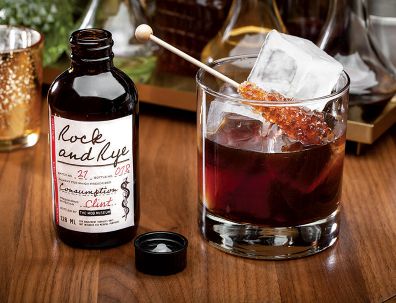 The Underground is currently the only distillery tour within city limits, but at press time Nevada H&C Distilling was set to begin offering tours in the second half of 2022 (check its website). Las Vegas Distillery was the first in Nevada, located in suburban Henderson, about a 20-minute drive. It produces several whiskeys (bourbon, rye, four grain, and experimental batches), moonshine, vodka, gin, and rum. One-hour tours ($15) can be upgraded ($25) to include a whiskey tasting.

But Las Vegas’s best whiskey tasting is not at a distillery; it’s in your hotel room. That’s the model the Whisky Attic, an educational whisky library (4,400 different bottles), offers. It provides private tastings that come to you. Depending on the tasting you book (World of Whisky, Scotch & Japanese, or Bourbon & American) Whisky Attic selects and brings about 20 bottles. Whisky background and tasting instructions are given and, based on interest, at least seven of them are poured and explained ($125 per person for two to eight people; 90 minutes). Upgrading to a premium tasting moves into private barrels, allocated labels, and defunct distilleries ($175).

Two distinct dinner options present themselves tonight. If you’re still craving steak, it’s hard to beat Scotch 80 Prime at the recently reopened Palms casino resort, where the bar houses an estimated $3 million worth of whiskies, with a focus on scotch. This includes nearly three dozen labels from Macallan’s Fine and Rare collection, but the specialty here is customized whisky pairings with dinner, chosen from the roughly 500-bottle collection. The food is classic steakhouse, from wedge salad and lump crab cakes to grilled steaks and chops. Japanese celebrity chef Nobu Matsuhisa creates much lighter seafood-centric cuisine at his new Nobu in Paris Las Vegas casino resort. Besides sushi, sashimi, and signature dishes like miso black cod and rock shrimp tempura, there is a heavy focus on Japanese pours, including a long sake list and nearly 20 whiskies, from Yamazaki to Akashi Eigashima. If that’s not your thing, there are two dozen more whiskies including scotch and bourbon, with Frey Ranch also available.

Need a nightcap? Las Vegas has no shortage of whisky-focused bars, like Whiskey Down in the MGM Grand, open late (3-4 a.m.) with 300-plus offerings at all price points, from around the world, including several private label single casks. The Barbershop in the Cosmopolitan is a unique mashup of exactly what it sounds like plus a Prohibition-themed speakeasy where you can sip fine whisky while getting a straight-razor shave, or skip the barber’s chair for a cozy couch. The long list has 65 scotch options, about 80 bourbons, ryes, and American whiskeys, and a couple dozen Irish, Canadian, and Japanese options.

And finally, if you can plan it, Whisky Advocate will hold its first-ever WhiskyFest event in Las Vegas this year on Friday, December 2. Consider making it part of the fun on your next Vegas visit. For more information and to purchase tickets, visit whiskyfest.com.