Viva Las Vegas! For the first time ever, WhiskyFest took to Sin City on December 2nd for a night filled with delicious drams and time spent among like-minded whisky fans. As with the other WhiskyFest events that took place this fall, there were also a handful of seminars that delved deeper into specific whiskies and brands.

There were newer, lesser-known brands on offer too, including Saint Cloud 13 year old Single Barrel Kentucky straight bourbon, which was a hit with VIP hour guests. “Tonight we came to try some new high-end whiskies and we certainly got that—I’d never had Saint Cloud bourbon, and the 13 year old was great from start to finish,” said Mickey Wagle, a first-time WhiskyFest attendee. His son Erik was also in attendance, and he pointed to the Bomberger’s Declaration bourbon (made by Michter’s) as a favorite. 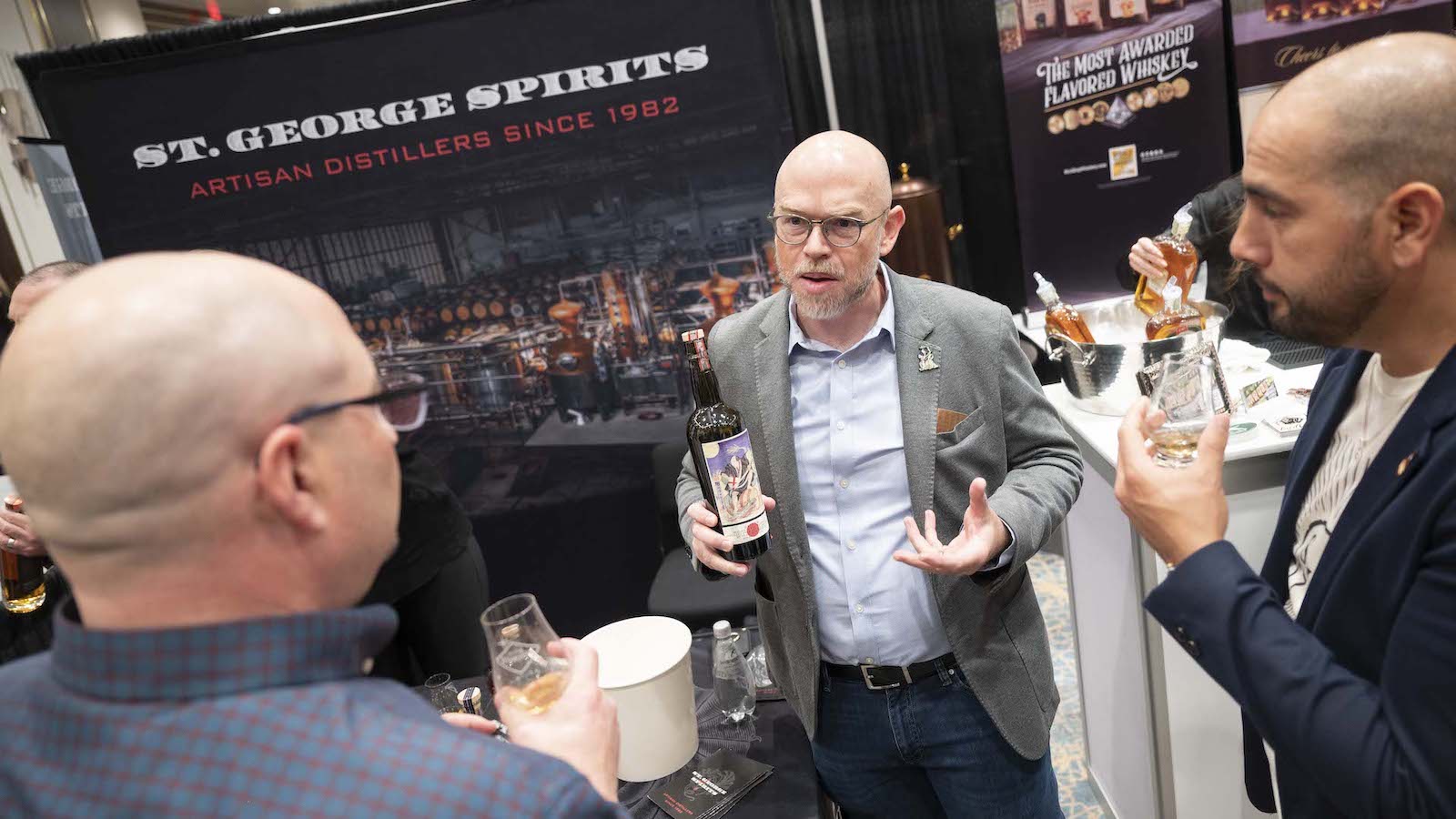 Once the VIP hour concluded, hundreds of additional guests streamed in to enjoy hundreds of whiskies. At the Glenmorangie booth, national brand ambassador Dan Crowell was loving the opportunity to connect with fans and shine a light on the brand’s varied single malts. “We’ve gotten a lot of questions from people looking for deeper insights into the whisky, and the pace of visiting the booth is steady,” he said. “It’s all conducive to having conversations, and connect people to the brand.”

Similarly, Middle West single barrel program director Kyle Nelson was pleased with how the first WhiskyFest Las Vegas played out. “It’s been a great crowd, busy and curious about the whiskey,” he observed. “I had a little trepidation, but my expectations were met and exceeded—we’d love to be back here next year.” Throughout the evening, Middle West—a Columbus, Ohio-based craft distillery—poured its straight wheat, straight rye, and straight bourbon whiskeys, as well as a bourbon cream, and three VIP hour exclusives. 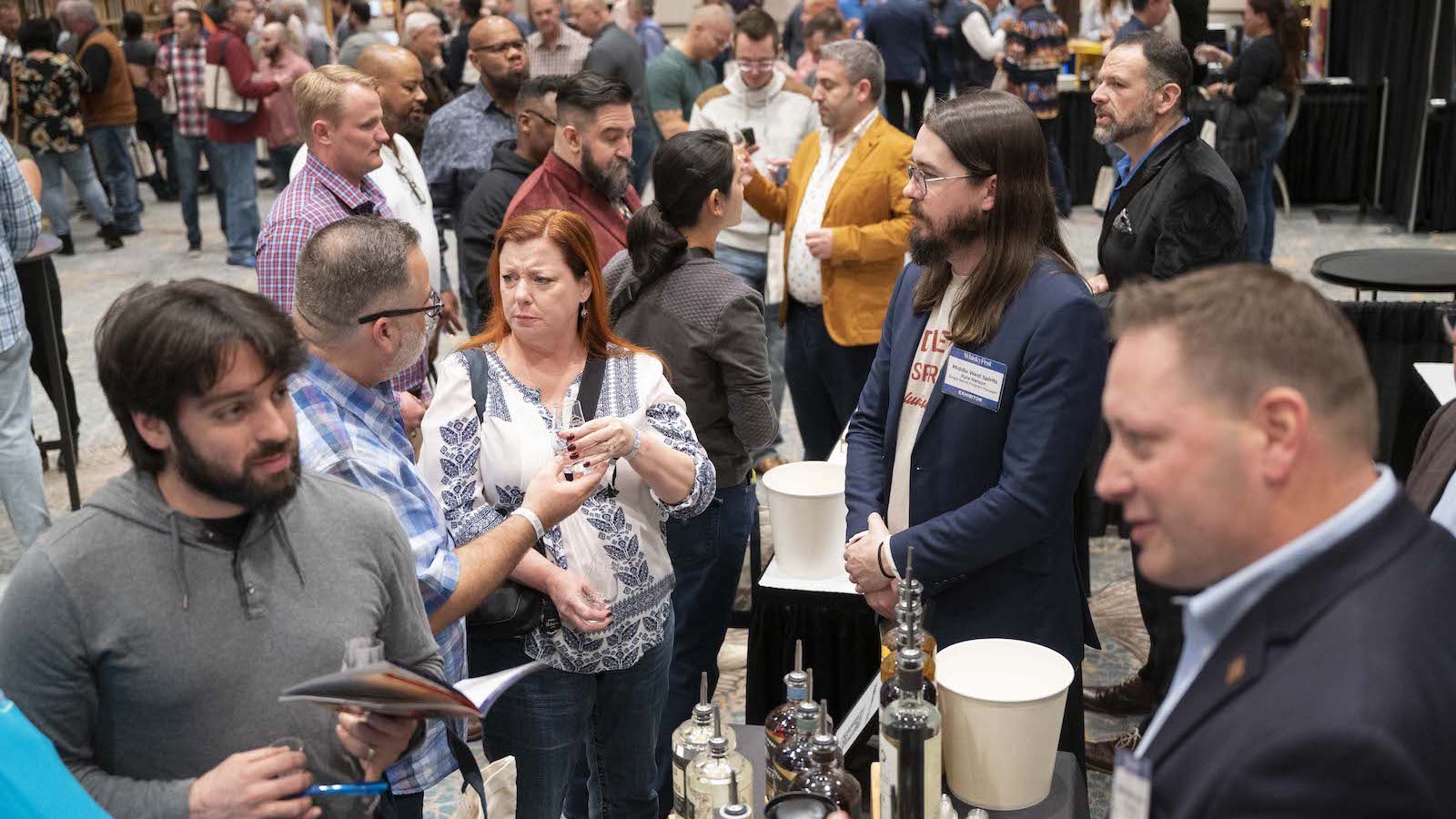 Even as hundreds of people came to sample different drams, distillers, blenders, and brand ambassadors had the opportunity to educate guests on their favorite whiskies, too.

In addition to whisky pours galore, there were also four seminars throughout the night: Dewar’s and the Future of Scotch; The Art of Blending: A Deconstruction of Hibiki Japanese Harmony; East Meets West—When Kentucky Met Japan (from James B. Beam Distilling Co.); and Exploration of Wood Finishing with Maker’s Mark. First-time WhiskyFest attendee Keith Newsome was excited by the prospect of the Maker’s seminar, given his love of the brand. “I really loved being able to try BRT-02 from the new Wood Finishing Series tonight, as well as their other whiskeys,” he said.

With the conclusion of WhiskyFest Las Vegas, the 2022 season of WhiskyFest events is now complete. We’ll see you next year—stay tuned for the 2023 dates! Tickets are on sale now for Big Smoke Meets WhiskyFest in Hollywood, Florida on March 4, 2023.