Bourbon from Stitzel-Weller Distillery and labels carrying the Van Winkle name were the leading bottles at Whisky Auctioneer's Century of American Whiskey auction. The auction topped $1 million, galloping past the total from Sotheby's Thoroughbred Collection, and more than doubling the total from Pat's Whiskey Collection Heart & Soul sale. A bidder based in the U.S. placed the highest bid at nearly $30,000 to win the Corti Brothers Van Winkle 19 year old Special Reserve 1975. It's a substantial increase in the record price: this rarity has never previously sold for more than $10,000. 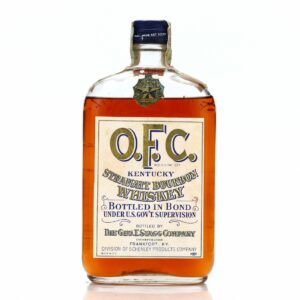 lot of interest, but the appetite for these bottles far surpassed our expectations,” said Joe Wilson, head of auction content at Whisky Auctioneer, in a statement which confirmed the auction raised £768,462, equivalent to $1,054,089. “The combination of historic significance and incredible rarity has commanded some incredible prices.” The highest placed Prohibition-era bottle was a Kentucky straight bourbon produced in 1916, the 20th most expensive bottle in the auction: $6,653 bought the pint of O.F.C. bottled in bond by The Geo. T. Stagg Company.

Top 10 Bottles From A Century of American Whiskey Auction 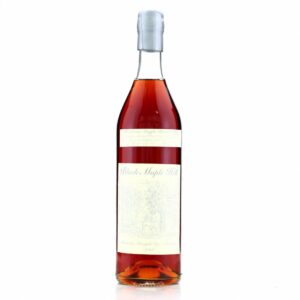 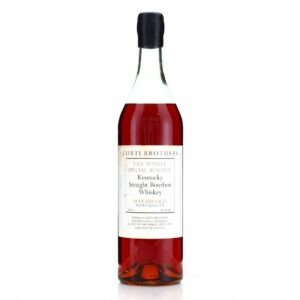 For the avoidance of doubt, this auction clarifies the most important and collectible names in American whiskey. Whisky Auctioneer set out to bring enthusiasts the widest range from the past 100 years, from early pre-Prohibition-era pints, mid-century rarities, to impossible-to-find collectibles released in recent years. Prices climbed steeply for numerous brands (see below), with the earliest releases from the Parker's Heritage Collection producing outstanding results that surpassed recent values.
‘The record prices are testament to the current interest in bourbon and American whiskey,” said Wilson. “As interest in the sector continues to grow, we are committed to our service in making it as easy as possible for collectors to use our trusted platform to buy and sell whiskey with confidence. We are excited to see how our future plans can help to nurture and grow what is fast becoming one of the hottest segments in the secondary market.”

The Sleeping Beauty is the subject of Whisky Auctioneer's next special sale in September, which features 470 bottles of Royal Lochnagar 1994 26 year old bottled under Diageo's Casks of Distinction range to support the Scottish Ballet Endowment Fund. Bottle #1 will include a cask end with a Norman Edgar painting of Nicci Theis, Scottish Ballet principal dancer, as Princess Aurora in Sleeping Beauty.