Tommy Brunett, founder of Iron Smoke Distillery in New York State, was smoking ribs in his backyard one day while enjoying a whiskey, when suddenly a thought occurred to him: “How do you combine these two American pastimes—great American barbecue and great American bourbon?,” the musician turned whiskey maker remembers asking himself. For roughly a year and a half, he smelled like smoke as he tried to get his whiskey idea just right. He was looking for just a whisper of smoke on the finish—not something that was overpowering or overdone. The end result was Iron Smoke straight bourbon, made using applewood-smoked wheat. The applewood is indigenous to the distillery's region, and smoking the wheat adds an unexpected dimension to the sweet grain. “From the backyard to now, it's been pretty amazing,” Brunett says.

Indeed, just as smoke itself can drift anywhere, Darek Bell, Corsair's founder and distiller, thinks the possibilities for smoked American whiskey are endless. The way he sees it, drinkers often default to age as an indicator of quality, and that's an area where young distillers can't compete. But smoke adds a layer of intrigue and reframes the tasting experience. Bell's passion for smoked American whiskey extends so far that he even wrote a book on the topic. These distillers seem to have heeded Bell's advice—using wood types, sometimes native to their region, to give their whiskeys a distinct smoky character. As Bell puts it, “There's still a lot to explore.” 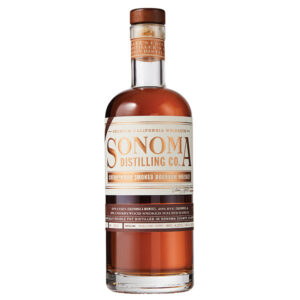 Sonoma Distilling smokes wood on-site in a one-ton smoker built into an old shipping container. Founder and whiskey maker Adam Spiegel says that it's a nuance they can offer as a grain-to-glass distillery, and one that infuses their whiskeys with an added sense of place. “We like it because you get a California cherry tree—a little of that local flavor,” he says.

“The reason I like working with smoked grains is that it changes your perception of smoke,” he says. “Unless you're using oak, wood can actually be a very bright, beautiful, clean burn.” It also gives him an additional tool when creating new whiskeys. “In general, smoke is a nice flavor modifier,” he adds. Some mainstream distillers, such as Woodford Reserve, have also delved into cherrywood. Its 2017 Master's Collection Cherry Wood Smoked Barley had 30% malted barley in the mashbill, all of it cherrywood smoked.

Pine Barrens Cherrywood Smoked Malt—47.5%, $39/375 ml
From Long Island Spirits, this is made from an English barleywine-style ale mash that uses four different types of malt. 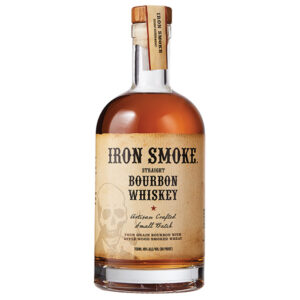 Iron Smoke Distillery in western New York state, just outside of Rochester, leans into its geography by using local applewood to smoke its wheat, giving its bourbon a gentle, subtle smoke profile. They smoke the wheat in a giant smoker, just like Brunett did when he was experimenting in his backyard.

“You have the hot box; the smoke goes over the grains, and then it's out the chimney,” he explains. As a traveling musician, Brunett says he's had amazing barbecue in states like Texas, Tennessee, North Carolina, and South Carolina, and wanted to bring that flavor profile to his whiskey without overwhelming the drinker with smoke.

WildWoods Applewood Smoked Single Malt—42.5%, $52/375 ml
From Jersey Spirits Distilling Co., which has also made a cherrywood-smoked whiskey. This 100% malted barley whiskey is aged in small barrels for just under 3 years. 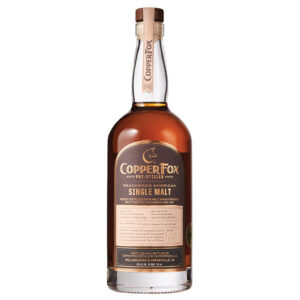 Rick Wasmund, founder of Copper Fox Distillery, has been surrounded by fruitwood for years. In college, he rented a house in the middle of an apple orchard. When he moved to Virginia, there was an abundance of cherrywood on the property and seven fireplaces to burn it in. “I was just at a point in my life where I was looking for some next challenge, and the idea popped in my head: What about a fruitwood-smoked whiskey?” Wasmund says. He went to Islay and learned to create smoky whisky at Bowmore. The first thing he made upon his return was a single malt smoked with apple and cherrywood.

Fruitwood smoke would become a house style for Copper Fox, as Wasmund added a smoked rye and other smoked whiskeys to the lineup. “We started doing a single malt rye with sassafras smoke,” he says. “We got ahold of a peach orchard, and we loved the essence of the peachwood smoke.” So they made that, too.

John Emerald John's Alabama Single Malt—43%, $45
A portion of the grains in the 100% malted barley mash are smoked with peach and pecan wood. 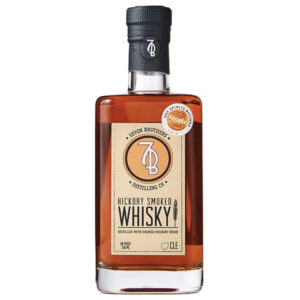 Some distillers introduce smoke to their whiskey as a means to dry malted barley, but Kevin Suttman, president of Seven Brothers Distilling Co. in Ohio, says they do things a little differently with their Hickory Smoked whiskey. “It starts with a bourbon-esque base,” he says, noting a mash of corn and wheat, “And the magic really is in the aging process. We started off with used barrels and finish it with hickory smoke, actually injecting the smoke.”

Suttman won't disclose the full process, but Seven Brothers uses vacuum distillation and experiments with different production techniques. “This is not going to be something that is traditional whiskey with a little smokiness,” Suttman claims. He also advises those who don't like smoke to stay away, but the whiskey has most certainly found its audience. “It's truly a unique American flavor,” he says. “If you like a real smoky barbecue-type flavor, you're going to love this whiskey.” As for any pairing advice, he says it goes great with tomato juice and vegetables. “It makes an awesome Bloody Mary.”

Jack Daniel's has had its moment with hickory, with its Tennessee Tasters' Hickory Smoked expression matured in new charred oak barrels and finished with charred hickory staves to impart a smoky flavor.

Deerhammer Rough & Tumble Hickory Smoked Corn—42%, $34
Made from 100% Colorado corn that undergoes a day-long cold smoking process before it's aged in bourbon barrels. 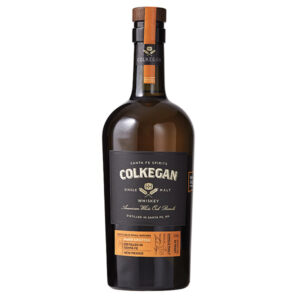 Whiskey makers in the American Southwest are using mesquite to define the flavor of the region, though as Santa Fe Spirits founder Colin Keegan reveals, the actual smoking for their whiskeys takes place at Briess Malt in Wisconsin. Very few distilleries malt their own grain, and for Santa Fe and others, Briess is a valuable resource. “We're sort of importing our own terroir, so to speak,” he says, though Santa Fe makes a point of insisting that Southwest trees are used when drying the malted barley.

Santa Fe Spirits is among the few whiskey makers producing mesquite-smoked single malt in a way that's similar to how scotch whisky makers add peat. For Santa Fe, that means 100% malted barley double distilled in a pot still, with smoke introduced during the malting process. “To us, mesquite is very Southwest,” Keegan says.

Whiskey Del Bac Dorado American Single Malt—46%, $60
Made from 100% malted barley that is smoked over a mesquite fire. The whiskey is then aged in 15-gallon new oak barrels. 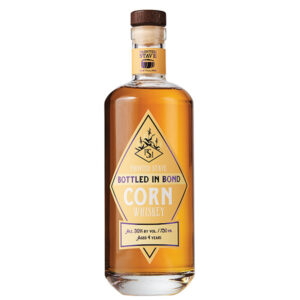 Like other small distillers, Painted Stave in Delaware released an unaged corn whiskey akin to moonshine, but owner Mike Rasmussen wanted to push the style even further. “I wanted something that was going to be for summertime—lighter, maybe in citrus-driven cocktails or Highballs that embraced a little bit of the American barbecue flavors—and mesquite and apple are two of those great woods that are used in American barbecue. So those resonated very strongly with me,” he says.

Painted Stave's Diamond State Bottled in Bond corn whiskey is just that, evoking summer nights sitting around a campfire with friends, whiskey in hand. The mash of 80% corn and 20% apple and mesquite-smoked barley seeks to balance sweet and smoky flavors. “I think that there's a lot of play with corn whiskey and smoke because it can create a lot of neat balance that typically isn't in that product,” he says. “I love it.”