Another million-dollar Macallan has just sold at auction, but if your wallet can't handle seven figures, never fear—there's plenty of new, much more affordable whisky rolling out.

Evan Williams is releasing a special 2012 vintage of its single-barrel bourbon in honor of the Kentucky Derby Festival. Evan Williams Single Barrel 2012 Vintage is 56.5% ABV and $75, and includes a 2020 Gold Pegasus pin—good for admission to many Derby events—sealed in the wax on the neck. Just 600 bottles are for sale at the Evan Williams Experience in Louisville, Kentucky.

Four Gate Whiskey Co. is releasing another batch of Foundation, its 9 year, 9 month old Kentucky straight bourbon. Just 590 bottles are available, all at 60.1% ABV and $200. Details on the original release can be found here.

Ardbeg has unveiled its 2020 limited-edition Committee Bottling, Ardbeg Blaaack. The pinot noir cask-finished whisky will be available in the U.S. in June, priced at $140.

Pinhook is launching a new rye, the first whiskey made at Castle & Key Distillery in the modern era. Rye'd On rye is priced at $38 and is widely available.

A new Irish whiskey, The Whistler, is debuting in the U.S. Priced at $30, the blended whiskey from Boann Distillery is widely available.

Finally, boutique bottler The Last Drop has released a 1977 Dumbarton single grain whisky in the U.S. Just 150 bottles are available, priced at $3,000 each. 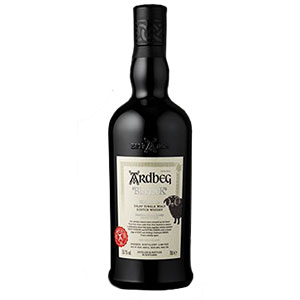 The special-edition bottling for Ardbeg Day—which takes place each year during Feìs Ìle, the Islay Festival of Malt and Music—this single malt was finished in New Zealand pinot noir casks. Although every Feìs Ìle limited edition is available to Ardbeg Committee members, this whisky particularly celebrates these super-fans on the 20th anniversary of the committee's founding.

Ardbeg considers itself and its fans "black sheep"—hence the rather silly name. As usual, this whisky is available in two proofs: a cask-strength (50.7% ABV) version offered to Ardbeg Committee members, and the 46% ABV version that comes to the U.S. 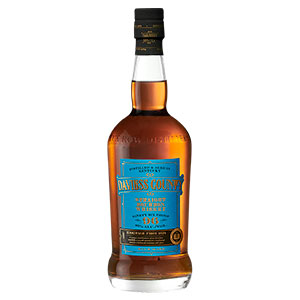 Bottled by Luxco, owner of Lux Row Distillers, this is a combination of two different mashbills: wheated bourbon and high-rye bourbon, both sourced from within Kentucky. Historically, Kentucky's Daviess County was a center of bourbon distilling, and this brand revives the Daviess County Distilling Co.'s original label. 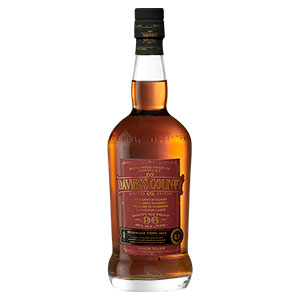 This is Daviess County straight bourbon that has been finished for six months in cabernet sauvignon casks. 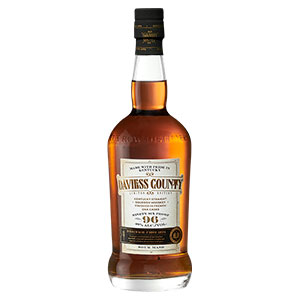 This is Daviess County straight bourbon that has been finished for six months in new, medium-toasted French oak casks.

Although it has been open and distilling for two years, Lux Row won't release its own whiskey until 2022. In the meantime, however, Luxco has no shortage of great releases sourced from elsewhere, including No. 11 in the 2017 Top 20 Rebel Yell 10 year old and No. 7 in the 2019 Top 20 Old Ezra 7 year old Barrel Strength. 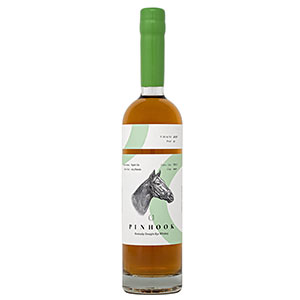 This whiskey was distilled from a mashbill of 60% rye, 20% malted barley, and 20% corn at Castle & Key Distillery in Frankfort, Kentucky. Keeping with Pinhook's tradition across all their releases, the name "Rye'd On" is shared with a promising young thoroughbred horse that is actively competing in races around the country.

Castle & Key began distilling Pinhook three years ago, but the distillery has a longer history behind it. It was built by Colonel E.H. Taylor, Jr. in 1887 as the Old Taylor Distillery, and in 1972 it was abandoned, being revived in 2018 by Will Arvin and Wes Murry. This whiskey is the first to come out of the distillery since that abandonment, and the first Pinhook release to be fully distilled at Castle & Key. Previous releases were sourced, though many were aged and blended at the distillery. We're certainly excited to taste this. Look for a review in an upcoming Buying Guide! 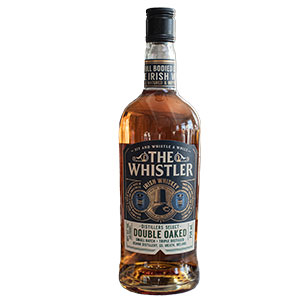 A blend of malt and grain whiskeys aged at least 3 years, Double Oaked is matured first in bourbon casks and then in oloroso sherry casks. The whiskeys are sourced, but are blended by Michael Walsh at Boann Distillery in Ireland's Boyne Valley.

While The Whistler previously released aged single malts in the U.S., this is its first widely available whiskey. Double Oaked isn't distilled at Boann, but the distillery does make single malt and single pot still whiskey. Along with Double Oaked, The Whistler brand includes a honey-flavored whiskey and an Irish cream made with a blend that includes single pot still whiskey. 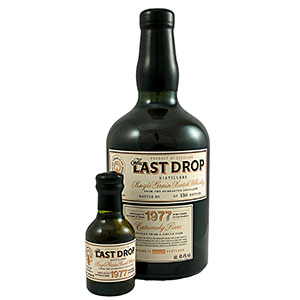 Distilled in 1977, this single grain whisky matured for 42 years in bourbon casks. Like all releases from The Last Drop, the full-size bottle is packaged with a 50-ml. miniature so that collectors can taste the whisky while maintaining the large bottle's integrity.

The Last Drop has most often bottled single malt and blended scotches; this is only its third single grain, following a 1961 Dumbarton and a 1972 Lochside released some years ago. Dumbarton Distillery operated for over 60 years, but was closed in 2002 and subsequently mostly demolished.