Rum and whisky are born of different parents—whisky from grains, rum from sugar cane. But then comes the upbringing, when these two often find themselves in the same classroom with the same teacher. They begin to talk like one another.

Those classrooms are, of course, white oak barrels, which impart their own distinctive flavor to any spirit over time. It's this barrel aging that can transform a clear Caribbean cocktail mixer into a rum deserving of slow sipping and contemplation.

The Whisky Lover's Guide to Rum

The longer rum and whisky are aged, the more their tastes converge. After 3 years they may start to share a similar flavor profile, with tannins and vanilla and caramel notes taking the lead over their respective raw materials. After 5 or 6 years, they're all but finishing each other's sentences. This process of convergence is accelerated by the fact that rums are typically aged in barrels that formerly held bourbon, imbuing them with an initial burst of borrowed flavor.

All of this is to say that if you've walked briskly through your liquor store's rum aisles en route to the whisky, you might want to slow your step and scope out a few bottles.

When exploring rum, it's good to remember that this is a spirit category that knows few boundaries. Scotch, bourbon, Canadian, and Irish whiskey are by international trade agreements all produced within a single nation, each with its own regulations regarding distillation, aging, and materials. Rum, however, is produced in dozens of countries—in fact, pretty much everywhere sugar cane is grown—and while each country has its own regulations and traditions when it comes to the production of rum, many offer the producer considerable latitude.

As a result, the taste profiles of rum can vary widely. As the lines tend to be geographic and a bit blurry, rum is full of delightful surprises at every turn. For instance, rum made from fresh sugar cane on column stills in Martinique has a bright, fresh-cut-grass flavor while rum made from molasses in pot stills in Jamaica can taste of ripe pineapple and green banana. While a long fraternization with oak will narrow those variations, unmistakable differences persist.

Taking a page from the whisky maker's textbook, rum producers are offering more single-cask and cask-strength bottlings, as distillers divert top-quality products that might earlier have been used for blending. Among these are Hampden Estate rums from Jamaica, which had previously sold its stock to a European wholesaler for aging and blending. The distillery entered a partnership with La Maison & Velier (a joint venture of La Maison du Whisky in France and Velier in Italy) to barrel-age in Jamaica and sell their robust-edging-into-funky rums.

All this is good news for the whisky drinker looking to expand their repertoire of well-aged spirits. Because no matter your preference in whisky, there's a reasonably good chance you'll find an aged rum to match your palate. 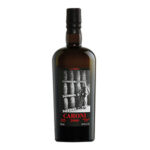 If you like peated scotch:
La Maison & Velier Caroni 2000—55%, $215
These prized barrels sourced from a defunct Trinidad distillery are full of smoked vanilla up front, followed by dense but fleeting notes of molasses and peat-like phenols. 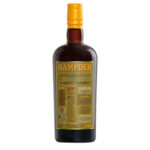 If you like craft whiskey:
Hampden Estate—46%, $55
The fruity funk of white rums from this fabled Jamaican distillery is tamed by the barrel. On the heels of a broad, earthy minerality comes a rounded, chalky finish. 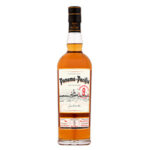 If you like spicy rye whiskey:
Panamá-Pacific 9 year old—47.3%, $30
This Panamanian rum serves up a broad sweetness on entry that swiftly gives way to a spicy blend of black pepper, ginger, and a touch of prune. 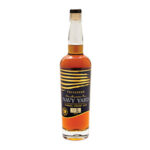 If you like Island scotch:
Privateer Navy Yard Barrel Proof—57%, $48
Distilled next to a Massachusetts salt marsh, expect a touch of brine mingling with bittersweet chocolate, burnt toast, tobacco, and tar. 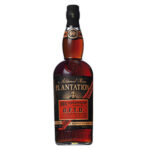 If you like barrel-proof bourbon:
Plantation O.F.T.D.—69%, $32
Bottled at a stout 69% ABV, this full-flavored blend of rums from three Caribbean distilleries is rife with notes of ripe banana and pineapple, but grounded by a brown sugar-edgedsmokiness. 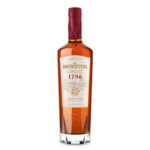 If you like Irish blended whiskey:
Santa Teresa 1796—40%, $45
This Venezuelan rum is like a cocktail, with a creamy texture on entry, followed by mocha and root beer, and capped with a strikingly dry finish. 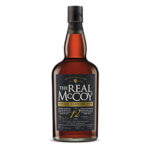