Generations ago, the U.S. whiskey landscape was rich with farm distillery rye whiskeys, but modern American producers tend to use giant suppliers to source their rye grains. The past decade has seen a growing contingent of American craft distillers move the focus back to heirloom rye grains, aiming to revive long-forgotten styles. We look at some of these distillers and the trials, tribulations, and triumphs they've experienced along the road to a rye renaissance in this story from our Spring 2022 issue.

For fans of American whiskey, and bourbon in particular, this week's new releases should be tantalizing. Barrell Craft Spirits has debuted its latest finished blend of straight bourbons, Four Roses has announced details for this year's Limited Edition Small Batch, and Michter's is back with US*1 Toasted Barrel bourbon. Read on for full details. 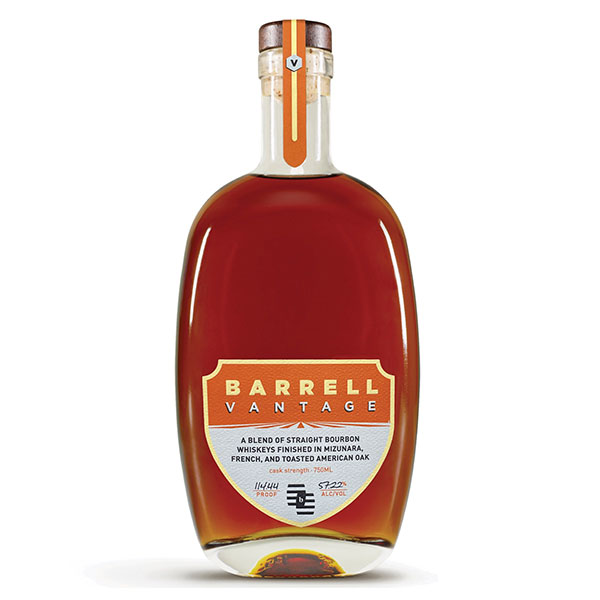 This Barrell release is a combination of straight bourbons distilled in Indiana, Kentucky, and Tennessee. Each whiskey used in the blend was finished separately in mizunara, French, and toasted American oak barrels.

Barrell Craft Spirits has previously explored three-part barrel finished whiskeys. Its Armida expression was finished in Jamaican rum, pear brandy, and Sicilian amaro casks, while Dovetail was finished in rum, port, and cabernet sauvignon barrels from Dunn Vineyards. Seagrass was finished in Martinique rhum, Malmsey madeira, and apricot brandy casks. With all of these whiskeys, Barrell is showcasing both its mastery as a blender and a cask finisher. 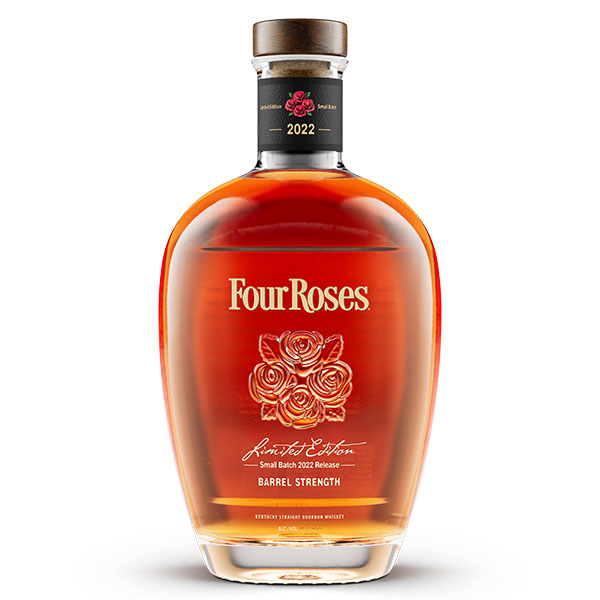 Details on the 2022 release of Four Roses Limited Edition Small Batch, the 15th in the series, have been announced. This year's whiskey features four different bourbon recipes, aged 14 to 20 years. They are as follows:


As with each annual release, a select number of bottles are available via a public lottery that started earlier this week and ends on August 28th. Visit the Four Roses website to enter. Winners will need to pick up their purchase in person at the distillery between September 17th and October 16th.

Four Roses has 10 bourbon recipes that use combinations of five yeast strains and two mashbills, and master distiller Brent Elliott pulls from those recipes to create each year's Small Batch Limited Edition release. Last year's whiskey focused on the Q yeast strain, while this year's used a balance of 14 year old OESF and 20 year old OBSV as its base.

According to Elliott, the 20 year old stocks used here came from the same lot as a special 20 year old single barrel released last year. Limited Edition Small Batch is consistently prized by whiskey drinkers and rated highly by our tasting panel, scoring between 92 and 96 points in recent years. 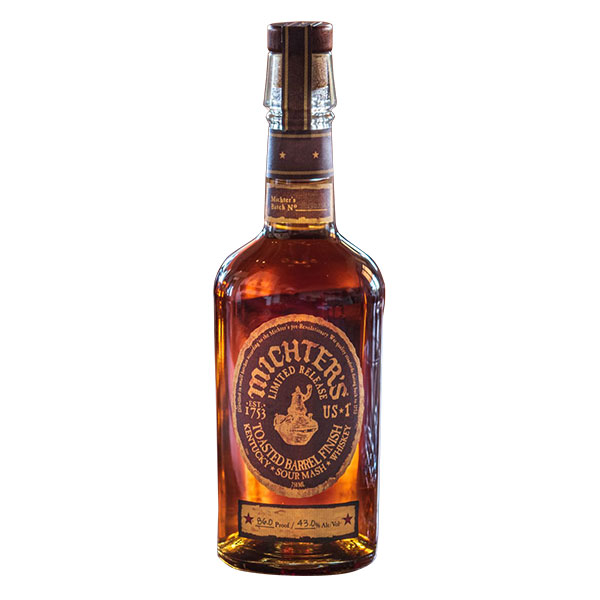 Michter's is bringing back its US*1 Toasted Barrel bourbon for the first time since 2019. US*1 Sour Mash is typically aged for five to seven years in new charred oak barrels, although the length of the finishing period for this toasted barrel release is not disclosed.

Toasted barrel finishes are much more prevalent today than when Michter's first introduced this whiskey in 2014. Elijah Craig released a Toasted Barrel bourbon in July 2020, while Basil Hayden introduced its Toast bourbon in August 2021. Earlier this month meanwhile, Daviess County announced a Lightly Toasted straight bourbon of its own. Brush up on the differences in process and flavor of charring and toasting using our guideto the barrel treatments. 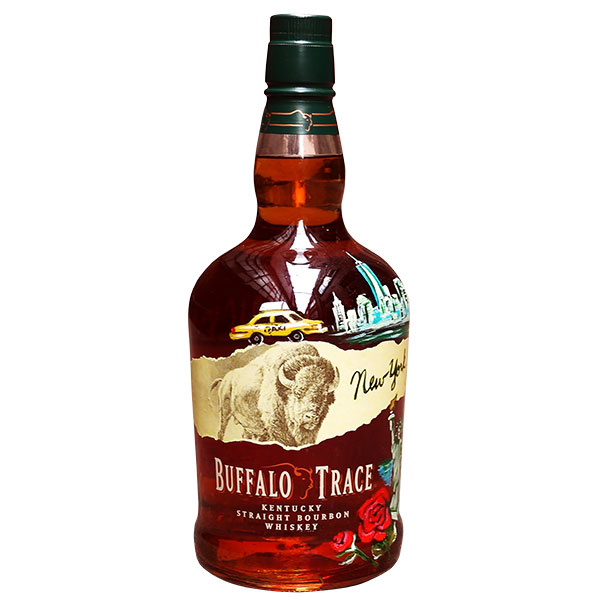 The 2022 Buffalo Trace Heritage Collection includes 50 1.75 liter bottles of Buffalo Trace single barrel bourbon that have been hand-painted by Kentucky-based artist Bri Bowers. Each bottle's artwork is inspired by iconic elements of an individual state; New York, for instance, features a yellow taxi cab, the Statue of Liberty, and a portion of the New York City skyline.

These bottles will be available via an online auction beginning September 7th at 7 p.m. EST, with all proceeds benefiting Keep America Beautiful, an organization dedicated to community improvement. Bidding will begin at $75; each bottle will be accompanied by corresponding artwork, as well as a VIP tour and tasting at Buffalo Trace Distillery in Frankfort, Kentucky. The auction concludes on September 22. While winners will be able to download their artwork online, bottles and physical art prints must be picked up by the winning bidders at the Buffalo Trace Distillery starting January 1, 2023 (and you'll have all of next year to schedule a trip out). 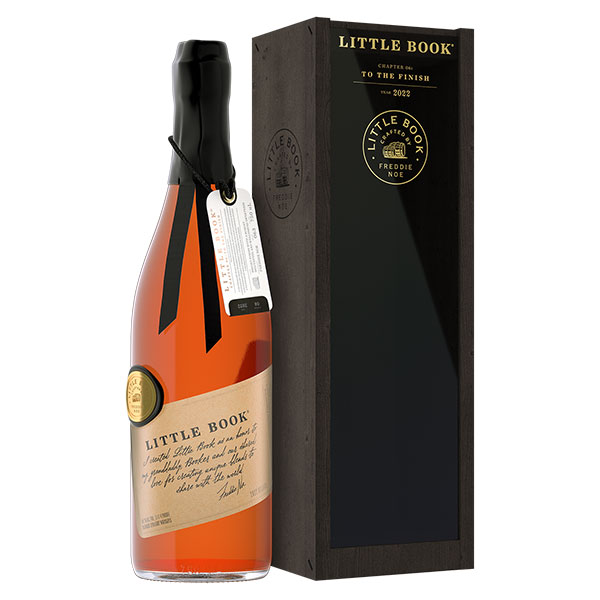 Little Book Chapter 6 “To The Finish”

Little Book, created by eighth generation Jim Beam master distiller Freddie Noe, is back with its sixth installment. Chapter 6 “To The Finish” takes its name from the blend of finished whiskeys in this expression, and from Freddie's dual passion for whiskey making and cooking. His explorations focus on how flavors come together and complement one another. This year's release draws from the following whiskey stocks, all of which Freddie oversaw.

Freddie Noe has challenged perceptions in regard to blended American whiskey by tapping into the vast library of stocks available to him through Beam Suntory. Those have included Canadian whisky from Alberta Distillers, malted rye, and with this year's release, woodsmoke. We recently reportedon the wave of craft distillers introducing woodsmoke to their whiskeys and now Beam is getting in on the trend. Little Book has consistently scored well in our Buying Guide, and has landed on our Top 20 list twice, in 2017and 2018. 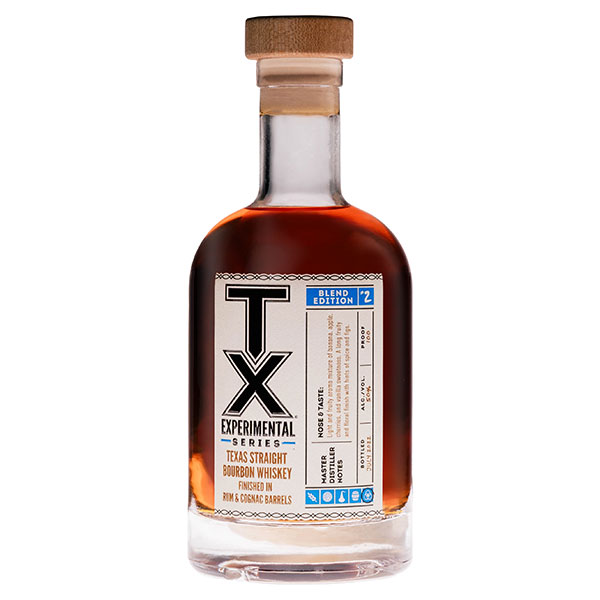 This whiskey features a base of wheated bourbon made at Firestone & Robertson Distilling's Whiskey Ranch in Fort Worth. One portion of the final whiskey was aged in two Barbados rum barrels for three years, while the other was aged in a single Grand Champagne cognac barrel for two and a half years.

This marks the second blend of whiskeys and fourth whiskey overall in the TX Experimental Series, which includes TX Blended Straight Bourbon, TX Experimental Rye, and TX High Rye Texas Straight Bourbon. In celebration of the release, TX is hosting an event at Whiskey Ranch tomorrow from 12 p.m. to 5 p.m.; revelers will have a chance to taste the new whiskey while enjoying live music and food from various food trucks. Bottle engravings will also be available with purchase. Tickets to the event are $10, and include one cocktail.