Since opening its doors a decade ago, Barrell Craft Spirits has risen to become Kentucky’s premier independent blender, and its Barrell Vantage label finished at No.-3 on Whisky Advocate’s Top 20 list this year. The business side has expanded accordingly, as revenues have averaged annual growth of 106% from 2018 through 2022, according to founder Joe Beatrice. But that success has led to growing pains. Barrell sources spirit from some 65 producers around the country to craft its bourbons, ryes, American whiskeys, and rums. With delivery trucks arriving at the company’s Louisville headquarters on a nearly constant basis, the logistical challenges have created a dire need for new space. This year, that problem should be resolved with two major expansion projects.

In April, Barrell will move into a new headquarters in the Louisville suburb of Jeffersontown, about 15 miles east of its current home base. The new facility will bring a massive upsizing, offering five times the blending capacity of the current place. It will be equipped with eight blending tanks in total, including four at 6,000 gallons and four at 8,000 gallons, compared to the current two 6,000-gallon tanks and various smaller ones. New bottling lines are also in the works. While the new headquarters will house most of Barrell’s blending, bottling, marketing, and management operations, the old facility will continue to be used. In all, it has been a significant undertaking: originally a $3.2 million project, its price tag has now grown to $15 million. Barrell’s new home base is also likely to include a visitor center, though the company is mum on that plan, saying only that details will be announced at a later date. 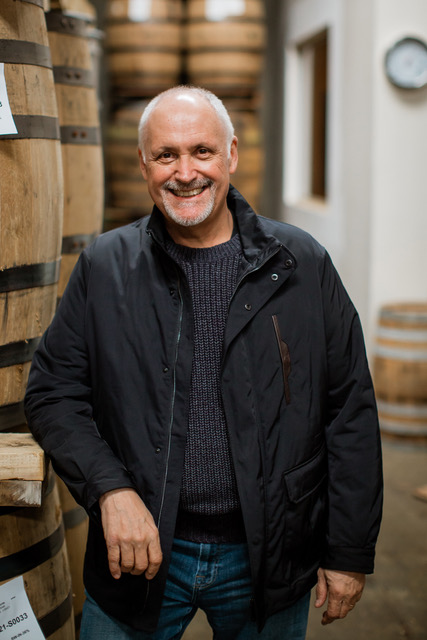 At the end of this month, Barrell will also start loading inventory into a newly purchased rickhouse in the Louisville suburb of Shively, about eight miles from its current headquarters. The company acquired the 89,000-square-foot facility in December for $2.41 million. The seller was Angel’s Envy, which had owned it since 2013. Built in 1940 as part of the old Yellowstone Distillery campus, the five-story, 17,620-barrel rickhouse had passed through a number of owners before Angel’s Envy, including Florida Distillers and Glenmore Distilling Company of Owensboro.

Angel’s Envy has decamped from Shively because it’s currently planning a major new facility in Campbellsburg, Henry County, to the northeast of Louisville. But while Angel’s Envy and other bourbon makers are building warehouses in various parts of Kentucky outside Louisville, Barrell has chosen to say close to its home base.