There are limited days left in February, and limited releases headline this week's new whiskies.

First up, Buffalo Trace is releasing Blanton's Gold Edition in the U.S. The bourbon was previously only available internationally, but starting this summer it will be stateside and priced at $120.

Barrell is unveiling its latest batch of rye. This cask-strength blend of straight ryes from Canada, Indiana, Poland, and Tennessee is priced at $90.

Sagamore Spirit has a new limited-edition rye of its own, finished in calvados barrels and priced at $69.

Kentucky Peerless has teamed up with Copper & Kings American Brandy Co. to release a single barrel rye finished in absinthe barrels. Priced at $129, this limited-edition release is available in both Peerless and Copper & Kings gift shops, as well as at select retailers.

Taylor Garrett is releasing a whiskey distilled from bourbon mash that was aged alternatively, a process the distillery refers to as "accelerated aging." The whiskey is priced at $52 and available in New Mexico.

South Africa-based Drayman's has a new single malt coming out. Priced at $100, this whisky will be the second from South Africa to be available in the U.S.

Tom's Town Distilling Co. of Kansas City, Missouri collaborated with Northern California-based brewery Lagunitas to create a whiskey that celebrates their hometown NFL teams that competed in Super Bowl LIV. The limited Machine No. 7: Gridiron Whiskey is priced at $20 and will be available at Tom's Town.

Finally, Dà Mhìle Distillery in Wales is releasing an organic single malt, making it the second Welsh distillery to have single malt available. The whisky is available in the UK, and priced at £90. 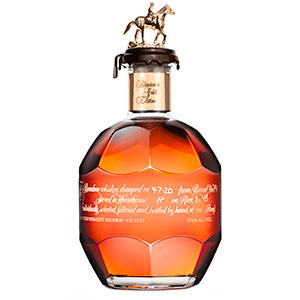 This single barrel bourbon was previously only available in select international markets, but Buffalo Trace will now be releasing Blanton's Gold Edition once every year in the U.S., starting as a limited release in summer 2020. It's the same recipe as Blanton's Original Single Barrel (88 points), but with a higher proof.

As with many limited releases from Buffalo Trace, like the annual Antique Collection, the suggested retail price and what you'll find it at could be worlds apart. With Blanton's Gold Edition finally making its way stateside, expect demand to be high, and shelf prices to match. 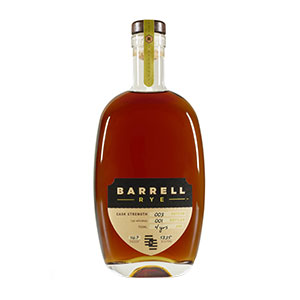 This is a blend of straight rye whiskeys distilled and aged in Canada, Indiana, Poland, and Tennessee, all between four and 14 years old. This, like all of Barrell's batched products, is a limited release—meaning once it sells out, it's no longer available.

We were introduced to Batch 002 of Barrell rye back in December 2017, which was made of whiskies from Indiana and Poland. This release still incorporates whiskies from those areas, but also adds ryes from Canada and Tennessee. We're used to Barrell's bourbons—and we've been big fans of them. Most recently, batches 020 and 021 of their cask-strength bourbon scored 92 points and 94 points in the Buying Guide, respectively. This is only Barrell's third batched rye release, and we're certainly looking forward to tasting it. 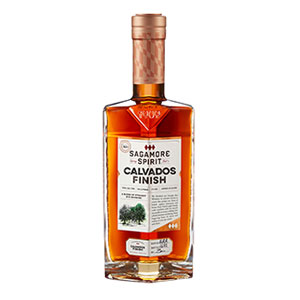 Sagamore Spirit sourced straight rye whiskeys from MGP in Indiana, then finished them for 11 months in barrels that previously held calvados, a type of brandy made from apples, and sometimes pears, in Normandy, France. The ryes were then blended and aged for nine more months in American oak barrels.

Though Sagamore Spirit started by sourcing rye from MGP, it has been making its own at its Baltimore-based distillery since opened in 2017. This limited-edition release follows Sagamore Spirit Port Cask-Finished Rye (88 points) and Cognac Cask-Finished Rye (88 points). We're looking forward to tasting how this calvados cask-finished rye stacks up up against its predecessors. Stay tuned for a review in an upcoming Buying Guide! 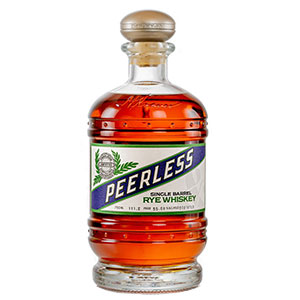 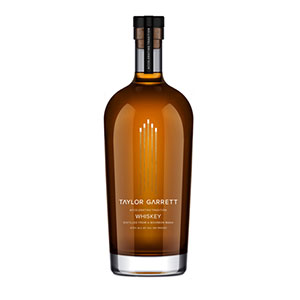 Made at Albuquerque, New Mexico's Vara Winery and Distillery, this whiskey has a mashbill of 65% corn, 25% rye, and 10% malted barley. It's double-distilled, first in a pot and then in a column still. Rather than maturing in a barrel, the spirit is processed using a proprietary "accelerated aging" technique. It rests for 24 hours in neutral barrels; then, oak staves that have been toasted and charred are added. The liquid then undergoes a few different processes, including thermo-cycling (applying heat) and agitation, as well as some proprietary processes that aren't disclosed. The goal, according to distiller Scott Feuille, is to "accelerate the formation of ethyl acetate (oxidation), the breakdown of long-chain compounds into esters, and the extraction of lignin and phenolic compounds from the staves." The process takes about six days.

Although alternatively aged whiskies aren't new, Taylor Garrett is one of the few that calls its process "accelerated aging"—most other producers use terms like finishing or enhancement to describe their methods. We took a deep dive into this world of alternatively aged whiskies a couple of years ago, and blind-tasted some of the offerings against traditionally matured whiskies. It's never a bad thing to be skeptical, but we prefer to keep an open mind and plan to taste Taylor Garrett blind, just as we would any other whisky, to see how it measures up. 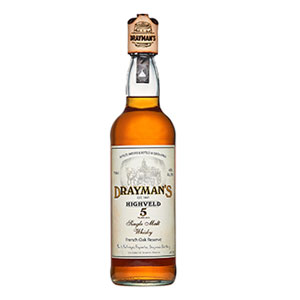 This whisky is mashed, fermented, distilled, and matured in French oak casks in Pretoria, South Africa. The name "Highveld" comes from the plateau that Pretoria sits on, at roughly 1,600 meters above sea level. 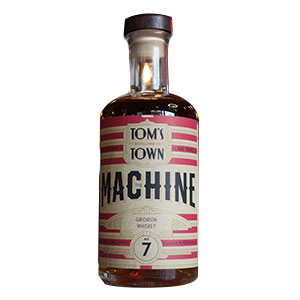 Availability: 500 bottles (375 ml); for sale at the launch event and distillery only

This whiskey began as pre-hopped Lagunitas Sucks beer, a retired release from the Northern California-based brewery consisting of barley, rye, wheat and oats. It was then fermented and distilled at Tom's Town Distilling Co. in Kansas City, Missouri before aging in American white oak barrels for two years. This is the seventh release in the Machine Series, which consists of one-off creations such as No. 6: Gingersnap Whiskey, No. 4: White Port Bourbon, and No. 2: Malt Whiskey. The distillery is holding a launch party on March 5, and those who purchase tickets will receive a 50% discount on the whiskey. The remaining bottles will be for sale at the distillery.

Super Bowl LIV may have come and gone, but it's still being celebrated through this collaboration between Tom's Town and Lagunitas, who share hometowns with the competing NFL teams, the winning Kansas City Chiefs and their opponents, the San Francisco 49ers. They're not the only ones toasting the Super Bowl with whiskey—one Chiefs fan had a 50 year old commemorative bottle, purchased the last time the team went to the championship, ready for the victory. 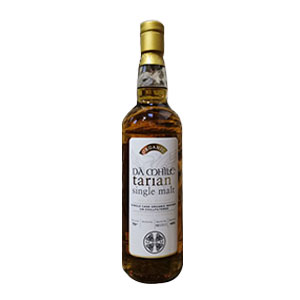 Availability: Limited edition; for sale in the UK through Whisky Exchange and Master of Malt

This whisky was distilled at Dà Mhìle Distillery in the Ceredigion county in West Wales, and matured in a first-fill oloroso sherry cask.

This is Dà Mhìle's first single malt release from their distillery, though it's not the first whisky that they have ever released. Founder and director John Savage-Onstwedder commissioned Scotland-based Springbank in 1992 to produce a one-off organic single malt scotch to commemorate the new millennium eight years later; Dà Mhìle (pronounced da-vee-lay) means "2000" in Gaelic. Savage-Onstwedder began as an organic farmer, and brought his focus on sustainability to the Dà Mhìle Distillery, which he established in 2012. It's one of only two distilleries in Wales that currently has single malt available—the other is Penderyn.