College students at New Mexico State can now buy a whiskey with their mascot on it, but for everyone else, there are plenty of other new releases to look for.

Kentucky Owl is launching its 10th batch of bourbon, as well as the fourth and final release of its rye. Both whiskeys are priced at $300 and available in limited amounts.

Scotch giant Diageo is rolling out the 2020 Distillers Edition bottlings for six of its distilleries: Cragganmore, Dalwhinnie, Glenkinchie, Lagavulin, Oban, and Talisker. The limited-edition single malts range in price from $85 to $110.

Craigellachie has bottled a single sherry butt at 24 years old. Just 474 bottles of the whisky are available, priced at $300 each.

Portland, Oregon's Westward Whiskey has debuted a single malt finished in local pinot noir casks, along with new packaging for the entire range. The whiskey is priced at $90 and widely available.

Four Gate Whiskey Co. has bottled a 12 year old Kentucky straight bourbon in memory of the late Kevin McLaughlin, a friend and collaborator. There are 423 bottles of Four Gate Eagle Thief, priced at $299.

Maker's Mark collaborated with The LEE Initiative and partner restaurants and bars to create a special batch of barrel-proof bourbon to raise money for the non-profit. The CommUNITY Batch is available in limited amounts by making a recommended donation of $70.

Nevada's Frey Ranch Distillery is offering single-barrel, barrel-proof bottlings of its straight bourbon. Priced at $85, the whiskey is available in Nevada only for now.

A new single cask of Amrutsingle malt, bottled under the Aatma name, is hitting shelves. There are just 90 bottles, exclusive to the U.S., priced at $165.

Finally, e-commerce spirits club Flaviar is rolling out a blend of bourbons from a variety of U.S. distilleries. Corn Trooper is available exclusively on the site, priced at $71. 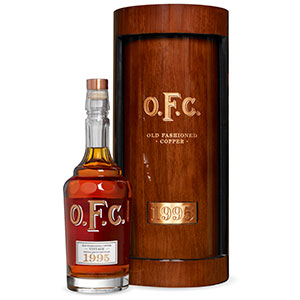 Distilled in 1995 at Buffalo Trace, this bourbon matured for 25 years. It's packaged in a crystal bottle within a wooden presentation box.

The O.F.C. line of vintage bourbons has always been limited, but this year's release marks the highest bottle count so far. "O.F.C." stands for "Old Fashioned Copper," the original name of the distillery. 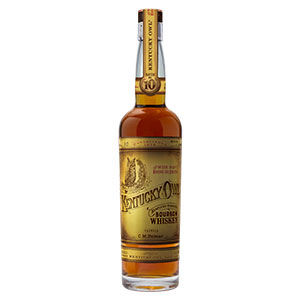 This whiskey is blended from a variety of Kentucky straight bourbons of undisclosed age and provenance. 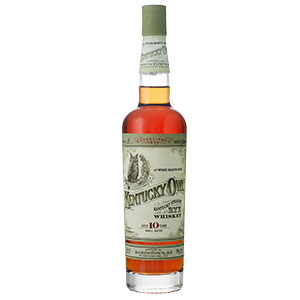 Blending a number of Kentucky straight ryes aged 10 to 13 years, this whiskey is the last rye release from Kentucky Owl, according to the company.

Since its inception, Kentucky Owl has been in high demand, often as a collectible whiskey. But we've found that the scores measure up to the hype (if not the price—that's for the buyer to decide). 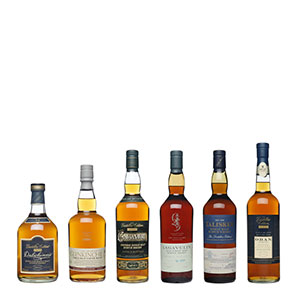 This collection of single malts comes from six of Diageo's distilleries. Fans of familiar whiskies within the core range can taste the effects of secondary maturation in fortified wine-seasoned custom casks.

Not nearly as limited (or expensive) as the Diageo Special Releases collection, the Distillers Editions nevertheless offer a different take on familiar whiskies. If you're a regular drinker of, say, Lagavulin 16 year old, doing a comparison with the PX-finished version can be a fun exercise in testing your nose and palate. 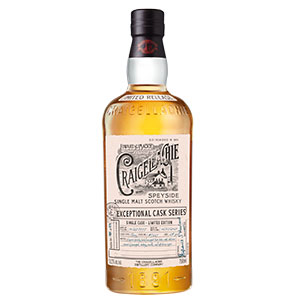 Craigellachie is a meaty, full whisky, already robust even before it hits a cask. Layer on full sherry cask maturation at cask strength and this one is sure to be a whopper of a single malt, perfect for sherry addicts who are ready to move beyond Macallan and Glenfarclas. 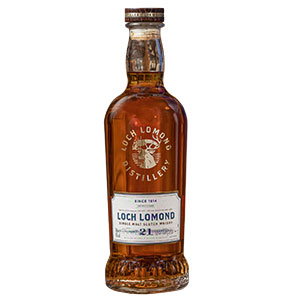 Made at Loch Lomond Distillery in its signature straight-necked pot stills, this combines two types of peated and one unpeated spirit—all matured in bourbon casks—in the final whisky. 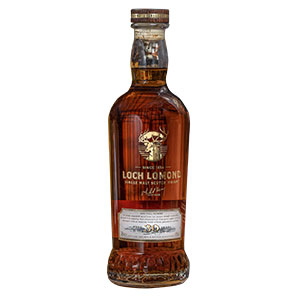 This unpeated single malt was made on Loch Lomond's straight-necked stills and matured in bourbon casks, with half of it finished in oloroso sherry casks. At 47% ABV, it's cask strength—the angels' share accounts for the fairly low proof.

Loch Lomond is one of the most unique distilleries in the world. It houses both a malt and a grain plant on a single site. For the malt whisky, long fermentation times and the use of wine yeast create super-estery (fruity) flavors and aromas. And the distillery is able to make eight distinct profiles of single malt, using one unpeated and two peated grain bills, two different types of still, and two different cut points. Thus it ends up with a far wider array of whisky flavor to work with, which master blender Michael Henry uses to craft each unique expression. 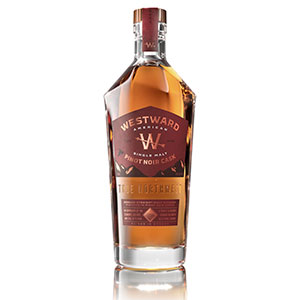 This whisky starts out as fully mature Westward single malt, and then is finished for up to 2 years in French oak pinot noir casks from the Willamette Valley.

With this new release, which was previously available as a limited edition, Westward is debuting all new packaging as well. The whiskeys themselves remain the same, however. 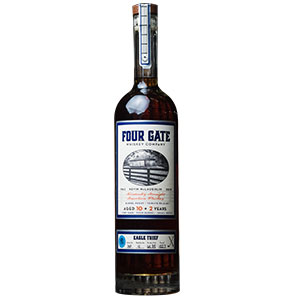 Availability: 423 bottles; for sale in KY and online

This bourbon is made from a mash bill of 74% corn, 18% rye, and 8% malted barley and bottled at barrel proof in memory of Kevin McLaughlin, co-owner of Kelvin Cooperage, who passed away in December 2019. Many of the bottle's attributes nod to McLaughlin's passions and personality, including its color scheme (that of Pepperdine University, where he played collegiate golf); age statement (10+2, nodding to his +2 handicap); and name, which combines the golf score of "eagle" with the "thief" tool used to pull whiskey from a barrel.

Since its founding a few years ago, Four Gate has partnered with Kelvin Cooperage to create unique finishing barrels for many of its releases, and co-founder Bob D'Antoni was close friends with McLaughlin. Proceeds from the sale of this bourbon will be donated to West End School of Louisville, which was close to McLaughlin's heart. 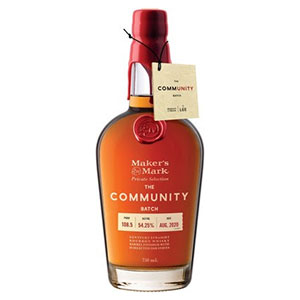 Made by combining multiple editions of Maker's Mark Private Select from 37 bars and restaurants, this whiskey is being offered at select events and in select areas. All proceeds will benefit The LEE Initiative, a non-profit that supports hospitality workers.

This bourbon won't be for sale at traditional retail, but is going to be available at events and in other ways for a suggested donation of $70. There will be several virtual tasting events on Giving Tuesday (Dec. 1), hosted by chef Ed Lee and Maker's Mark director of innovation Jane Bowie, and anyone who purchases a bottle will be invited to participate. Full details can be found on The Lee Initiative's website. 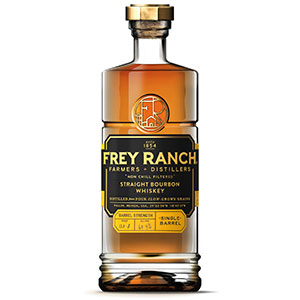 Availability: For sale in NV only

Made at Frey Ranch Distillery from corn, winter cereal rye, winter wheat, and 2-row barley, this bourbon is aged at least 5 years and bottled as a single-barrel offering at barrel proof.

Frey Ranch carries out every step of the whiskey-making process, from growing the grain to bottling, on-site, and it waited until its whiskeys were 4 years old before releasing them. We've been impressed, scoring the bourbon 87 points and the recently released bottled in bond rye 93 points. 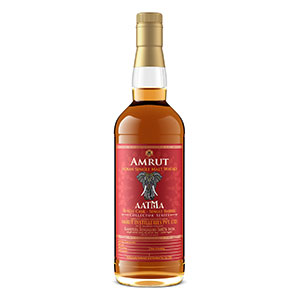 The second release in Amrut's U.S.-exclusive Aatma single-cask series comes from a single bourbon barrel—hence the low number of bottles. It was distilled in October 2012 and botted in March 2020.

Aatma bottlings are always single cask and exclusive to the U.S., but will vary with each release. The first one, a peated single malt matured in a port pipe, came out earlier this year and scored 94 points in the Buying Guide. 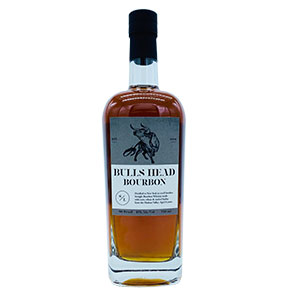 Availability: For sale in NY, with expansion planned

Made by an undisclosed New York distillery, this bourbon uses a mashbill of corn, wheat, and malted barley, all grown in the state. Spirits Lab acquired the barrels last year.

Spirits Lab opened its Newburgh, New York distillery right around the start of the pandemic in March. Despite the inauspicious beginnings, it's off to a good start, offering this sourced bourbon and a rye, pre-bottled cocktails, and other spirits. And there's more to look forward to: Next year, the distillery plans to age a couple of barrels of rye on board the Apollonia, a steel-hulled schooner making carbon-neutral deliveries between Kingston and Brooklyn, New York. 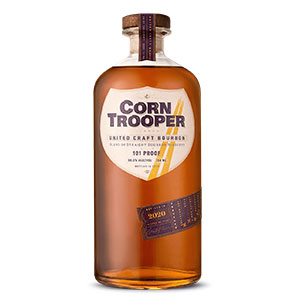 Availability: For sale at flaviar.com

The bourbons in the blend range in age from 2 to 12 years old.

Multi-state whiskey blends are becoming more common, with producers like Barrell and Lost Lantern offering bourbon, rye, and American single malt. This is Flaviar's first foray into the practice. A portion of the proceeds from the sale of Corn Trooper will be donated to the Michael James Jackson Foundation for Brewing & Distilling.