Whisky lovers in the Chicago area are in for a treat tonight as WhiskyFest returns to the Hyatt Regency for an evening of unforgettable whiskies, informational seminars, and access to whisky makers from around the globe. Tickets are still available with a number of rare pours and Whiskies of the Year offered during VIP hour and throughout the night. Come taste hard-to-find pours from Buffalo Trace, Ardbeg, Nikka, and more, or discover something new on the WhiskyFest floor.

Those looking to simply sip something new at home have a number of options this week. Bushmills returns with its second Rare Cask bottling, a 29 year old single malt finished in Pedro Ximénez casks;Chicken Cock is dropping a rum-finished rye just in time for the summer; and Brad Paisley's American Highway Reserve announces its second release, a blend of Kentucky and Georgia straight bourbons. Read on for full details. 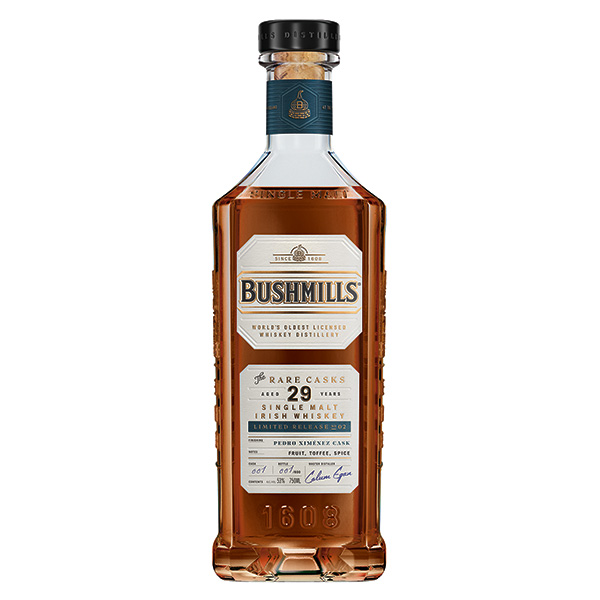 The second expression in Bushmill's Rare Cask series, this whisky spent 12 years in bourbon barrels and an additional 17 in Pedreo Ximénez casks. The whiskey was distilled on April 6, 1992; re-casked on July 12, 2004; and bottled on January 17, 2022.

One of the ways that Irish whiskey has completed its comeback in recent years is through a wealth of well-aged stocks, and nowhere is that more apparent than at Bushmills. The first Rare Cask was a cask strength 28 year old single malt finished in cognac casks released in October 2020. It scored 95 pointsand was among the most collectible whiskiesreviewed in the Winter 2020 issue. Both the proof and the price of this PX cask are considerably higher. 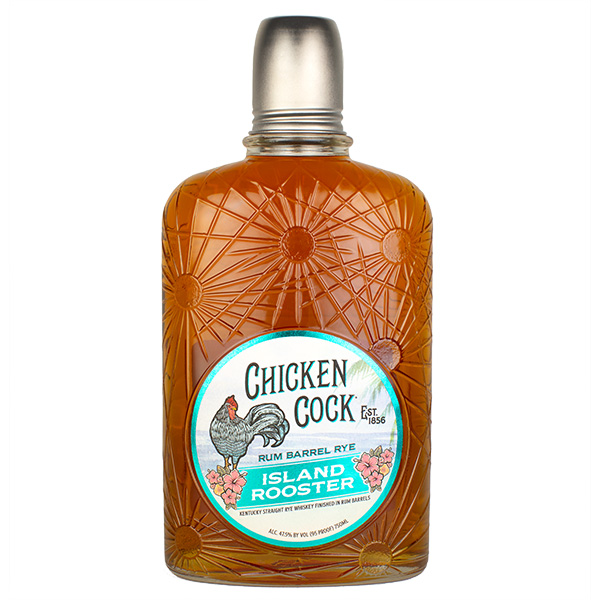 Made from 95% rye and 5% malted barley, this whiskey was aged for more than four years and finished in Caribbean rum casks for at least six months.Production for this initial release was limited to 25 barrels equating to 6,000 bottles. Another 6,000 bottles will be released in late summer.

With summer approaching, you may be reaching for rum or making rum-based drinks, but don't rule rum-finished whiskies out either. In recent weeks there have been a number of new rum-finished ryes and rye blends, including Blackened Rye the Lighting, Four Gate Kelvin Collaboration III (Batch 19), and Sagamore Spirit Reserve Series Rum Finish. 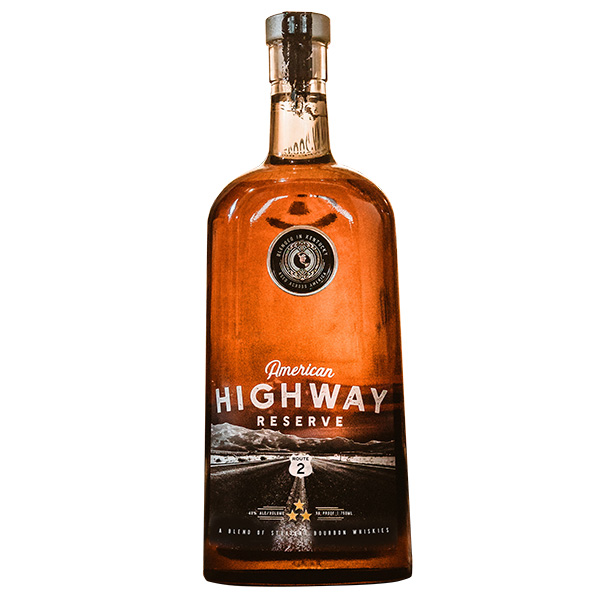 The second batch of Brad Paisley's American Highway Reserve contains a portion of barrels that followed him on a semi-truck as he toured the country during the summer of 2021. As with the first batch, he worked with Bardstown Bourbon Company to create it. This time around, three whiskeys contributed to the blend:

We spoke with Paisleyfollowing the initial release of American Highway Reserve about his whiskey journey which started in his home state of West Virginia and has resulted in a vast collection of bottles that he shares with the many musicians, actors, and other famous figures that pass through his home. Paisley told us that he likes a whiskey that has a strong nose, demonstrates a solid spice character, and changes over time in the glass or with water added. We'll have to wait and see how this batch matches those descriptors, but the presence of older stocks and multiple mashbills likely means a certain degree of nuance and complexity. 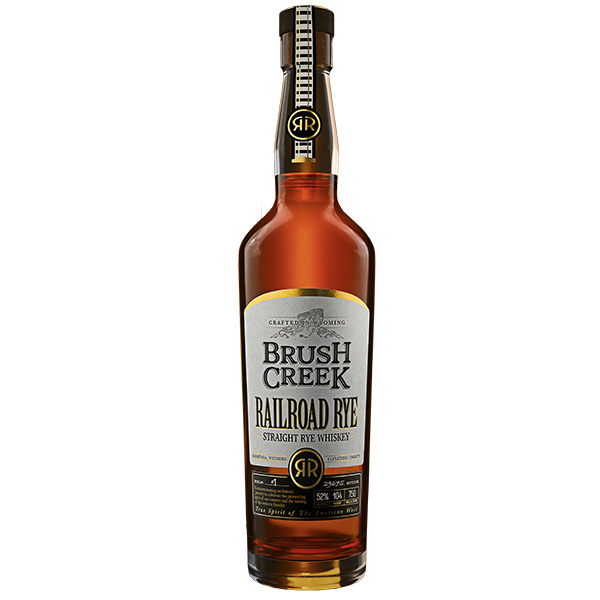 Last year, 80 barrels of Indiana-made rye whiskey were transported from the distillery in Lawrenceburg to Chicago where they were loaded onto a 60-foot Union Pacific boxcar. The barrels traveled more than 1,200 miles to Brush Creek Distillery in Wyoming. The journey was made in honor of the history and innovation that led to exploration in the West.

Twelve of the barrels, varying in age between 4 and 7 years old and two mashbills, were selected for this inaugural release of Railroad Rye, referred to as Boxcar 1. Brush Creek intends to offer this expression annually, with subsequent bottlings having a different mashbill, proof, and historical focus.

Brush Creek Distillery is located on The Farm at Brush Creek Resort, a 30,000-acre site in Saratoga, Wyoming. In addition to the distillery, the resort is home to luxury lodging, a creamery, a bakery, outdoor activities, a spa, and more. Read more about it, and other destinations for whisky lovers, in our Summer issue, hitting newsstands at the end of this month. 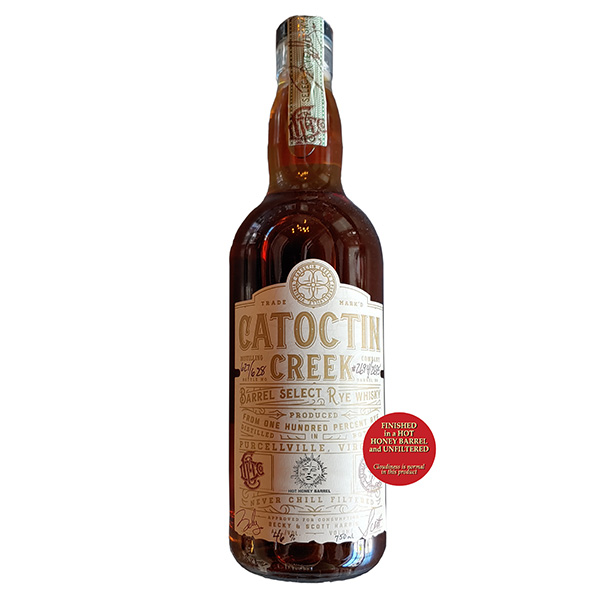 This whiskey was aged for two years in new charred oak barrels before a finish of over one year in barrels from AR's Hot Southern Honey in Richmond, Virginia.

Whisky can naturally have honey flavorsand makes for great cocktails when combined with honey, so this finish, while unusual, makes plenty of sense. To our knowledge, there aren't too many honey cask-finished expressions, with Tennessee's Green Briar Distillery releasing a limited edition under its Belle Meade labeleach year as a distillery exclusive. 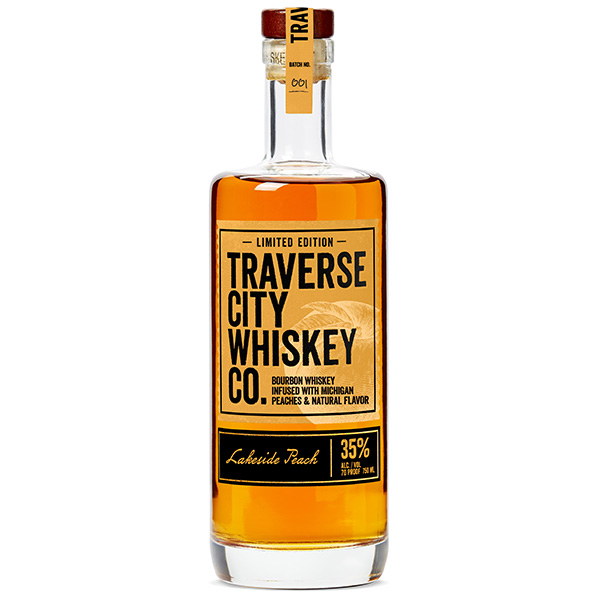 Lakeside Peach uses Traverse City's straight bourbon as its base. It joins American Cherry and Michigan Apple among the brand's flavored offerings.

Think what you will of flavored whiskeys, but there is a growing segment of craft producers who are using local flavoring ingredients native to their state, with Michigan's Traverse City among them. In the Summer 2020 issue, we examined Michigan's cherry farming industry and the ways that it influences whiskey productionincluding cherry-flavored whiskeys and distiller-made cocktail cherries. For Lakeside Peach, Traverse City similarly relies on Michigan peaches, noting that they are delicate and sweet and surprisingly resistant to the harsh winter conditions.