Sometimes a whisky that's not new, but is perhaps a bit overlooked, can be just as exciting as a new release. Our Spring 2021 cover story highlighting 10 of Scotch whisky's best kept secrets focuses on whiskies from Arran, Loch Lomond, Deanston, Tamdhu and more. We hope that you find it useful as a resource to explore the world of single malt scotch, and perhaps discover your next favorite drams.

As for new releases announced this week, there is a bounty. Jack Daniel's has a 10 year old Tennessee whiskey, the brand's first age statement expression in over a century, while Ardbeg returns with its Traigh Bhan 19 year old. Highland Park, meanwhile, has released the second iteration in its cask strength series. Read on for full details. 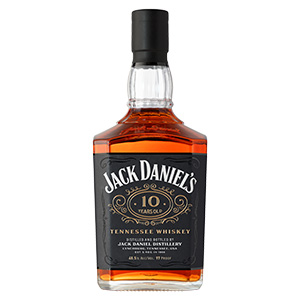 The first Jack Daniel's whiskey to bear an age statement in more than 100 years, this 10 year old is the same whiskey that goes into Old No. 7 and will be a limited annual release. The barrels used were relocated throughout the barrelhouse to extend the aging process. This batch came from little over 200 barrels, and the yield wasn't large.

Jack Daniel named Chris Fletcher its new master distiller last October, and the Tennessee whiskey powerhouse has been putting innovation at the forefront. The Tennessee Tasters' label continues to showcase experimentation—the recent Twin Blendmarried barrels of Tennessee whiskey and rye distilled on the same day—and the 2020 single barrel special release, a barrel proof rye, instantly achieved collectible status, scoring 92 points with our tasting panel. While less outside the box than those whiskeys, the new Jack Daniel's 10 year old represents an ongoing effort to push the envelope with new expressions. Whiskey bottled at 10 years old, particularly bourbon or Tennessee whiskey, can offer great value, and this limited annual release has that potential. We hosted Fletcher on our Instagram Live series #TasteWithSpace last November, where he detailed his excitement for his new role, and his approach to creating new whiskeys. 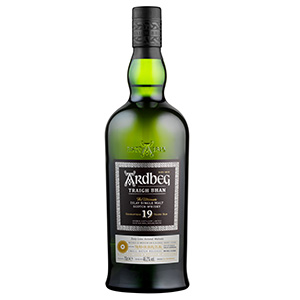 The third batch of Traigh Bhan (pronounced Tri Van) was matured in American oak and oloroso sherry casks. Ardbeg releases this 19 year old whisky annually, but tweaks the cask treatment, making each batch slightly different from the one before.

Few whiskies are as consistently great as Traigh Bhan, which scored 95 points with its debut release in 2019and Batch 2 in 2020. While it seems like the pandemic delayed this release slightly, a pause in tariffsmay have kept the price unchanged. 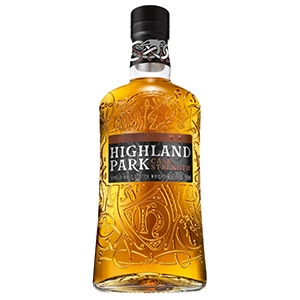 This is the second iteration of Highland Park's annual Cask Strength Series, and was matured predominantly in sherry seasoned European and American oak casks and a small quantity of bourbon casks.

Highland Park debuted its Cask Strength last year, with that whisky scoring 92 pointsin our Winter 2020 Buying Guide. While the higher proof here brings with it a higher price point, sometimes that nets a better dealwhen you crunch the numbers and consider price per ounce at equivalent ABVs. 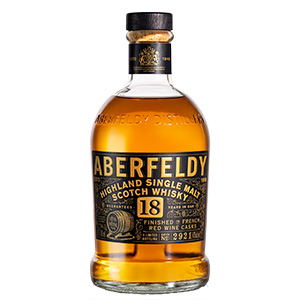 Wine finishing in single malt scotch is nothing new, but Aberfeldy is focusing specifically on red wine from France with this series and with delicious results. The Pauillac cask landed at No. 10 on our 2020 Top 20 listscoring 93 points. We spoke with Aberfeldy malt master Stephanie Macleod on Instagram Live back in Februaryabout that release and her use of red wine casks. 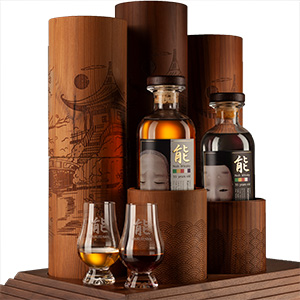 Availability: 30 sets to be released over 3 years

Each set includes two Karuizawa Noh label single casks bottled in 2017 and packaged with two Glencairn crystal decanters, a pair of exclusive glasses, and a water jug. The set is named after Mount Asama, the volcano that overlooks the town of Karuizawa. The small distillery, which closed in 2000, made whisky for use in blends using peated malt imported from Scotland. Many years after it shuttered, the remaining stocks were sold as single cask bottlings, helping to fuel a boom in collectible Japanese whiskies.

Noted whisky collector Mahesh Patel owned the two sherry casks appearing in this set, but Japanese whisky collectors will be aware that the identical liquid with the same ABV has been seen before in different guises. Cask 4059 has already appeared as an individual Noh bottling and three editions of the Wealth Solutions Shibari Series (Karada, Nawashi, and Nawa). Cask 6183 has been seen as a Noh bottling, the Wealth Solutions Shibari Series Nawa-do bottling, and in the Cities of Japan Series for online retailer dekantā, which included the Tokyo, Sapporo, Osaka, Nagoya, Yokohama, and Kobe bottlings. We're promised these 30 sets represent the final liquid from these casks. 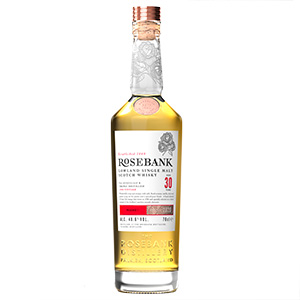 This is a triple distilled Lowland single malt matured in 62% refill sherry butts and 38% refill bourbon hogsheads. Ian Macleod Distillers acquired the Rosebank distillery and trademark in 2017 and plans to release further official bottlings in the run up to next year's distillery reopening.

Rosebank Distillery closed in 1993, and fans of the whisky have had a long wait for the next official release. The Rosebank 12 year old Flora & Fauna was discontinued over the last decade, and the Diageo Special Releases in 2014 was the last official bottling under the previous owner.Fortunately, the wait for the next bottle will not be too long; Ian Macleod Distillers expects Release 2 to be available next spring. 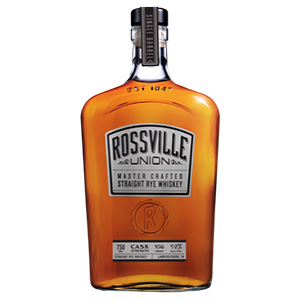 Earlier this year, various retailers selected their own barrel of Rossville Union Straight Rye; three unique mashbills were available, all at cask strength. Customized bottles of the whiskeys will bear the names of participating retail accounts.

Rossville Union Straight Rye is a solid addition to any home bar, coming in at 90 points and costing just $40. And that's no real surprise, given that the whiskey is distilled at MGP, which has long touted a strong rye program. 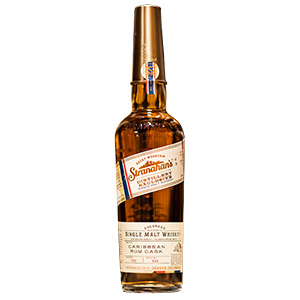 This is a marriage of 5 to 9 year old Stranahan's single malt, aged in virgin American oak barrels with #3 char. The whiskey was then finished for up to 3 years in Caribbean rum barrels. The release is part of Stranahan's Distillery Exclusives series that will highlight unique finishing techniques.

Rum-finishes have been on the rise in recent years, with mainstays like Balvenie Caribbean Cask setting the standard for how great they can be. In terms of American single malt with rum finishes, only two come to mind: Balcones released one in 2020 (92 points) while Dogfish Head used it to debut their Alternate Takes line in 2019 (90 points). 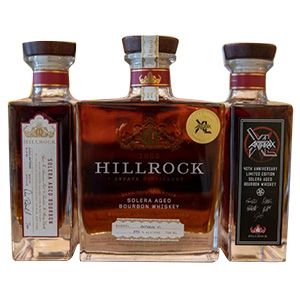 Heavy metal group Anthrax has chosen this single barrel from Hillrock Estate Distillery in honor of their 40th anniversary as a band. It was finished for 40 days in a 20 year old oloroso sherry cask. Each bottle will bear the band members' signatures. Additionally, 40 limited-edition bottles will be sold for $350, each encased in a custom box and includes a golden ticket that allows the purchaser and a guest admission to a concert on the band's 2022 U.S. tour as well as an in-person meet and greet with them.

Anthrax has now done four single barrel releases with Hillrock, a product of the band's close relationship with owners Cathy Franklin and Jeffrey Baker. Whisky Advocate spoke to guitarist Scott Ian for our Summer issue about what makes heavy metal and craft distillery collaborations work. Part of the success is genuine relationship building and staying true to the band's roots. Anthrax is from New York and Ian and his family have stayed at the distillery guest house. 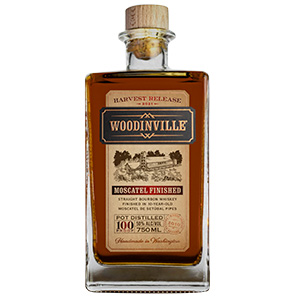 This is the latest run of Woodinville's Harvest Release. What differentiates this year's version from past iterations is its cask finish; the pot-distilled bourbon was finished in 200-gallon, 10 year old Moscatel de Setúbal barrels from Portugal.

The first 500 bottles of each Harvest Release are numbered and signed by the distillery's founders. Past releases have seen scores of excited fans line up for a chance at snagging one of the numbered bottles, with some people even camping out beforehand.