With just 24 shopping days left until Christmas (and only 11 until the first night of Hanukkah, which this year starts on December 12), there's no end of great whiskies lining up on shelves, waiting to be taken home and enjoyed.

Johnnie Walker has a new, limited-edition Blue Label called Ghost and Rare, which includes whiskies from silent distilleries (though one, Brora, won't be silent for much longer). It costs $400 and comes in a gift-ready box.

Jameson is launching a new expression of Caskmates, its beer barrel-finished whiskey. Whereas Jameson Caskmates Stout Edition is finished in, duh, stout casks, this one is finished in IPA casks for a verifiable hoppy bite. The price is the same for both—$30.

The latest release in the Orphan Barrel series of old whiskies comes from Canada's Crown Royal Distillery. Entrapment was intended for use in a blend when it was distilled from corn and a tiny amount of malted barley, but instead it aged for 25 years and is now being bottled solo. It costs $150 and, like all Orphan Barrel bottlings, is limited in quantity.

A brace of Old Pulteneys will hit the market early next year (so if you want to give one for a holiday gift, better write out an IOU). Old Pulteney 25 year old replaces the 21 year old in the core lineup, and costs $599. Old Pulteney 1983 Vintage is a limited-time-only release that'll set you back almost $1,000. Both are available in limited amounts—just 150 bottles of the 1983 Vintage are coming to the U.S.

Finally, Teeling's fourth Revival single malt is now available in Ireland and other markets outside the U.S. It was matured for 14 years in ex-bourbon casks and finished in Muscat port casks. Read on for full details. 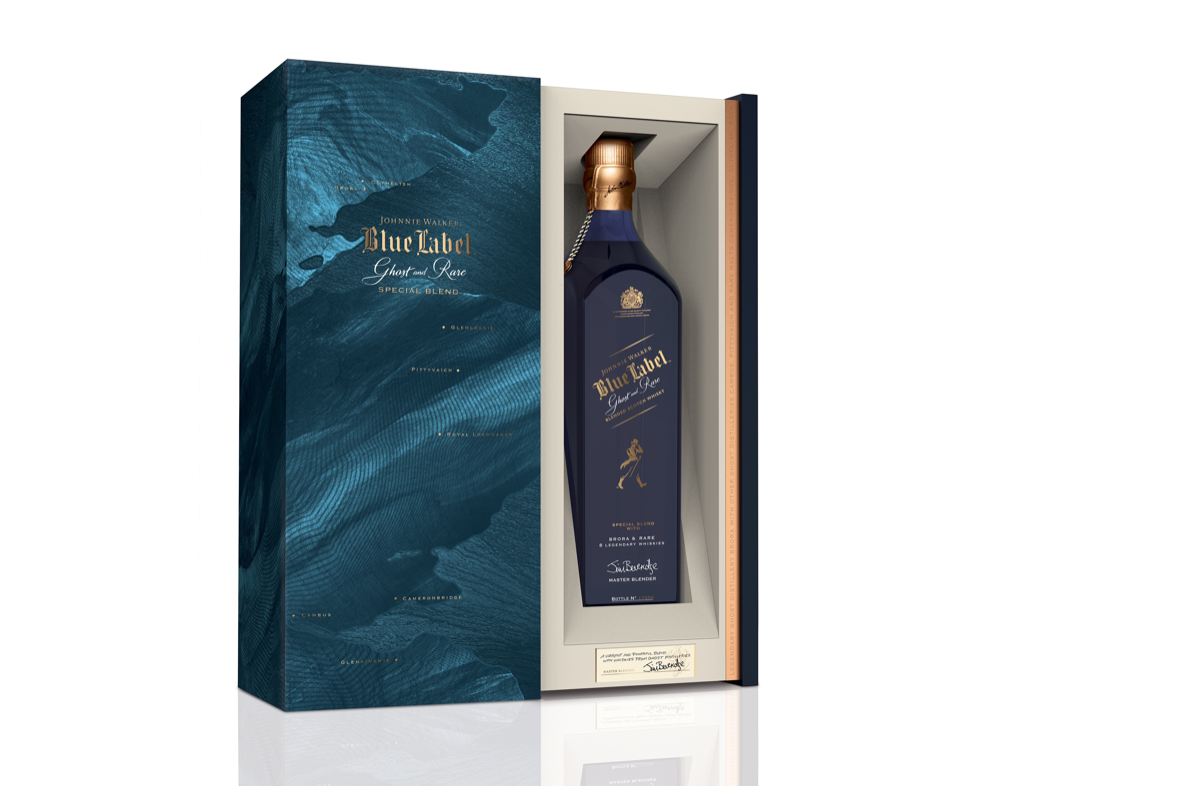 This new blend for Johnnie Walker Blue Label includes whiskies from three silent (aka "ghost") distilleries: Brora, Pittyvaich, and Cambus. The other malt and grain whiskies in the blend come from Clynelish, Royal Lochnagar, Glenkinchie, Glenlossie, and Cameronbridge.

While this whisky openly touts the whiskies from silent distilleries that are used in its blend, it's not unique in the practice. Many blended whiskies incorporate casks from distilleries that have closed. For example, if you've had Big Peat, then you've tasted Port Ellen. And some other Johnnie Walker blends have likely included Brora—we just haven't heard about it. (By the way, both Brora and Port Ellen are soon to be silent no more, as Diageo recently announced plans to rebuild and reopen both distilleries.) 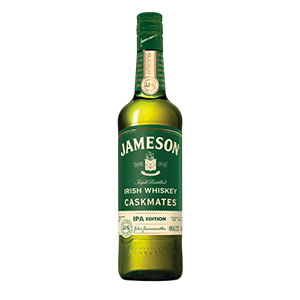 Caskmates was originally a limited-edition product, but has been so popular that it's now a core part of Jameson's lineup. The trend has staying power: many other distilleries also offer beer barrel-finished whiskies, from scotch to bourbon.

The 11th Orphan Barrel release is the first one to be made in Canada. This whisky was made from 97% corn and 3% malted barley at Crown Royal's Gimli distillery. It aged for 25 years in American oak barrels.

Diageo's Orphan Barrel series has been wildly popular in the three years since the launch of the first whiskeys, Old Blowhard and Barterhouse. The company has modified its messaging slightly with Entrapment. Rather than saying the barrels were "forgotten" in a warehouse, Diageo's statement about Entrapment is that "these barrels aren't necessarily forgotten, but instead not chosen for another blend becoming almost hidden treasures." In an age when nearly every whisky warehouse's inventory is organized using computers, the idea of any cask being forgotten seems pretty improbable—but it's certainly true that some casks get passed up for blending time and again, until they're so old and unique they get used in some other capacity. 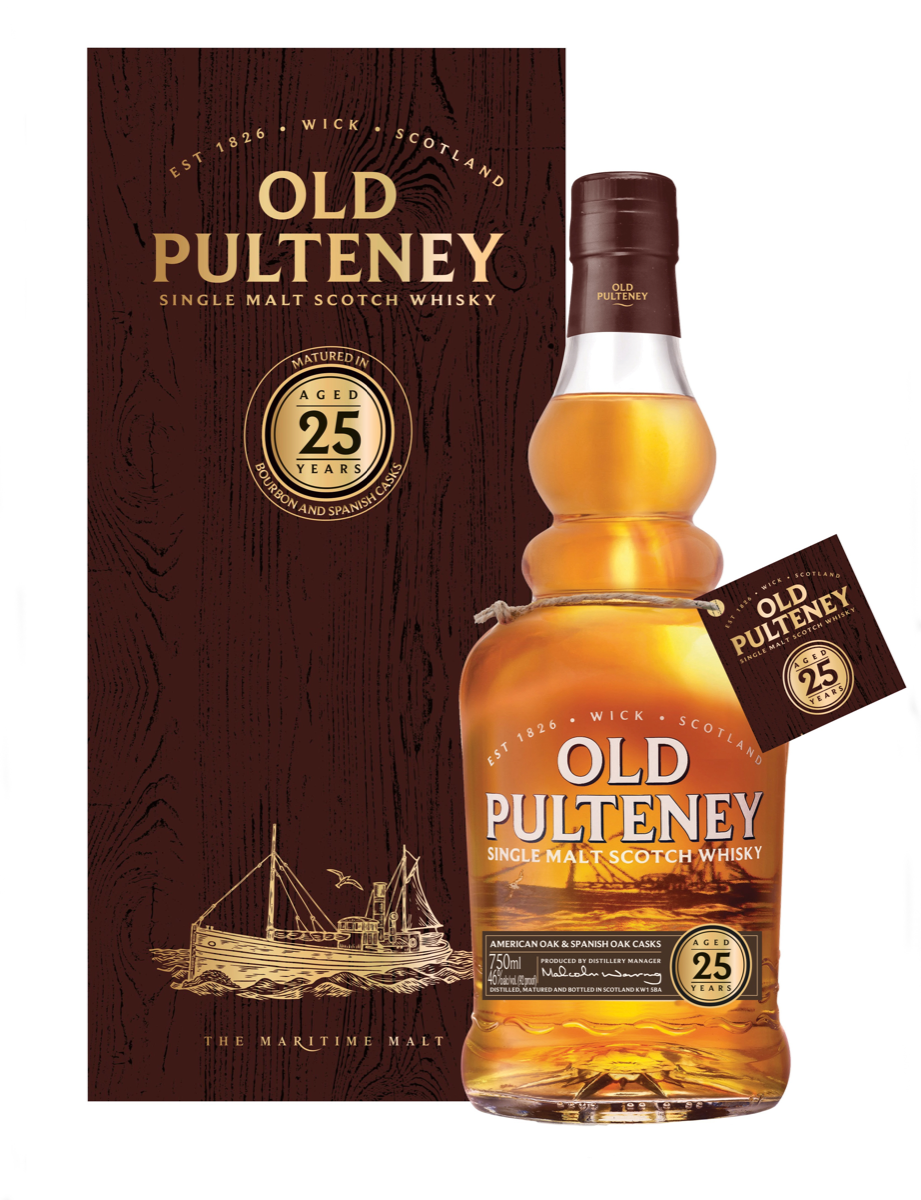 Availability: 450 bottles for the U.S.

Matured in both ex-bourbon and Spanish oak sherry casks, this 25 year old single malt replaces Old Pulteney 21 year old, which is being phased out. It will hit shelves in the first quarter of 2018. 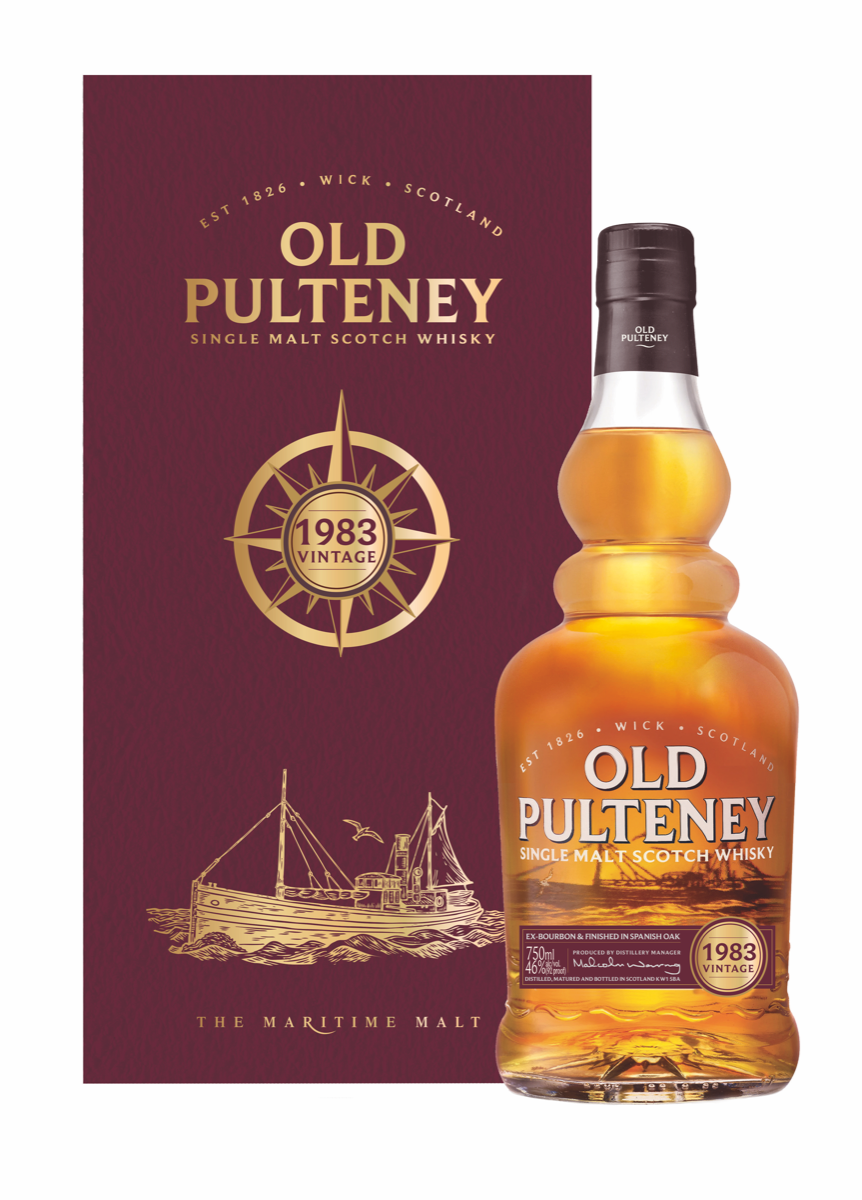 Availability: 120 bottles for the U.S.

Distilled in 1983 at Pulteney Distillery, this is a 33 year old single malt matured in ex-bourbon and Spanish sherry casks.

Both of these new releases from Old Pulteney are highly limited, with prices to match their ages and small quantities. The 25 year old will continue to be available from year to year, but the 1983 vintage is one and done. Get it while you can! 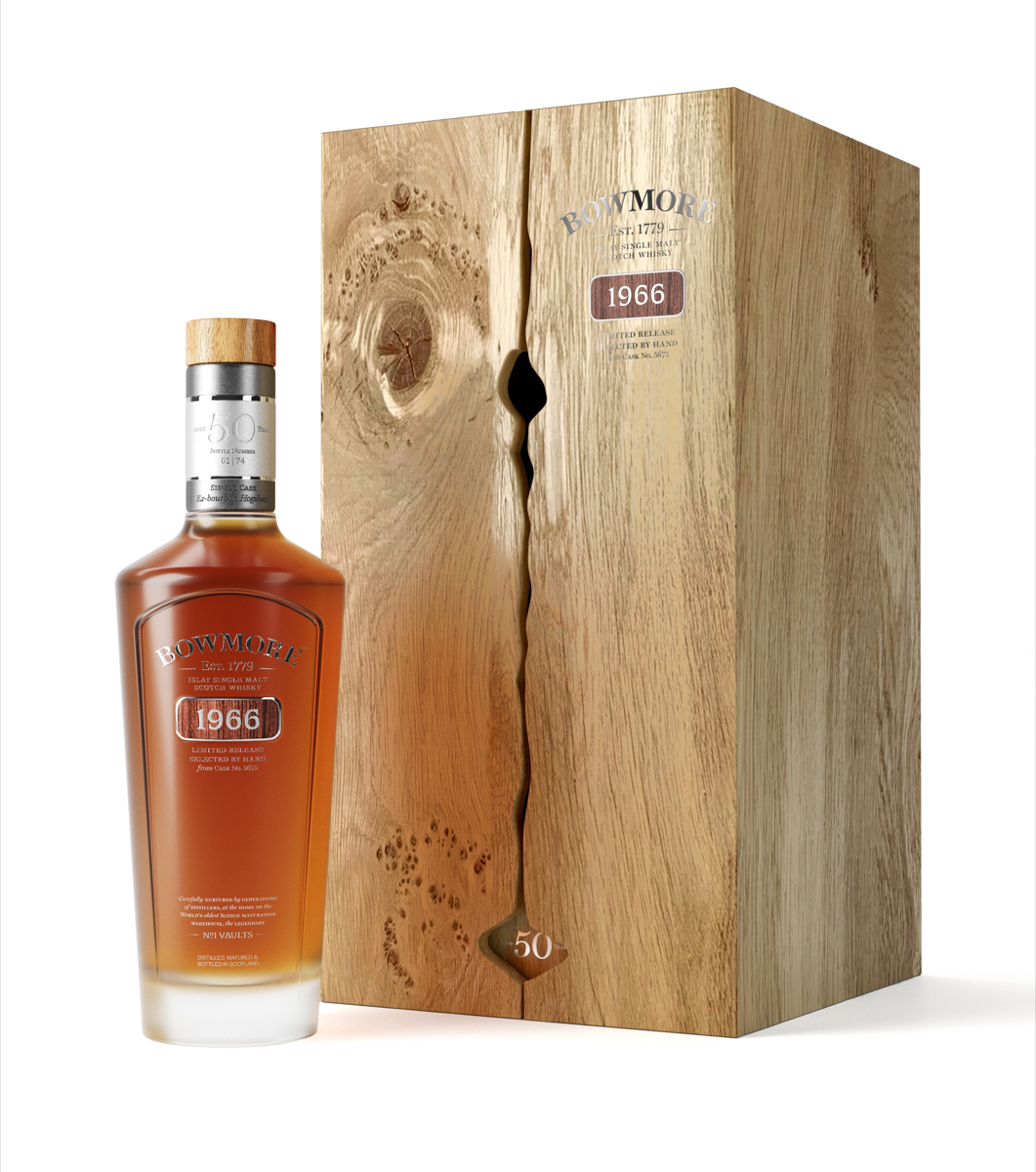 Availability: 74 bottles for the world

The third 50 year old whisky from Bowmore's Vaults Legend Collection, this single malt spent its whole life aging in the distillery's Islay warehouses. 1966 was the first year Bowmore was bottled as a single malt whisky, rather than part of blend.

Diehard Bowmore drinkers know how legendary the stuff from the 1960s is reputed to be—though unless you have big money these days, you'll be hard pressed to afford any. That said, there can't be much more of it left, so if you're ready to lay down the dollars, go for it—and tell us how it tastes. 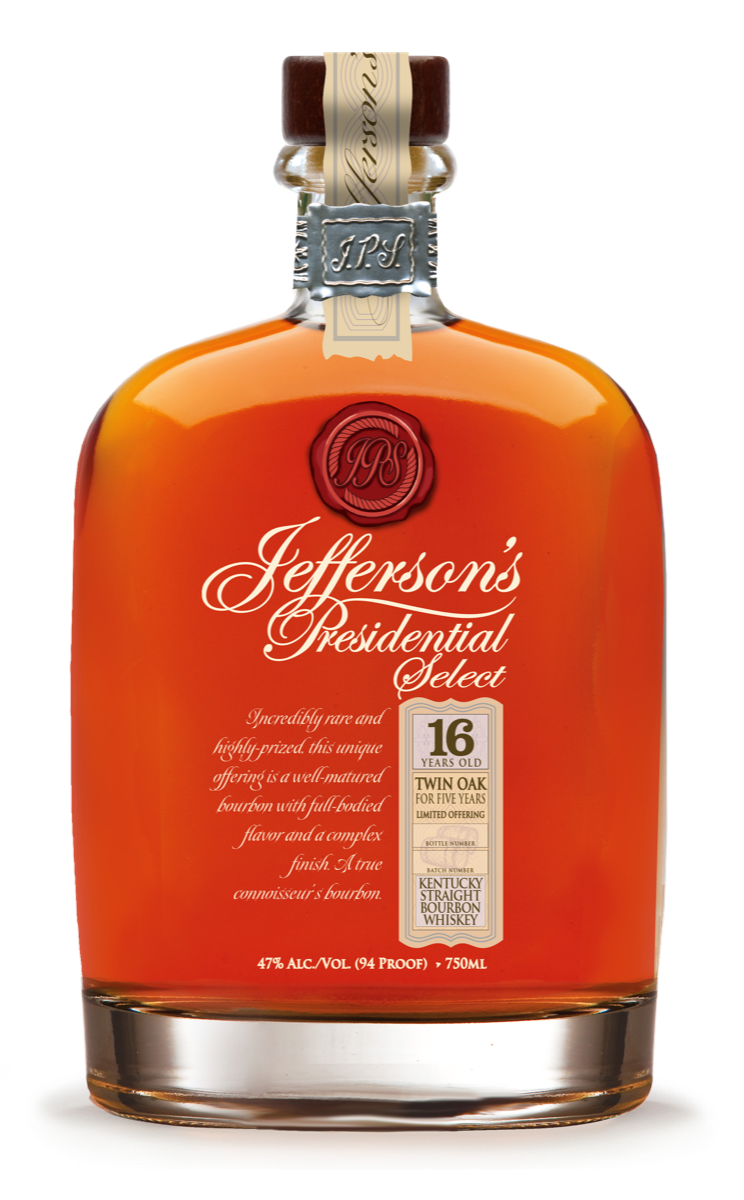 Jefferson's Bourbon, which is sourced from undisclosed Kentucky distilleries, tends to score very well around 17-18 years old. We look forward to seeing how this 16 year old holds up. 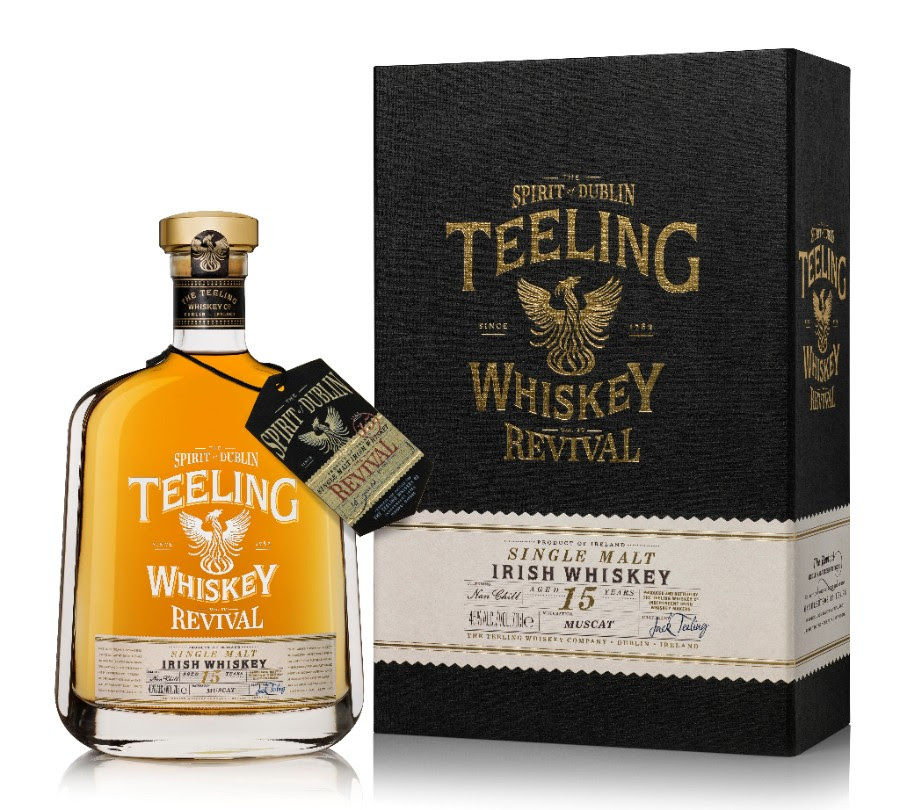 Availability: 10,000 bottles for the world

Teeling's Revival single malts are all sourced, celebrating the distillery's opening in 2015—the first new whiskey distillery in Dublin in over a century. The fifth and final Revival will launch in 2018, when Teeling's own whiskey comes of age. Sadly, this bottling is not available in the U.S.