Sci-fi and whisky never looked so good together. Johnnie Walker has announced a special edition Black Label, celebrating the upcoming release ofBlade Runner 2049. The futuristic bottle resembles that depicted in the originalBlade Runner, which has long been a visual and conceptual reference point for the genre at large. Between this,Old Forester Statesman, and GlenDronach Kingsman, it's a great time to be a whisky-loving cinephile.

Yamazaki is rolling out a splashy new whisky too, though this one is more out of reach for everyday drinking. Three years after it was last available—and four years after it was last for sale in the U.S.—Yamazaki Mizunara Cask has returned. If you have a grand to drop on unique Japanese single malt, this one should not be missed. Or if you have several thousand dollars more to spend, maybe you'd fancy The Dalmore 40 year old. There are only 750 bottles available, and at $7,500 each, they will be in demand only for a certain a kind of high roller.

Several annual releases are launching now. Dewar's is debuting a new 25 year old blended whisky this November. It will be available initially in New York City, Miami, and Los Angeles, eventually arriving in other states, and new batches will come out annually. Meanwhile, the 2017 release of Angel's Envy Cask Strength bourbon is rolling out—10,000 bottles are available this year. And Speyburn is adding a 15 year old single malt to its core range. The whisky is priced at a very reasonable $65 and will be limited to 21,000 bottles a year for the world.

Finally, Bladnoch's single malt whiskies are in the U.S. at last, nearly a year after launching in the UK. Samsara, Talia 15 year old, and Adela 25 year old join the distillery's Pure Scot blended scotch, which is also releasing a new Virgin Oak expression. Read on for full details. 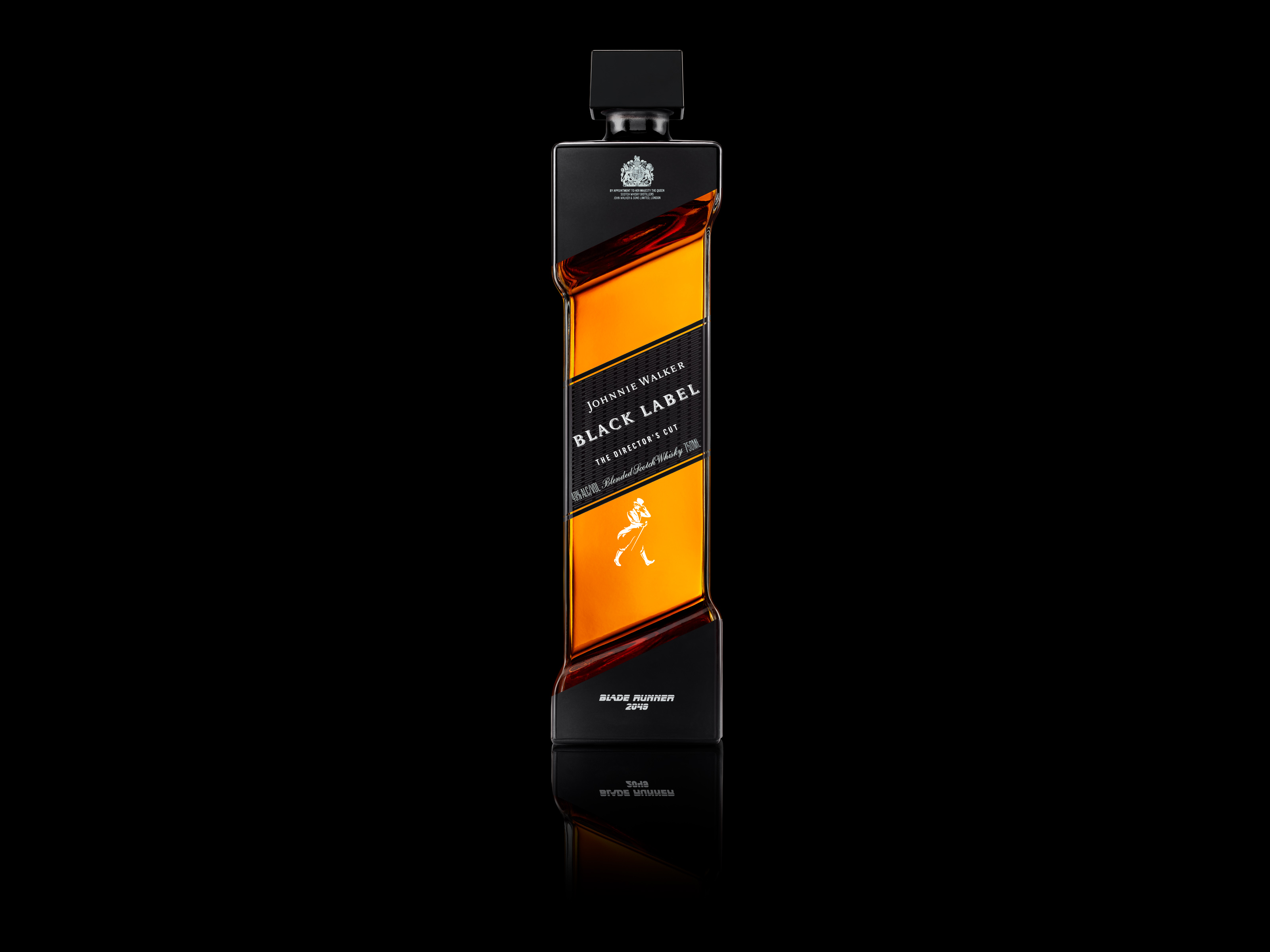 Fans of the Ridley Scott classic Blade Runner will remember the prominence of a futuristic Johnnie Walker bottle in the film. In honor the upcoming Blade Runner 2049, which opens on October 6th, Johnnie Walker has released this special-edition Black Label, which the official tasting notes describe as a "dark, rich, smooth blend, with clouds of smokiness and a touch of femininity."

If you love both whisky and movies, this is your moment. With Old Forester Statesman, GlenDronach Kingsman, and this Blade Runner Johnnie Walker, you've got a mini movie-and-whisky marathon on your hands. Now to find those nifty glasses Harrison Ford uses in the original film... 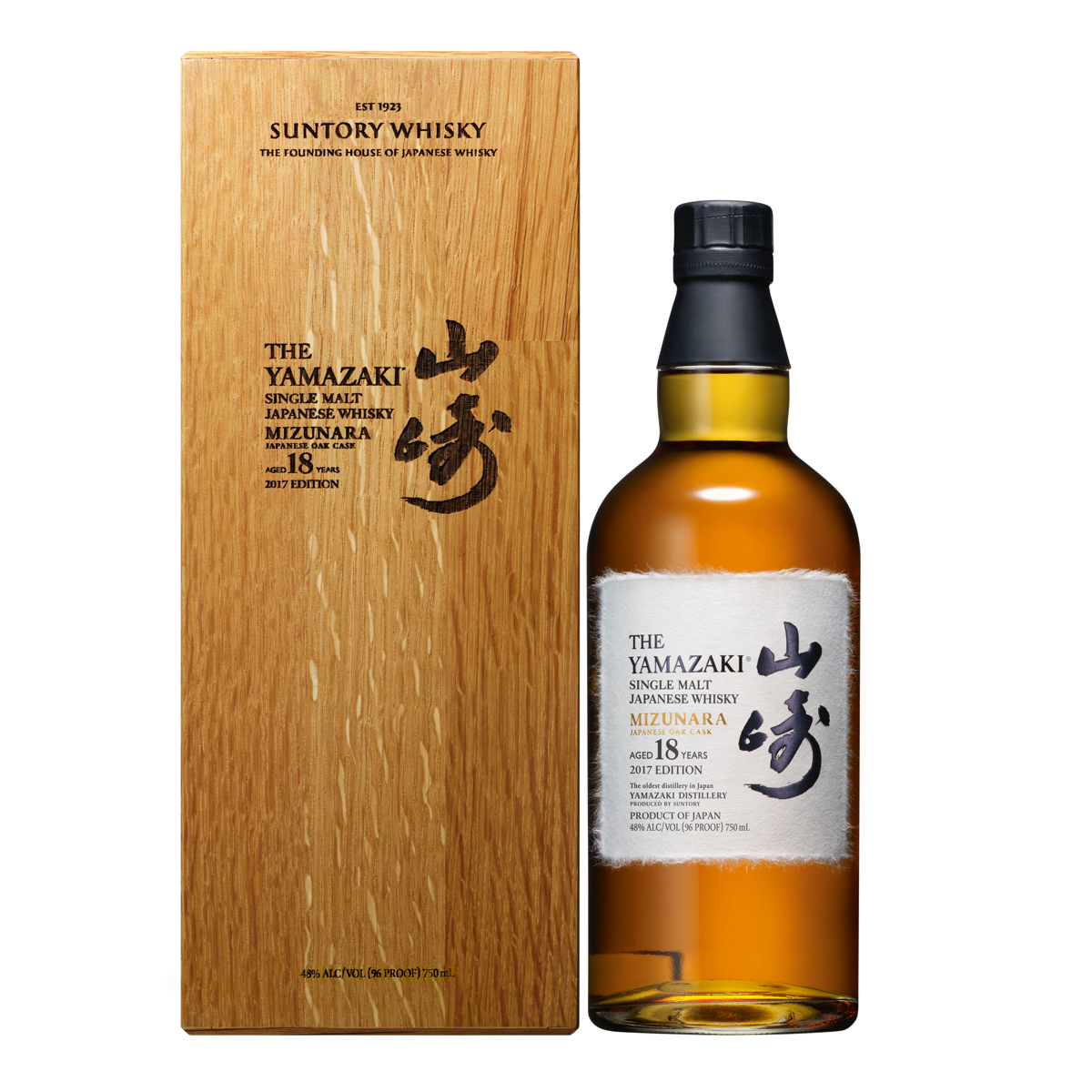 Availability: 5,000 bottles for the world

This is a Yamazaki single malt matured entirely in casks made of mizunara oak, a species native to Japan that's notoriously difficult to work with and expensive to procure. The youngest whisky in the blend is 18 years old, and the oldest tops out at 50.

Yamazaki released mizunara cask-aged single malts in 2010, 2011, and 2014 in Japan, and globally in 2012 and 2013. Like the past releases, this new whisky is extremely limited, and its price reflects that. If you've got the money to spend and want to taste a truly unique single malt, start calling specialist retailers to secure a bottle. And if you're curious about what mizunara oak so different from other oak types, we've got an article that answers that question. 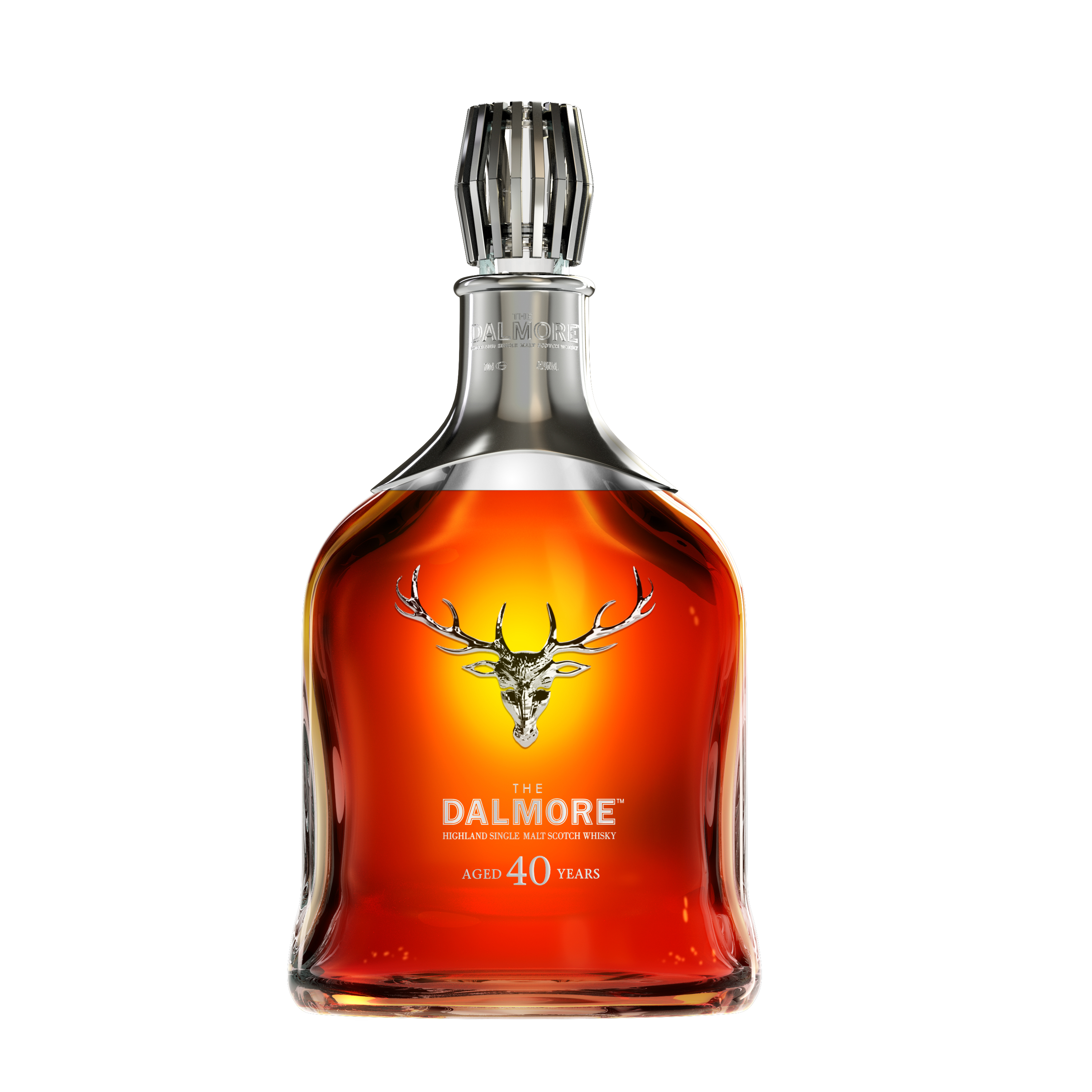 The last time Whisky Advocate reviewed a 40 year old Dalmore, it cost $3,000 and scored 92 points. With only 750 bottles available at the steep price of $7,500, very few whisky lovers will get to taste this one—but we're guessing it'll be a memorable experience. 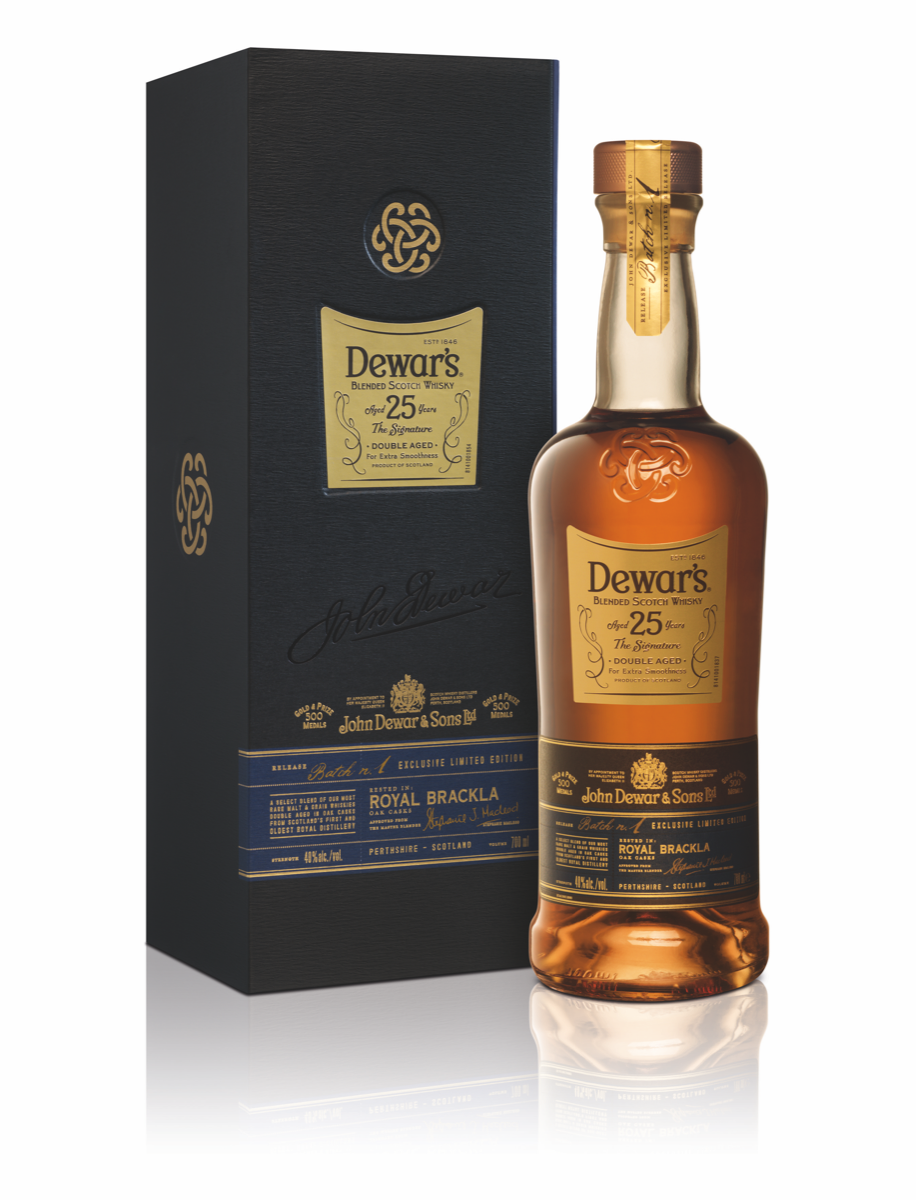 This is a limited-edition Dewar's blended whisky that has been aged for 25 years and finished for three months in ex-single malt casks from Royal Brackla Distillery.

Scotch-finished scotch? Why not? Dewar's is certainly taking a different approach here, albeit not too off the wall, considering that Royal Brackla is one of the component malts of the core Dewar's blend. 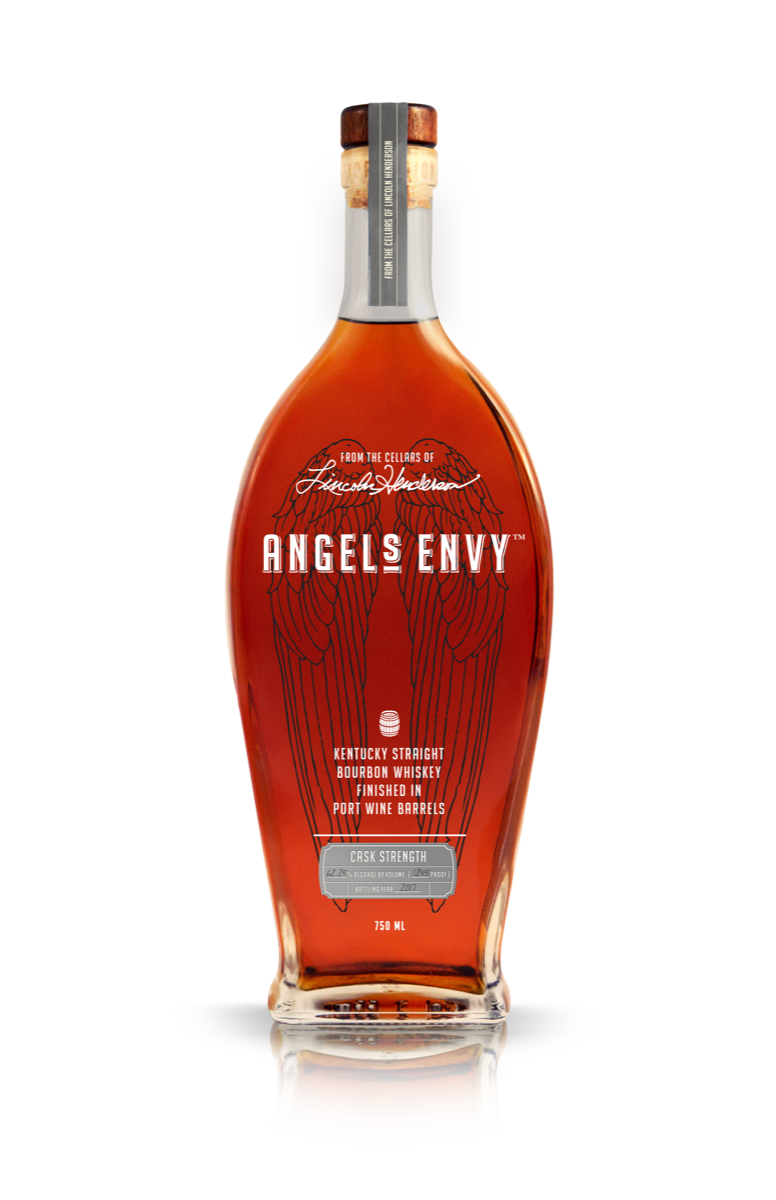 The 2016 release of Angel's Envy Cask Strength scored 87 points, but previous releases have scored 89 points (in 2012 and 2014) and 90 points (2015)—showing that no two releases are identical, but all are high quality whiskeys. 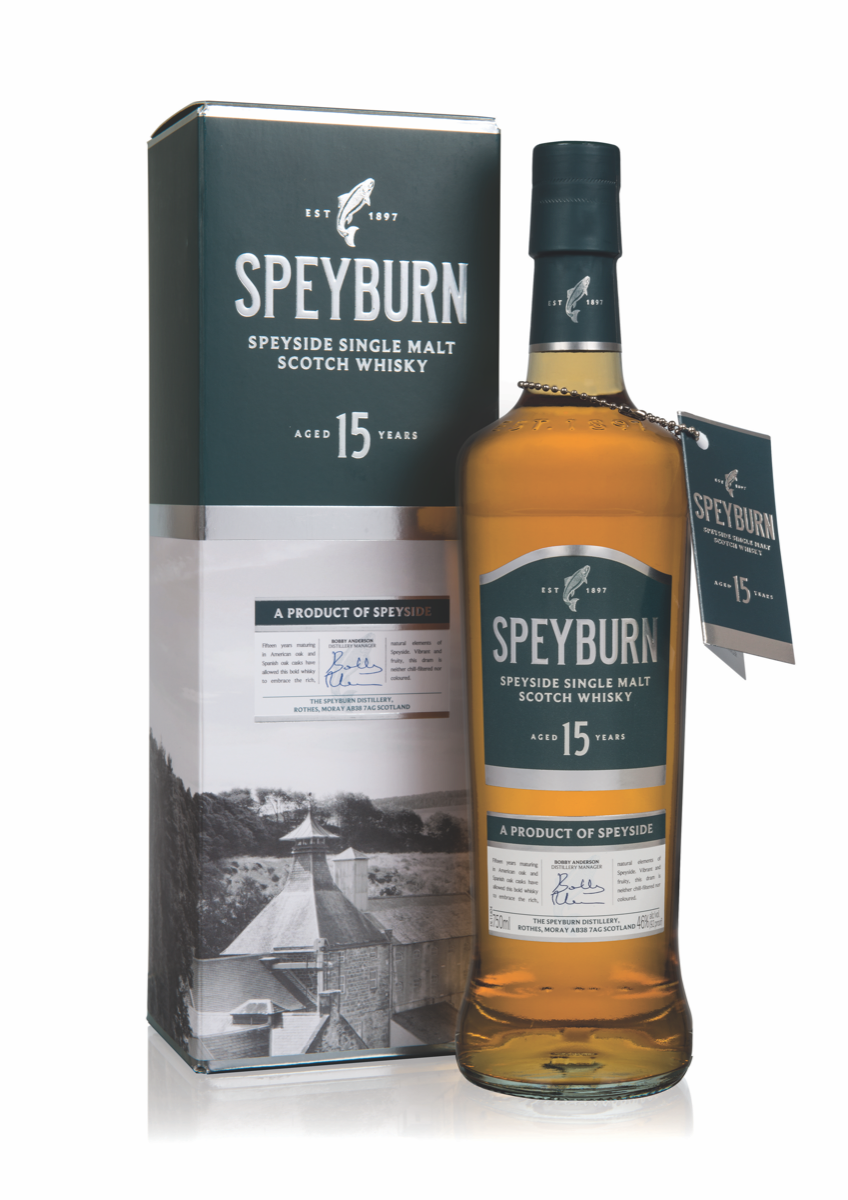 Availability: 21,000 bottles for the world

A brand new whisky from Speyburn Distillery, this 15 year old was matured in American and Spanish oak casks. It is non-chill filtered and natural color.

Speyburn's core range consists of two NAS single malts—Arranta and Bradan Orach—and a 10 year old. This 15 year old joins as a permanent, though limited, expression, and is also the first whisky in the lineup to receive all new packaging. 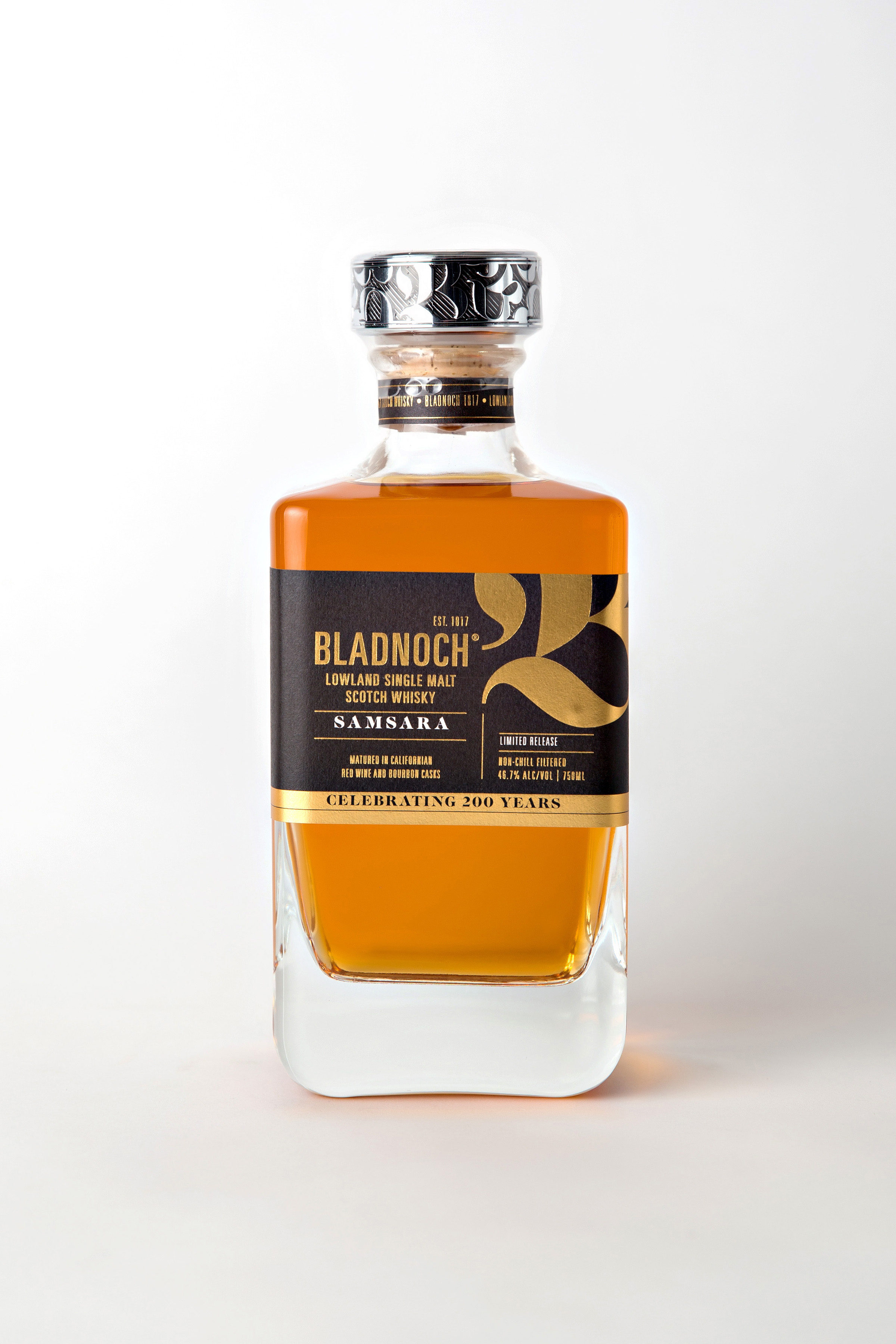 This NAS single malt celebrates the "rebirth" of Bladnoch Distillery. It was aged in California red wine and bourbon casks.

Samsara came out in the UK and other markets last year, and is now arriving in the U.S. Itscored 86 points in our Winter 2016 Buying Guide. 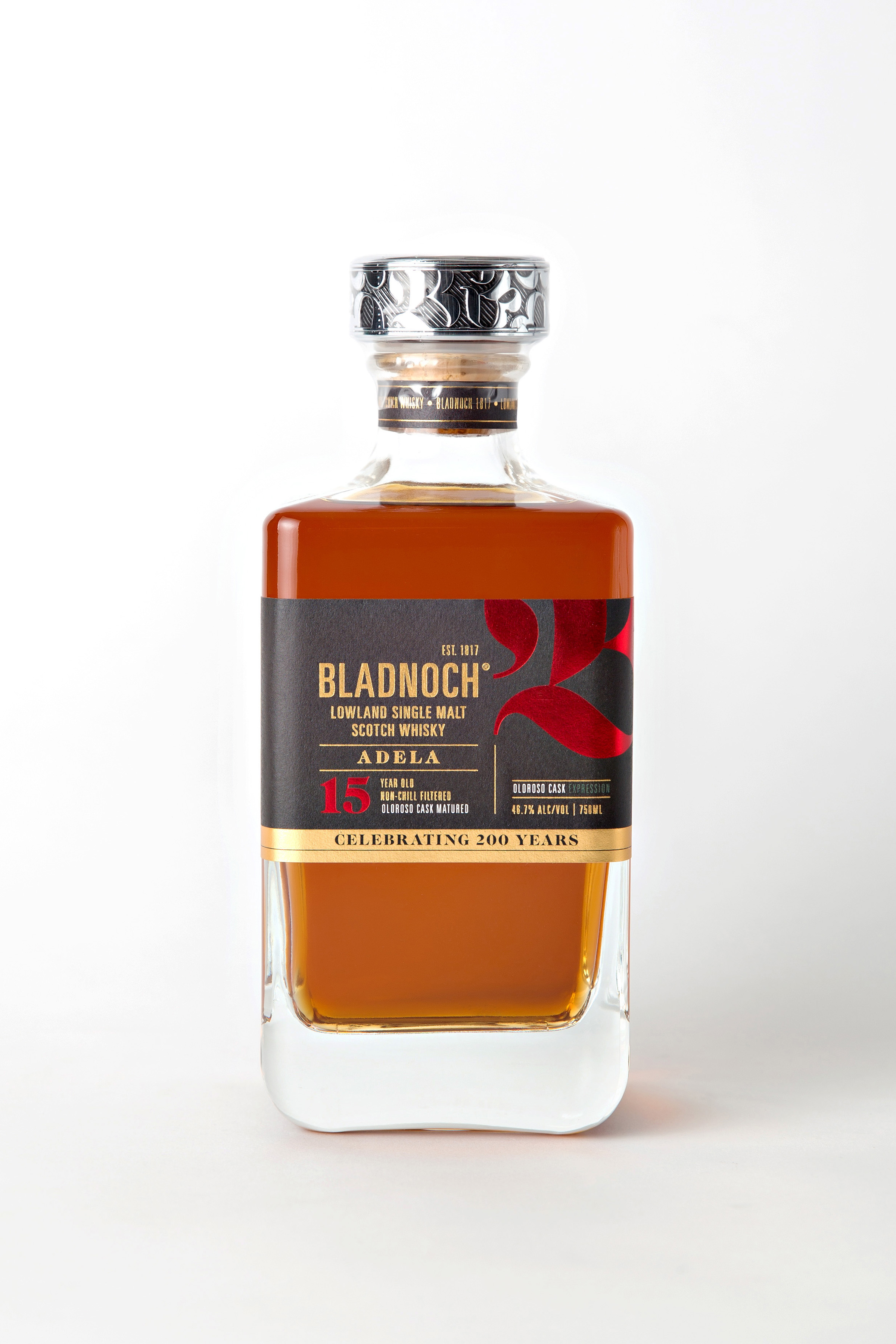 This single malt spent 15 years in an oloroso sherry cask and is bottled with natural coloring and no chill-filtering.

Adela scored 87 points in our Summer 2017 Buying Guide, with the reviewer noting flavors of spice, toffee, black currants, and licorice. 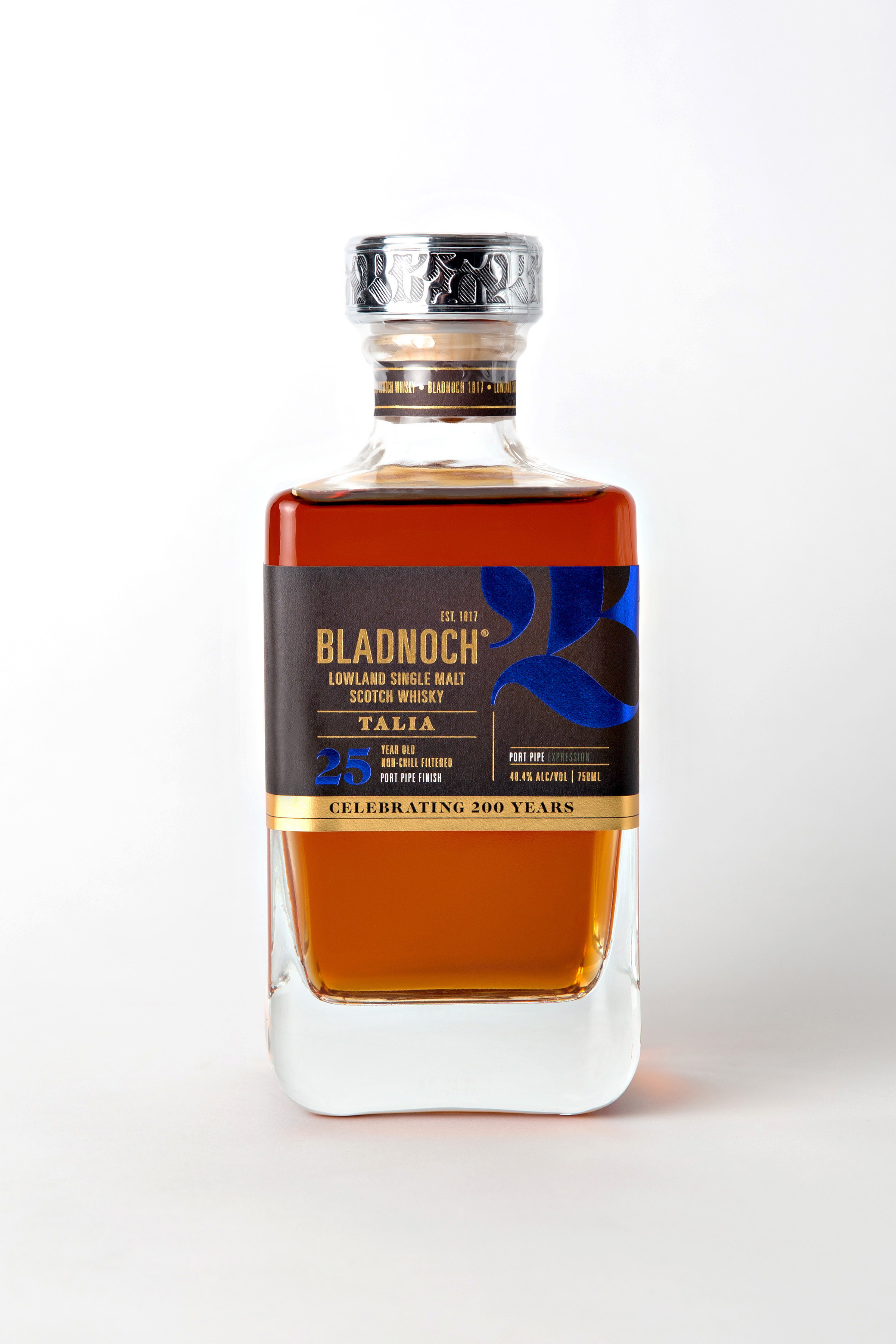 An earlier release of Talia 25 year old, which scored 88 points in our Summer 2017 Buying Guide, sold out very quickly. This new whisky, finished in a port pipe, will likely do the same, as only 1,200 bottles are available in the U.S.

Bladnoch Distillery has been through some ups and downs over the last couple of decades, and was mothballed from around 2010 until June 2017, when distilling started up again. These three single malts have been created from older stocks that had been aging in Bladnoch's warehouses. 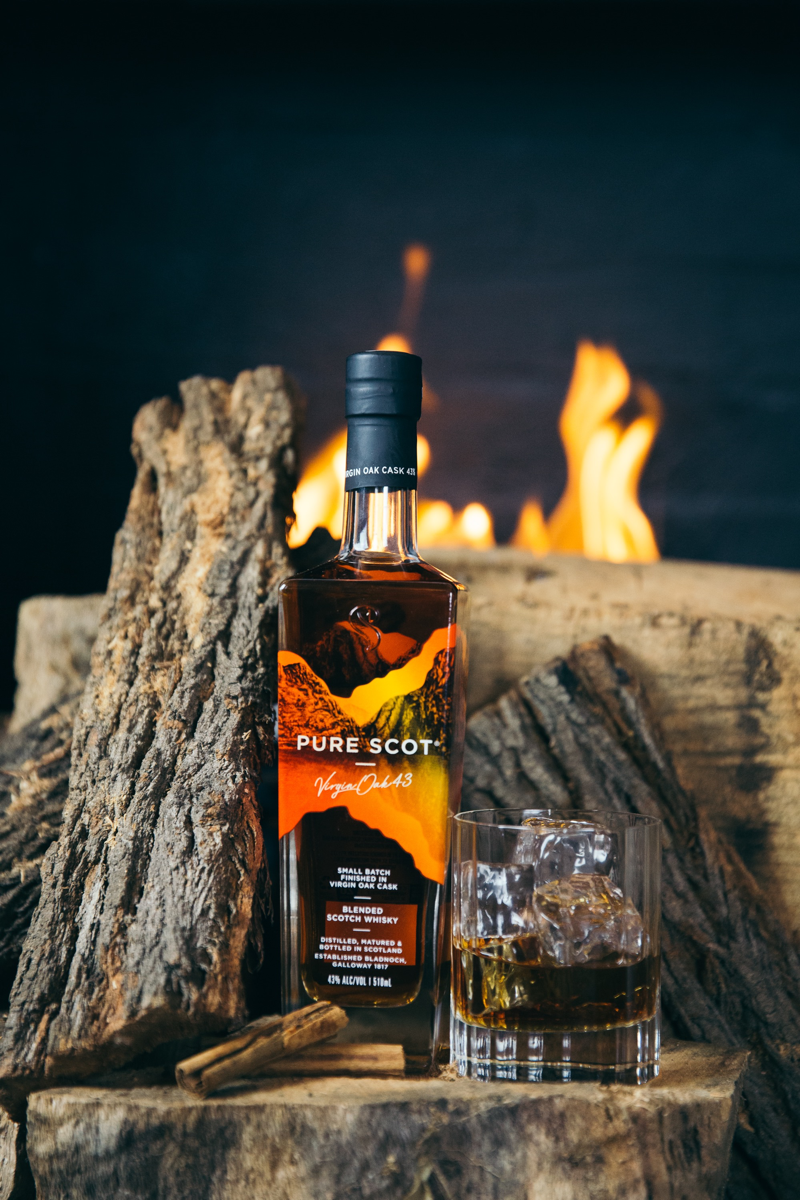 This blended whisky is created with Bladnoch single malt as its "heart malt," along with other malt and grain whiskies from around Scotland. After blending, it underwent a secondary maturation in virgin oak casks.

There are two pretty interesting things going on with this blend. First, its "heart malt" (the primary malt whisky component) is from the Lowlands, which has only a few distilleries and isn't often the featured malt in a blend. Secondly, it underwent a finishing period after being blended—an atypical step.