After decades of ambiguity, Japanese whisky is finally getting a definition—though it's not quite as clear-cut as it might appear. Catch up on the situation, then keep reading for this week's new whisky releases.

First up, Maker's Mark is rolling out the first of two 2021 limited editions in its Wood Finishing Series. FAE-01 is named for the stave used to finish the bourbon, which is priced at $60.

Michter's is releasing a new batch of its Barrel-Strength rye. The suggested price is $100, with limited amounts available.

The studio behind the film Archenemy is launching a bourbon, sourced from MGP. Archenemy straight bourbon is available online, priced around $49.

Finally, M&H Distillery is Israel has bottled an Islay cask-matured single malt for the U.S. There are just 229 bottles available, priced at $90. 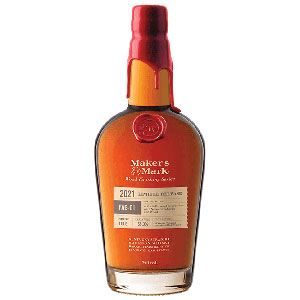 The first of two Wood Finishing Series bourbons that the distillery will release this year, this whiskey is core cask-strength Maker's Mark bourbon finished on American oak staves that are seared on one side and raw on the other. The two sides of the FAE-01 stave yield different notes—leather and tobacco from the charred side, and fruit from the raw side.

In 2021, there will be two Wood Finishing Series releases; the fall one, FAE-02, will offer complementary flavors to FAE-01. 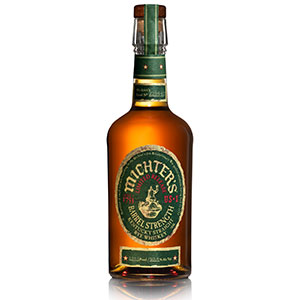 This is Michter's standard US*1 straight rye, offered at barrel proof rather than the standard 42.4% ABV.

Michter's last released a batch of Barrel-Strength rye in April 2019; that edition scored 92 points in the Whisky Advocate Buying Guide. 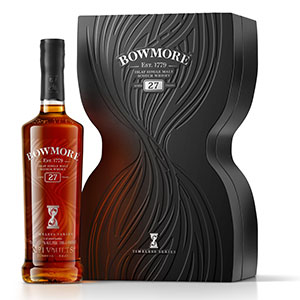 Initially matured for 15 years in a combination of sherry and bourbon casks, this whisky was transferred to first-fill oloroso sherry butts for another 12 years. 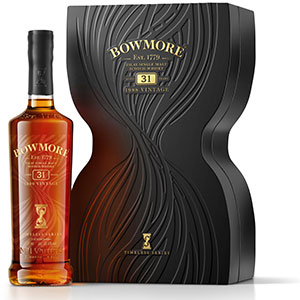 Availability: 3,000 bottles; for sale at Travel Retail only

After maturing for 29 years in bourbon casks, this whisky underwent a 2-year finish in Spanish oak matusalem sherry-seasoned butts.

Both of these whiskies come packaged in an hourglass-shaped box, which includes an actual hourglass inside. The buyer is encouraged to use it to measure out three full minutes for nosing the whisky in the glass.

To celebrate the release of these whiskies, Bowmore collaborated with filmmaker and artist Thomas Vanz on a short film about the power of time. 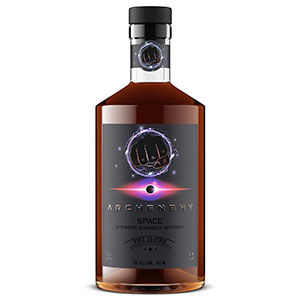 A combination of 8 year old and 5 year old bourbons distilled at MGP, this bottling comes from entertainment company Legion M and is inspired by its movie "Archenemy," which debuted in December 2020. It's for sale online only.

Whisky tie-ins with movies and TV shows aren't new: We've seen Game of Thrones scotch, Walking Dead bourbon, and even Ray Donovan whiskey. This isn't even the first interstellar-entertainment bourbon! That honor goes to James T. Kirk bourbon., followed by Montgomery Scott scotch, and even Predator bourbon. Oddly, the most whiskey-centric show hasn't done its own bottling—though you'll still want to pour a few fingers of something strong when you sit down to watch it. 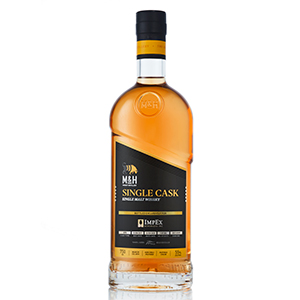 Availability: 229 bottles for the U.S. only

Made by Israel's M&H Distillery, this whisky was fully matured in an Islay scotch cask.

M&H debuted its first fully mature single malt in the U.S. in 2020 and it has come out strong. That whisky, M&H Classic, made the 2020 Top 20 list, and subsequent releases have scored well too. We recently spoke with Tal Chotiner, M&H's international head of sales, on #TasteWithSpace about how the Tel Aviv distillery has made such big strides in a short time.