The summer days are growing hotter and if you're like us, you're mixing some cocktails into your whisky regimen. But this week also brings a diverse array of options for those seeking a new dram to try neat.

Japan's Nikka Whisky is bringing their Nikka Days blend stateside. The 40% ABV whisky, priced at $50, is intended to be sipped during casual everyday drinking occasions, and available in a handful of states with expansion planned next year.

The second Booker's release of the year is here. Named "Boston Batch," it is limited and listed for $90.

Michter's is rolling out their 10 year old Single Barrel rye for $160. This will be the only release of the 10 year old rye this year, with limited availability.

Milk & HoneyDistillery in Israel has two new whiskies: their flagship Classic ($60) and the partially sherry-matured Elements ($70). Both are available in more than a dozen states.

Kilchoman has a 14 year old single cask on the way, that is one of—if not the—oldest releases from the Islay distillery. There are just over 200 bottles available in the U.S., priced at $220.

And finally, Garrison Brothers in Texas has a honey-infused bourbon coming later this month for $90. Currently available only at the distillery, the whiskey will be available nationwide in August. 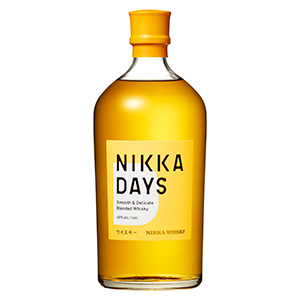 Japan's Nikka Whisky is bringing a new blend, Nikka Days, stateside with an emphasis on casual everyday sipping. The blend includes Coffey Grain Whisky andnon-peated Miyagikyo malts, along with a touch of Coffey Malt Whisky and Yoichi malts. The whisky is available in select markets with expansion planned in 2021.

Nikka Days was previously available overseas, but this summermarks its U.S. debut. Nikka deployed a similar rollout in 2018 for Nikka From the Barrel which went on to earn our top prize of Whisky of the Year. While that whisky, at 51.4% ABV, was a good deal stronger than Days, we are eager to taste the new release all the same. Look for a review in an upcoming issue. 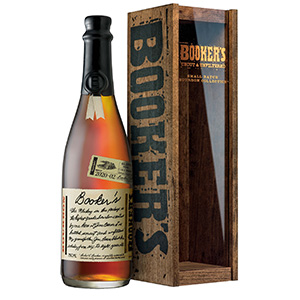 Following up 2020-01 "Granny's Batch," released in March, comes the second Booker's release of the year.

The name refers not to the city in Massachusetts, but Boston, Kentucky, home to the production site where Booker Noe first started his distilling career. Purchased by the James B. Beam Distilling Co. in the early 1950's, and used for mass-scale production, the facility, now known as the Booker Noe Distillery, was later removed from day-to-day operations, allowing Booker to experiment more. Legend has it that if you were looking for Booker, you'd find him in Boston.

While each batch of Booker's is distinct in its own way, they are consistently high quality with "Granny's Batch" scoring 93 points in the Summer 2020 Buying Guide. We look forward to trying "Boston Batch" and seeing how it compares. 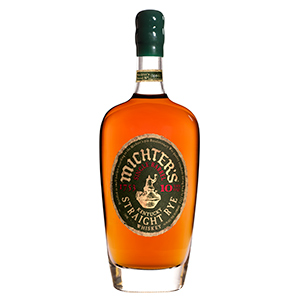 Michter's is releasing their latest 10 year old Single Barrel rye, which will be the only such release for 2020. 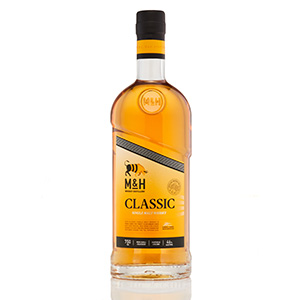 The flagship single malt from Tel Aviv's M&H Distillery, this whisky was matured in both bourbon and STR (shaved, toasted, re-charred) casks. It's non-chill filtered and certified kosher. 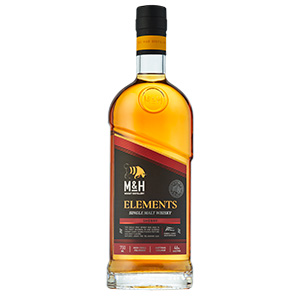 Made at Tel Aviv's M&H Distillery, this is the first single malt to be matured in kosher sherry casks—in this case, oloroso and Pedro Ximénez sherry—as well as bourbon casks.

While some folks who keep kosher (including some rabbis who rule on what is or isn't kosher) hold that all whiskies are kosher, others have divergent opinions about whiskies matured in wine casks, including sherry casks. M&H Distillery had its sherry casks custom-made and seasoned in Jerez under kosher certification guidelines, making this sherried single malt a true first.

Not many distilleries go through the rigorous steps of producing kosher whisky, although there are a few in addition to M&H. Scotland's Tomintoul Distillery offers a whole range of kosher single malts, and Buffalo Trace recently launched three kosher American whiskeys—two straight bourbons and a straight rye. 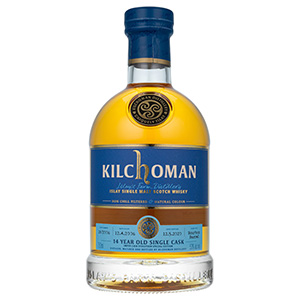 Availability: 208 bottles for the U.S. only

One of the earliest Kilchomans ever put into cask, in 2006, this single bourbon barrel yielded just 208 bottles. They're all coming to the U.S. via ImpEx Beverages, which is celebrating the 10th anniversary of its importing relationship with Kilchoman.

In addition to the regular Kilchoman lineup, ImpEx brings in several special releases from the distillery each year, including its Cask Evolution series (93 points for the recent single sherry cask and 92 points for the 11 year old single bourbon cask) and USA Small Batch series (92 points for the first release and 91 points for the second release). As you can see, these bottlings typically score well. Kilchoman makes excellent whisky, and ImpEx seems to pick the best. Expect this 14 year old—the oldest Kilchoman ever bottled—to go fast. 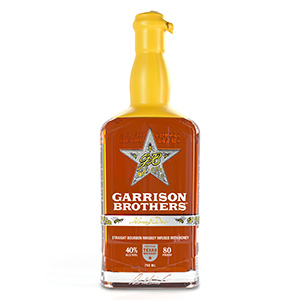 The base whiskey in HoneyDew is Garrison Brothers Small Batch Bourbon. Master distiller Donnis Todd emptied the bourbon into stainless steel tanks to mellow for 7 months, and then sawed the barrels the bourbon aged in into cubes. The cubes were immersed in Burleson's Texas Wildflower Honey, and then infused with even more honey by Matt Albrecht of River Drive Cooperage, using a technique called "Fiber Infusion Technology." Todd then immersed the cubes in the bourbon daily for 6 months using a cheesecloth to infuse the honey from the wood into the liquid.

HoneyDew will be available nationwide in August, but Garrison Brothers is holding a drive-thru release at its Hye, Texas distillery on July 18.

Though the infusion of honey technically makes this a flavored whiskey, Garrison Brothers describes HoneyDew as a honey-infused bourbon. This sets it apart from some of the well-known honey-flavored whiskeys such as Jack Daniel's Tennessee Honey and Jim Beam Honey—which both use honey liqueur and fall below the 40% ABV minimum for bourbon and American whiskey.