If you prefer your whisky unadulterated, however, there are plenty of new releases free of animal products. Nikka is offering a pair of single malts, one each from its Miyagikyo and Yoichi distilleries, blending whiskies from the 1960s through today. Priced at $3,500, there are just 70 bottles of each variant coming to the U.S.

Laphroaig is launching a new series of well-aged single malts in honor of former distillery manager Ian Hunter, starting with a 30 year old aged in bourbon barrels. The whisky is priced at $1,250, with limited amounts available.

Israel's M&H Distillery is debuting in the U.S. with two single malts—one peated, one not—under the label Whisky in Bloom. The whiskies are priced at $55, available in limited amounts with expansion planned.

Independent bottler The Perfect Fifth is launching in the U.S. with four single cask scotches: a 42 year old Cambus single grain, and well-aged single malts from Highland Park, Glen Scotia, and Springbank. Prices range from $850 to $3,500, with only a few hundred bottles of each whisky, at most, available.

Pennsylvania's Wigle Distillery is releasing a 5 year old bottled in bond rye. Just 250 bottles, priced at $75, are for sale.

Finally, Virginia Distillery Co. (VDC) has bottled the second whisky in its Journey Cask Collection, a single-cask single malt from The English Whisky Co. Priced at $125, the whisky is for sale primarily at VDC's tasting room.

12/17/19: This article has been updated to reflect new information about the age of M&H's whiskies6 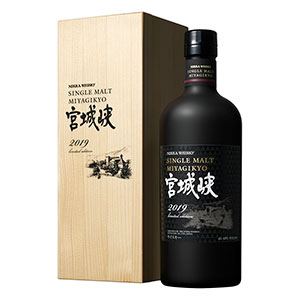 Availability: 70 bottles available in the U.S.

Created in honor of the 50th anniversary of Miyagikyo Distillery, this single malt contains whiskies from the 1960s, '70s, '80s, '90s, and 2000s, including some of the first whisky distilled there. 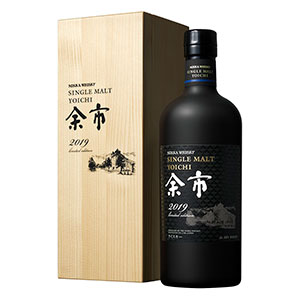 Availability: 70 bottles available in the U.S.

Made at Miyagikyo's sibling distillery, Yoichi, this single malt also includes whiskies from the 1960s through the 2000s. It has a peatier character than Miyagikyo.

While Miyagikyo opened in 1969, its older sibling, Yoichi, was founded in 1934; each distillery creates whiskies of very different character from the other, and that's by design. Founder Masataka Taketsuru—often called the "father of Japanese whisky"—wanted to create a broad range of whiskies that could be used widely in blending. Nikka has found great success in this area; its blending prowess is on full display in Nikka From The Barrel, our 2018 Whisky of the Year. 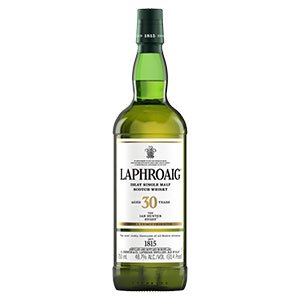 Laphroaig is launching a new whisky series called The Ian Hunter Story, honoring the last member of the founding Johnston family to manage the distillery between 1908 and 1944. "Book One" is a 30 year old cask-strength single malt matured in first-fill bourbon barrels. The bottle is packaged in a book-style box.

The 2002 release of 30 year old Laphroaig was only $225 (those were the days), but it's not surprising to see how much the price has gone up 17 years later—that's the trajectory of single malt scotch. Considering how much other distilleries are selling their 30-ish year old whiskies for (see below), you could do much worse, price-wise. 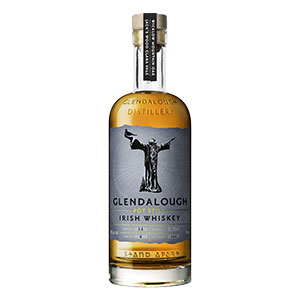 The first single pot still whiskey from Glendalough (distilled at West Cork), this whiskey was matured in bourbon casks and finished in virgin casks made of Irish oak. It is bottled as a single-cask whiskey, with each bottle indicating the cask and even the individual tree that supplied it. 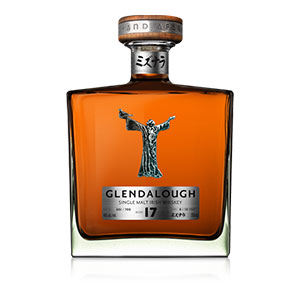 Matured first in bourbon casks for 15 years, this single malt whiskey then spent two years finishing in virgin mizunara oak casks. There will be 6,000 bottles (include 3,000 for the U.S.) released per year for the next four years. 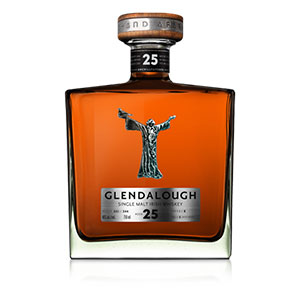 Matured for 15 years in bourbon casks and a further 10 years in oloroso sherry casks, this single malt then underwent a finishing period in virgin Irish oak casks.

Glendalough opened its distillery in 2011 and, until recently, was making primarily gin. It has begun distilling single pot still whiskey in house, however. (Its current single pot still stocks were all made at West Cork Distillers.)

Glendalough has also invested in using Irish oak for maturation, something that's been done by only one other whiskey maker—Ireland's pre-eminent distillery, Midleton, in its Dair Ghaelach series. Those are rather expensive offerings, while the new single pot still from Glendalough, finished in Irish oak, is priced within reach of many additional curious drinkers. Incidentally, Glendalough announced this week that it has been fully acquired by Canada's Mark Anthony Brands, which means more capital to make whiskey. I expect we'll be seeing much more from the distillery going forward. 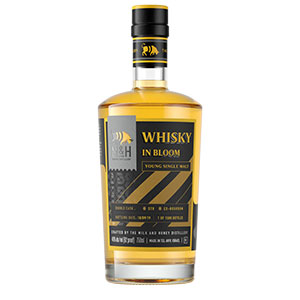 Made at M&H (Milk & Honey) Distillery in Tel Aviv, this whisky matured for just over two years in bourbon and STR (shaved, toasted, and recharred) wine casks. 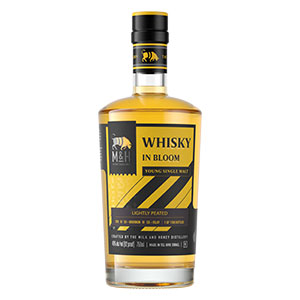 Like its unpeated counterpart, this whisky was made at M&H and aged for 2 years. Its cask makeup, however, includes not just bourbon and STR casks, but Islay whisky casks, which lend a light peatiness to the whisky.

Israel's first whisky distillery, M&H opened in 2012 and has previously released a few single malts in other markets. This is the first time it is exporting the whisky to the U.S. M&H labels these expressions as "young single malt," acknowledging that it plans to continue maturing its whiskies for longer periods of time. The distillery has an advantage, however: the hot and humid climate of Tel Aviv. This type of environment promotes interaction between the liquid and the cask, as well as evaporation leading to oxidation; the result is that whisky achieves mature flavors quicker. (If you've had whisky from Taiwan or India, you've already experienced this type of maturation in the glass.)

These whiskies are both certified as kosher and available only in the U.S. 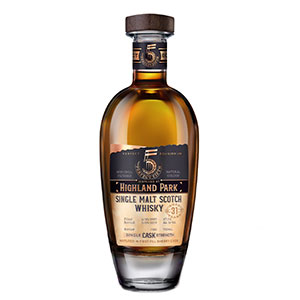 Availability: Limited edition; for sale in Los Angeles and online

A new independent bottler headed by CEO Karl Schoen, The Perfect Fifth aims to select whiskies that capture nostalgia and the flavors of single malt from past generations. The first four releases include:

"The Perfect Fifth" is a play on words, referring to both the musical chord and the 750-ml bottle, also called a fifth. Each of these whiskies is packaged in a bottle within a miniature cask. The prices are a reach for almost all drinkers, but these types of single casks can be great if you're looking for a special scotch, especially one distilled within a particular year, to mark a birthday or anniversary. 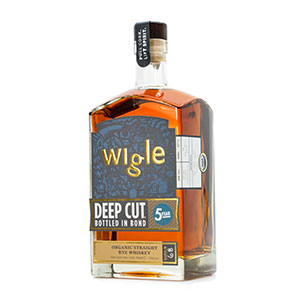 The first bottled in bond whiskey from Wigle, this was made from organic rye and aged for 5 years—one year longer than the required 4-year aging period for bottled in bond.

While for sale primarily in Pennsylvania (in some stores and at the distillery), this whiskey can be shipped where legal. The current release is tiny, but Wigle has plans to continue putting out bottled in bond rye as it comes of age. 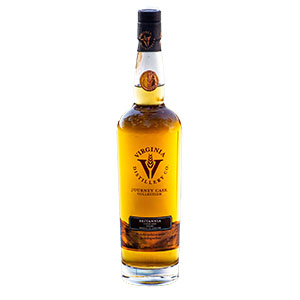 Availability: 243 bottles; available at the distillery and online

Made at The English Whisky Co. in Norfolk, England, this cask-strength single malt was aged in a bourbon cask. Virginia Distillery Co. (VDC) bottled it as part of its Journey Cask Collection, which celebrates the late founder Dr. George Moore and important themes in his life and career. In this case, VDC partnered with The English Whisky Co. thanks to their shared values as family-founded companies.