Getting your hands on whiskeys from your favorite Kentucky distillers just became much simpler—at least for some Americans. A new state law now allows distilleries, along with wineries and breweries, to ship directly to in-state residents, as well as states with reciprocal agreements (currently Alaska, Arizona, Connecticut, Hawaii, Nebraska, Nevada, New Hampshire, North Dakota, and Rhode Island, plus Washington, D.C.). That means that even if you can't get to a distillery for a special release, you could potentially have a bottle delivered to your doorstep.

This is all thanks to Kentucky House Bill 415, which was passed in April 2020 and went into effect in December. Prior to that, Kentucky residents largely couldn't receive alcohol shipments from out of state, and there were heavy restrictions on beer, wine, and spirits shipments from Kentucky to other states. While limitations remain under HB 415, the bill is a significant step forward in opening access to Kentucky's whiskeys—especially at the craft end.

“We're thrilled to finally have parity with wineries in the ability to reach new consumers directly,” says Jay Erisman, who's the vice president and head distiller at New Riff Distilling in Newport, Kentucky. “[HB 415] effectively expands the reach of our gift shop and allows us access to consumers we might not get to in the course of our normal distribution.” Despite his optimism about the new law, Erisman says that New Riff won't start direct-to-consumer (DTC) shipments just yet; the distiller is hoping a few more states will follow in Kentucky's footsteps and open their borders to spirits shipments first. 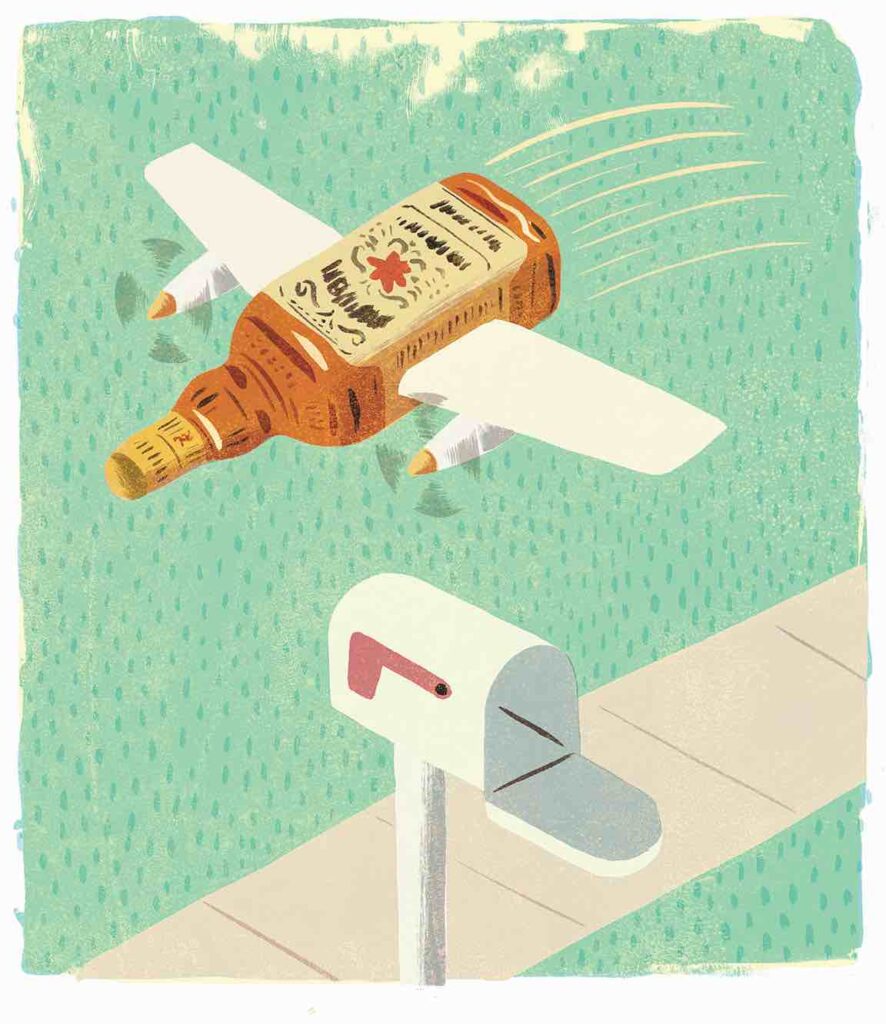 New Riff's founder, Ken Lewis, notes that the biggest beneficiaries of HB 415 are craft distillers, who can now sell whiskey even in places where they have no existing distribution. Larger producers, New Riff included, are likely to offer only limited-edition or rare whiskeys for DTC—the kinds of bottles that wouldn't normally make it onto crowded store shelves.

For larger producers like Heaven Hill Distillery—which fills 1,300 barrels of whiskey every day—DTC shipping will be less important than for craft distillers, mainly because its whiskeys are widely available already. “We'll continue to sell our rare expressions and limited bottlings, like Parker's Heritage Collection and our Old Fitzgerald Bottled in Bond series, through our distributor partners, and customers can expect to find expressions with a much more limited volume [like Heaven Hill 13 year old Single Barrel, bottled for the distillery's 85th anniversary] at our visitor centers and select Kentucky retailers,” says vice president Susan Wahl, who oversees the company's American whiskey portfolio. “The majority of Heaven Hill's bourbon sales still happen at the retail level … and we don't see that changing even with the advent of DTC sales. Craft distilleries were hit the hardest by the pandemic and will benefit the most from this type of legislation, as it provides them with the opportunity for a direct revenue stream and higher [profit] margins.”

Among the craft distillers ready to jump into DTC shipments is Danville, Kentucky-based Wilderness Trail. A newer player on the scene, Wilderness Trail released its first whiskeys in April 2018 and currently offers three bourbons and a rye in its core range. With the new legislation enacted, the distillery is looking to expand its reach and explore more limited offerings.

“The law truly expands the accessibility of those special offerings to more ambassadors than those that visit the distillery's visitor center,” says Wilderness Trail co-founder and distiller Shane Baker. “We often produce variants of our mashbills and experiment around with different yeast, barrels, and grains. They're not enough to ask for precious shelf space, as they're limited editions, but they pair well with the new law in how they both would be more on the limited side,” given that there's currently only a small number of reciprocal states, and there would only be a finite amount of special releases available.

In California and other states, small wineries have been offering DTC shipping and private-member clubs for years as a way to get their bottles into the hands of fans while also turning a profit, and Wilderness Trail is hoping to find similar success with its whiskeys. “I would say any craft distillery has run the numbers on selling whiskey out of their gift shop in percentages, like some wineries do,” says Baker. “For those that may struggle with obtaining distribution, this is their new channel to grow their brand on their terms, and likely with success, as more and more online models form to capitalize on this.”