With one of Japan's most legendary distilleries being revived, there'll soon be new whisky on the way—but we don't have to wait. Plenty of bottles are hitting shelves right now!

First up, GlenDronach is launching a new expression of Port Wood as part of its core lineup. The whisky is priced at $90 and widely available.

Jack Daniel's has announced its 2020 limited-edition single barrel, this year a barrel-proof rye. Priced at $65, the whiskey is available in limited amounts.

The Spot Whiskeys range has a new member, Blue Spot, a 7 year old cask-strength single pot still whiskey. U.S. pricing hasn't yet been set, but it will likely be around $95, with the whiskey widely available.

Heaven Hill has bottled a 13 year old single-barrel bourbon to celebrate its 85th anniversary. The whiskey is extremely limited, with just 146 bottles for sale mainly at the visitor center, and priced at $300.

Chicken Cock is releasing its oldest whiskey to date, a 15 year old bourbon. Priced at $300, there are 1,300 bottles available.

Writers' Tears has a new look and is debuting it with the 2020 release of its cask-strength expression. There are 3,000 bottles, priced at $145 in the U.S.

Mic Drop, bottled by PM Spirits, is rolling out its first rye, a 6 year old distilled at Wilderness Trail. The whiskey is priced at $85 and available in limited amounts.

Belfour Spirits is launching a limited-edition rye made in North Carolina. The whiskey is priced at $99 and available in a handful of states.

Four Gate is releasing Split Stave rye, a follow-up to its Split Stave bourbon. There are just over 2,400 bottles available, priced at $185.

Catoctin Creek is offering a rye finished in its own peach brandy barrels. The limited-edition whiskey is priced at $46, with 540 bottles available.

Finally, New Hampshire's Tamworth Distilling has concocted a whiskey distilled with venison and aromatics. The flavored whiskey, called Deer Slayer, is priced at $65 (200 ml.) and for sale online. 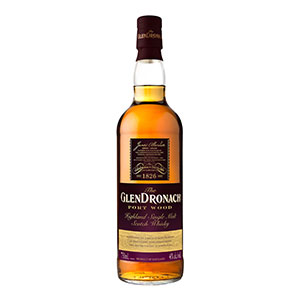 Initially matured in PX and oloroso sherry casks, this whisky was finished for over 3 years in ruby and tawny port casks.

While GlenDronach released a limited-edition 10 year old Port Wood expression (90 points) in 2019, this new release will be a permanent part of the range going forward. Master blender Rachel Barrie notes that the port finish brings out the natural fruit and spice characteristics of GlenDronach's spirit, and suggests the whisky as a good fit for Thanksgiving because it finishes with a drying fruit note, like cranberry juice. 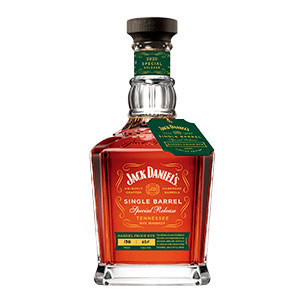 Made from Jack Daniel's rye mashbill of 70% rye, 18% corn, and 12% malted barley, this whiskey underwent the Lincoln County Process, just as all Jack Daniel's does. It matured in the upper levels of the warehouse, and is bottled with no added water.

After master distiller Jeff Arnett stepped down in September, Jack Daniel's named Chris Fletcher as his successor, and he's been busy with the new releases ever since: first the latest Tennessee Tasters' Selection, and now this. Fletcher will be joining our Instagram Live series, #TasteWithSpace, this afternoon at 3 p.m. Eastern, to talk all things Jack. Bring your questions and join us! 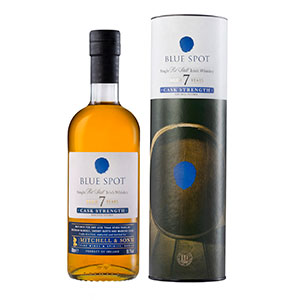 Made by Irish Distillers, this whiskey combines liquids matured in madeira, bourbon, and sherry casks, all aged at least 7 years. It's bottled at cask strength and is non-chill filtered.

The Spot range is a historic brand, but at one point in the 1980s it had shrunk to a single expression, Green Spot, and was the sole single pot still Irish whiskey being made. Over the last decade, Yellow and Red Spot have returned, and Blue now rounds out the quartet. Learn more about how the Spots survived, and what the colors mean, in our in-depth feature on single pot still whiskey's revival. 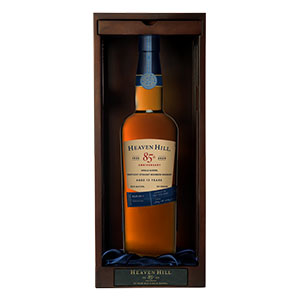 Availability: 146 bottles; for sale mainly at the visitor center

This bourbon has been bottled in honor of Heaven Hill's 85th anniversary. The company filled its first barrel on Dec. 13, 1935. Its proof, at 107, is a nod to the barrel-entry proof Heaven Hill used back when it first opened. It'll go on sale at the Bourbon Heritage Center, as well as select Kentucky retailers, sometime before the end of the year. We tasted this whiskey with master distiller Conor O'Driscoll just last week; check out what he had to say about it on IGTV. 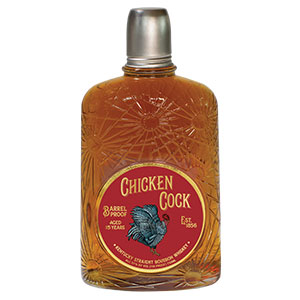 Availability: 1,300 bottles; for sale in KY only

Made with a mashbill of 78.5% corn, 13% rye, and 8.5% malted barley, this bourbon is bottled at barrel proof and non-chill filtered.

This is the oldest release from Chicken Cock to date, though its 10 year old Double Barrel bourbon scored 91 points. That was priced at $250, making the $50 bump for this bourbon, with 50% more age (and a higher proof), look like a relatively good deal by comparison. 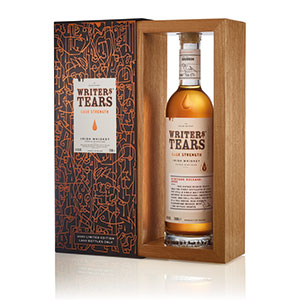 The tenth cask-strength release from Writers' Tears, this blend features single malt and single pot still whiskeys, both triple-distilled and aged in bourbon casks. It debuts in new packaging, which is rolling out across the Writers' Tears range.

Although Writers' Tears Cask Strength varies from year to year, its last two releases have been well-received, with the 2018 bottling scoring 92 points and 2019 at 93 points. Blends of single malt and single pot still whiskey are rare enough; at cask strength, rarer still, so getting a taste of this will be a memorable experience. 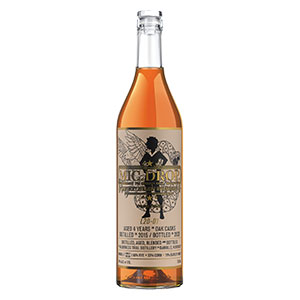 Distilled from a mashbill of 56% rye, 33% corn, and 11% malted barley and aged for 4 years and 10 months at Wilderness Trail in Danville, Kentucky, this rye comes from five barrels. It's bottled under the Mic Drop label, a brand from importer and bottler PM Spirits.

PM Spirits' past releases of Mic Drop have all been bourbons, varying in age, price, and availability. The first release, an 8 year old from MGP priced at $100, and the second, a 13 year old priced at $450, have becomecoveted bottles on the secondary market. 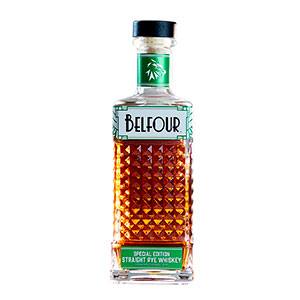 Made by Southern Distilling Co. in Statesville, North Carolina, this rye was aged at least 2 years. It's bottled in honor of the University of North Dakota Fighting Sioux (now the Fighting Hawks) hockey team, with whom Ed Belfour started his career, and includes references to the team in its colors and with a commemorative coin inlaid in the cork that reads "Ralph Engelstad Arena, Home of the Fighting Sioux."

Belfour Spirits launched in late 2019 with three whiskeys, two of which we've reviewed in the Buying Guide. The 2019 limited-edition rye, made at Woody Creek Distillers, netted 89 points, and the Texas Pecan Wood-Finished bourbon came in at 91 points. 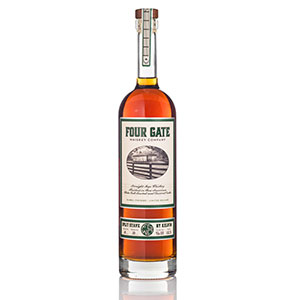 Distilled at MGP from its 95% rye mash, this whiskey aged for 7 years in new charred oak and then was finished in Four Gate's custom "split stave" barrels made by Kelvin Cooperage. The barrels are assembled using alternating medium-toasted and #2 char staves.

Four Gate released a Split Stave bourbon last year which used toasted, #2 char, and #4 char staves. That whiskey scored 91 points in the Buying Guide, and considering that all the Four Gate whiskeys we've reviewed are at 90 and above, I expect this new rye to measure up. 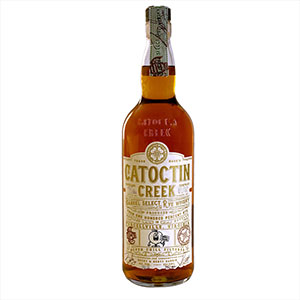 Distilled from 100% rye, this whiskey aged in new charred oak and then was finished in casks that had previously held the distillery's Short Hill Mountain peach brandy.

Although 200 years ago it was much more common, peach brandy is now a rarity, and Catoctin Creek is one of only a few distillers to make it today. (And it's great—highly recommended if you can get your hands on some!) That means they're also the only American distiller that I know of to have used peach brandy casks for finishing whiskey. If you want to get some, online bottle sales start Monday, Nov. 16, and some bottles will be available at retail as well. 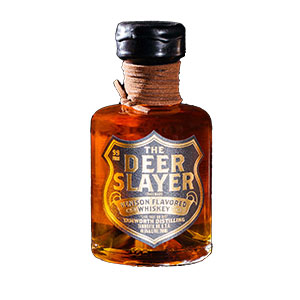 Made with a base of 3 year old wheat whiskey, this spirit is then re-distilled with venison and several botanicals, including cranberries, juniper berries, green peppercorns, and porcini mushrooms.

Tamworth is the distillery that brought us rye flavored with cemetery maple syrup and whiskey flavored with beaver castoreum—so this release is very much in character. Outside of whiskey, there's precedent for adding raw meat to the still; some mezcals, calledpechuga mezcals, are distilled with a chicken breast or other raw meat hanging in the still. There aren't any sanitary concerns, as the heat cooks the meat, but if you're vegetarian/vegan, you'd want to avoid these spirits.