In recent years, many Highlands and Speyside single malt whisky brands have added peated expressions to their lineups (see anCnoc with Cutter, Flaughter, and other whiskies in the peated collection, or BenRiach with Curiositas). This might have seemed like a departure from their traditional unpeated styles, but the truth is that most scotch whiskies were made with peated malt in the years before the mid-20th century: Peat, after all, is Scotland's most readily available fuel source. So although Balvenie hasn't had a peated expression in decades, its latest release, Peat Week, isn't a complete novelty. The brand began distilling peated whisky for a week each year starting in 2002, and this is the first bottling of that experiment. Going forward, Balvenie will keep releasing Peat Week annually.

In other news, Glenmorangie is re-releasing Astar after a 9-year absence.The limited-edition expression scored 93 points the last time it was reviewed in our Buying Guide, and we're excited to taste it again. It's being poured at WhiskyFest San Francisco on October 6th.

Chicken Cock is also debuting a throwback whiskey. In this case, it's part of a rebranding, away from flavored whiskey and back to straight whiskey. The original Chicken Cock brand started in 1856, and its newest expression celebrates the 160th anniversary of that date, using a mashbill that's consistent with the last known recipe for the whiskey (70% corn, 21% rye, 9% malted barley).

Other new whiskies this week include two releases from India's Amrut Distillery, plus a limited-edition Jack Daniel's bottling named for a saloon run by the man himself back in the late 1800s. And Jim Beam has a new vanilla flavored whiskey, should you want something sweet. Read on for details. 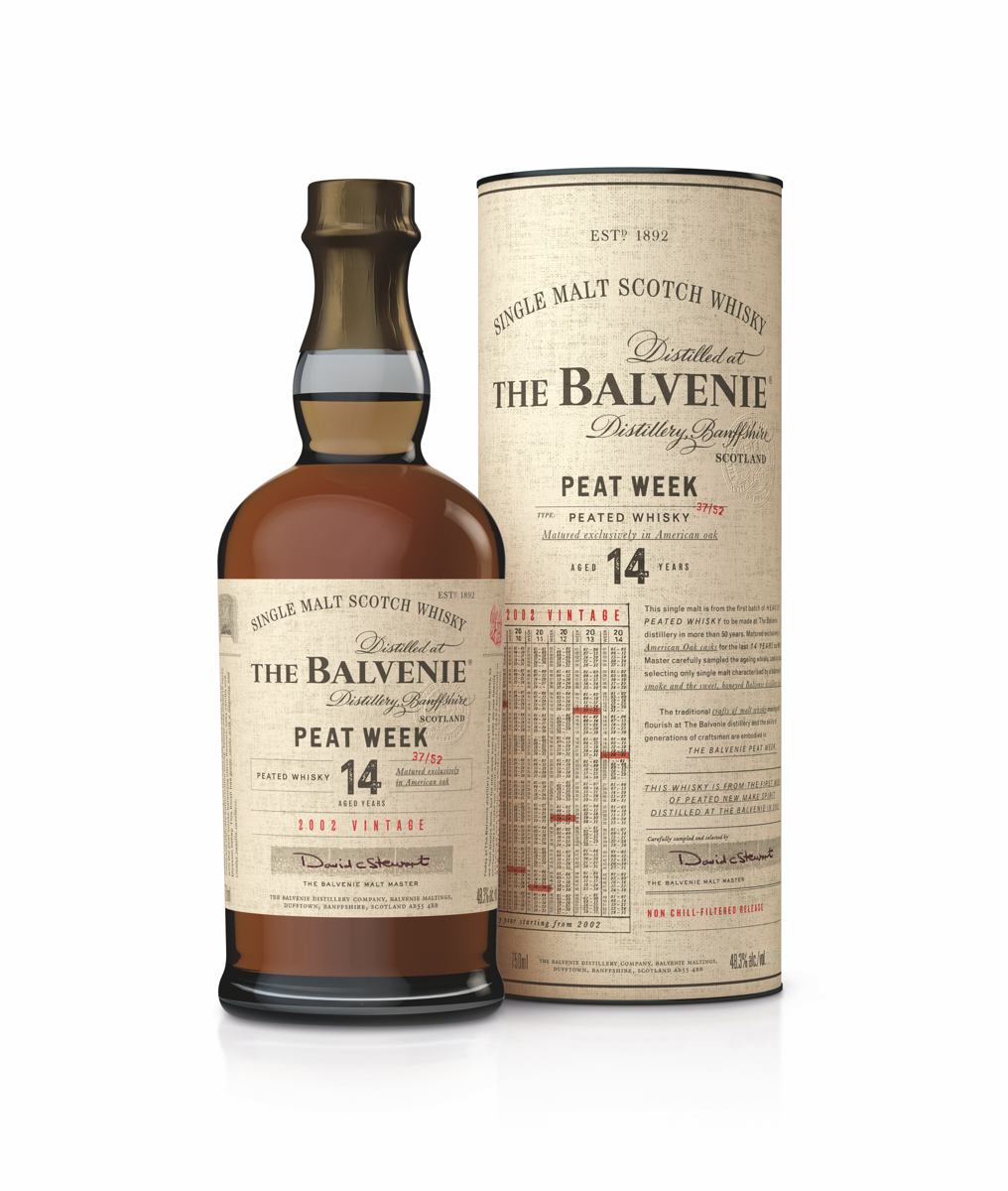 Starting in 2002, Balvenie began making heavily peated whisky for a week each year. This is a limited-edition, vintage bottling, though it will return on an annual basis.

While peat isn't typically found in modern Speyside scotches, it was used in decades past as the heat source for drying malted barley. Balvenie notes that this is a honeyed whisky with light, sweet smoke flavors. 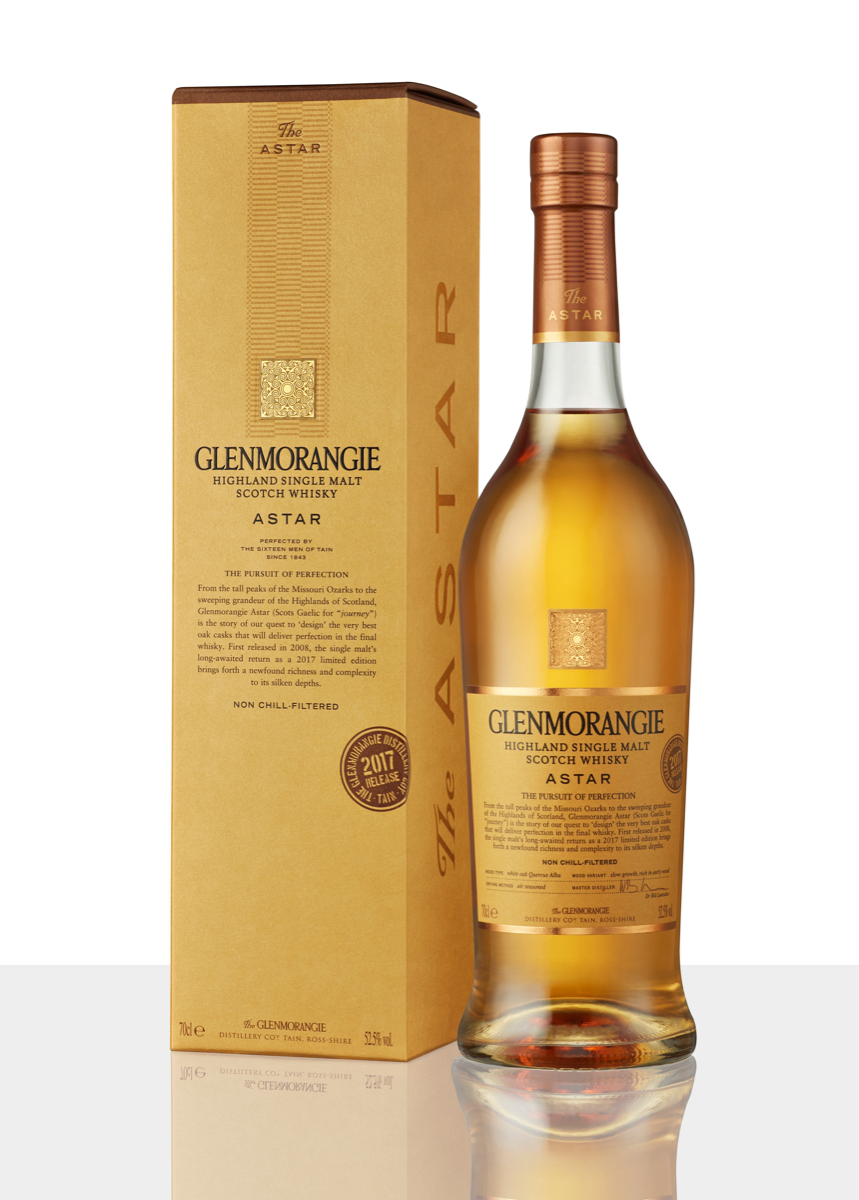 This is a limited-edition bottling of Glenmorangie that was last released in 2008. Astar (Scots Gaelic for "journey") was aged in Missouri oak barrels whose wood was cut, aged for two years in open air, toasted, and filled with bourbon to Glenmorangie's specifications.

When Astar was last available, it scored a 93 in the Whisky Advocate Buying Guide. If you're attending WhiskyFest San Francisco, you'll have a chance to taste Astar for yourself to see how the new edition measures up! 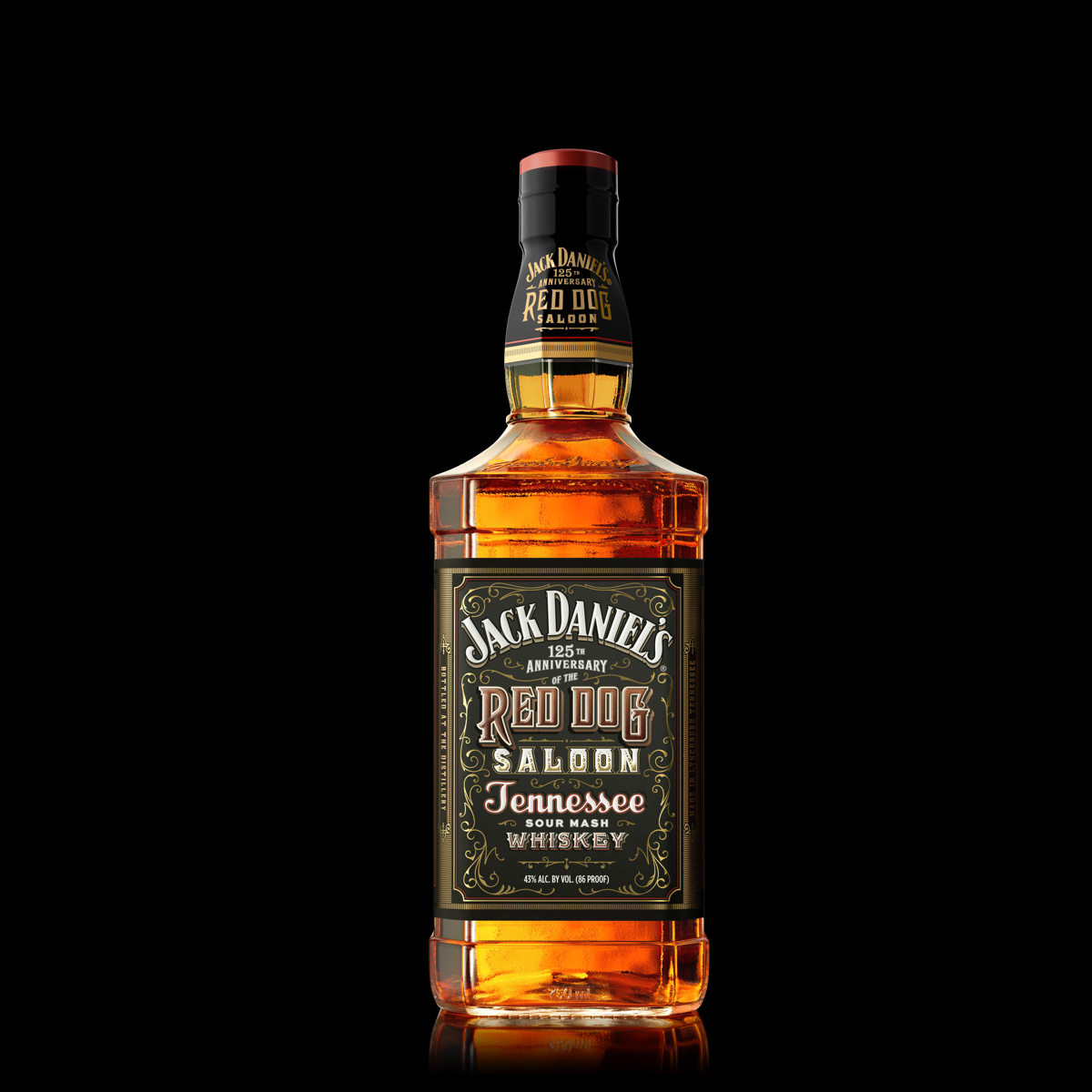 This is a limited-edition bottling of Jack Daniel's at 86 proof. It celebrates the 125th anniversary of the founding of a saloon run by Jack Daniel in the town of Lynchburg, Tennessee, in the late 19th century.

Do you like Jack Daniel's, but want to taste it at a higher proof? This is the bottle for you. 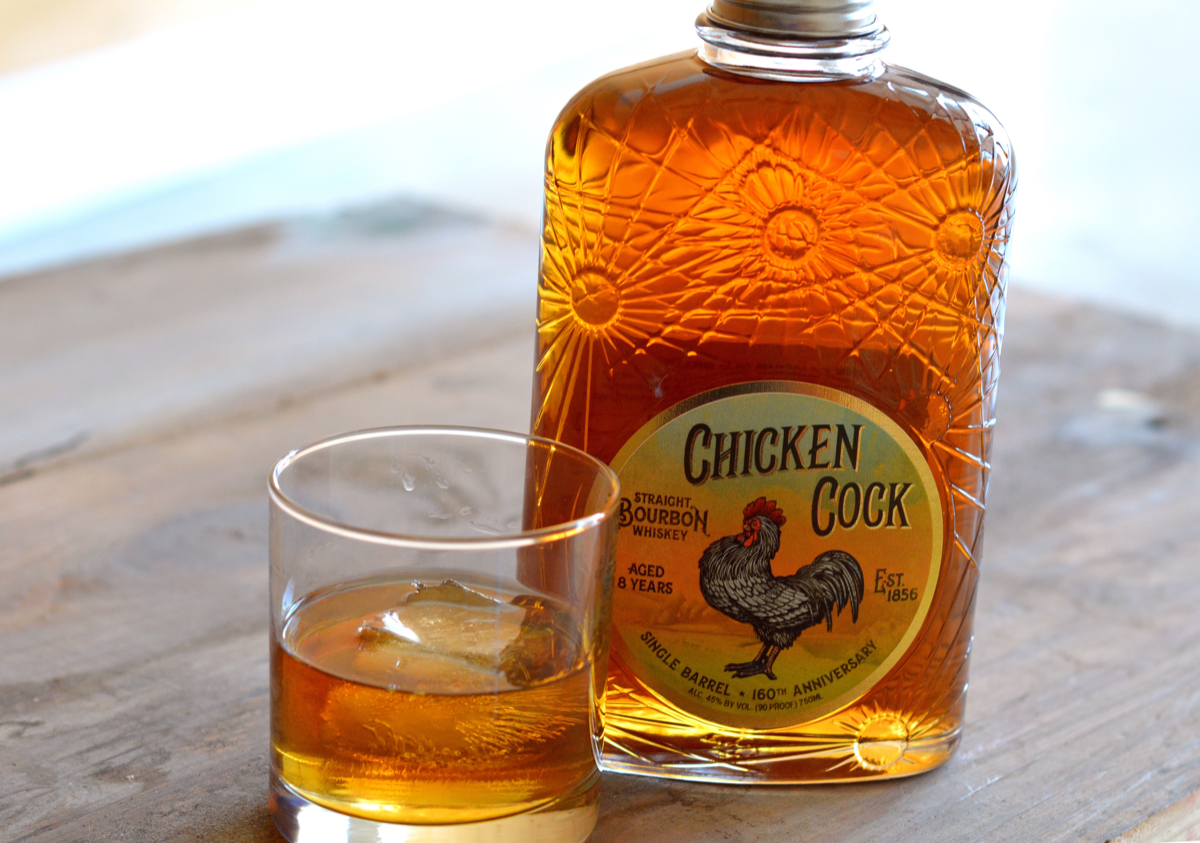 The Chicken Cock brand was founded in 1856 in Paris, Kentucky, but it ceased being produced in the 1950s. In recent years, it has been available as a flavored whiskey. This is the brand's reintroduction as a straight bourbon made with a mashbill that's consistent with the last known recipe for Chicken Cock. Only 30 barrels are being bottled, sold through Chicken Cock's website, as well as at a few liquor stores. The whiskey is made at MGP Distillery with a mashbill of 70% corn, 21% rye, and 9% malted barley.

The owner of Chicken Cock, Grain & Barrel Spirits, has stated its aim to restore the brand to its original status as a respected whiskey. In addition to this special release, Chicken Cock also has a rye and a bourbon. We applaud the company's efforts: The world can always use more good whiskey. 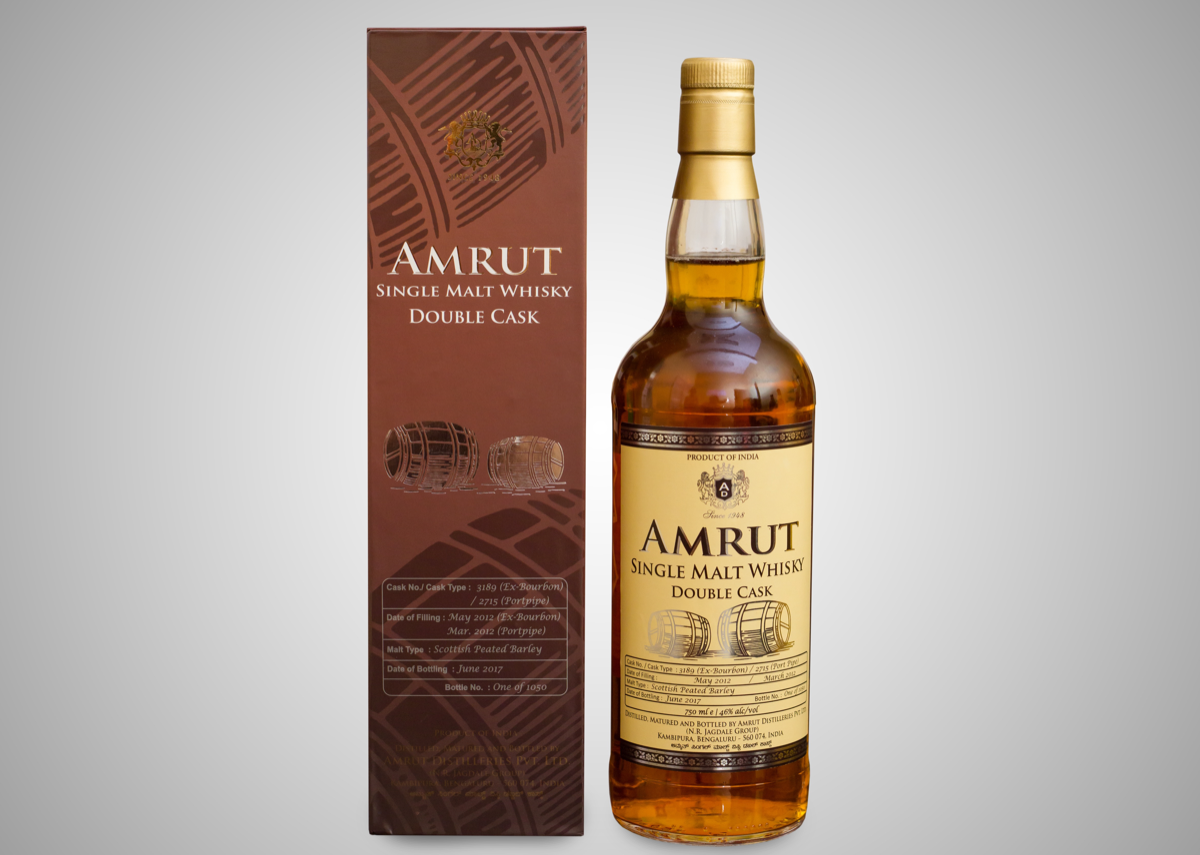 Availability: 240 bottles for the U.S.

Single malt whisky may not be the first thing that comes to mind when you think of India, but the country's single malt distilleries—Amrut, Paul John, and Radico Khaitan (which makes Rampur)—are turning out high-quality stuff. This limited release won't be easy to get your hands on, but if you get the chance to try an expression from Amrut, give it a shot and let us know what you think! 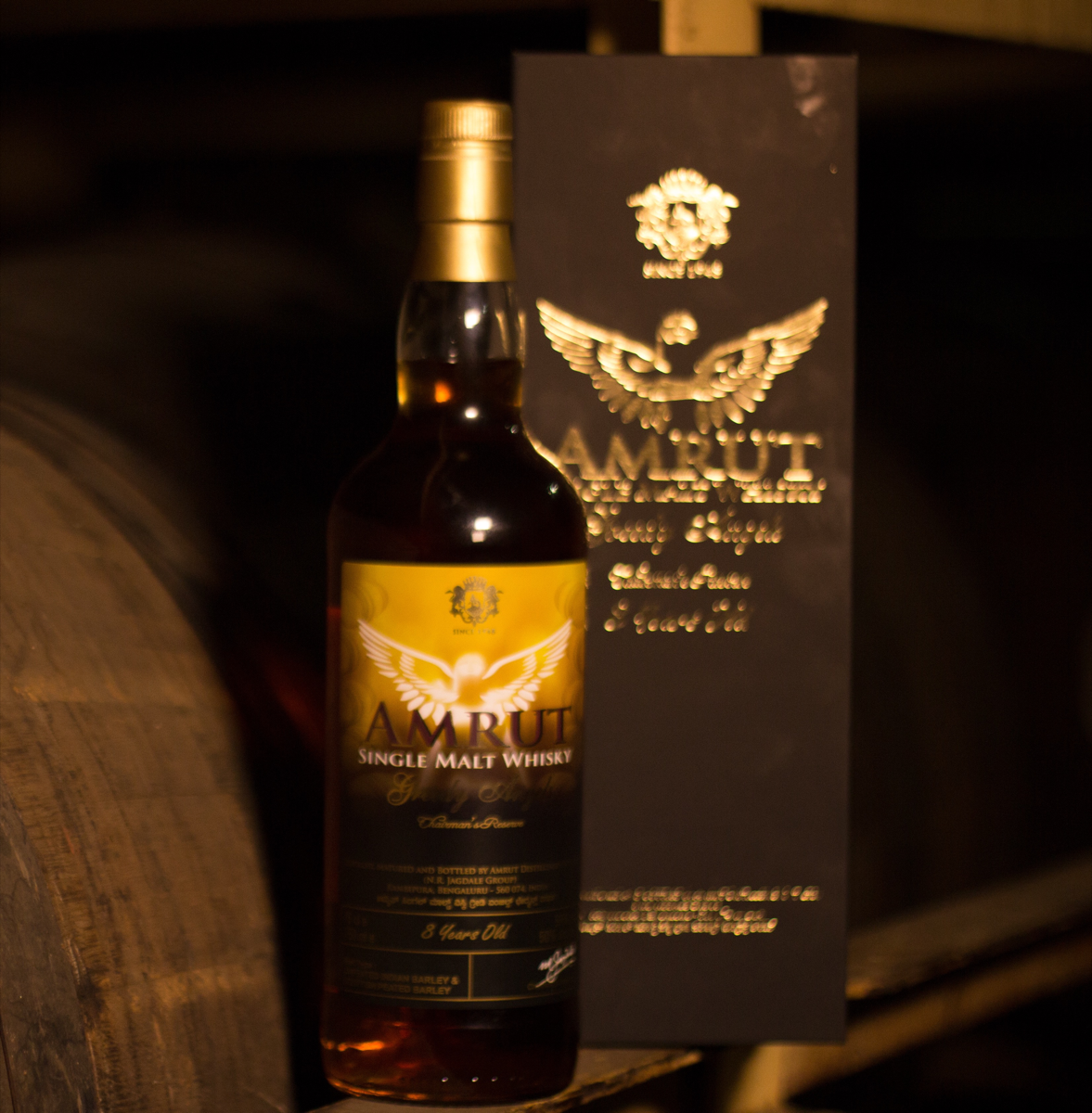 Availability: 180 bottles for the U.S.

This is the newest batch of Greedy Angels, which is released every other year at 8, 10, or 12 years old.

The name Greedy Angels is a play on the concept of angels' share. In India, the hot climate causes a very high amount of liquid to evaporate from the cask during maturation. After 8 or 10 years—let alone 12—Amrut's casks retain a tiny fraction of their original liquid volume. Of course, that whisky is superb: When Whisky Advocate reviewed Greedy Angels in 2013, it received 94 points in the Buying Guide. 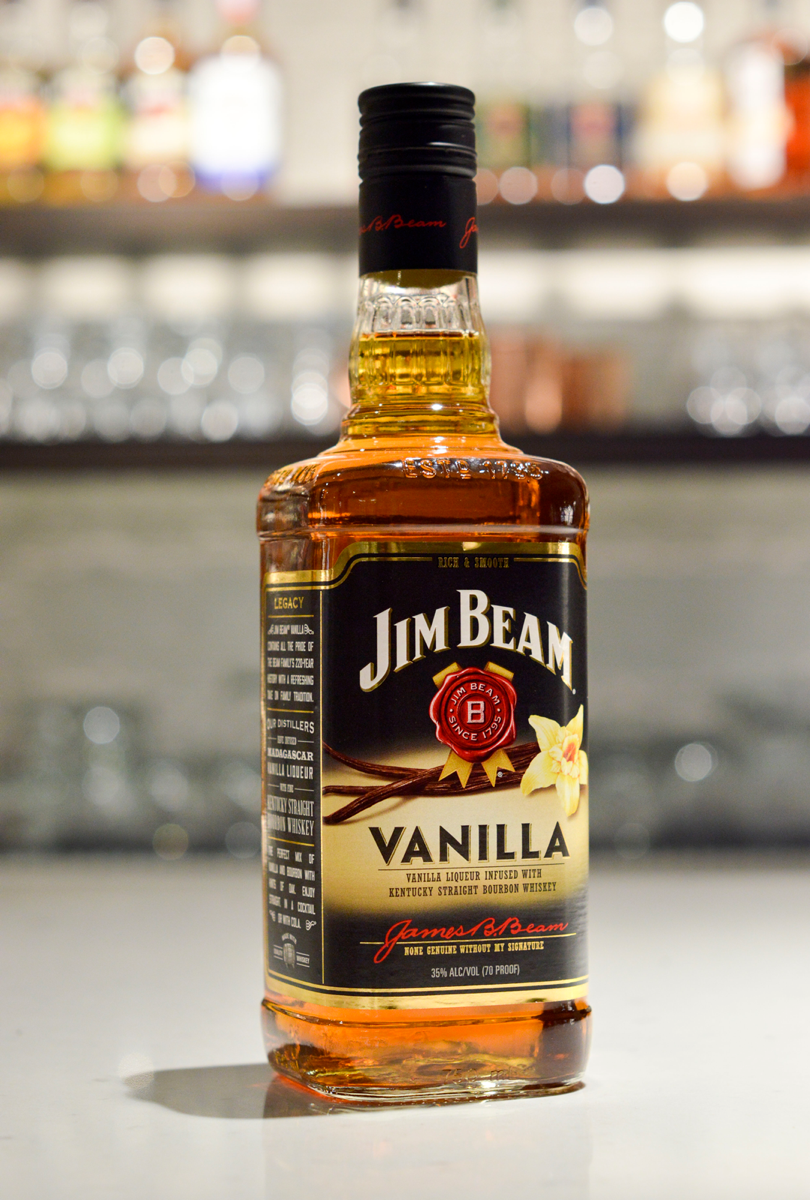 This is a bourbon-based liqueur flavored with vanilla, similar to Jim Beam's Honey, Black Cherry, Apple, and Red Stag liqueurs.

Okay, it's not a whiskey, but we know that sometimes even serious whiskey drinkers like something a little sweeter.