The Whisky Lover's Guide to Grappa

Grappa is often called brandy, but it really isn't. A traditional spirit from northern Italy, it's the invention of thrifty farmers who long ago began fermenting and distilling pomace—the skins, stems, seeds, and residual pulp left over after grapes have been pressed for winemaking. Over the generations, this simple agricultural product has been elevated to a higher plane—often to luxury status.

While it's difficult to know exactly when grappa was first distilled, Francesca Nonino, a sixth-generation distiller whose family makes Italy's most famous grappa label, Nonino, dates it back to 15th century northeastern Italy. “Pomace was just considered the leftovers from winemaking and had very little value, but farmers who preferred not to waste anything understood its value—because it contains sugar and can be fermented and distilled,” she says. “Distilling at home was illegal, so these farmers stocked pomace and waited for a cloudy day or a storm to cover the steam so they could distill without the fear of being caught.”

Because of this history, grappa was long considered a peasant's drink, even as grappa distillers—including Nardini (founded in 1779), Nonino (1897), and Poli (1898)—became more prominent throughout Northern Italy. According to Francesca, the spirit's reputation improved when her grandparents Benito and Giannola Nonino made grappa from a single variety of pomace. “They wanted to prove that grappa is a spirit with integrity and soul, so in 1973 they created the first single-variety grappa made from the pomace of picolit grapes, appropriately called monovitigno—Italian for one varietal,” she says. “This path started with extensive research of ways to maximize quality in distillation by honoring the natural life cycle of the pomace and sourcing only the freshest pomace from the best wineries, gently pressed and still full of juices. Ultimately it led to the transformation of grappa—from a Cinderella spirit of humble beginnings to the queen distillate it is today.”

After being distilled, the liquid usually rests in vats for six months to marry. Unaged grappa is then diluted to achieve an alcohol by volume ranging between 37.5% and 60%, while aged grappa matures for at least an additional year in casks made of oak, acacia, or cherry before dilution. Grappa aged for at least 1 year is termed vecchia or invecchiata, and after at least 18 months it is called riserva or stravecchia. Its flavors range from fruity, floral, and herbaceous to nutty, sweet, and spiced—all familiar to whisky drinkers.

Grappa is a protected descriptor in the European Union, meaning that a spirit cannot be called grappa unless it's made in Italy with Italian pomace. But the U.S. allows any spirit made here with pomace to be called grappa‚ falling under a broader definition of brandy. Several American distillers make grappa today, including Clear Creek and Ransom Wine Co. and Distillery in Oregon, Finger Lakes Distilling in New York, and Rhine Hall Distillery in Chicago.

Whether made in its birthplace or in the U.S., grappa is as complex and diverse as whisky, with flavors and textures that vary depending on the grapes used, the length of maturation, and the aging vessel. “Whisky drinkers will find much to enjoy in grappa, especially in aged grappa,” Francesca notes. “Just like with a fine dram, you experience grappa with your nose first and then with a small sip—and if you really want to treat yourself, pair it with dark chocolate or a cigar.” 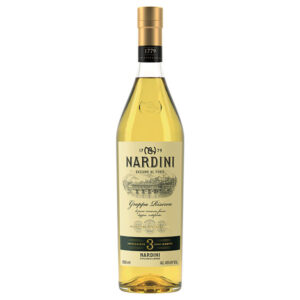 Nardini Grappa Riserva 3 year old—40%, $44
This grappa is made from the pomace of cabernet sauvignon, merlot, pinot noir, and friulano grapes from the Alpine foothills of the Friuli region of Italy. Aged in Slavonian oak barrels, it has flavors of almond, cherry, and vanilla, plus toasty notes from the oak and hints of spice, mint, and cocoa that may appeal to a rye or high-rye bourbon drinker.

Capovilla Grappa di Ribolla Gialla Gravner—51%, $120
Made from the pomace of 100% ribolla gialla grapes from Italian winemaker Josko Gravner, this grappa rests for several years in steel vats. A Japanese whisky enthusiast may be drawn to its aromas of sweet flowers, herbs, and grapes, and its fruity, vegetal, and herbaceous palate with warm, spicy notes on the finish. 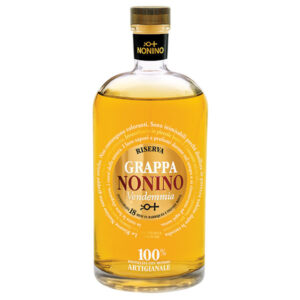 Nonino Vendemmia Riserva— 41%, $60
The pomace of monovitigno pinot noir, prosecco, and malvasia grapes makes up the base of this grappa, which is aged 18 months in limousin and sherry barriques. Aromas of vanilla, pastry, chocolate, and spices give way to a rich and velvety palate with spice notes that fans of peated whisky may find pleasantly familiar. 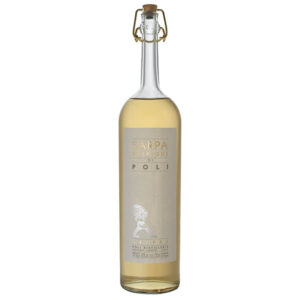 Poli Sarpa Barrique—40%, $50
Made from the pomace of merlot and cabernet sauvignon grapes, this grappa is aged 4 years in French oak barriques. With aromas of exotic fruits, vanilla, almonds, and toasted hazelnuts, this grappa may please fans of Speyside scotches, especially those aged or finished in oloroso casks.
Distillations Insights skral Spring 2022