The Whisky Lover's Guide to Shochu

“Although it's been around for more than 500 years and is popular in Japan, shochu is still breaking into American drinking culture,” says Tetsuro Miyazaki, general manager of Iichiko Shochu USA. “It's known as the native spirit of Japan, and it offers an incredibly rich umami flavor while also remaining very light with a smooth finish.”

Shochu can be made from any number of ingredients, but the most common types available in the U.S. are barley (mugi), sweet potato (imo), rice (kome), and unrefined cane sugar, also called black sugar (kokuto). The base ingredient is fermented using koji mold—just like in sake production—but unlike sake, which is brewed, shochu is distilled like whisky. Most traditional shochu is single-distilled in pot stills (honkaku) but it can also be made by continuous distillation (ko-rui). After distillation, water is usually added to bring the alcohol content to between 20% and 43% before the spirit rests in stainless steel tanks or clay pots, or is aged in wood barrels.

“Shochu has quite a few flavor profiles and characteristics that depend on the base ingredient used as well as the variety of koji used—and while I'm a firm believer that there's no right or wrong way to enjoy a dram, there are different serving options that can greatly enhance this special spirit,” says Victoria Vera, general manager and shochu buyer at Tsunami Panhandle in San Francisco, which carries the largest shochu selection in the country. “Kokuto shochu is the most friendly style—one I almost always recommendto a first timer or novice—and is refreshing on the rocks; kome shochu tends to be light and smooth, working well in a cocktail, neat, or on the rocks; mugi shochu can be either light and fruity or grainy and oaky depending on the aging vessel and tastes amazing on the rocks; imo shochu is not for the faint of heart—it is big, bold, and funky in the best way possible and I love to enjoy it in a ceramic mug that's filled halfway up with hot water.”

Whisky enthusiasts—particularly fans of Japanese and scotch—will find similar characteristics in mugi shochu. Non-wood aged mugi shochu will have familiar flavors from the cereal grain, while cask-aged mugi brings in those lovely toasty notes. “Introducing whisky drinkers to shochu with an oak-aged mugi shochu is the smoothest transition,” Vera says. “From there you can often entice them to explore shochus distilled from other grains that also spent time aging in different vessels such as sherry or cognac barrels.” Other types of shochu will also have flavors whisky drinkers love, from clean, fruity, and floral kome shochu to smooth and lightly sweet kokuto shochu to earthy and umami imo shochu.

In addition to the hundreds of Japanese shochu distillers, there are several U.S. producers aiming to make shochu a household spirit among American drinkers, including American Shochu Company in Frederick, Maryland, Hawaiian Shochu Company in Oahu, Horyzon Spirits in Atlanta, and St. George Spirits in Alameda, California. “I believe every shochu is worth exploring,” Vera says. 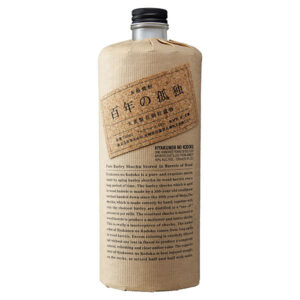 Hyakunen no Kodoku—40%, $85 This single-distilled shochu contains 100% estate-grown organic barley. A bourbon fan will appreciate its aging in new American oak for 3 to 5 years, which imparts a soft, mellow sweetness as well as oak and cigar notes, with layers of coconut and fragrant barley flavors. This shochu's sweetness becomes more pronounced when mixed with water. 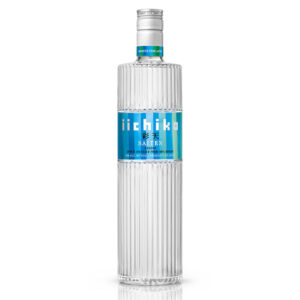 Iichiko Saiten—43%, $33 Made for mixing in cocktails, this is a single-distilled, non-wood aged barley shochu, with aromas of honeydew, white grapes, kabosu citrus, soy, white pepper, and barley notes. On the palate it exudes rich umami flavors of jasmine tea, white peach, and hints of citrus, with a maltiness similar to single malt whiskies, especially those from the Lowlands. 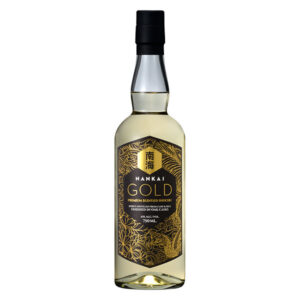 Nankai Gold—43%, $74 A blend of 80% single-distilled black sugar and 20% rice shochus, each aged up to 5 years in American white oak and French limousin casks before blending. It has qualities similar to Japanese whisky, with fruity, floral, and malty aromas and gentle notes of fruit, raisins, chocolate, and honey. 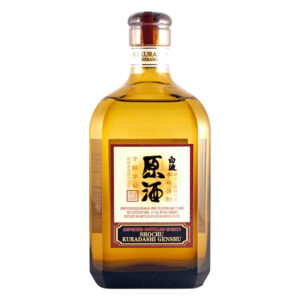 Satsuma Kuradashi Genshu—37%, $45 This non-wood aged sweet potato shochu is single-distilled and undiluted (genshu), resulting in a silky-smooth palate—similar in character to bourbon—with shy herbal and floral notes, and the enticing flavor and aroma of sweet potato pie. When poured over ice, it becomes lighter and more lively—its umami flavors make it an excellent accompaniment to a meal and in cocktails. 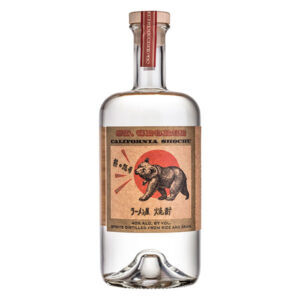 St. George California Shochu—40%, $50 Single-distilled from Calrose rice sake lees—the solid mash byproduct left over from sake production—from Takara Sake Brewery in Berkley, California. It offers cashew, pistachio, sweet mushroom, and dried cocoa on the nose, with the cocoa further developing on the palate as bittersweet chocolate. Enjoy in a Highball or in a Japanese whisky cocktail. 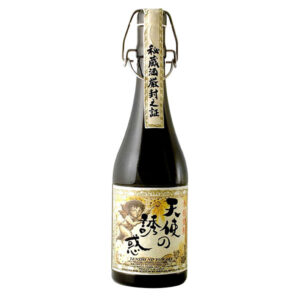 Tenshi no Yuwaku Imo—40%, $80 Aged 10 years in sherry casks, this undiluted sweet potato shochu is one of the longest-aged shochus available in the U.S. It has a thick, creamy texture, with bold and lush flavors of vanilla bean, dried fruits, sweet potato, and a whisper of dried orange peel on the long finish. This shochu will appeal to fans of sherry cask-finished single malts.