The Volunteer State was once home to hundreds of distilleries, but since Prohibition, Tennessee whiskey has been dominated by just two names: Jack Daniel's and George Dickel. That's changing fast. The epicenter of the action is Nashville, which for years has been emerging as one of the nation's hottest tourism cities. More than ever Nashville lives up to its moniker of Music City, expanding beyond country music to include live performances in all genres, while its red-hot culinary scene is equally diverse, from Southern classics to award-winning gourmet chefs. There are several suddenly trendy neighborhoods, new museums, non-musical entertainment, and boutique hotels seemingly opening monthly. Adult beverages have been diversifying as well, with the opportunity to tour and taste your way through whiskey, beer, sake, and cider, all in one day.

Nashville's many neighborhoods and their offbeat names often confuse visitors, but they are very small and close together, with downtown and most popular areas contiguous, concise, and easily navigated, both on foot or by way of Lyft and Uber drivers—with some of the lowest rates of any popular city. Public transport is limited, but the airport is very close, and several hotels offer complimentary house cars. Several companies also offer guided distillery tours, including Tennessee Whiskey Tours and Mint Julep Tours.

They say it's the most important meal of the day, and a good base for what's to come, so hit Biscuit Love, a wildly popular breakfast specialist in the Gulch neighborhood. They make stellar biscuits in both traditional styles (rolled and dropped), source their own heritage-breed pigs, and specialize in hearty, inventive biscuit sandwiches and benedicts. 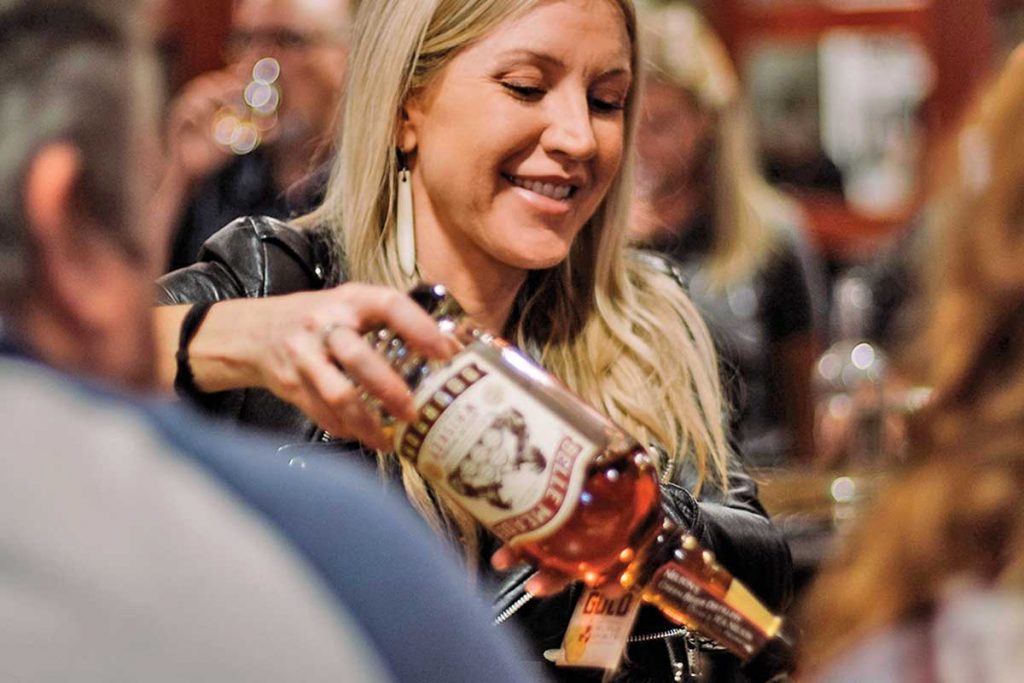 Nashville's two oldest and best-known distilleries are Corsair and Corsair—this pioneer has grown so fast it now has two urban locations. Both offer tours, tastings, cocktail bars, and the company's staggering array of spirits—more than two dozen labels—with limited editions and one of the only whiskeys distilled from quinoa, more often spotted in superfood salads than whiskey. Other offbeat options include Graniac 9-grain bourbon (including buckwheat and spelt), the popular Ryemageddon, and Triple Smoke, plus gin, rum, and absinthe. Both locations are great, but when the sun is shining head to the Marathon Village spot, which also houses a brewery, to enjoy spirits and craft beers in the outdoor courtyard.

It also sits less than two blocks from Nelson's Green Brier Distillery. The original facility started producing whiskey around 1860, and Green Brier holds Tennessee's 5th license (to put this in perspective, Jack Daniel holds the 514th). Charles Nelson's plant closed in 1909 due to state-mandated prohibition, and the name disappeared until 2006, when his great-great-great-great-great grandchildren, brothers Charles and Andy, relaunched in the city. It's a top-shelf small distillery tour, with a close-up look at the charcoal-filtering process that defines Tennessee whiskey, historic pictures and artifacts, and a wonderful tasting room. They are best known for their five Belle Meade bourbons (straight, single barrel, and sherry, madeira, and XO Cognac finished); their Tennessee whiskey will be released as a 4 year old this year. A limited amount was aged 2 years in smaller 30-gallon barrels and is available at the distillery.

Nashville is famous for its Honky Tonk Highway, a strip of neon-festooned downtown bars featuring live music from morning to night, so unlike other music-centric cities where the action starts after dark, you can catch rising stars any time. If you're hungry for both an afternoon snack and great music, the Broadway classic is Robert's Western World, a deep, dark, welcoming old-school spot devoted to cheap drinks, country music, and the signature five-dollar “Recession Special”—a fried bologna sandwich with chips and a cold PBR. Open only on Fridays and Saturdays, it's worth the short detour to Proper Saké, a new addition to Nashville's booze scene, making high-quality artisanal sakés. There are only a handful of producers open to the public in the U.S., so see what rotating selections are on tap. 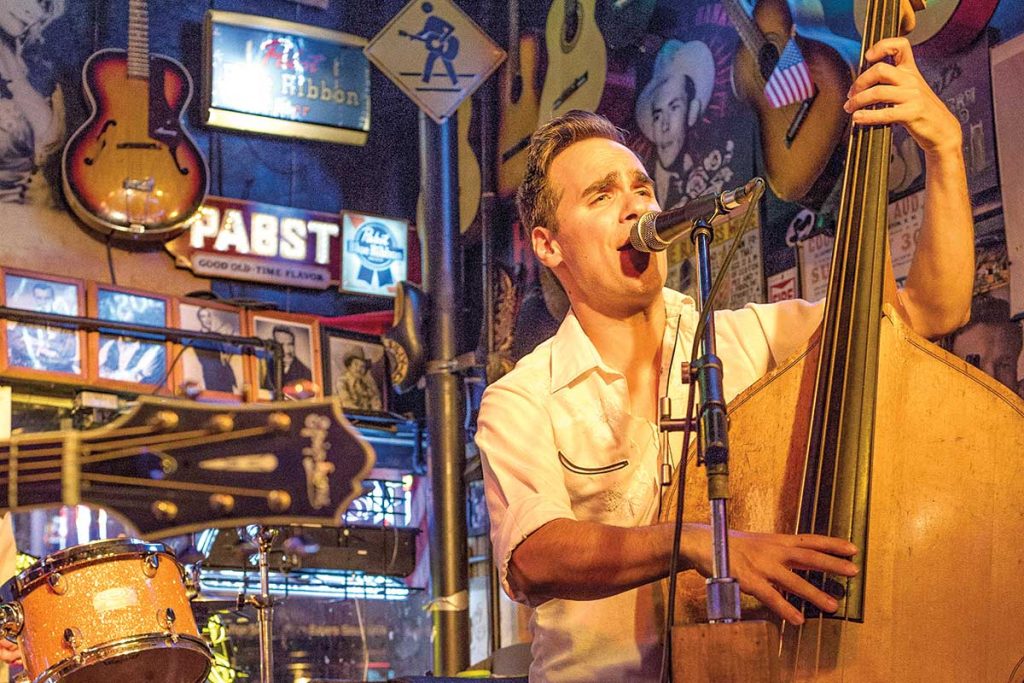 The thriving boutique hotel scene started with the music-themed Hutton Hotel ten years ago, and the property is better than ever after a top to bottom facelift, with great lodging, food, drink, and music, plus complimentary house cars (a Tesla and SUVs). The biggest new addition is Analog, an acoustically stunning 300-person performance venue that has already hosted Grammy Award-winning acts. It has an exceptional bar and deep whiskey list, and it's open till 2 a.m., so visit when you return to the hotel after dinner. If you want to try the city's most famous dish, Nashville Hot Chicken, Hattie B's is just behind the hotel, but be forewarned: they take “hot” very seriously and this is only for true spice lovers. A great upscale but casual option is the new Woolworth on 5th, a hot downtown spot from one of Nashville's top restaurateurs. Housed in a building on the National Register of Historic Places, the former Woolworth store's lunch counter represents an important piece of American history. It was the location of one of the sit-ins to protest segregation during the 1960s civil rights movement. The counter has been re-created and the defunct space restored to its former grandeur, with an upstairs bar full of historic photos and a live music venue downstairs. Elevated Southern-inspired food includes exceptional fried chicken, peppered ribs, and family-style one-pot dishes like chicken and dumplings or peanut and pork stew. The curated cocktails riff on classics like the Shopper's Delight, a reinvented Manhattan with Buffalo Trace bourbon, earl grey simple syrup, and house-made lemon bitters.

Near Nashville's must-see downtown attractions, Puckett's Grocery serves hearty Southern fare all day but is beloved for its decadent breakfasts. The Elvis-themed King's French toast is stuffed with bananas and peanut butter, while the Southern Stack piles tender barbecued pulled pork on sweet potato pancakes with fried apples, fried egg, and home fries. Even if you've never danced the two-step, do not miss the exceptional Country Music Hall of Fame, Nashville's top attraction. Other nearby highlights are the Johnny Cash Museum, famed letterpress art gallery-cum-museum Hatch Show Print, and tours of the Ryman Auditorium, a former 1893 church now known as the “Carnegie Hall of the South.” 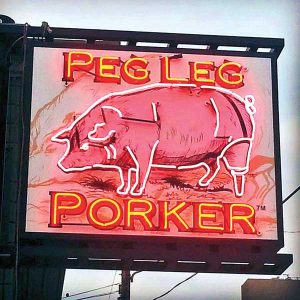 To quench your post-culture thirst, pop into the five-star Hermitage, Nashville's classic luxury hotel, home to the dark wood and leather Oak Bar, which claims the city's largest bourbon library, offering more than 130 selections. Whiskey 101 tasting flights begin at just $12, while pours from the private label Jefferson's Presidential Select 18 year old are a cool $100, plus an offering from the barrel of Stitzel-Weller purchased in 1991, the final year of the distillery's operation. Next, head to Pennington Distilling Company, in the Nations neighborhood, where a dozen bars have opened in the past year. Pennington started in an industrial aircraft hangar-style building in 2011. Enjoy the gritty tour, strolling through the bottling line and filled pallets followed by drinks at the recently expanded tasting area; the distillery is looking to open a downtown visitor center soon, but also add to its production and storage space. Pennington offers flavored whiskeys and Davidson Reserve rye made using 100 percent rye grain, but they're best known among locals for Pickers vodka. Their new Tennessee whiskey was unveiled in spring of 2019. If you can't get to Pennington you can sample their spirits at their airport kiosk on your way home. Right next door is Fat Bottom Brewing, known for its American, India Pale, Golden, and Red ales. Tennessee law prohibits restaurants in distilleries but not breweries, so many guests partner up visits to Pennington with Fat Bottom, which has weekend-only brewery tours and the Hopyard, an outdoor beer garden with eclectic Southern-influenced comfort food.

The gluten-free crowd may want to head straight for Diskin Cider, a recently opened entertaining, dining, drinking, and hangout space that takes advantage of the weather with indoor and outdoor areas that offer games and fire pits. They produce both classic English dry cider and non-traditional variants like pineapple and sweet tea. These are designed with specialty cocktails in mind, using fresh herbs from the on-site gardens, along with ciders and several local craft beers on draught. There are scheduled tours, but it's more of a casual hangout, with live music, farm-to-table cuisine, and a big Argentinean-style asado grill. Just around the corner is Nashville Craft Distillery, last on the tour, and arguably the most interesting. 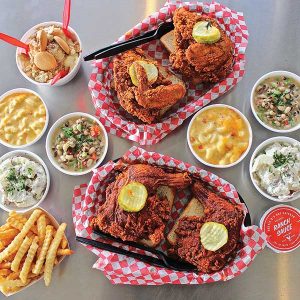 Hattie B's Hot Chicken serves Nashville's most famous dish, but be forewarned—they take "hot" very seriously, and this is only for true spice lovers.

Founder Bruce Boeko previously ran a DNA lab (think CSI) and now pours his passion for science into distilling. Let your whiskey-geek run wild as Boeko reveals how alcohol is made, complete with white boards and historic context. “I'm more likely to talk about how beer was accidentally discovered by ancient Mesopotamians than the usual story of rediscovering a ‘lost' secret family moonshine recipe.” Small groups are always led by Boeko or his co-distiller, with lots of hands-on touching and smelling. The tour offers something new for both first-time and veteran distillery visitors, with three sample pours. The Nashville Craft lineup consists of unaged spirits, including gin, honey liqueur, and a rum-style spirit made from local sorghum, while the Fugitives whiskey trio includes a blend, an unaged, and a Tennessee.

Nashville offers excellent regional dinner options for every budget. One of the city's most coveted tables is Husk, the gourmet modern Southern eatery from James Beard Award-winning chef Sean Brock. Husk proudly showcases local distilleries, along with complex cocktails like the Never Cry Wolf, using the bar's own single barrel bottling of Elijah Craig, vermouth, oloroso sherry, amaro, and bitters. For something more casual but equally delicious, head back to the Gulch neighborhood to Peg Leg Porker, the city's most beloved barbecue joint. Start with the wildly addictive pulled pork nachos before moving on to the best dry ribs you'll ever taste. It's order at the counter roadhouse-style, but the full bar has surprisingly varied whiskies, including their own Peg Leg Porker, rumored to be made at George Dickel. It's a high-corn bourbon that adds charcoal filtering, usually associated with Tennessee whiskey but not prohibited in bourbon. Releases have included a no age statement, an 8 year old, and a 12 year old.

Once satiated, take in some local music at Nashville's newly-opened bar/lounge/restaurant House of Cards. This throwback is a hidden speakeasy-style, high-end (jackets required) magic-themed cabaret lounge, with magicians working the restaurant floor and a small theater that is home to a rotation of 20-minute stage shows. Located beneath the Johnny Cash Museum, it features a menagerie of arts and antiquities, including a playing card collection that dates to 1490. The lengthy whisky list features both American and scotch, but groups of two or more shouldn't miss the classic punches, presented in vintage cut-crystal bowls. In addition to great drinks, there is a full dinner menu, cigar garden, and feats of prestidigitation that make a fitting farewell to this magical city. 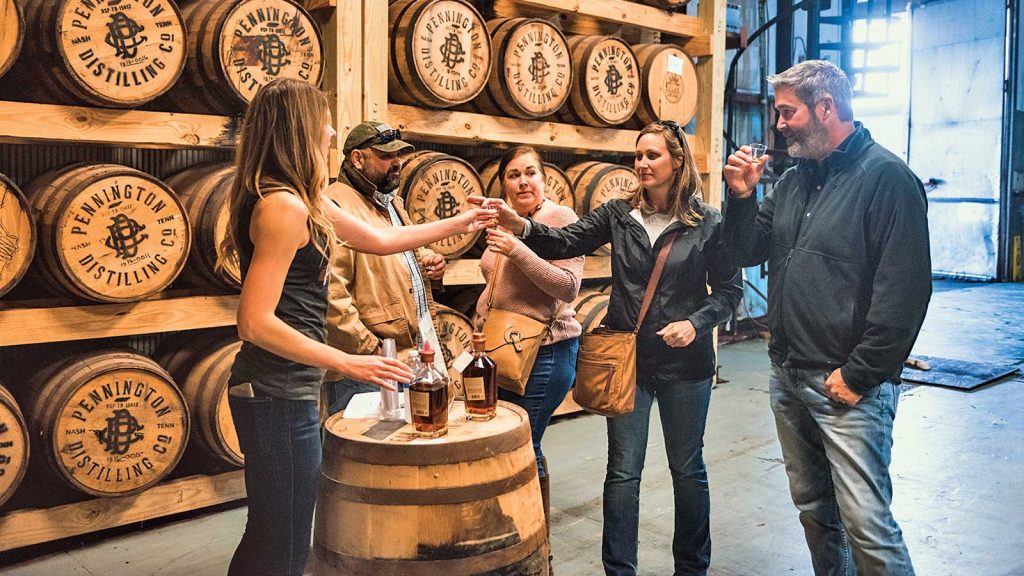