Maple and bourbon walk hand in hand, with maple’s sweet, sap-derived flavor appearing frequently in whiskey tasting notes. Aging maple syrup in whiskey barrels is thus a natural combination. From gourmet purveyors like BLiS in Michigan to distillers like Woodinville in Washington state, maple syrup aged in bourbon and rye barrels is finding a culinary niche.

“The flavor profiles I look for in the syrup need to be layered—there can’t be one big flavor dominating the others,” says Steve Stallard, chef-owner and president of BLiS, whose name is an acronym for Because Life is Short. “I want butterscotch, vanilla, or a little bit of orange peel from the oak. I want every layer put in there, so that you’ve got a fully dimensional maple syrup that leaves its maple profile in there.”

BLiS’s maple syrup—primarily from Michigan— is aged in used Heaven Hill barrels for approximately 8 months, with Stallard adding that 10 to 15 year old barrels are best for hitting the sweet spot. Older barrels, especially those over 20 years, can add a cinnamon and sandalwood note that he doesn’t want. Barrels that are too young, on the other hand, can add an unwelcome green banana flavor.

For Woodinville Whiskey, experiments with barrel-aging maple syrup began in 2012. Woodinville’s syrup is sourced from a family farm in Wisconsin before being aged for a year in Woodinville bourbon barrels. On the East Coast, Vermont’s Smugglers’ Notch takes an expansive approach, aging locally sourced maple syrup in both bourbon and rye barrels. The syrup, according to co-owner Jeremy Elliott, ages for around two years before bottling.

While barrel-aged syrup works well with the same dishes you’d use maple syrup with— pancakes, waffles, and French toast—Stallard also suggests using BliS’s syrup in ways that blend savory and sweet, often with heat. “Here’s what I do: Two-thirds [of a cup of ] hot sauce and a third of a cup of bourbon-barrel maple syrup, and boom, you have a beautiful spicy hot wing glaze.” He also recommends blending barrel-aged maple syrup with soy and fish sauces to glaze fatty fish or pork. And just when you thought ice cream couldn’t be more glorious, add a pour of barrel-aged syrup to a scoop of vanilla, butter pecan, peach, or coffee ice cream and enjoy! 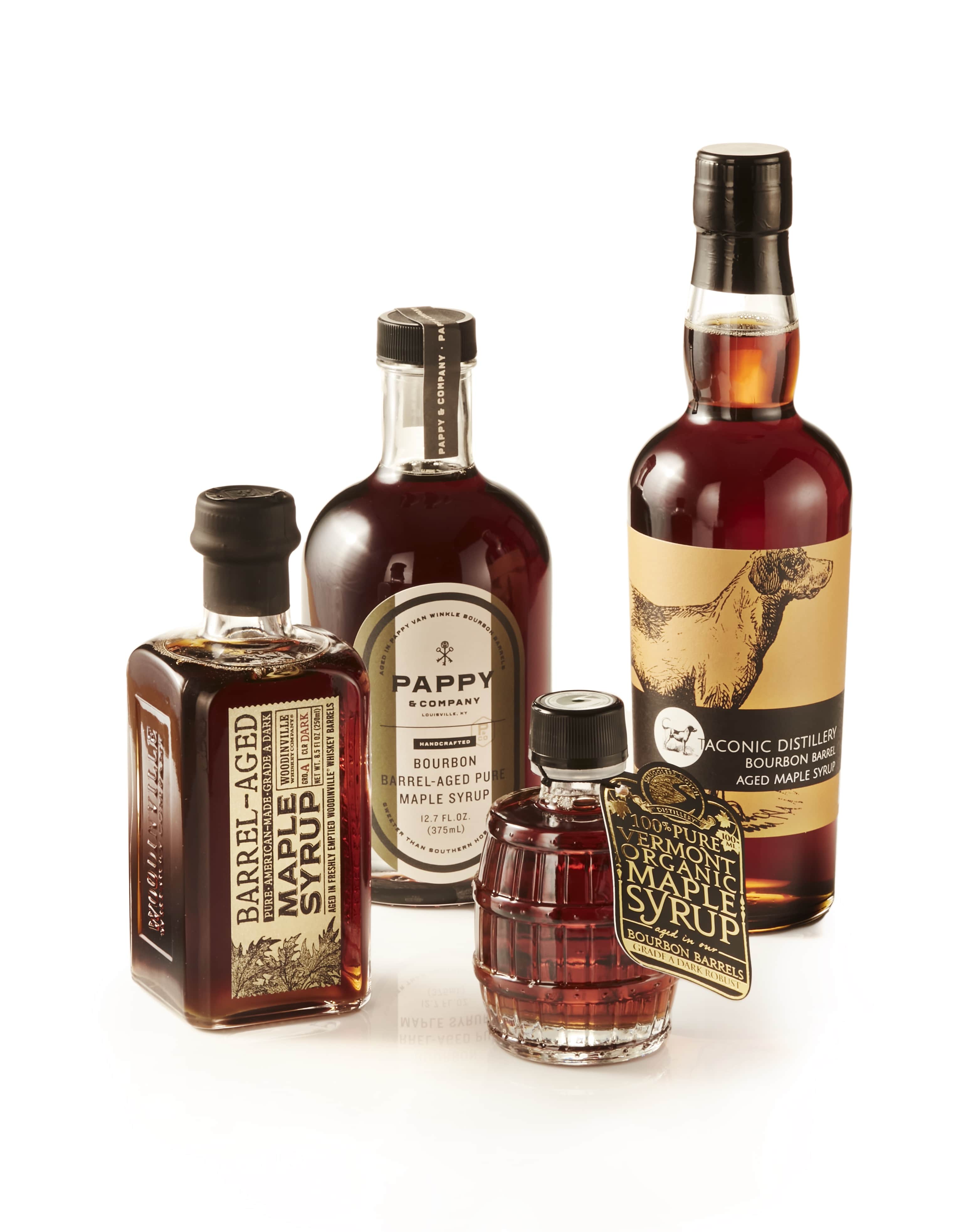