It's a big weekend for whisky lovers out west. For the first time in three years, Stranahan's is staging its Snowflake Festival at the distillery in Denver to celebrate the latest release of its Snowflake single malt. The festivities kick off today, and bottles will go on sale tomorrow morning. Tonight is the first-ever WhiskyFest Las Vegas, with whiskies being poured by Bruichladdich, WhistlePig, Hibiki, and many others, and seminars by whisky makers including Dewar's, Maker's Mark, and Suntory.

WhiskyFest is a great way to taste whiskies as soon as they're released, and this week there are some notable names with new expressions. George Dickel brings back its 17 year old Tennessee whiskey, now with wider distribution, and Heaven Hill announces the latest Parker's Heritage release, a blend of aged bourbons. Meanwhile, Johnnie Walker has debuted its latest bottling for the Lunar New Year, which celebrates the Year of the Rabbit. Read on for full details. 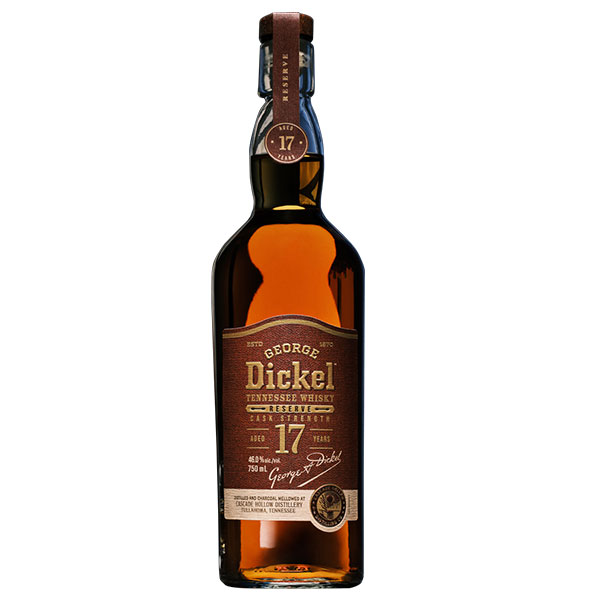 This whiskey was first released in 2016 as a limited edition, packaged in a 375 ml bottle size and available at the distillery and in Tennessee only. It now reappears 750 ml bottle size, and is available outside of Tennessee. Importantly, it’s higher in proof at 46% ABV, compared to 43.5% for its predecessor.

The first Dickel 17 year old Reserve came about when Alyssa Henry, who was Dickel’s distiller at the time, discovered 84 barrels of whiskey that had been filled and left in the warehouse in 1998. Henry initially feared the whiskey would be too oaky and old, as Dickel usually works with liquid that’s between five and a half and 14 years of age. But that was not the case—the first Dickel 17 year old Reserve was well received and sold out quickly. This expression aims to replicate the original, the key change being the higher ABV. Current general manager and distiller Nicole Austin tasted through Cascade Hollow Distilling Co.'s inventory for barrels whose whiskey matched the most important elements of the first release. 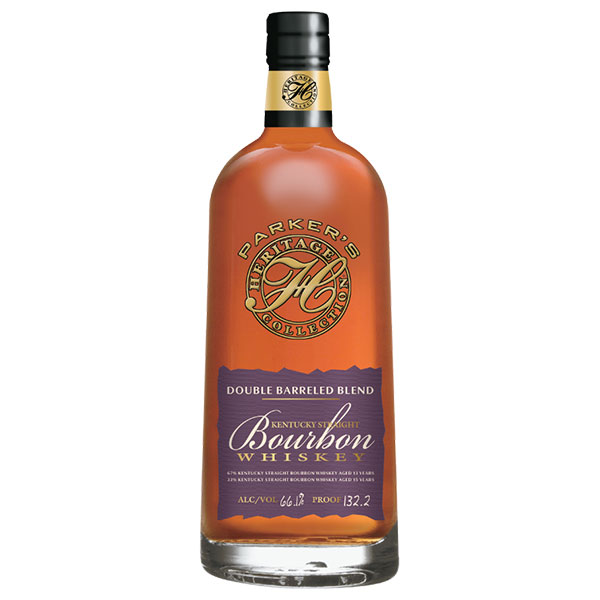 The 16th edition of this annual Heaven Hill release is a blend of two different bourbons: 67% is 13 year old straight bourbon that was distilled in December 2008 and aged on the 5th through 7th floors of Rickhouse Q and then rebarreled in new American white oak with a level 3 char for four weeks. The remaining 33% of the blend is 15 year old straight bourbon distilled in January 2007 and aged on the 2nd and 5th floors of Rickhouse II. The mashbill for this whiskey is 78% corn, 12% malted barley, and 10% rye.

A portion of the proceeds from the sale of Parker’s Heritage will be donated to support ALS research in honor of master distiller emeritus Parker Beam, who died in 2017 after battling ALS. Heaven Hill has contributed more than $1 million to the cause since 2013.

It was Giving Tuesday earlier this week, and Parker’s Heritage is one of a handful of whiskeys with a built-in charitable cause. Last year’s Parker’s Heritage release, an 11 year old wheat whiskey, scored 90 points, while the 2020 release, a 10 year old bourbon aged in heavily charred barrels, scored 93 points. 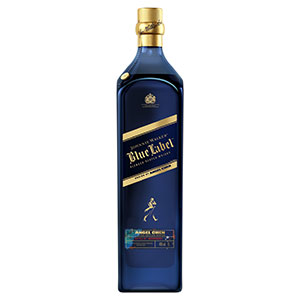 The approach of the Lunar New Year coincides with the release of a new, limited-edition Johnnie Walker expression in special packaging. This year, Johnnie Walker tapped Shanghai-based designer Angel Chen for the label illustration, which celebrates the upcoming Year of the Rabbit with a vibrantly colored rabbit as its centerpiece.

Given the creative element in Johnnie Walker’s Lunar New Year releases, they always make excellent gifts during the holiday season. Johnnie is far from the only brand to come out with special Lunar New Year bottlings ahead of the holidays. 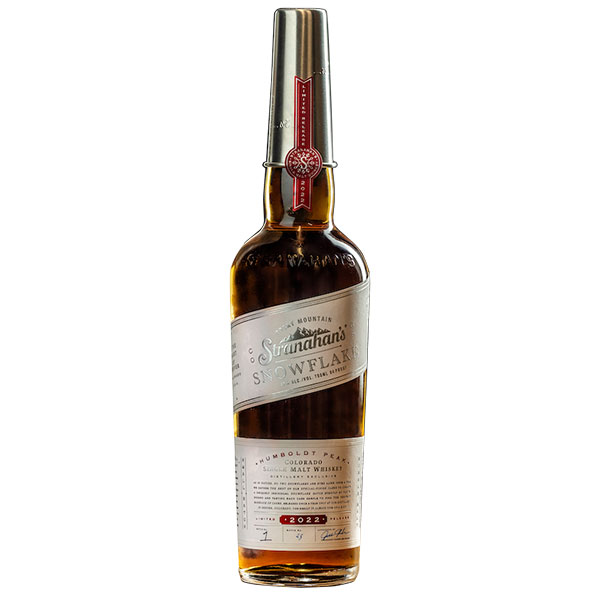 This is the 2022 edition of Stranahan's highly limited annual winter release, Snowflake. It's called Batch #25: Humboldt Peak, in keeping with the Stranahan's tradition of naming each iteration of Snowflake after a Colorado mountain that's over 14,000 feet high. As always, this year’s whiskey was aged between five and ten years in new white American oak barrels with a #3 char, and then finished in a variety of wine, sherry, and rum barrels. The finishing choices for Humboldt Peak included ex-Cabernet Sauvignon, Oloroso Sherry, and Barbados rum casks.

For the first time in three years, the release party was held at the Denver distillery. Known as the Snowflake Festival, the event features live music, games, food, and more. The festivities kicked off Friday and culminated with today's unveiling, attracting whisky lovers from around the country who hope to procure a bottle of Snowflake. No two Snowflake releases are alike. Last year, Stranahan’s released two batches of Snowflake, dubbed Sunshine Peak and Mount Eolus. 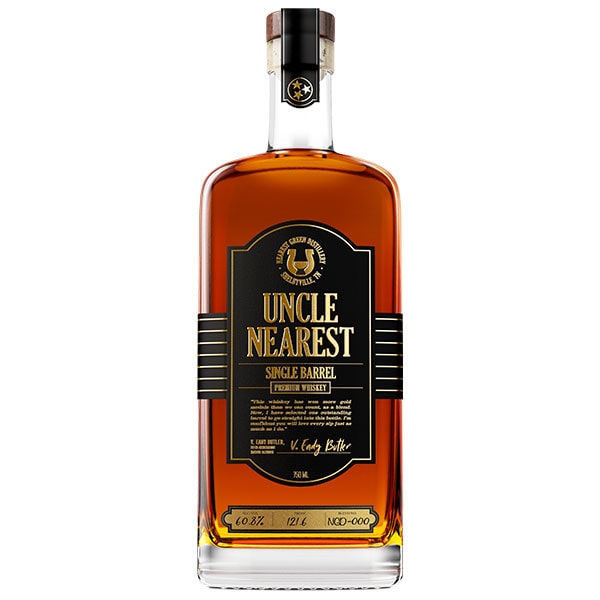 This new single barrel whiskey from Uncle Nearest is the second of three new releases in their 12 Weeks of Christmas series, following a nationally available straight rye announced last month. Bottles are available for preorder now through ReserveBar.

Uncle Nearest has released single barrel whiskey in the past but in a far more limited quantity. We reviewed two 11 year old single barrels in 2019, scoring them both 95 points. 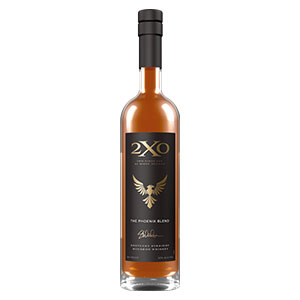 The inaugural whiskey from master blender Dixon Dedman’s new 2XO (meaning “two times oak”) brand, The Phoenix Blend is a marriage of Kentucky straight bourbons composed of two proprietary mashbills from two undisclosed distilling partners. One is a high-rye bourbon, while the other has moderate rye content. The whiskey was finished in new charred oak barrels, in line with the 2XO name.

Dedman, in partnership with Prestige Beverage Group, announced news of 2XO earlier this year. The brand marks Dedman’s return to whiskey making after his 2021 sale of Kentucky Owl—the family label he revived in 2014 that gained huge renown among American whiskey lovers. The first whiskey in this new venture is a one-off, and every 2XO small batch release hereafter will go unrepeated as well; Dedman plans to come out with two entirely new small batch whiskeys and a single barrel release each year. There will also be permanent offerings in the 2XO lineup: an entry-level bourbon, retailing at around $50, and a luxe offering, priced at $200. 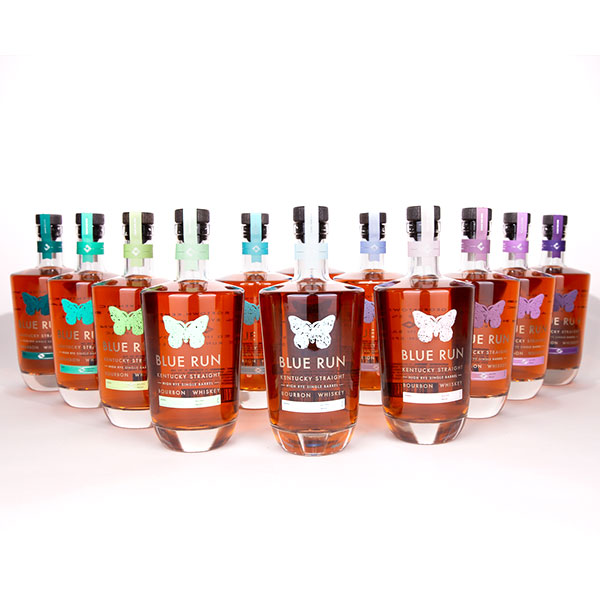 Blue Run Spirits is bringing back its 12 Days of Bourbon featuring a dozen single barrel, barrel proof high rye bourbons. Known as the Winter Solstice Collection, one whiskey will go on sale each day starting December 1st only at the Blue Run website. The whiskeys were contract distilled by Jim Rutledge at Castle & Key, and aged in the darkest recesses of Blue Run’s northmost rickhouses. Whiskey director Shaylyn Gammon selected the barrels focusing on warm, sweet flavors that pair well with the winter season. The 12 barrels she chose, and the days they will be released, are as follows:

The second annual 12 Days of Bourbon comes just two weeks after Blue Run announced the release of its Emerald rye, the second rye from the brand, and the first distilled by Rutledge at Castle & Key. While most mainstream bourbon releases blend multiple barrels together to achieve a uniform profile, single barrels offer a unique glimpse at the wide range of flavors a distillery can achieve. As for which of these to choose, everybody has their preference on proof, though perhaps one of the planetary names speaks directly to you. 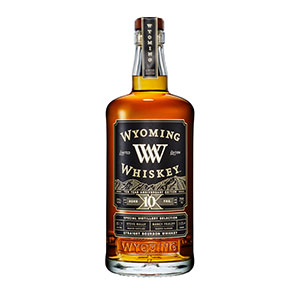 As its name implies, this bourbon celebrates Wyoming Whiskey’s ten years in business. Master distiller Steve Nally and master blender Nancy Fraley selected 20 of Wyoming’s rarest casks for the release, which has a mashbill of 68% corn, 20% rye, and 12% malted barley.

This is Wyoming’s oldest release to date. The distillery opened ten years ago with a Small Batch bourbon; since then, it has released countless whiskeys, among them a Barrel Strength bourbon (92 points) and Outryder American whiskey (91 points), as well as its National Parks series, which honors various national parks across the country. 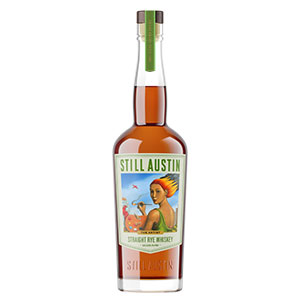 This 100% straight rye is made from Texas grains and distilled at Still Austin. The Artist is the distillery’s sole rye whiskey, and, as with other Still Austin releases, the label artwork is by Texan artist Marc Burckhardt.

After setting up shop in Austin in 2015, Still Austin didn’t release its first whiskey, a bourbon, until 2019. The following year, the distillery unveiled its flagship product, The Musician straight bourbon, and since then has launched a cognac-cask finished bourbon, a cask strength bourbon, single barrel bourbons, and a gin. 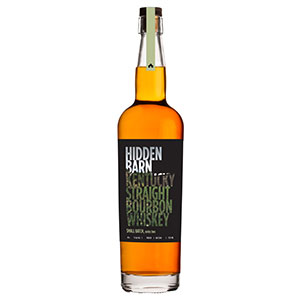 Blended by master blender Jackie Zykan, this one is composed of 10 different barrels sourced from M.B. Roland Distillery in Pembroke, Kentucky. The whiskey, which features a high-rye mashbill of 60% corn, 35% rye, and 5% malted barley, is double pot-distilled and aged for 5 to 6 years.

Jackie Zykan launched Hidden Barn earlier this year, departing from Old Forester (where she was the distillery’s master taster for seven years). Hidden Barn’s initial release was small—seven barrels in total—and this isn’t much larger at 10 barrels. While each has sold quickly, there is still whiskey from Series One available, specifically #005, as well as a limited edition bottling finished in madeira casks. As of now, Hidden Barn is available in Kentucky and Colorado, as well as online in 22 states and Washington, D.C. 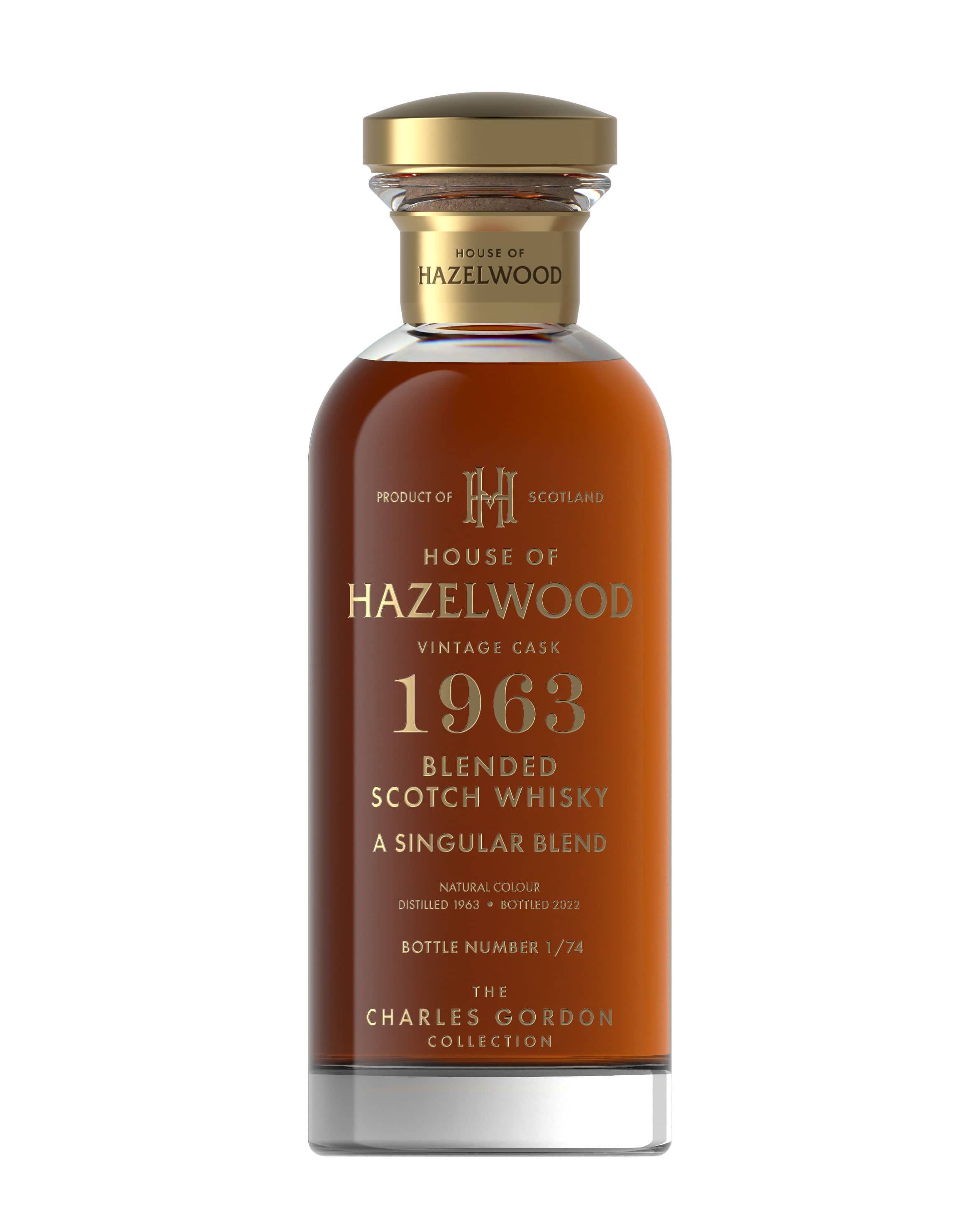 House of Hazelwood is a new enterprise that aims to bring an unrivaled collection of rare scotch whiskies to collectors and connoisseurs. The Autumn Collection forms two quartets:

House of Hazelwood The Legacy Collection:

House of Hazelwood was created to honor the family owners of William Grant & Sons and the scotch whisky industry by bottling whiskies from stocks laid down by previous generations of the family—although it is a separate company from William Grant & Sons, the owners of Glenfiddich and Balvenie Distilleries. This company name comes from Hazelwood House, the family home near Dufftown, where William Grant’s granddaughter Janet Sheed Roberts used to live. During her life, she practiced law, opened Kininvie Distillery in 1990, and became the matriarch of the Gordon family. She was Scotland’s oldest person when she died in 2012 at the age of 110.

These whiskies offer a combination of history, blending expertise, and flavorful insights into the making of scotch whisky that will have particular appeal to devotees of The Last Drop Distillers, Compass Box, and Gordon & MacPhail. Over the decades, the blenders at William Grant & Sons had access to all manner of casks from distilleries far beyond the company’s ownership, including distilleries that are now closed. Each whisky is unique and unrepeatable.

A Singular Blend is a melange of a single malt and single grain whisky distilled at the same Highland distillery—the distillery is unnamed, but there have been previous single blends distilled at Lochside Distillery from 1963 released by other bottlers. The Old Confectioner’s was matured in refill sherry butts, and this old blended malt is said to be evocative of an old-fashioned candy store. The Next Chapter was distilled in 1972 and underwent an unusual finishing process by spending its last 15 years in first-fill bourbon casks, while The Unknown was distilled in 1978, blended in 1989, and spent the last 33 years in a single refill sherry butt.

The Legacy Collection whiskies are bottled in greater numbers, and contain two regional whiskies, and two blended grains from the mid-1980s when several closed grain distilleries were still operating. A Trail of Smoke is a blend of island malts with a whiff of smoke, while The Lowlander blends malt and grain whiskies from the Lowland region. We’ll have full reviews and ratings of all eight bottlings in an upcoming Whisky Advocate Buying Guide.